To detain or not to detain: Why a youth was arrested for reciting poetry 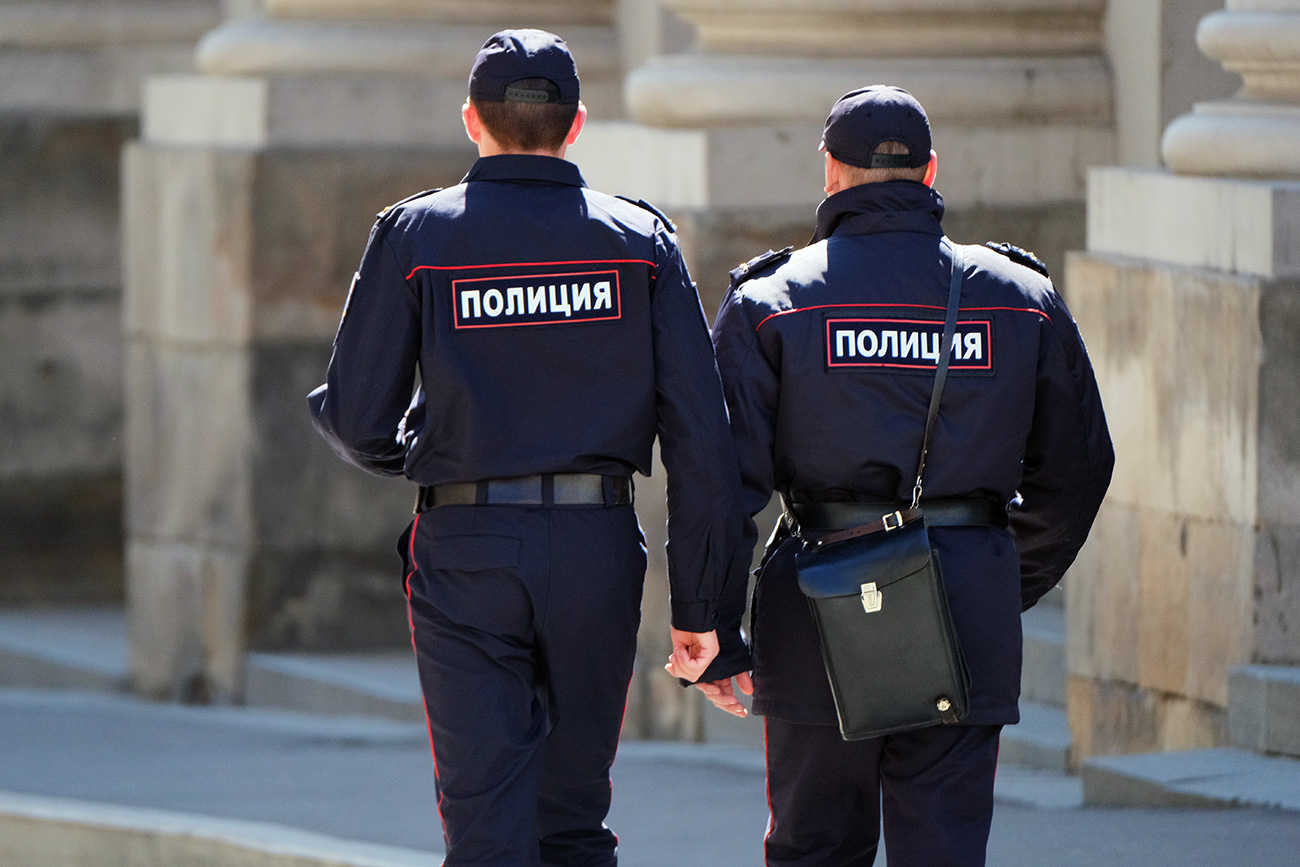 Violent detention of a boy reciting Hamlet in Moscow sparks debate in society.

Natalia Seliverstova/RIA Novosti
The police in central Moscow on May 28 detained a 10-year-old boy who was reciting Hamlet to passers-by for money. Video showing his detention has spread across social media, prompting heated discussions about the police actions.

In Moscow, not far from Arbat street (popular with tourists and a favorite place for street artists and musicians), the police detained a 10-year-old boy who was reciting Shakespeare's Hamlet to passers-by. He had placed a bag in front of him as street performers usually do.  A patrol noticed the child and decided to take him to the police station, but the boy tried to break free, screaming hysterically: "Help! Help!" He was then forced into a squad car.

A video filmed by eyewitnesses showing the child's detention was posted online, prompting a flurry of criticism. Reaction to the scandal quickly gained momentum and now it seems everyone is willing to offer their own view on the authorities’’ actions - from the Russian Investigations Committee to the ombudswoman for the rights of children, lawyers and social media users.

Ten-year-old Oskar was not alone in the street. According to the child's father Ilya Skavronsky, the boy's stepmother was about 20-25 metres away, reading a book. When the woman saw the police, she tried to take the boy away. Then she asked the officers not to take the boys alone, swore at them, and filmed the affair on her smartphone. The woman's clothes were torn and her phone was broken. She was not allowed into the police car.

According to Skavronsky, the boy was not begging (begging is illegal and an administrative offense in Russia – RBTH). "He attends drama classes. Reciting in the street helps him overcome his insecurities. It is not the first time that he has gone out and recited something. The police never approached him in such a brutal manner before. They would approach him, pat him on the head and say: 'Ok, you can stay here for a while and then go home.' That was always the case. This is the first such outrageous incident," the boy's father said in an interview with the Govorit Moskva radio station.

He described the actions of the police patrol as "immoral" and "inhumane."

After recording the fact of his detention, the Moscow police officers, according to their website, officially apologized to the child for the "inconvenience caused." As regards his father and stepmother, the police drafted protocols - Skavronsky is charged under an article (of the Criminal Code) for non-fulfilment of duties in the upbringing of minors (which can lead to a fine of between 100 and 500 rubles [$1.7 to $8.8]); as for his wife, she can now be arrested for 15 days for disobeying police orders.

According to the police press service, the child drew the officers' attention because he was acting strangely, going from car to car, and "looked lost." There were no adults with him, so the officers decided to take him to the police station for further investigation.

The child himself told them his name and that he was on his own and also that he was "engaged in collecting monetary funds,” says a statement by the press office, while his stepmother introduced herself as a neighbor, did not provide any ID, and, at the same time, asked for the boy to be allowed to come with her, something that would have been "a blatant violation of the law." The boy was not arrested because he is not yet 16.

Who is right - the boy or the police?

The video of Oskar's detention was posted on the Internet, sparking a debate on social media networks on who is right in this situation and whether the police should detain children.

"The manner in which the police officers treated the boy and the way in which he was removed from the street amount to a degree of force for which there is no justification," Elena Alshanskaya, president of the "Volunteers to help orphans" foundation, said. According to her, the police officers should simply have taken the boy home and found out whether he was begging voluntarily or had been forced to do so.

Anatoly Kucherena, head of the Public Council under the Russian Ministry of Internal Affairs, who is providing legal aid to the family, cannot understand why the stepmother was not invited to accompany the child: "I believe that when a child screams and police officers ignore the fact there is an adult with him is a violation of human rights."

But a different reaction emerged. Deputy speaker of the State Duma Sergei Neverov, wrote that it had been "100 percent a planned provocation," admittedly without specifying by whom. "There were journalists, as well as a neighbor, nearby but law enforcers should act professionally," his comment said.

Some people recalled that there is an article in the Criminal Code of the Russian Federation that bans involving minors in begging and that in this case it makes no difference whether begging involves reciting lines from Hamlet or holding a sign about saving the life of a sick mother. In addition, the Internet and federal television channels reported that Oskar's father and his stepwife were unemployed, that they were from Kiev and had constantly borrowed money and often taken the child to  Arbat to earn money.

The Russian Investigations Committee is to give a legal assessment of the police actions. The ombudswoman for the rights of children under the Russian president has also promised to find out what really happened, noting that it’s premature to draw any conclusions. Presidential press secretary Dmitry Peskov told journalists that the president knew about the incident of the boy but said "it is not on the president's agenda".