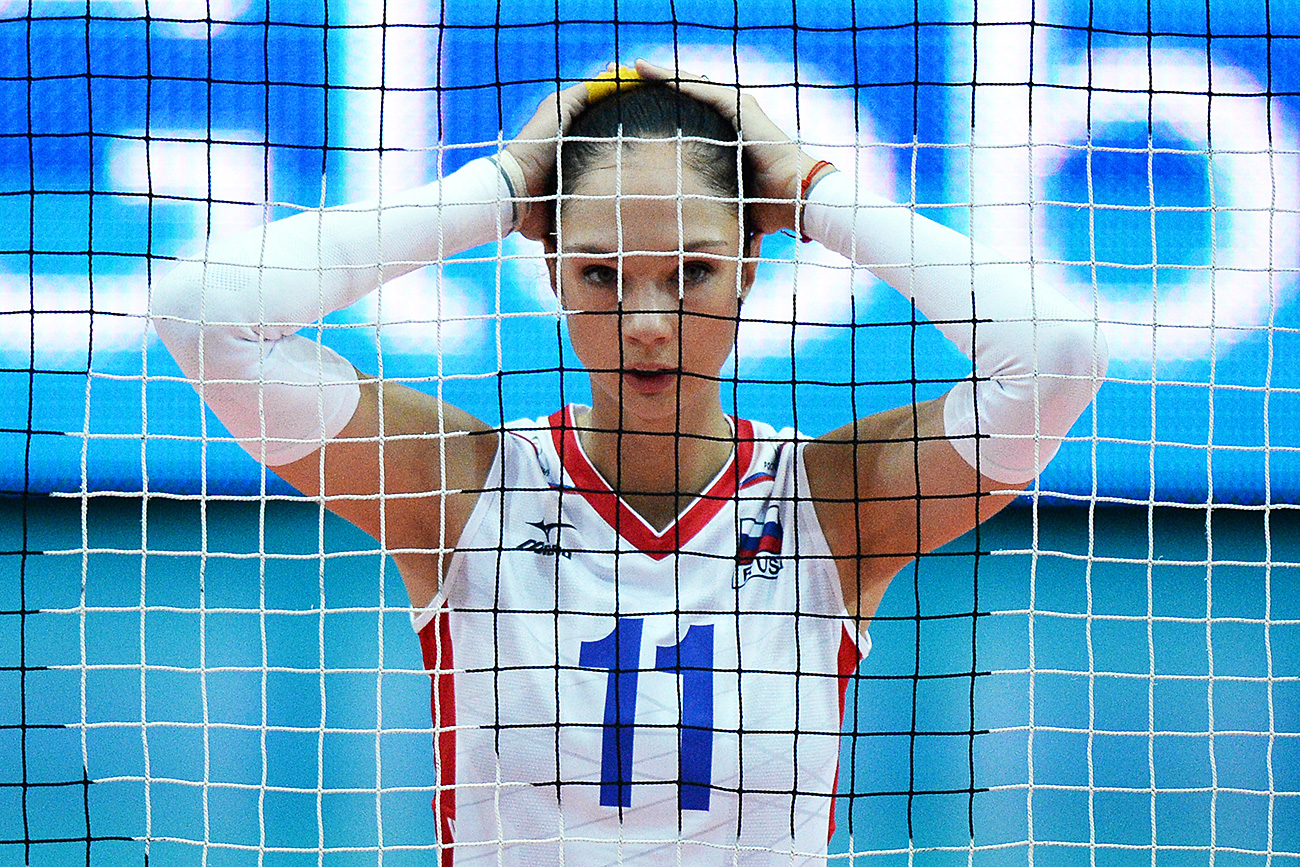 Vladimir Pesnya/RIA Novosti
There are a number of young, exciting female sports stars experiencing huge success - both in Russian and internationally - so the future looks bright. RBTH has picked out a few homegrown talents to watch out for in the coming years.

Traditionally, Russia’s female sporting teams have excelled at gymnastics, synchronized swimming, and ice skating on the international stage. But the last decade has seen women turning their hand to a number of male-dominated sports including rugby, handball, chess, and even wrestling - and many medals have followed.

In the USSR, the female handball team enjoyed huge success, winning gold at both the Olympics and World Championships. They dominated the sport for almost 15 years but the team hit rocky ground in modern Russia and their results nosedived. It wasn’t until 2001 that their fortunes improved and the women’s handball team tasted gold once again. They are now preparing for the World Championship in Germany in December 2017. 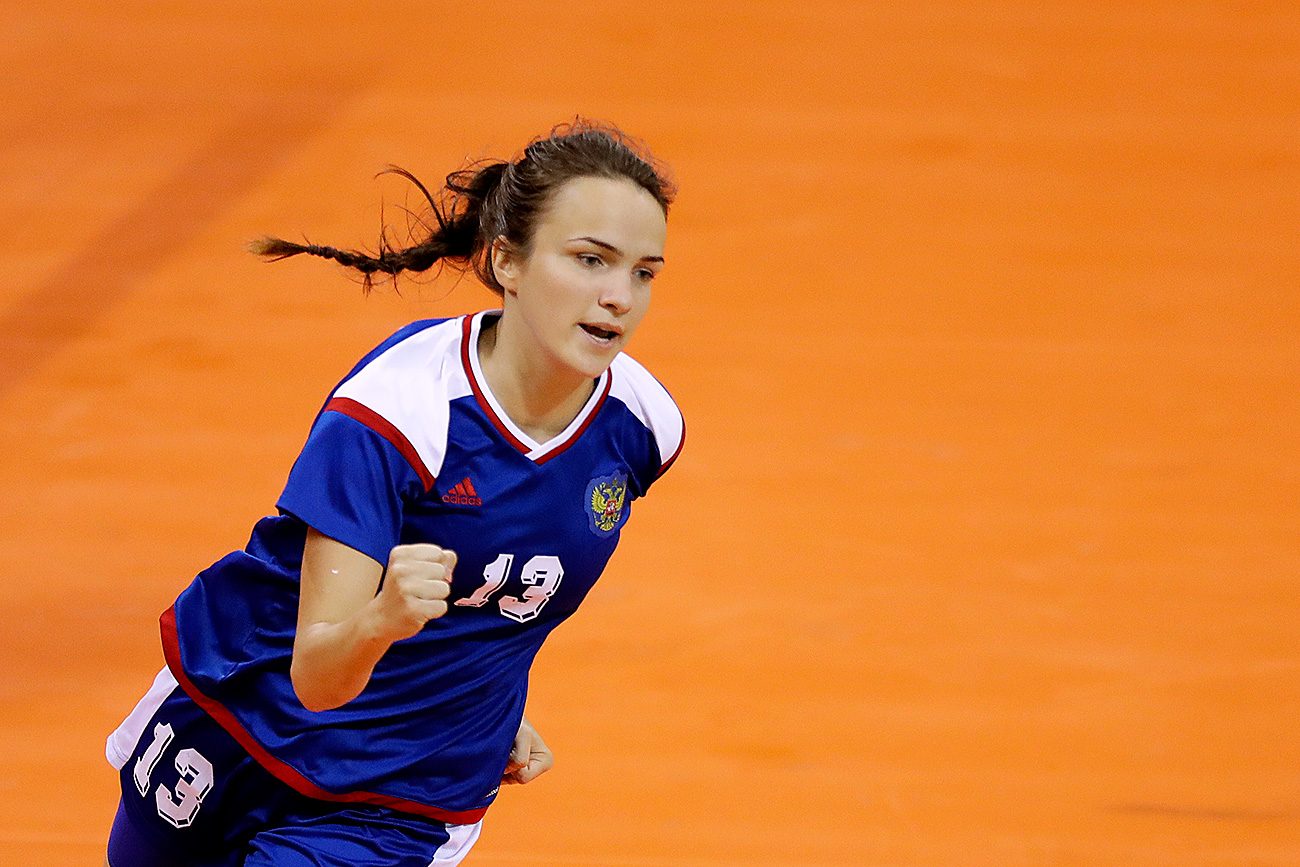 Talent watch: Anna Vyakhireva, 22. She comes from a family of handball players - her father coaches in Zvenigorod and her older sister Polina Kuznetcova also played for the national team in Rio.

Somehow all major Russian chess players have surnames starting with “K”: Karpov, Kasparov, and Karjakin - what’s more, they are all men. However, watch out for Kosteniuk (Alexandra) and the Kosintseva sisters (Nadezhda and Tatiana). For the last decade, the women’s chess team has amassed an impressive medal haul. 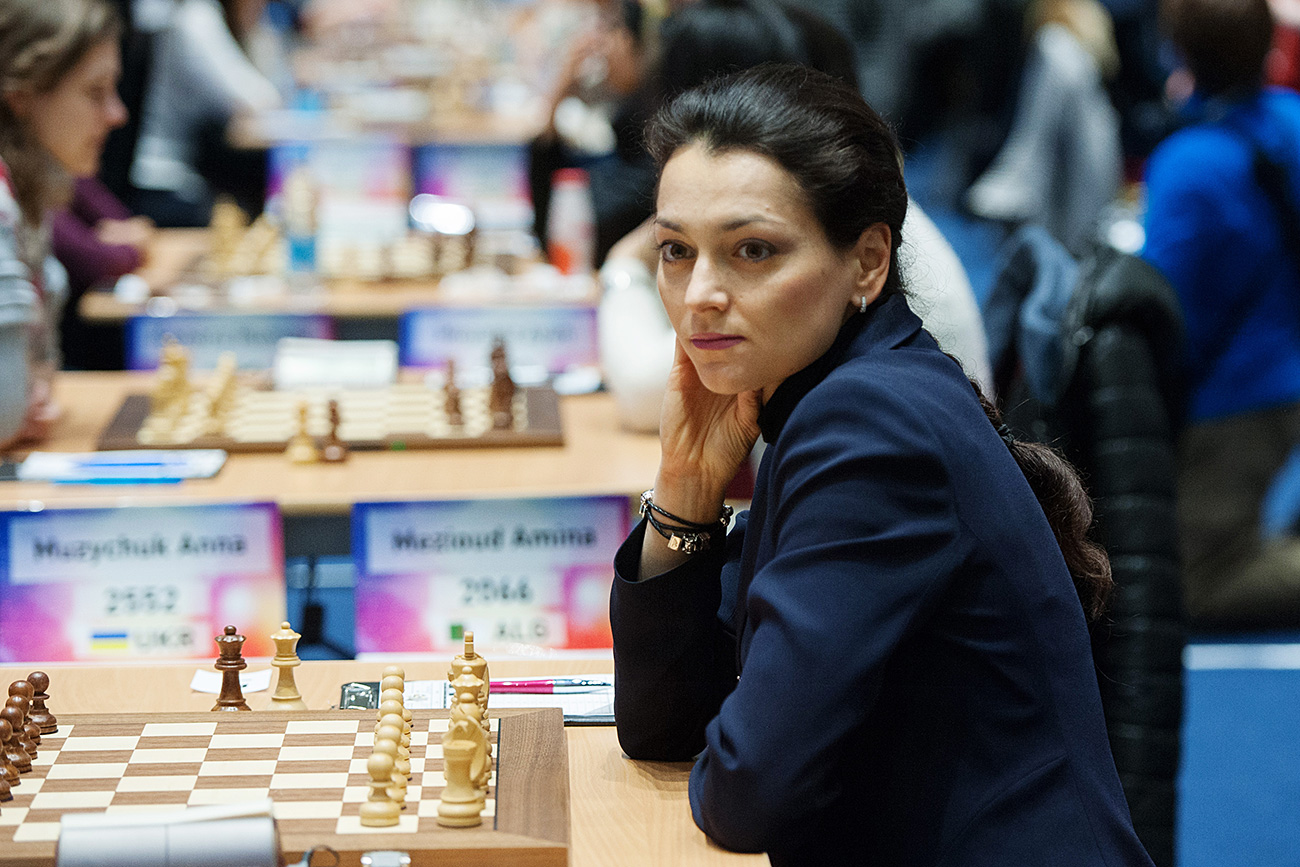 Alexandra Kostenuk on the first day of the 2015 world chess championship among women in Sochi. / Nina Zotina/RIA Novosti

Talent watch: Alexandra Kosteniuk, 33, a self-proclaimed “chess queen” (that’s her username on Instagram). She trained religiously as a child under her father’s mentorship and later they wrote a book together: “How I became grandmaster at age 14.” She’s also the first woman to win the men’s Swiss Chess Championship.

The men’s Soviet volleyball team was famous the world over. Winning gold at major championships almost became a formality. The game was played from a young age by Russians in school but following the breakup of the USSR, the sport was thrown into turmoil and both the men and women’s team suffered. However, during the last decade things have improved, and Russia’s female team have been competitive at many major tournaments. 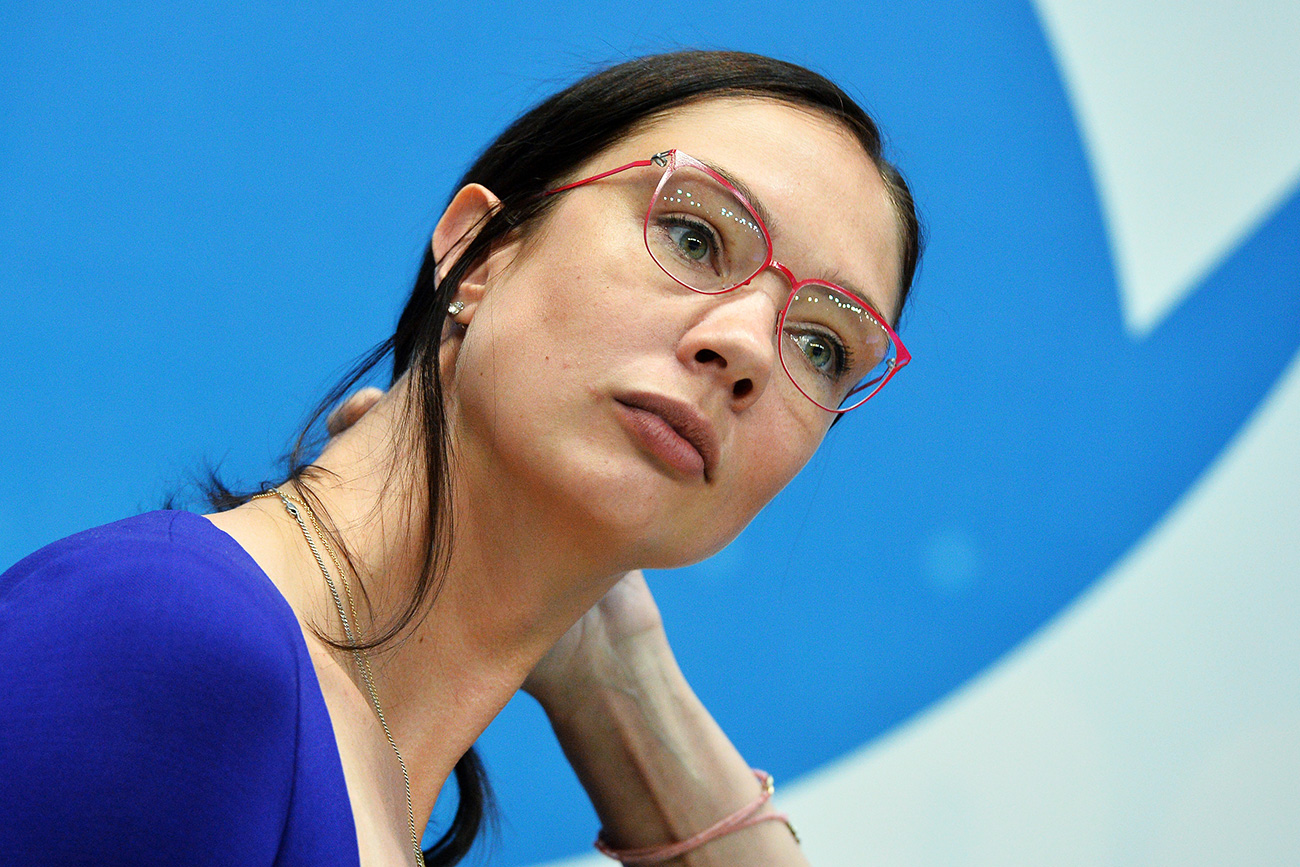 Talent watch: The junior volleyball team under the mentorship of Ekaterina Gamova, 36, who is coined “Catherine the Great of Russian volleyball.” Sadly, injury forced her to retire early - she was the best female volleyball player in Russia - but she took up coaching. Her team has already triumphed at the 2017 CEV Under-18 Women’s Volleyball European Championship.

Rugby was a bit of a novelty in the Soviet Union. The sport was barely played at all so when the first squad was assembled, athletes from several athletic teams were shoehorned into the team.

Rugby sevens, a variant of the sport with seven players on each team as opposed to the usual 15, was adopted by Russia and the women’s team have been making waves ever since taking up the sport. They have played the likes of New Zealand, Australia, Canada, the U.S., and Spain, not to mention winning the European Championships for the past five years - quite some feat. 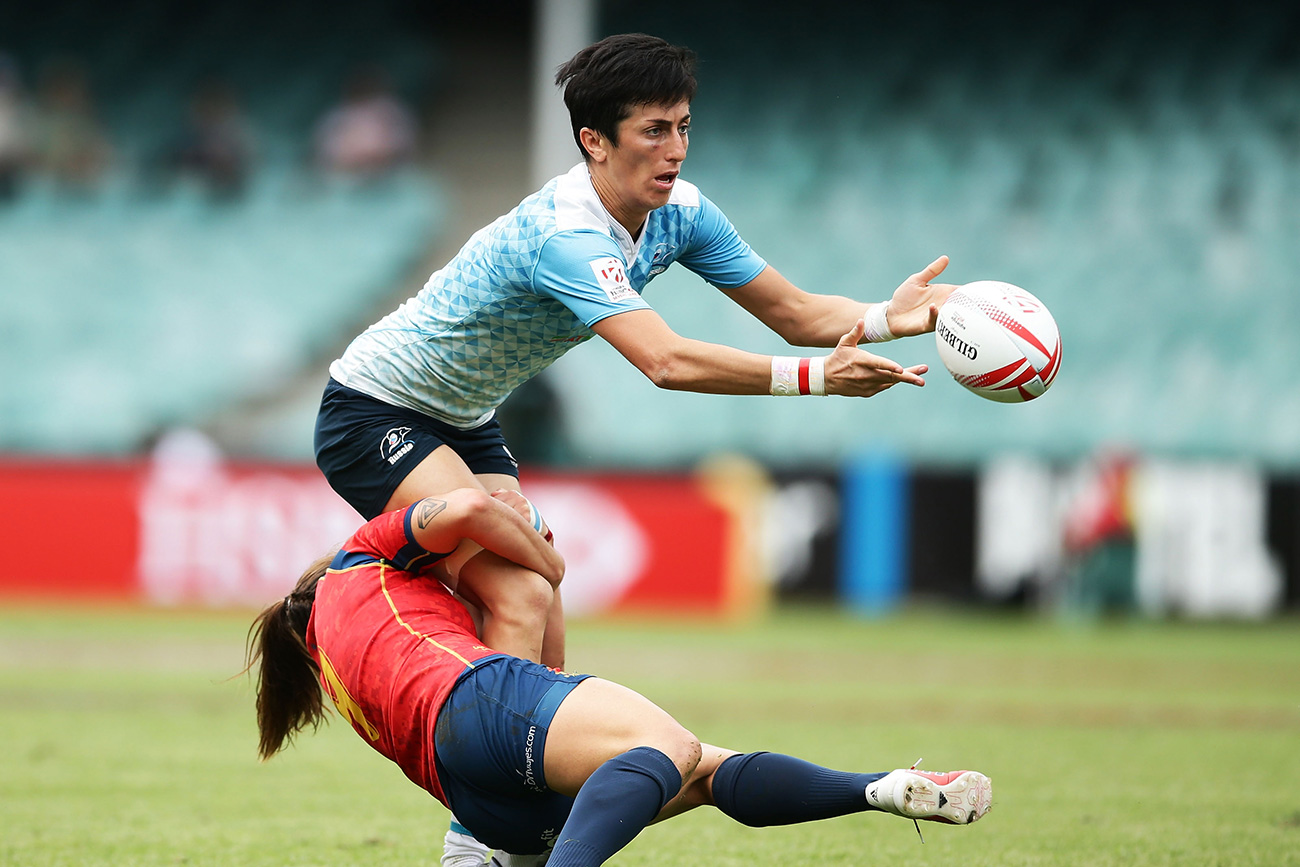 Talent watch: Baizat Khamidova, 26, the first woman from the Republic of Dagestan to represent Russia at rugby. Apparently, Russia’s rugby coach Pavel Baronowski was so desperate to recruit Baizat and her sister for the team that he personally journeyed to their remote village in the Caucasus Mountains to sign them up.

The “Scrumqueens” website namedBaizat one of the top five female rugby players in the world.

Wrestlers from the Soviet Union were regarded as some of the best in the world. They scooped countless gold medals. Female wrestling wasn’t introduced until 1990, but the women didn’t hang about and soon started to replicate the success of their male counterparts.

Saniyat Ganuchaeva, Olga Smirnova, and Tyvan native Lorisa Oorzhak have won a total of five gold medals at major tournaments. Oorzhak’s triumph in 2010 was particularly significant given she was badly injured in a car crash before competing, and lost one kidney - yet she still came out on top. The Russian female team enjoys a fiery rivalry with the Japanese. 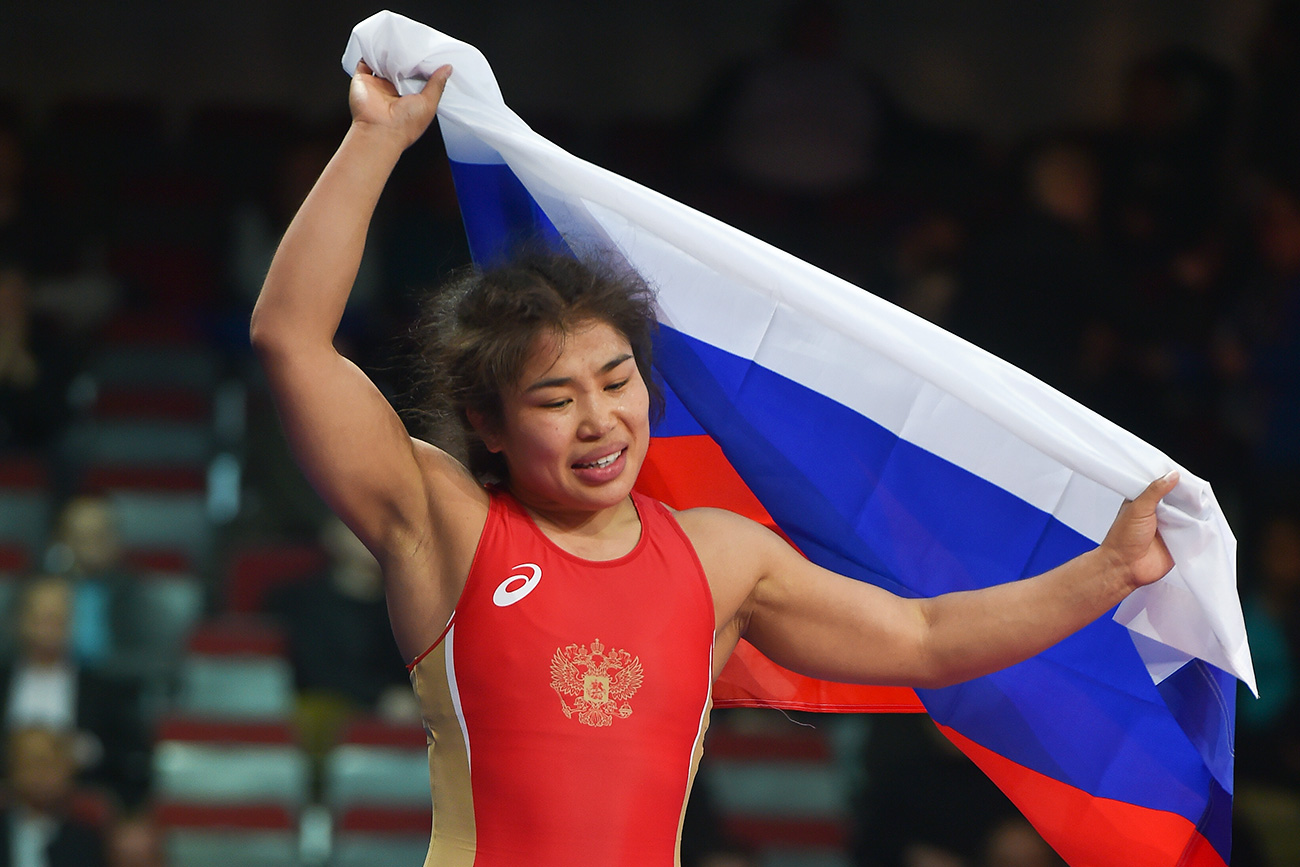 Irina Ologonova celebrates victory after the final match at the Wrestling European Championships in Riga, Latvia in 2016. / AFP

Talent watch: Irina Ologonova, 27, a Buryat native, who got into wrestling by accident after one of her friends dragged her along to a practise session. She comes from a very simple family in a remote village in the Buryat Republic and her father used to be dairyman. She’s since become a huge force in the wrestling world, winning several golds, and now aims at the World Championship and the Olympics.