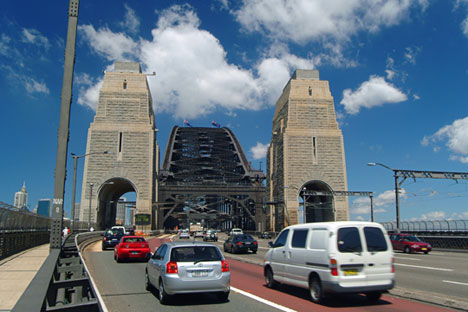 An application for the personalised number plate “Putin” was rejected recently in New South Wales (NSW) “for political reasons”, a spokesperson from the state’s Roads and Maritime Services (RMS) told RBTH.

Sydney resident Artyem Kozmin received a letter in November from the company myPlates, which said that his application for the plate “Putin” had been refused on the basis that it would not be appropriate for display on a registered motor vehicle in NSW.

The letter also stated: “myPlates and the RMS reserves the right to decline to issue, or withdraw from issue any number plate which is considered to be offensive or in bad taste. This includes number plates that contain content relating to political, religious or inflammatory topics.”

The RMS spokesperson did not explain what the political reasons for refusing “Putin” were, but said “other restricted number plates included ‘Jihad’, ‘Hitler’, ‘Pope’ and ‘Osama’.”

When asked whether other politicians’ names would also be rejected – for example, “Obama” – the RMS did not respond. RBTH also did not receive a response from myPlates.

Kozmin, a Russian-Australian of Cossack descent and a passionate supporter of Russian President Vladimir Putin, is angry about the decision.

He told RBTH that the fact that the same personalised number plate had previously been issued in Victoria showed that the decision was likely a result of prejudices in Australia’s current political climate.