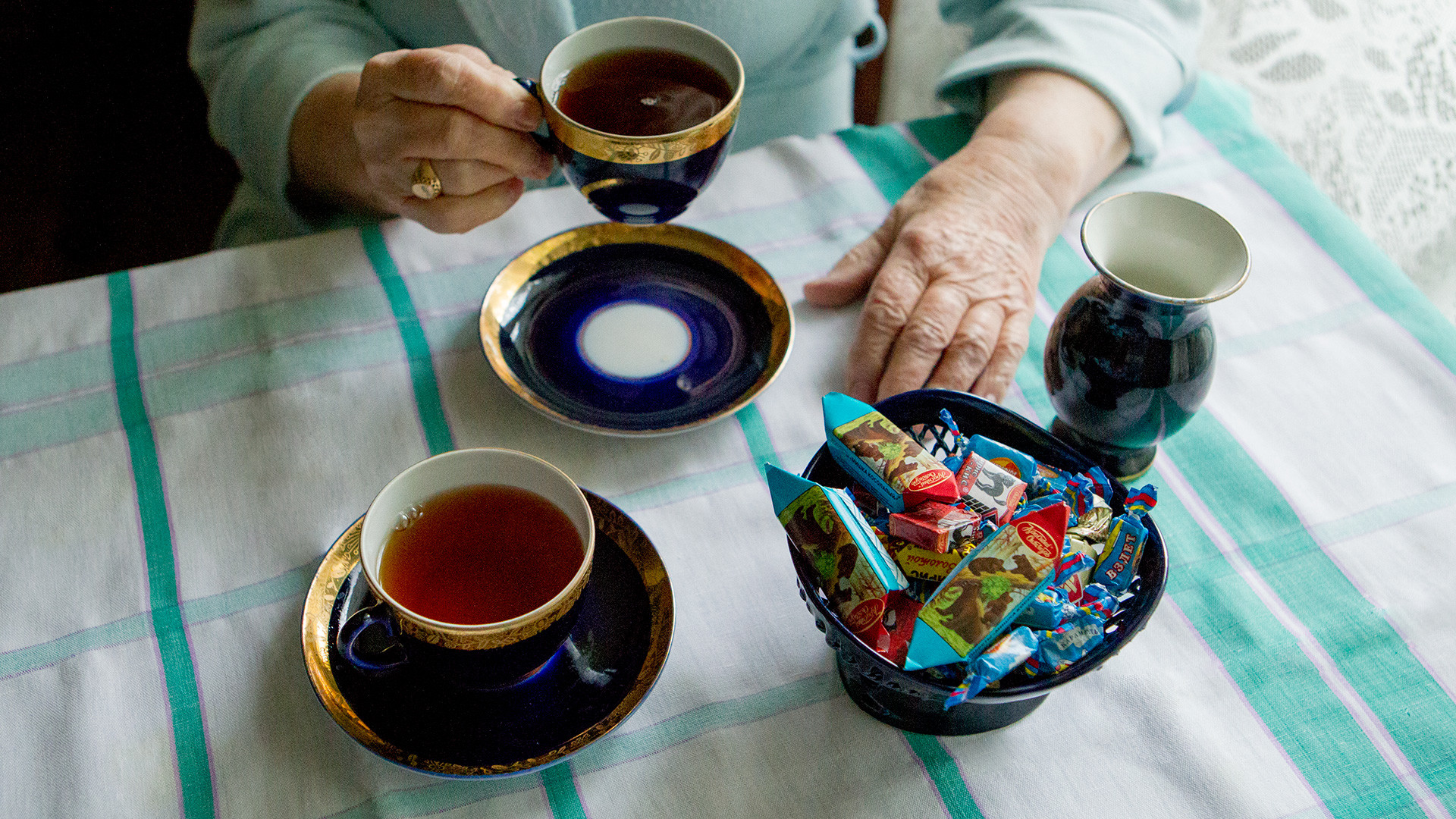 Asya Cho
What children in the USSR spent their pocket money on.

Those who grew up in the USSR still remember Soviet candies with particular fondness. Children would save the money their parents gave them to pay for school meals or a tram journey in order to buy 100 grams of lollies or toffees. But chocolate candies were expensive and scarce, and they were bought only for special occasions. 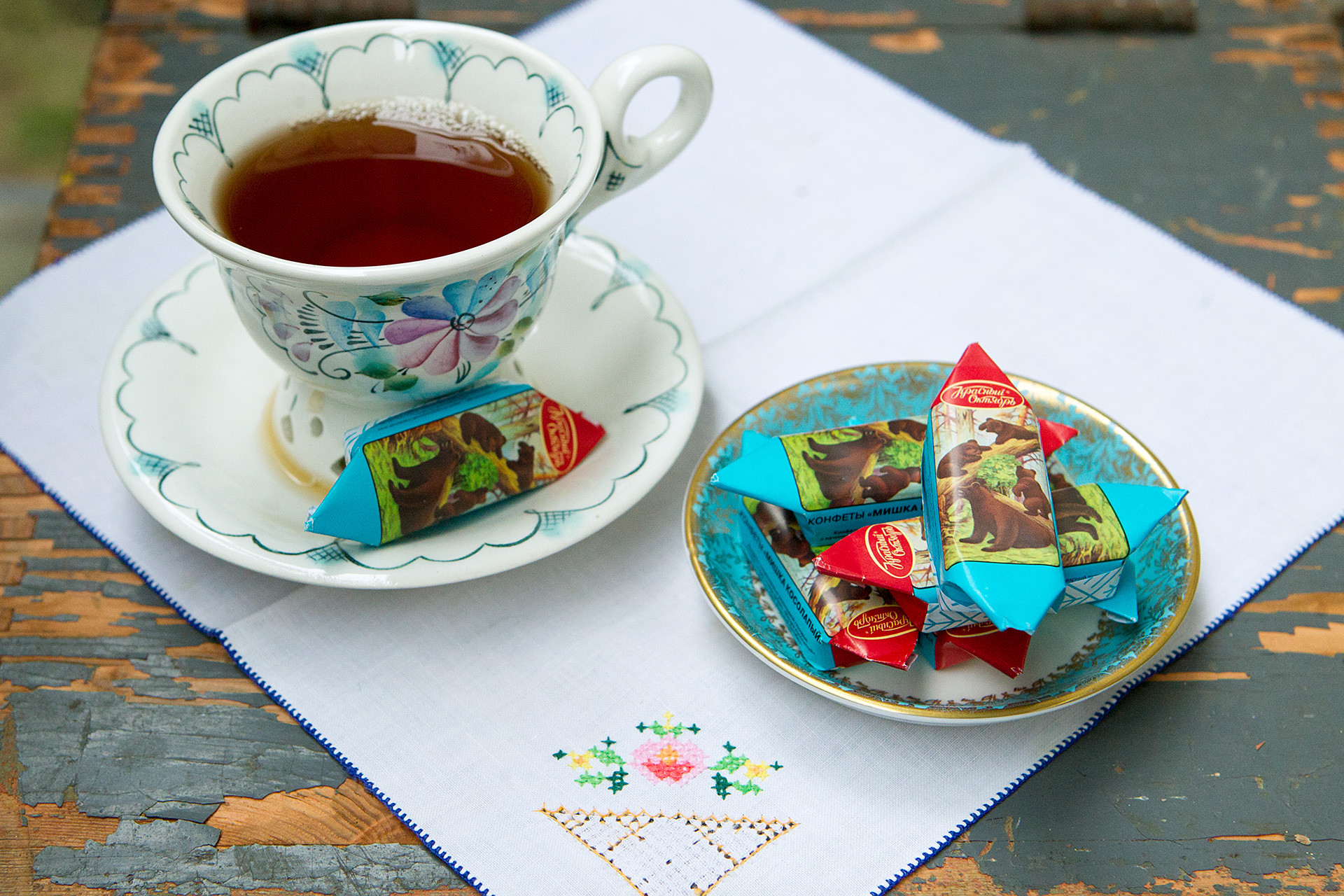 Although Mishka Kosolapy (Clumsy Bear) candies were originally produced back in tsarist Russia, they became a kind of confectionery symbol of the USSR. The candy consisted of two wafers with almond praline covered in dark chocolate. But it became particularly popular with Soviet citizens not for its taste but for its wonderful blue wrapper showing a fragment from Morning in a Pine Forest, a painting depicting three bears by Ivan Shishkin and Konstantin Savitsky. The candy was expensive, it cost almost four rubles a kilo in those days, which is almost $7 at today's prices. People in the USSR would try to buy Mishka Kosolapy for New Year to decorate their tree. 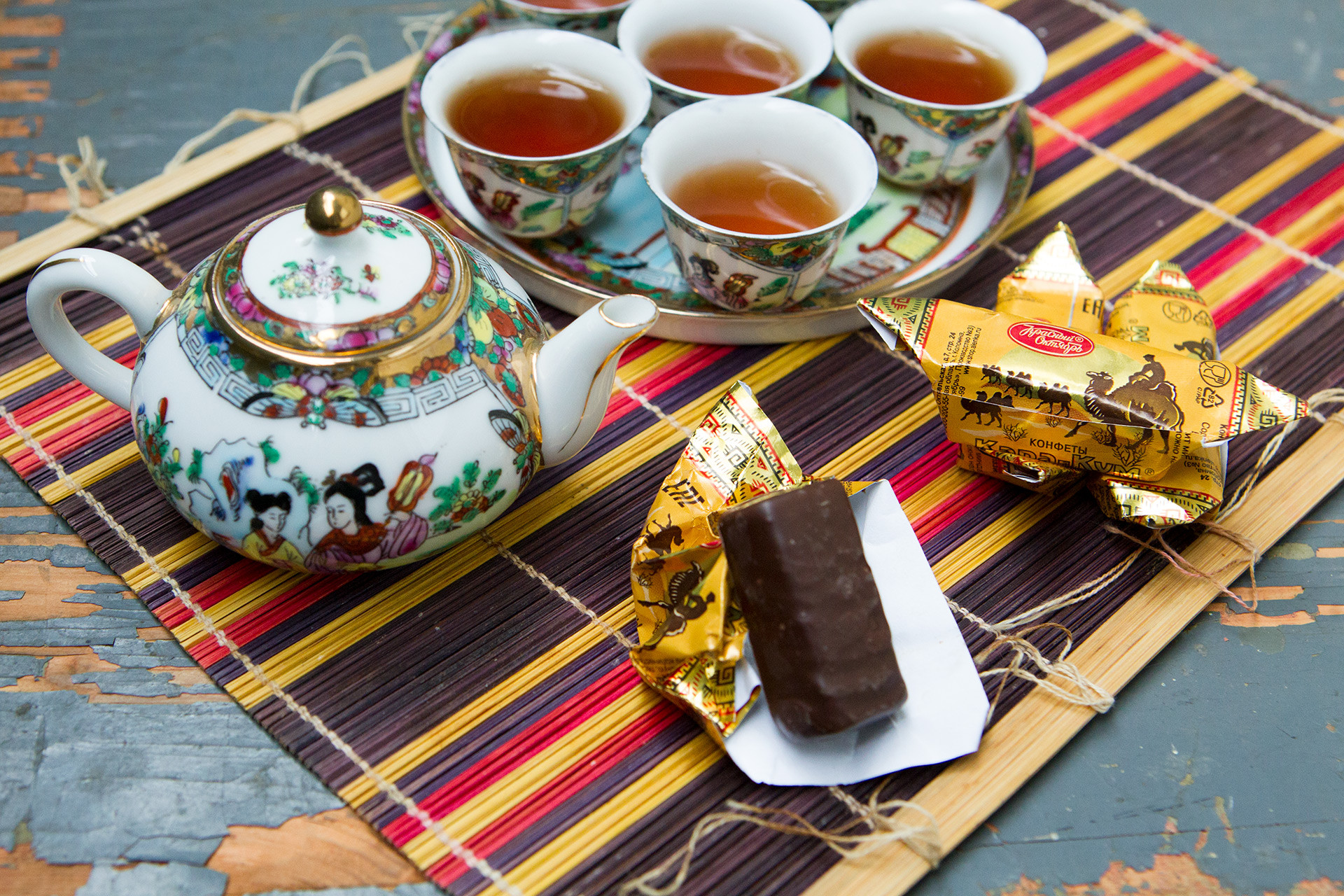 Why exactly a popular and tasty candy was named in honor of a desert in Turkmenistan is impossible to say for sure. The candy has nothing to do with black sand, which this is what Kara-Kum literally means in the Turkmen language. Kara-Kum chocolate is made of nut praline and crushed wafers covered with chocolate glaze. Customers loved its nutty chocolate flavor and in the nineties even American confectionery factories produced Kara-Kum. Its price was similar to Mishka Kosolapy. 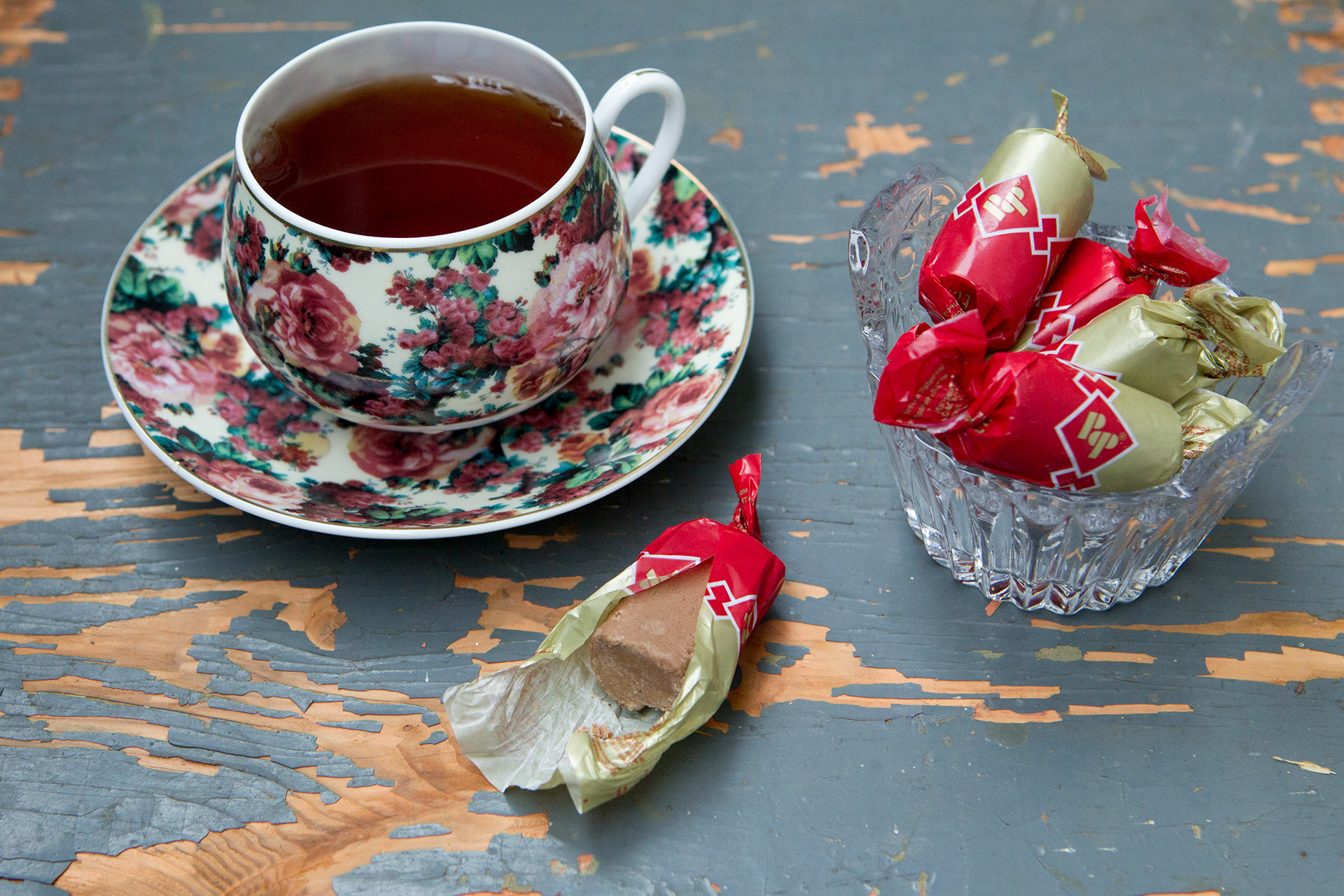 bars of wafer crumbs and grated peanuts were a delicacy loved by many children and adults. It was not that easy to find them in the shops, so if people did manage to buy them, they used to save them for the holidays. Though, of course, children would immediately find the hidden candies and return from time to time to eat them one by one in secret from their parents. Rot Front bars were slightly cheaper than their chocolate competitors and cost three rubles a kilo, or $6 in today's money. It was believed that the best way to eat Rot Front bars was with hot tea - the delicate and soft nutty candy simply melted in the mouth after a few sips. 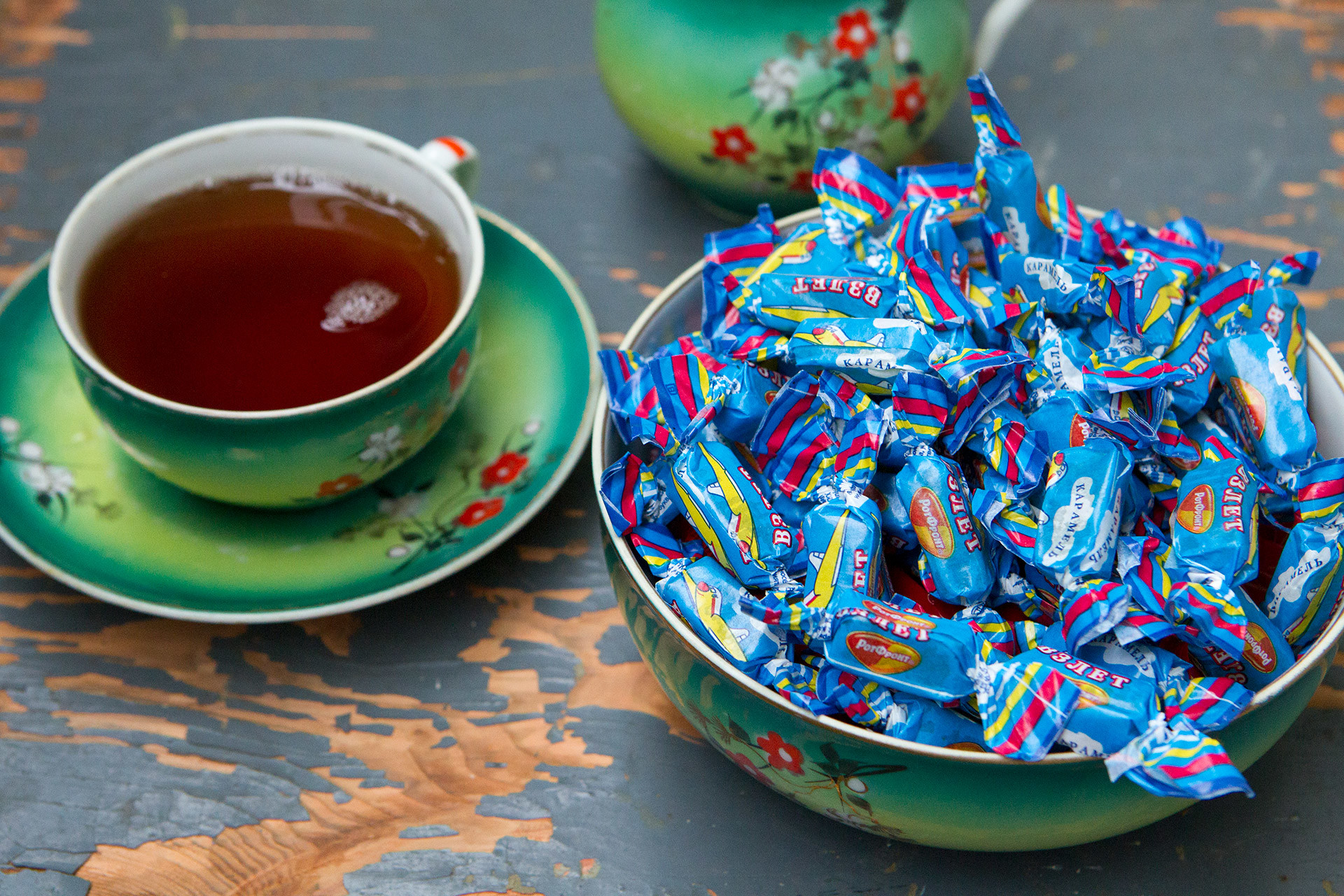 These hard candies had a wonderful lemony flavor and sucking them until they dissolved took a long time. And all this was because Vzletnaya candies were intended for air passengers during take-off to stop their ears from being blocked as a result of falling pressure on the eardrums. At they were not on sale in ordinary shops but by the Vzletnaya candies became available and were the favorite delicacy of Soviet school children. One could pop into a shop on the way to school and buy 100 grams of the candies at a price that was quite affordable for a child - 11 kopecks. Accordingly, a kilo cost one ruble and 10 kopecks, the equivalent of $3 today. By the way, 100 grams of the candies was enough for a whole school day, even bearing in mind one had to share them with school friends.

the USSR there were two brands of toffee: Zolotoy Klyuchik (Golden Key), which was smaller and softer, and Kis-Kis - hard square toffees 1.5 cm across. Despite the apparently high cost of the ingredients, toffees were one of the cheapest candies. They cost no more than hard candies. That is why among Soviet children toffees were the most popular of all. To begin with, a toffee had to be cleaned of its paper wrapper that stuck fast to the candy, and the wrapper clung on so tightly that often one had to chew the toffee together with bits of paper. 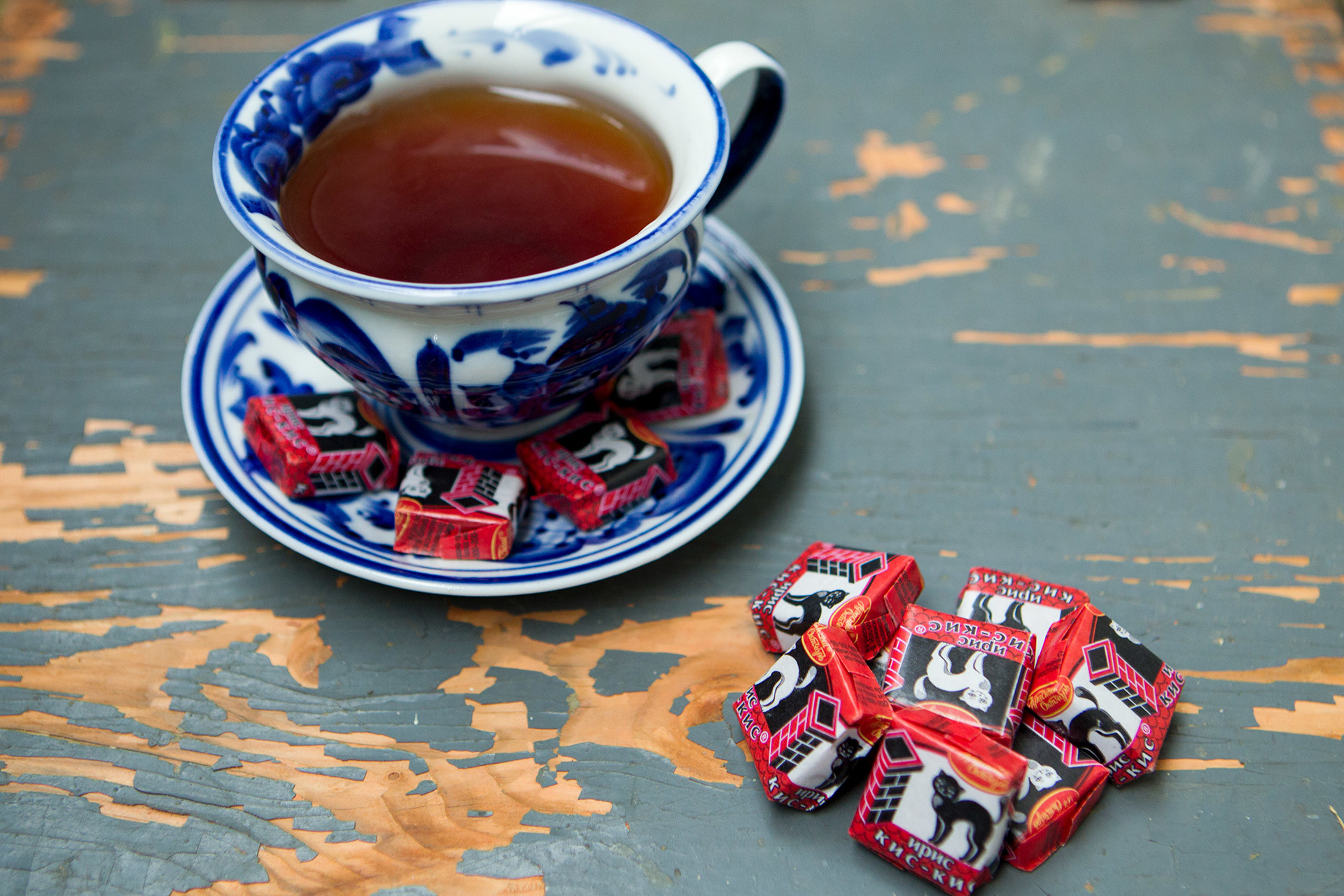 The next stage of eating a toffee was to chew it till it became soft. In the the candy would stick to the teeth, especially the milk teeth which were already wobbly, or to the fillings already in them. In other words, toffees could easily result in an emergency visit to the dentist. Moreover, if a child forgot about a toffee in his trouser pocket and then ran off for some energetic play, it could easily first melt and then solidify and "seal" the pocket. Soviet mothers who had to wash the trousers were not best pleased about this.

Many Soviet candies can still be found in shops and are easily available. People who left the USSR to live abroad still ask friends and family to bring a couple of kilos of the legendary and universally loved candies, instead of souvenirs.