Kefir: A healthy and mildly alcoholic drink for kids and adults 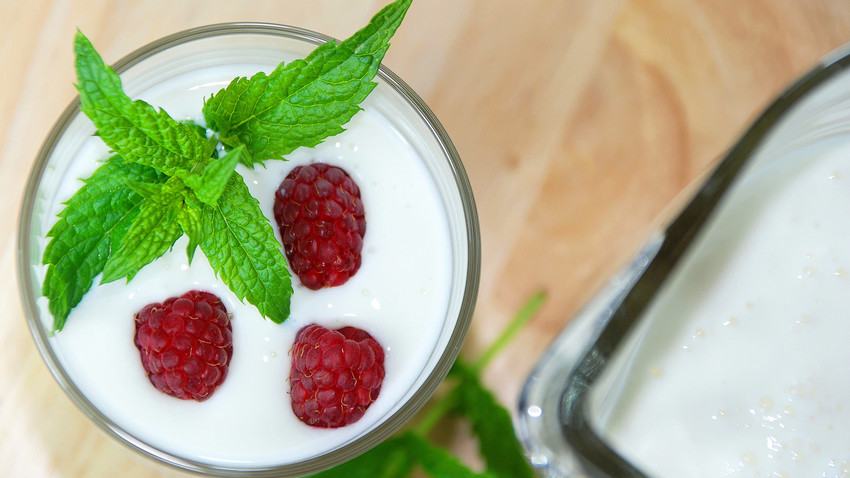 Kefir is a refreshing drink with a sour and slightly bitter taste.

Getty Images
Among my fondest childhood memories are those summer days at my granny’s place when I turned in glass kefir bottles to get the deposit back, which I then used to buy ice cream. They don’t make these bottles any more, but the taste of my childhood kefir is still alive.

Kefir, a fermented milk drink made with certain `grains’ that are comprised of bacteria and yeast, is very popular in Russia with both kids and adults. Kindergartens and hospital menus offer it, and anyone who wants to lose weight or recover from a hangover is also eager to drink it.

While kefir has a sour and slightly bitter taste, the drink is refreshing and healthy. Milk from cows, goats or sheep can be used to prepare it. While few Russians can tell you the names of all of the ‘grains’ and precisely how kefir is produced, everyone is proud of this national drink.

Kefir originated in the Caucasus Mountain region, where it was made in goatskin bags that hung near a doorway. Anyone passing through would hit it and help keep the milk and kefir grains well mixed. Kefir varies depending on its age, and specialists look at various criteria - different acidity, carbon dioxide levels and even alcohol (about 0.2-0.6 percent).

The first official mention of kefir is found in a report of the Caucasian Medical Society dating from 1867. One of first researchers, Vladimir Podvysotsky, concluded that its fungal culture originates from the fungal culture of the kumiss ferment that spread with the appearance of steppe tribes in the Caucasus region. Later, in place of horse milk Russians started to add grains to goat and cow milk. 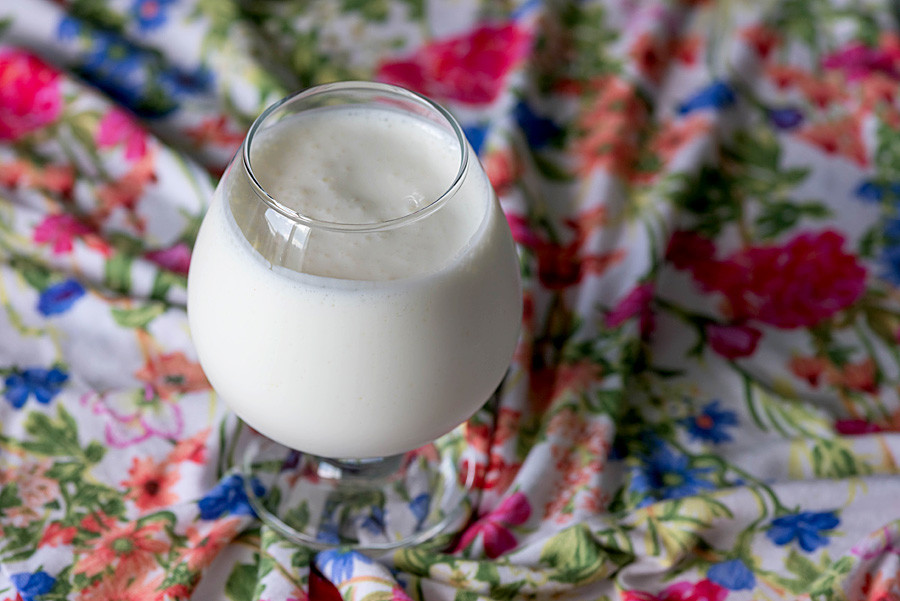 The recipe for kefir was long kept secret, but the Imperial family and the Russian aristocracy often visited the region. In the 19th century the famous entrepreneur, Nikolai Blandov, received a request from the Russian Society of Physicians to produce kefir in bulk. At this time kefir grains were sent from the Caucasus region to Moscow, and mass production of the drink began.

Genuine kefir should not be and should be stored no longer than 14 days. For a this period is limited to 5 days. A kefir-like drink is sold in many countries, but it differs from Russian kefir by bacteria and by the tendency to pasteurize it.

In Russia, kefir is included in the diet of children from six months. Kefir prevents the development of pathogenic flora in the and contains many vitamins: A, D, K, and E. It’s easily digested and is also good for lactose intolerant people.

The usefulness of kefir doesn’t prevent people from using it to enhance the taste of all kinds of dishes, and according to this isn’t as healthy as the drink itself. For example, kefir is used to marinade shashlik, make bliny, and for a cold okroshka soup.

Finally, kefir can be widely used in cosmetology, for masks and gels.

Quick and easy recipes with kefir