5 kinds of apples you can only find in Russia

Russian Kitchen
Eleonora Goldman
Delicious apples have always been loved in the country, glorified in Slavic legends and fairy tales. See if you can find these five varieties.

Deep autumn is the time for winter apples - collect unripe then allow to mature in storage and preserve until spring. If you try them right after picking from the tree they’ll most likely be way too sour and tough. Two to three months of storage will turn them into sweet, delicious mouthfuls of joy. The following varieties of apple can be found in many Russian gardens and food markets. 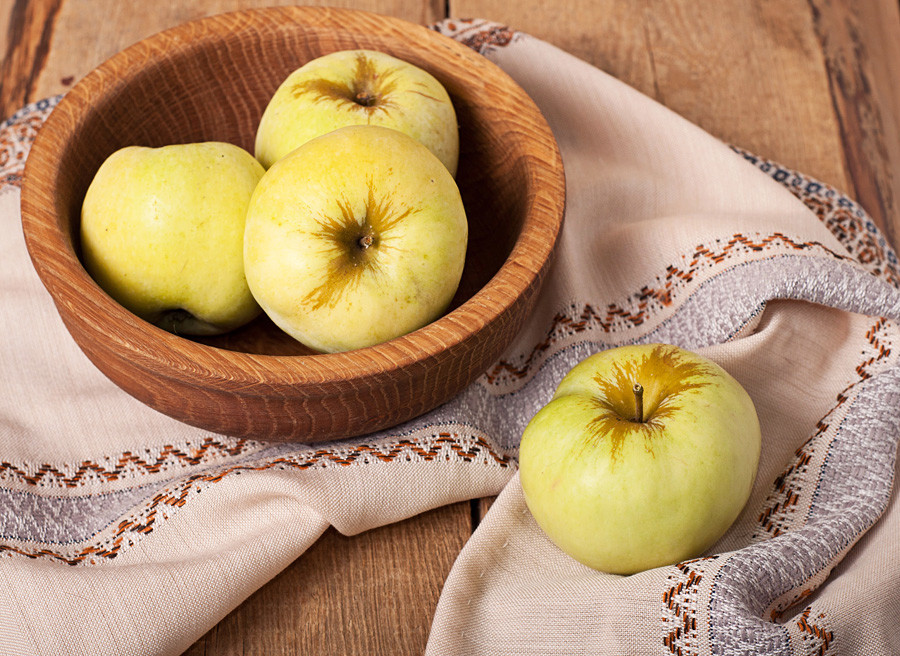 Probably, the most widespread and ancient kind of apple in Central Russia. The origin of this luscious variety remains unknown, but it’s believed it was first cultivated by ordinary before more advanced selection techniques were developed.

The Antonovka (from the Russian name “Anton”) is a rather large apple which turns a yellow-green color after maturing. Russians like this apple for its special bitter-sweet taste and aroma. There are many breeds of Antonovka - for example, the dessert Antonovka has a red blush while the Kamenitchka is sweeter.

This apple is widely used for cooking. Russian housewives add it to , make puree for children, and press it for juice. But the tastiest thing to do is to pickle Antonovkas with honey, Rowan, or herbs. You should eat Antonovkas before January – after New Year they become too soft.

How to pick: The mature fruits should have a waxy thin peel and rich smell. 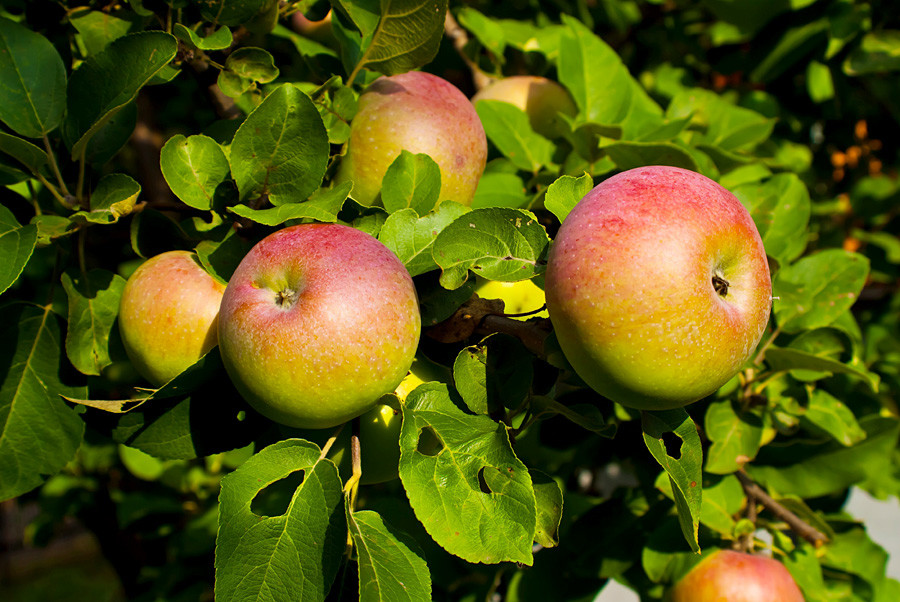 apple is named after a Slavic hero and grows in almost any climate zone, it can also be preserved until late May. The breed was selected by Soviet agronomists from the Ivan Michurin Research Institute. When farmers collect these fruits, they light green but they become yellow with a red blush in storage. The taste is similar to the Anotonovka, only a little sweeter. This apple is good for compotes and and keeps its shape after boiling.

How to pick: The red “hip” is the signal that the apple is ready.

This apple is similar to the Golden in shape and the English Granny Smith in taste, but the Simirenko has very bright green fruits. Its flesh is tender and juicy with a wine-like, spicy aftertaste. Like the Bogatyr, it can be kept until spring.

This apple is very great in salads because when you cut it, it doesn’t become dark and pleasantly accentuates the taste of other ingredients. Moreover, all green apples are full of and vitamins.

How to pick: The fruit should be bright green and quite tough.

Both breeds were cultivated by growers in the Volga Region. The Anis has numerous varieties that differ not only in color and but also by the season.

The bitter-sweet Winter Anis is deep red and rather small - they only turn this color after falling from the tree or in storage, before they are light green. The Winter Anis can be eaten from November. Locals like this apple not only for but also for homemade wine and liquors.

How to pick: The fruits should be red all over. 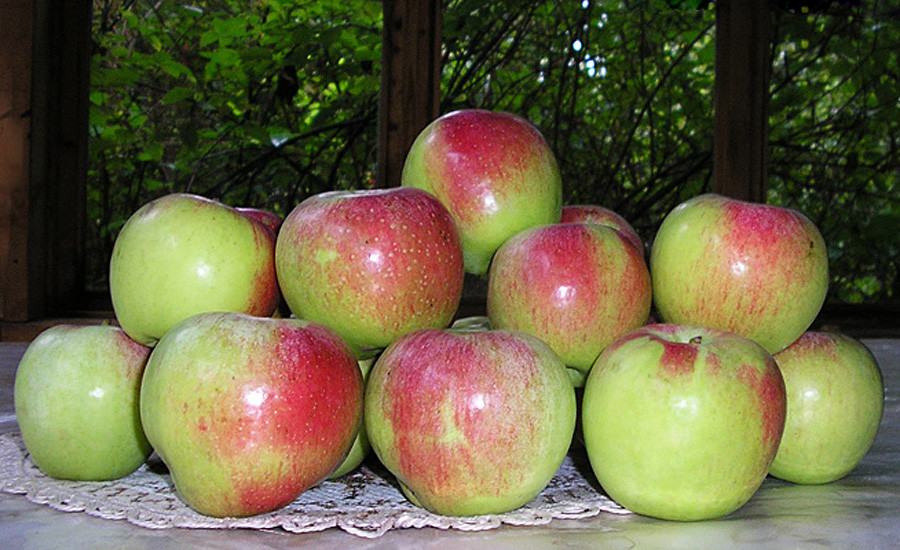 This light red striped apple was created in by the Moscow State University by breeding the American Wealthy with the Russian Antonovka. Thanks to its frost resistance it grows in Russia’s central and northern regions – the tree can withstand temperature as low as -35 degrees Celsius.

You can enjoy the bitter taste of this fruit for a long time – on average one apple weighs about 300 grams and can be stored until late March. These fruits are very juicy. The Moscow Winter is good for jams and marmalades.

How to pick: The best fruits are big and light green with red stripes.