Is Russia a secret Shangri-La for cryptocurrencies? 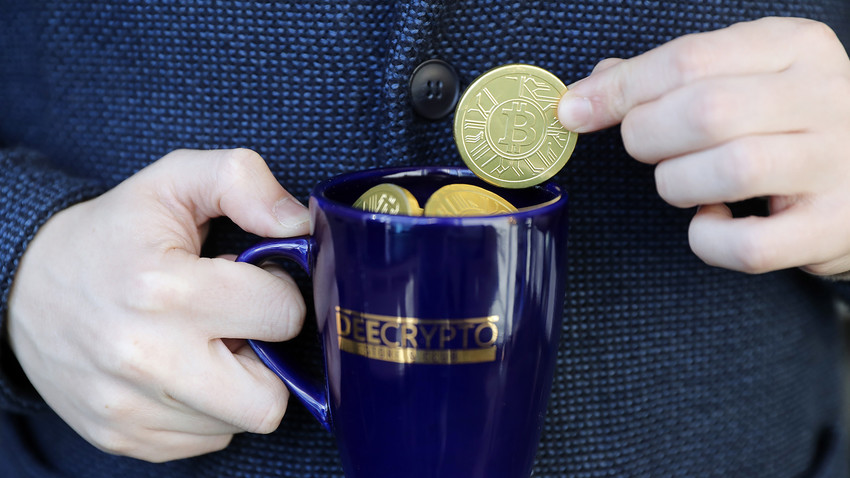 Two bills relating to cryptocurrencies and ICOs were submitted to the State Duma, Russia's lower house of parliament, in March.

Artyom Geodakyan
The cryptocurrency gold rush has hit Russia, with new ICO (Initial Coin Offering) projects announced almost every day and people mining Bitcoin in their offices and science labs. Is this a temporary craze or a fantastic opportunity for a country that used to live off its natural resources and is now in search of a fresh start?

In February, engineers at Russia's top secret warhead facility, the Federal Nuclear Center in Sarov, were arrested after trying to mine Bitcoin on a supercomputer. The case showed that the crypto craze has involved even those with no legal access to technology.

Mining farms in Russia are growing rapidly. Since the beginning of 2018, mining hotels in the country have multiplied by six times, according to the research conducted by Youla, a  platform for free advertisements.

Private investors are buying old electric power stations for cryptocurrency mining operations. In January entrepreneur Aleksey Kolesnik paid about $3 million for two stations in the Perm region near the Ural mountains and neighboring Udmurtia. Kolesnik indirectly confirmed the acquisition, but said he'll be mining cryptocurrencies only if Russia adopts the relevant legislation.

Where do they get Bitcoin?

The price of energy needed for crypto mining in Russia is still low in comparison to many developed countries. Many miners, trying to optimize their work, are searching for countries with low electricity rates; while others have installed advanced software and engineering solutions. But experts believe renewable energy sources are the country’s future.

"Russia is spread across different climatic zones," Arseny Sheltsin, director of the Russian Association of Cryptocurrency and Blockchain, told Russia Beyond. For example, he believes that solar energy could be used for mining in the North Caucasian regions.

"The hydroelectric potential of the south of Siberia and the Far East can attract miners from neighboring countries, in particular, China," Sheltsin admitted. In February 2018, the governor of the Kaliningrad Region said that he wants to maximize the use of mining capacities.

According to the ICO Watch List, Russian startup founders account for almost 9 percent of all blockchain-based projects in the world, raising over $956 million in real time, which is more than any other country, including the U.S. By contrast, American companies are responsible for almost 18 percent of all global ICOs, but raised only $811 million.

Alexander Shevtsov, the founder of Jury.Online, believes that curiosity, excellent technical skills, education, as well as a desire to earn money, are the main drivers of success for Russian blockchain startups.

"The Internet, blockchain and IT are gaining popularity in Russia because of globalization," he told Russia Beyond. "You can live in a small village and do projects on the other end of the planet. This gives people a wider choice of what to do, which is often impossible in other industries," Shevtsov said.

While technology and entrepreneurship are rocketing in Russia, legislation still lags behind. Changes are coming, however. Two bills relating to cryptocurrencies and ICOs were submitted to the State Duma on March 20. The development came after the Finance Ministry and Central Bank reached an agreement on whether crypto trading should be allowed in general, or only in the context of ICOs.