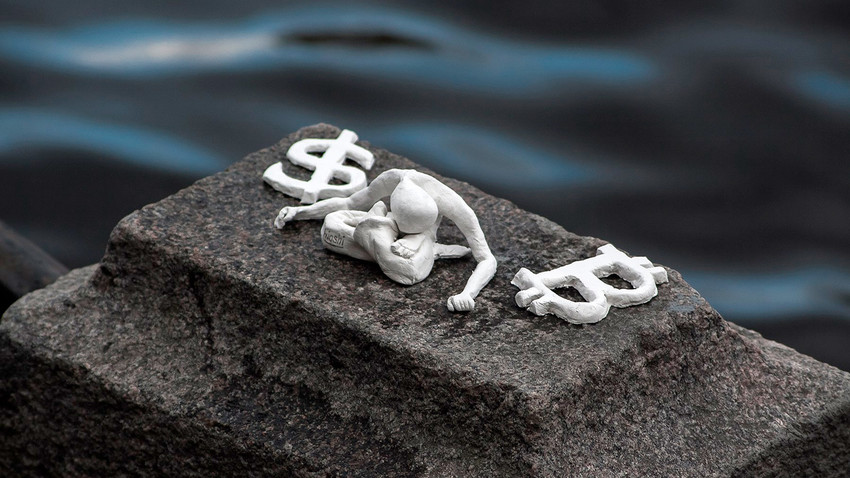 Hioshi
After all, not everyone is lucky enough to afford it!

An anonymous St. Petersburg artist nicknamed created a new piece of art dedicated to those who cannot afford to buy bitcoin. Like all Hioshi’s works, this one is minimalistic (just 15 cm high), placed on a column at the crossroads of Nevsky Prospect and Fontanka Embankment.

The small installation depicts a human figure sitting in the lotus position, bowing his head in desperation, with dollar and bitcoin signs to his left and right. It’s called “Zen and Pain” and the author devotes it to everyone who failed to capitalize on bitcoin’s  recent growth spurt.

“This is for everyone who’d like buy bitcoin, but by the time the currency started to show promise it already cost two thousand dollars, which is between two and six months of work for an ordinary Russian citizen,”  explained. In his view, have no choice but to passively witness the growth. And keep practicing .

Some people, however, try to mine bitcoins themselves – but that can be dangerous as well. Check out a story of an airport employee who got arrested for it!