Why Russians greet guests with bread and salt

Russian Kitchen
Anna Sorokina
Many foreigners visiting Russia have come across a strange welcome: Gifts of bread and salt. As odd as it may seem, the gesture is actually an ancient Russian tradition for greeting important guests. Let’s look at what’s behind this ritual.

In Russia, guests almost always receive a warm welcome. People in the country go out of their way to make sure visitors have everything, nothing is spared - it’s in their blood. In ancient Russia, bread and salt symbolized prosperity and health, so hosts would put on their best clothes, lay a feast on the table, and offer a loaf or two together with the condiment to their guests. 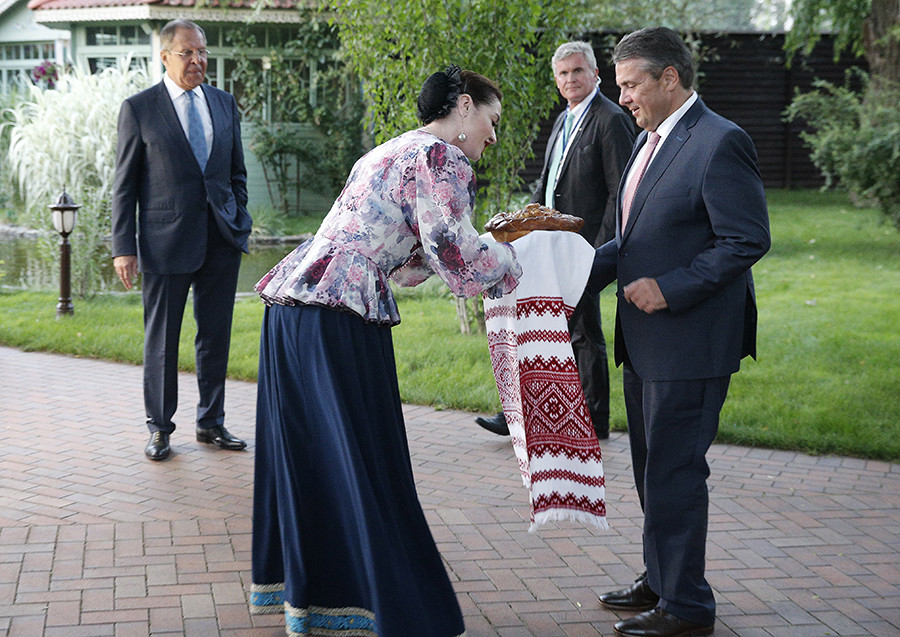 Bread in Slavic culture is considered a sacred thing: No bread at home means there’s nothing to eat - no meal doesn’t include bread. "Bread is the staff of life" is probably the most famous Russian proverb.

Today, there is no shortage of salt in the world. But in ancient and Medieval Rus, it was rather expensive and not everyone could afford it.  During the mid-17th the rising price of salt led to riots in Moscow. The salt tax was completely abolished at the end of the 19th century - only did salt become affordable. That’s why Russians kept it for special occasions, like when they received guests 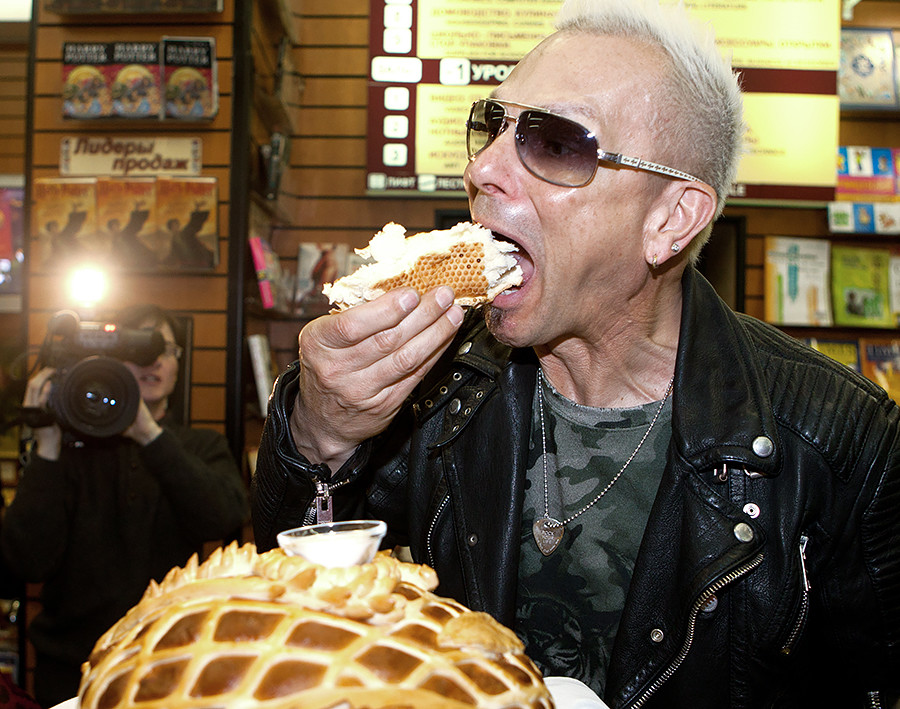 Scorpions guitarist Rudolf Schenker at the presentation of his book Rock Your Life.

was believed that if someone wanted to offend the host, he just needed to scatter salt on the floor. This gesture expressed contempt. Now salt is not worth so much but scattering it is still used to insult someone - and trust us, it can result in fights. Nevertheless, Russians say the following about true friends: "Together they ate pood of salt," meaning they passed through many difficulties together.

The beginning of a friendship

According to the tradition, guests are greeted by ladies in national costumes with a large round loaf on a towel with a salt shaker on top. The guest should carefully break off a piece of the bread, dip it in the salt, and eat - this signals that a friendship has been forged between the two parties. An old belief is that if the worst of enemies share bread and salt, they will reconcile 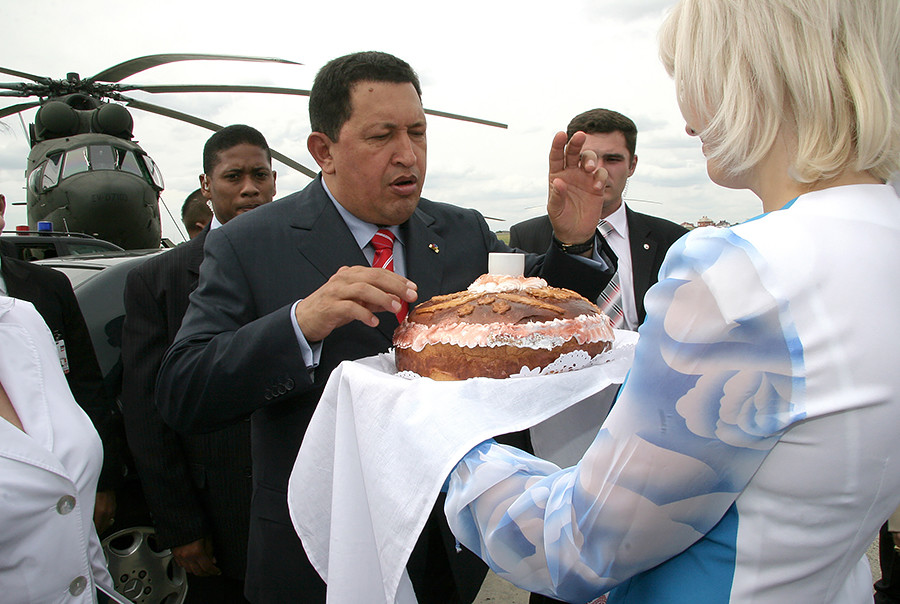 version says that salt symbolizes the purity of the soul (it has an unlimited shelf life) and by bringing bread and salt, Russians not only wish wealth to the guests but also drive everything bad. And also check whether the person is a human, not the evil spirit - naturally.

But if the guest did not accept this gift, then he was not allowed into the house to avoid the evil eye and his bad thoughts. Since ancient times, hospitable hosts in Russia are called (from Russian words - bread - and sol - salt).

In today’s Russia, this tradition is still popular: It can be witnessed during official receptions, as well as in restaurants geared up for foreign tourists 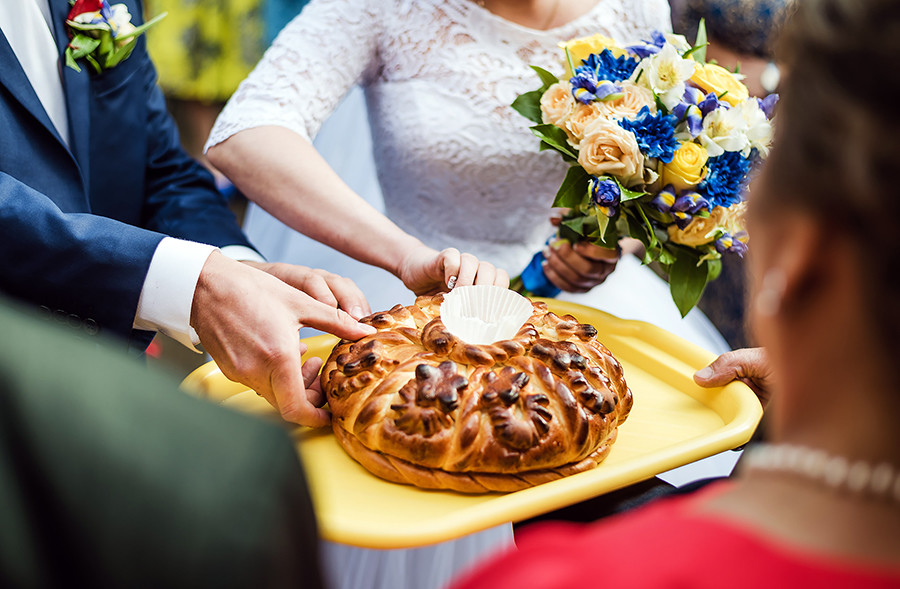 most often you can see this at traditional Russian when parents of the newlyweds welcome their children with bread and salt after the ceremony: The husband and wife should break off a piece of bread, dip it in salt, and feed each other. This is a sign that they are ready to share any difficulties in life and promise to always take care of each other.