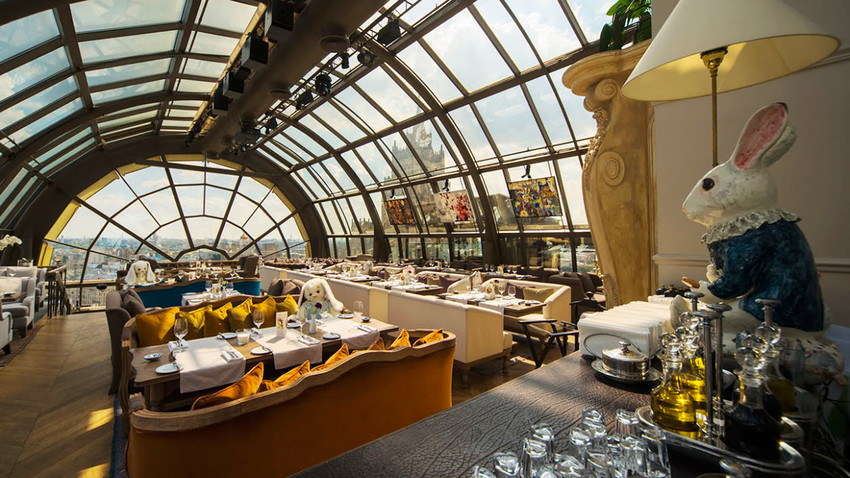 Moscow’s luxurious White Rabbit restaurant deserves special praise for nailing down a spot in 2018’s World’s Top 50 Restaurants rankings. Russia is still somewhat of an outcast in the world of haute cuisine as one of the few nations on the list without a single Michelin star (despite Russian restaurants on foreign soil being awarded the honor). Nonetheless, Chef Vladimir Mukhin has finally managed to secure a coveted top 15 spot.

At White Rabbit you can enjoy a world-class European menu with a Russian twist while soaking up one of the best views in Moscow - from the domed glassed roof of Smolensky Passazh.

The restaurant first entered the Top 50 in 2015, also earning the award for “Highest New Entry” (the loftiest newcomer since the list’s creation in 2002). White Rabbit has remained true to its original concept throughout, centering on a modern interpretation of traditional Russian cuisine. It’s famous across town for its sets and there’s a deal right now on one dubbed 'The Russian Revolution' at “just” 10,000 rubles (about $155). It includes the kind of culinary combo that makes the mind boggle: scallops drowned in eucalyptus yoghurt, baked cauliflower served with a paste made from three types of caviar, coconut scratchings – the exquisite list of ingredients goes on. This year, a vegan set has also been added for the first time.

In the 16 years that the British Restaurant Magazine has been compiling the list, there have been nods for best and female chefs, along with other special awards. The Top 50 normally comes out a week after the 51-100 list is published.

White Rabbit isn’t the only Russian establishment in the top 50 or 100, but to hold down 15th spot is a first for our country.

Italy’s Osteria Francescana, headed up by restaurateur Massimo Bottura, won first place this year –  repeating the feat it achieved in 2016. The Spanish El Celler de Can Roca was awarded second place, losing the prime spot it had in 2015. And Mauro Colagreco’s Mirazur, in France, is in third this year. Daniel Hamm’s U.S.-based Madison Park – which led the charge last year – is now in fourth place.