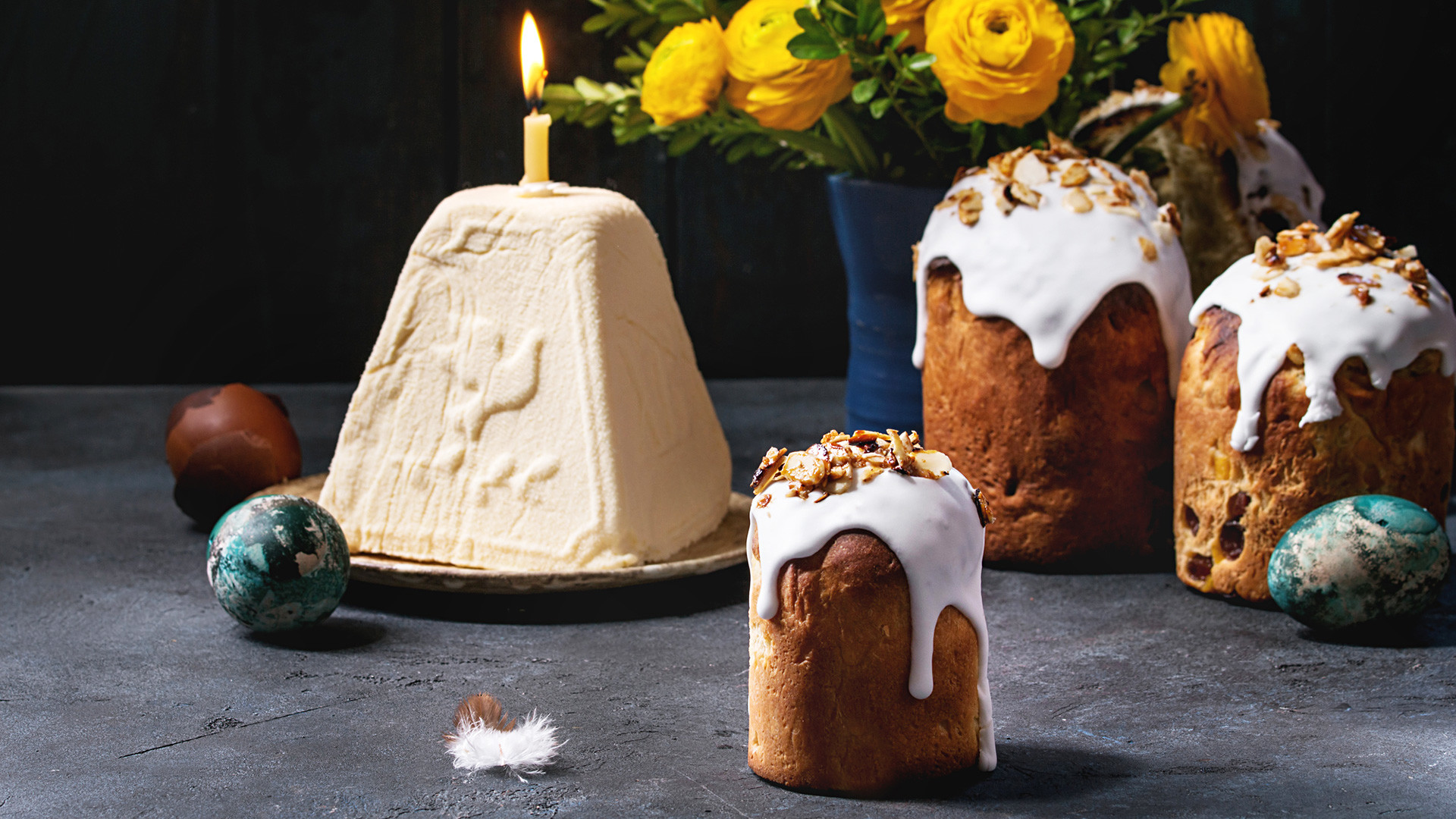 Legion Media
Even during the atheism of the Soviet era nearly every Russian home enjoyed these dishes for Easter.

The principal dishes on the Easter table are blessed in church: painted eggs; paskha made with curd cheese; and kulich, the Orthodox Easter cake. Few people today remember that well-to-do believers in Old Russia once served 48 dishes - to match the number of days of the Lenten fast. In his book, Cuisine of the Century, the historian of Russian cuisine, William Pokhlyobkin, includes the following among traditional Easter dishes: stuffed lamb, suckling pig with cooked grains, turkey with potatoes, ham and cooked pork, salted cucumbers, sour cabbage and salted mushrooms. These were accompanied by condiments such as lingonberry sauce, horseradish sauce, mustard, and black salt specially prepared for serving with eggs. Vodka was drunk, along with dry red wine and red dessert wine. Children were always particularly delighted to see cranberry jelly and baba with fruit jelly. Here is a list of the main Easter dishes! 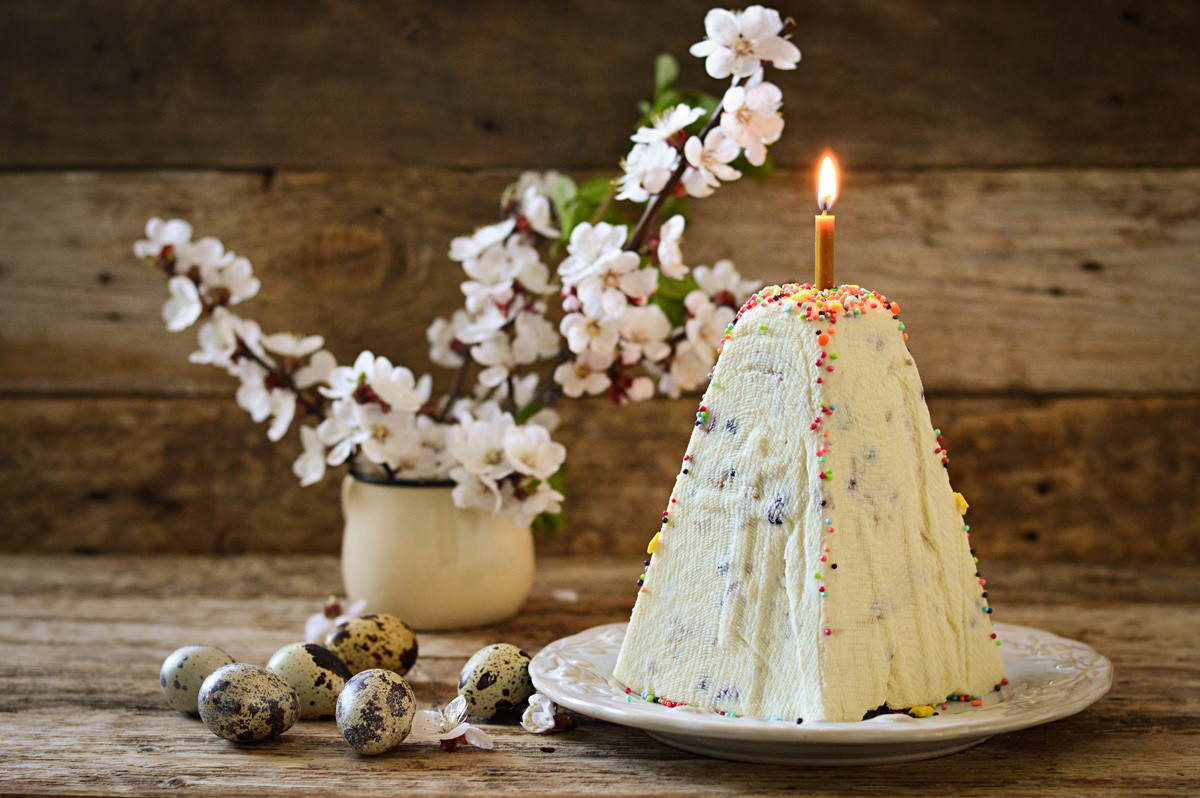 Paskha is not just the name of the Easter holiday, but it’s also a dish made with curd cheese in the form of a truncated pyramid intended to symbolize the Tomb of Christ. The Cyrillic letters "ХВ" (Latin: “Kh.V.”) that decorate it stand for the words "Христос  Воскресе!" (“Christ is Risen!”) with which Orthodox Christians greet one another on Easter Sunday.

The main ingredients of paskha are curd cheese, butter, sour or ordinary cream and raisins.

Nuts and candied fruits are also added. Paskha can be prepared raw or cooked. In the latter case, the curd cheese and egg mixture is heated in a saucepan.

A detailed recipe can be found here. 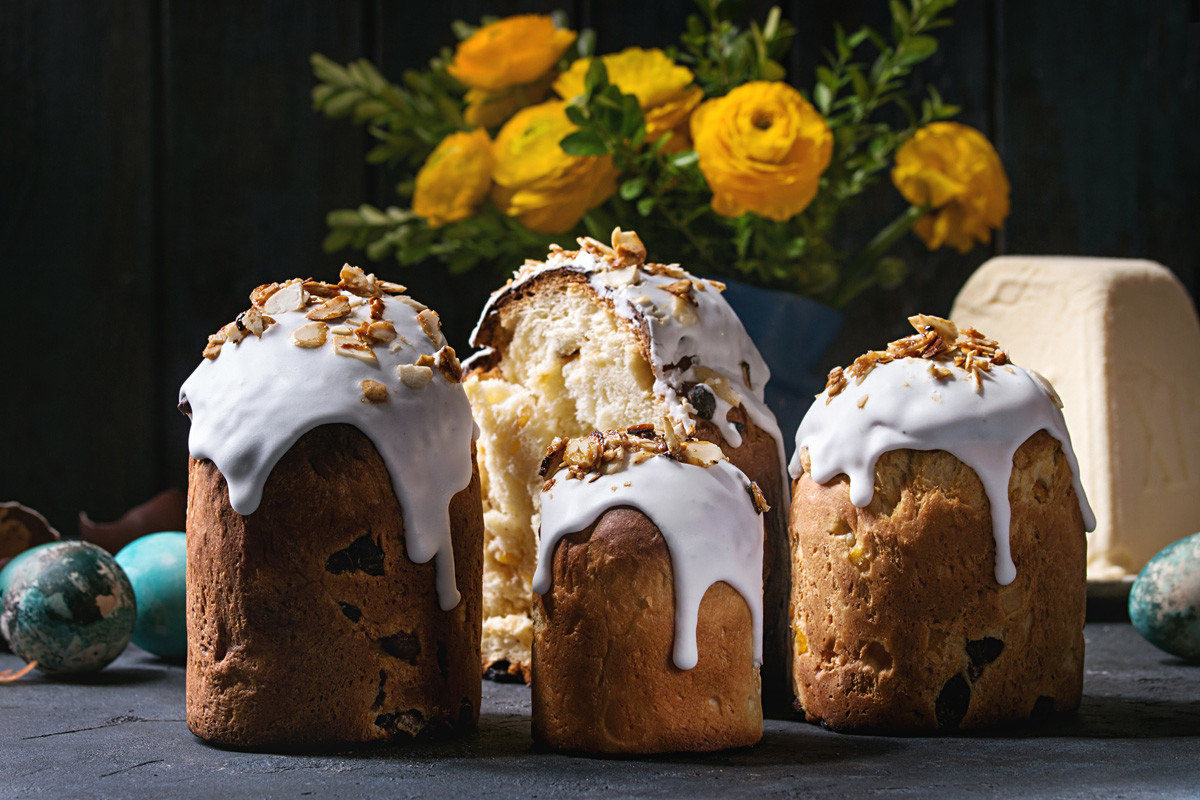 Kulich is a homemade version of the leavened Easter consecrated bread - or artos - that’s distributed to believers in church after Holy Saturday prayers. An artos is believed to symbolize the body of Christ.

Some believe that the evolution of kulich was influenced by the Slav tradition of baking a ritual loaf with leavened dough in the run-up to the spring sowing. While nowadays kulich is closely associated with Easter, the historian Pokhlyobkin asserts that in bygone days kulich could be baked several times a year - for important festivals marking the turn of the seasons. Until the 19th century kulich was made without a baking form and looked more like a loaf, acquiring its familiar shape only in the middle of that century. The word only appeared in the 17th-18th centuries. Until then the custom had been to bake perepecha - an open pie with a filling. This dish survives in Udmurt cuisine to this day. Today’s kulich is made with yeast-leavened dough and is in the shape of a tall cylinder; the top is decorated with icing, nuts and pastry figures.

The detailed recipe is here. 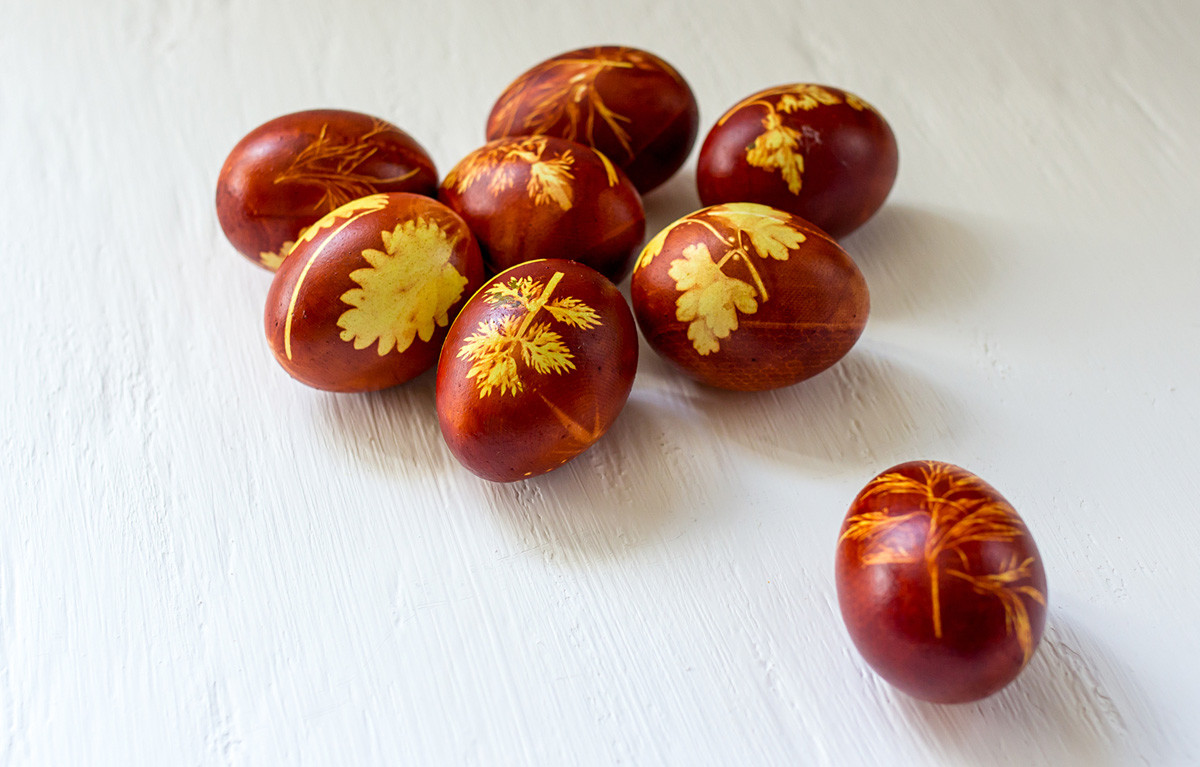 The tradition of painting eggs for Easter is linked to the idea of the egg as a symbol of rebirth and the source of new life as represented by Christ. These days a large variety of coloring agents are available in the shops, but it is much more pleasing to decorate eggs the way it was done many years ago: You can color them with onion peel or beetroot, or make patterns by cooking them with a leaf of parsley, or by simply wrapping them with thread. You can achieve the most unexpected effects. 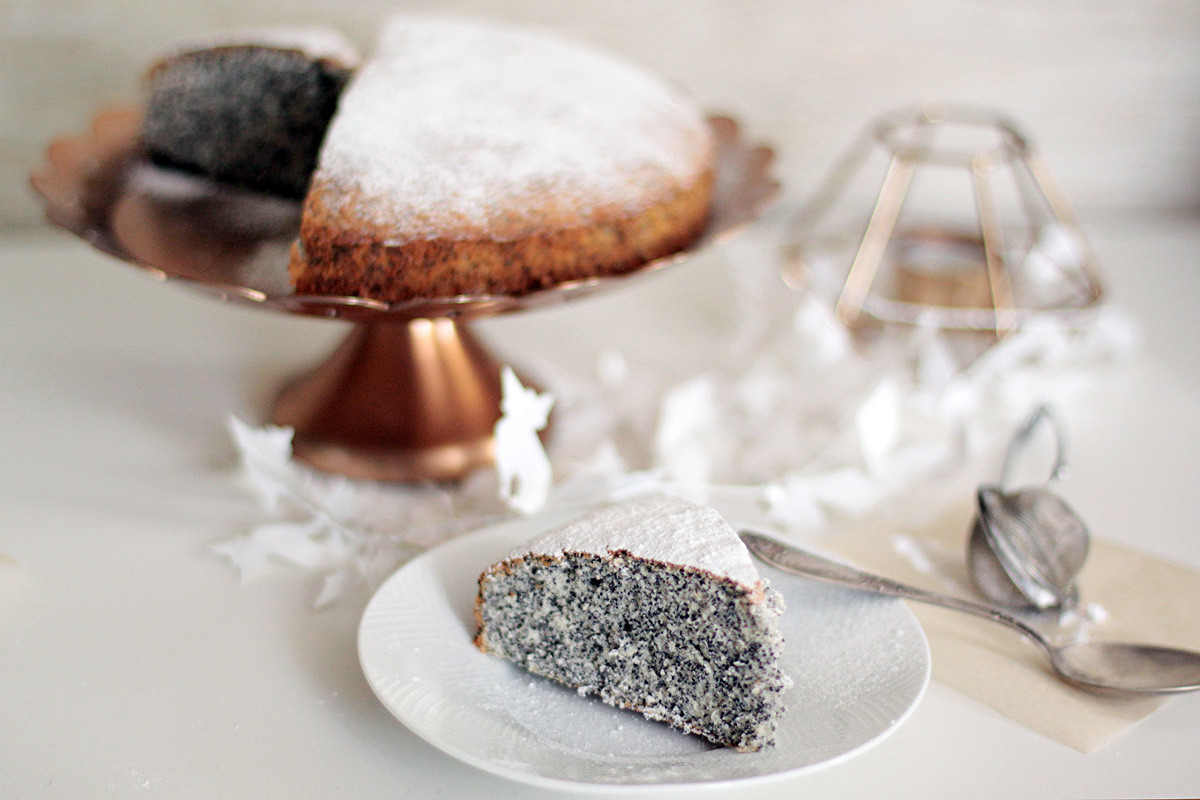 Alongside other delights, poppy seed cake adorned the Easter table in the past and continues to do so today. It is believed to bring prosperity and good fortune to the household. Some people bake it in the shape of an ordinary cake, with the poppy seed incorporated evenly in the dough. Others, however, make it out of poppy seed roll, in which case the cake has to be incised with notches on the sides, and the end result resembles a flower.

Here is a detailed recipe for the cake.

And if you have a lot of eggs left after Easter, use them to make kokurki (boiled eggs in pastry).