Top 10 gastromarkets in Moscow where hunger is off the menu 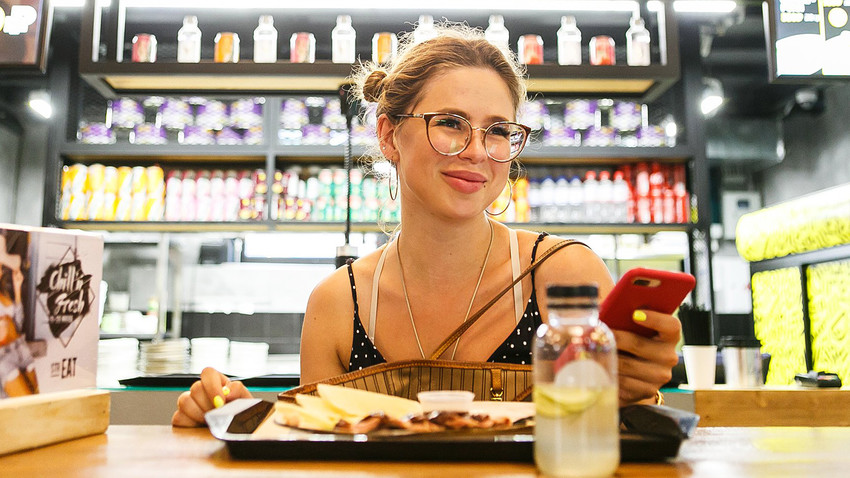 streatmoscow
Dozens of gastromarkets have opened in the Russian capital offering cuisines from all corners of the globe. Both locals and tourists are licking their lips at the vast choice, fast service, and tasty prices 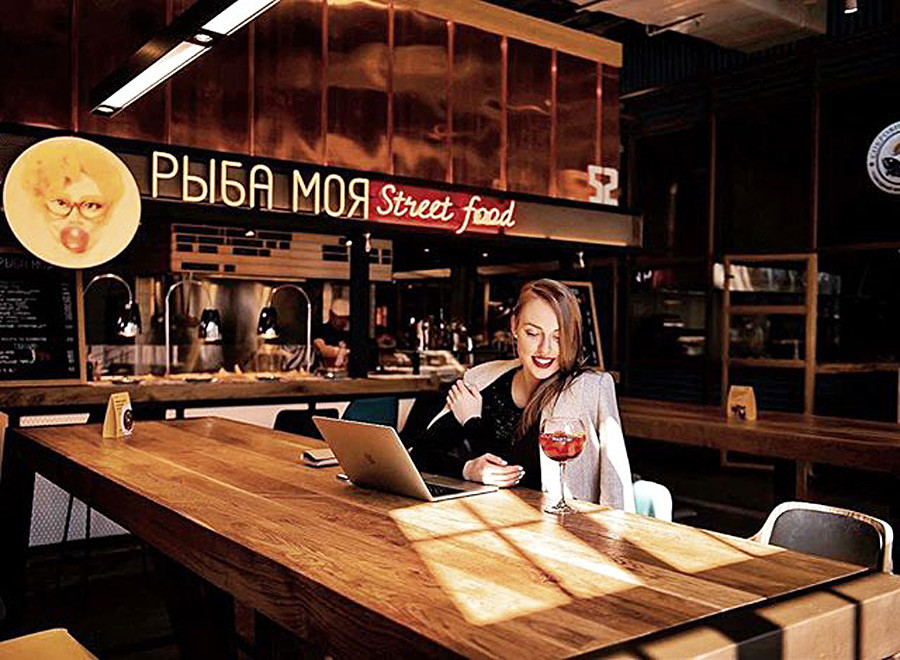 The giant Depo gastromarket opened in early 2019 on the site of a former tram depot — hence the name. Visitors have the head-scratching choice of 75 cafes with Moroccan, Thai, Greek, Spanish, Japanese, Chinese, and (would you believe it) Russian cuisine. Here you can also try marine delicacies from the Far East, which will be cooked right in front of your eyes.

Lunch ideas: Magadan crab at the Kutaba Crabs restaurant (from 580 rubles, $8.9), and truffles at The Truffle Corner (Margarita pizza with truffles — 480 rubles, $7.4). 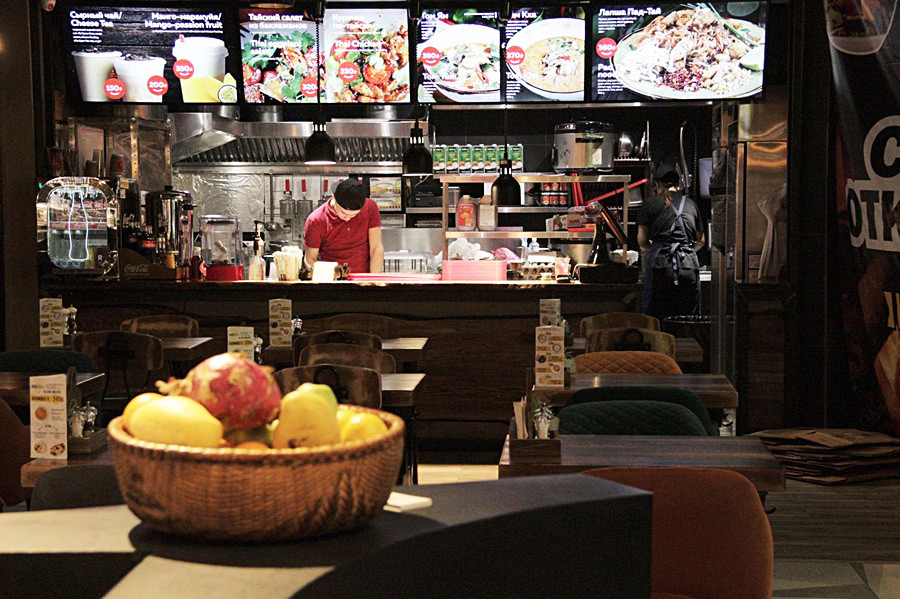 Exiting Kitai-Gorod metro station in the very heart of Moscow, you will find yourself on one of Moscow’s most popular gastronomic streets. Located here is the cozy Tsentralny (Central) food court, where 30 small authentic cafes vie for business on three floors. This is one of the best places for brunch (they open only at 9 am).

Where to look: Start the day with Portuguese pastel de nata cakes at Camera Obscura (50 rubles, $0.8); the Canadian Poutinerie food truck serves dishes made of potato and cheese (from 300 rubles, $4.6). 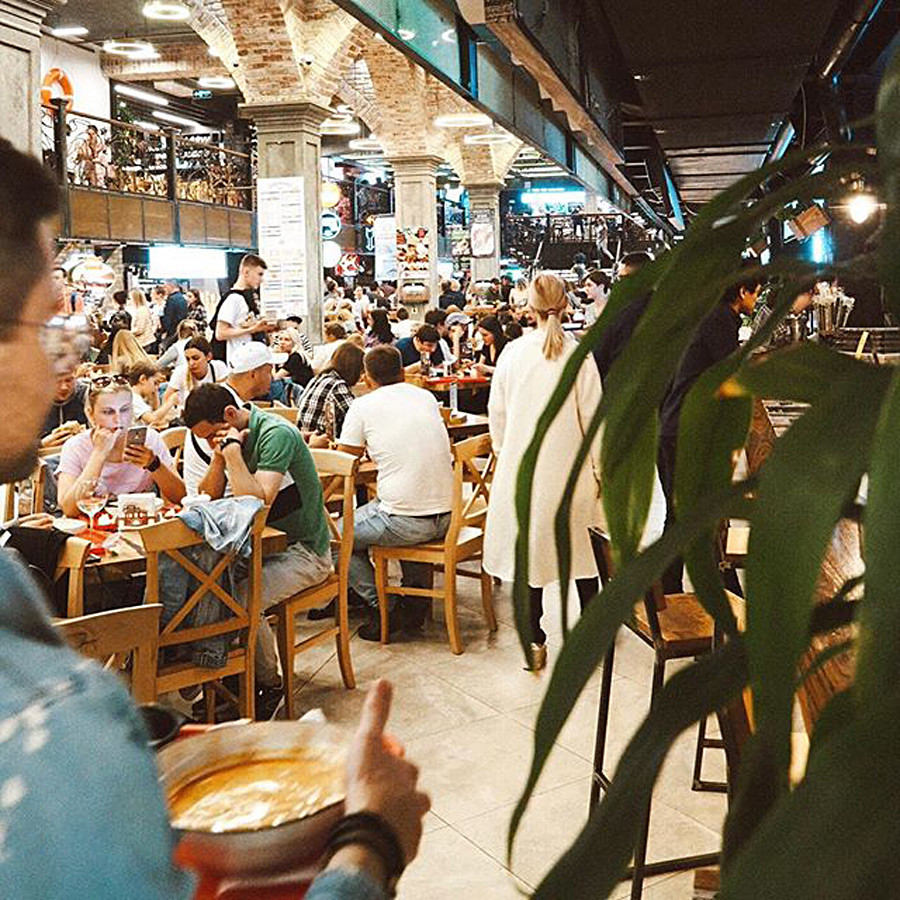 The area around Trubnaya metro station, which now accommodates a food court, was a marketplace before the revolution. The newly built old-fashioned building on three levels houses cafes selling Turkish desserts and Belgian waffles, plus there are smoothie bars, Vietnamese street food, and oyster bistros. And at the very top is the large Gorynych restaurant with its own separate entrance, serving a variety of oven-based dishes, from steaks to buns. 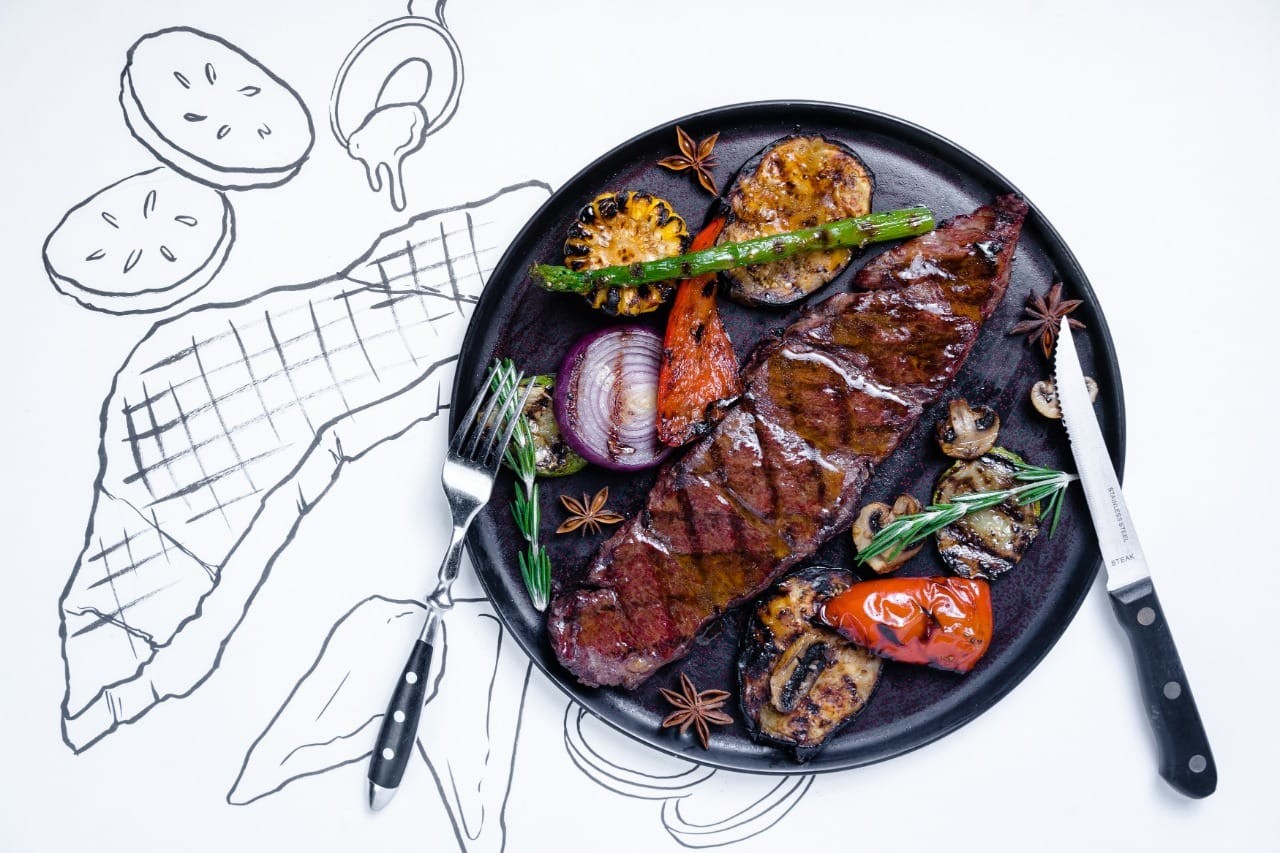 StrEAT is located away from the center, but don’t be put off. This gastronomic “street” (two minutes from Avtozavodskaya metro station) opened in 2018, and has become a focal point for gourmets of all stripes. On weekends you’ll struggle to find a seat, but all dishes are available for take-away. There are about 40 restaurants in all, with Vietnamese, Korean, Italian, Israeli, Caucasian, and Russian North cuisines, plus several bars.

What to sample: Steak lovers should definitely visit the Primebeef bar (specialty steaks with a side start at 500 rubles, $7.7), and coffee addicts will get their fix at Laboratoria (from 150 rubles, $2.3).

Where to go: 26 Leninsky Sloboda Str.

5. Balchug on the same-name street 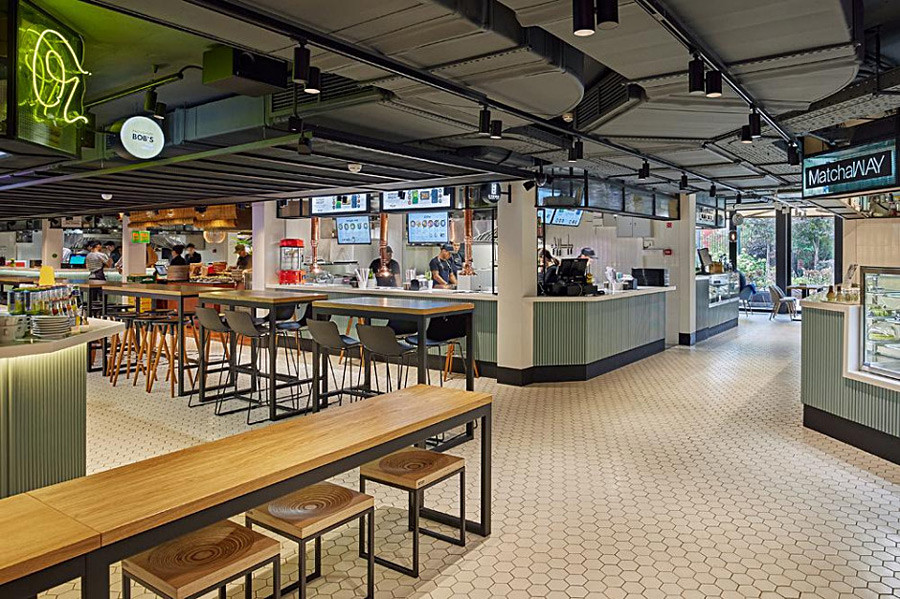 Not far from Red Square, the small gastronomic cluster Balchug opened in summer 2019. There are 24 cafes and counting, and the owners have already decided to create separate areas for breakfast, wine gatherings, and selfies — so there are no distractions from the food when it arrives.

What to expect: A huge variety of fish dishes, ranging from Bowl Me specialties with shrimp or tuna (from 500 rubles, $7.7) to potato pancakes with sockeye salmon tartare at Treskat (370 rubles, $5.7). 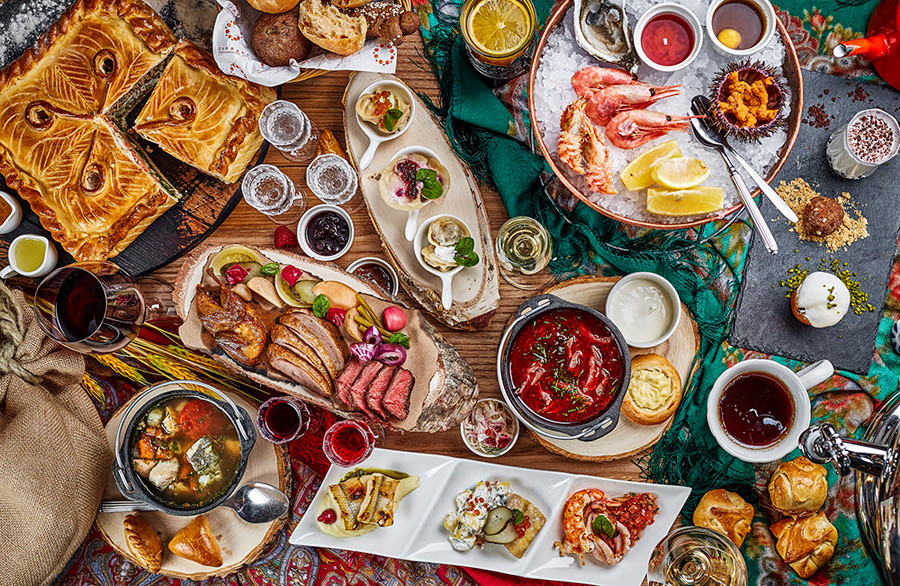 In Zaryadye Park, opposite the Kremlin, it’s dead easy to work up an appetite. Fortunately, you can dine right there and then at the on-site food court. The space is divided into "stations" with different types of dishes. Lovers of meat and fish delicacies should definitely take a look, because here they serve buzhenina (cold baked pork), basturma (a type of cured meat), and balyk (cured fillet of sturgeon), as well as a variety of game dishes. The center also features an ice bar with seafood and champagne — what better excuse for a delicious snack? Plus there’s not just food on offer, but also gastronomic tours with tastings. 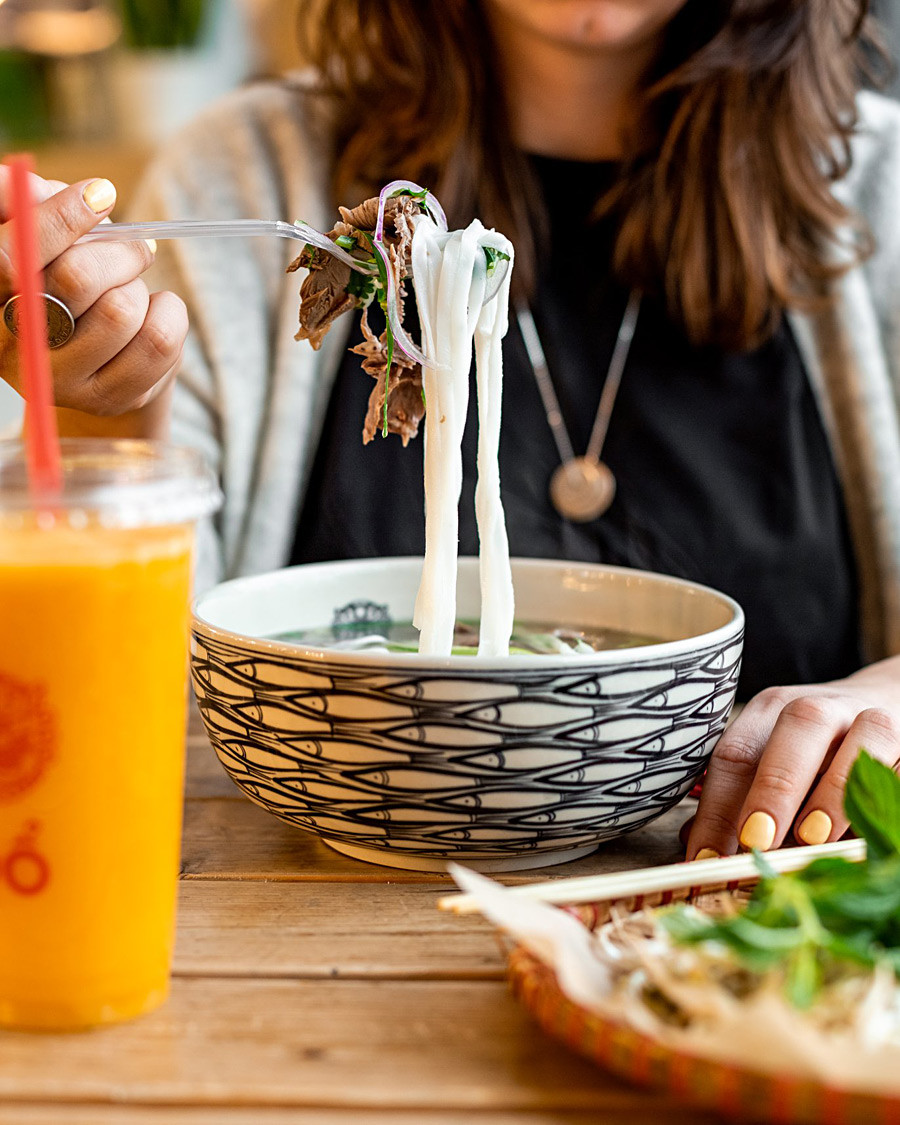 The oldest Moscow gastromarket near Tulskaya metro station. In Soviet times it was a legendary market where the entire capital came to buy the very freshest fruit and veg; in 2015 it was converted into a fashionable food court. However, counters selling farm products still occupy the central part, and gastronomic debauchery reigns supreme. 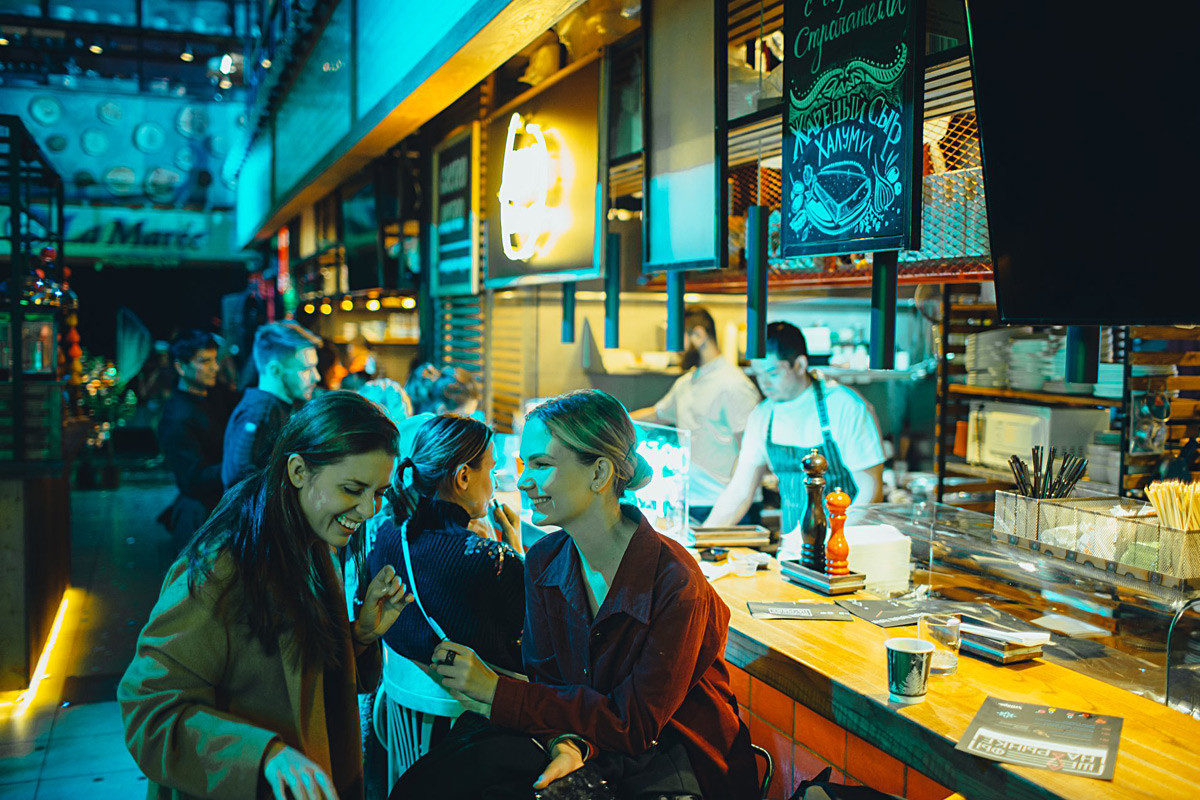 Another historical food market, reborn in 2017 as a food court. It is located in Khamovniki, one of the most expensive areas of Moscow, where culinary solutions for the most demanding palates abound. Two dozen restaurants offer a variety of seafood delicacies, farm cheeses, and pan-Asian dishes.

What to try: Homemade cheese cream with pralines and raspberries (550 rubles, $8.5) at Syrovarna, and avo-burgers (instead of avocado rolls) with salmon (680 rubles, $10.5) at Avocado Point.

Where to find it: 26 Usacheva Str. 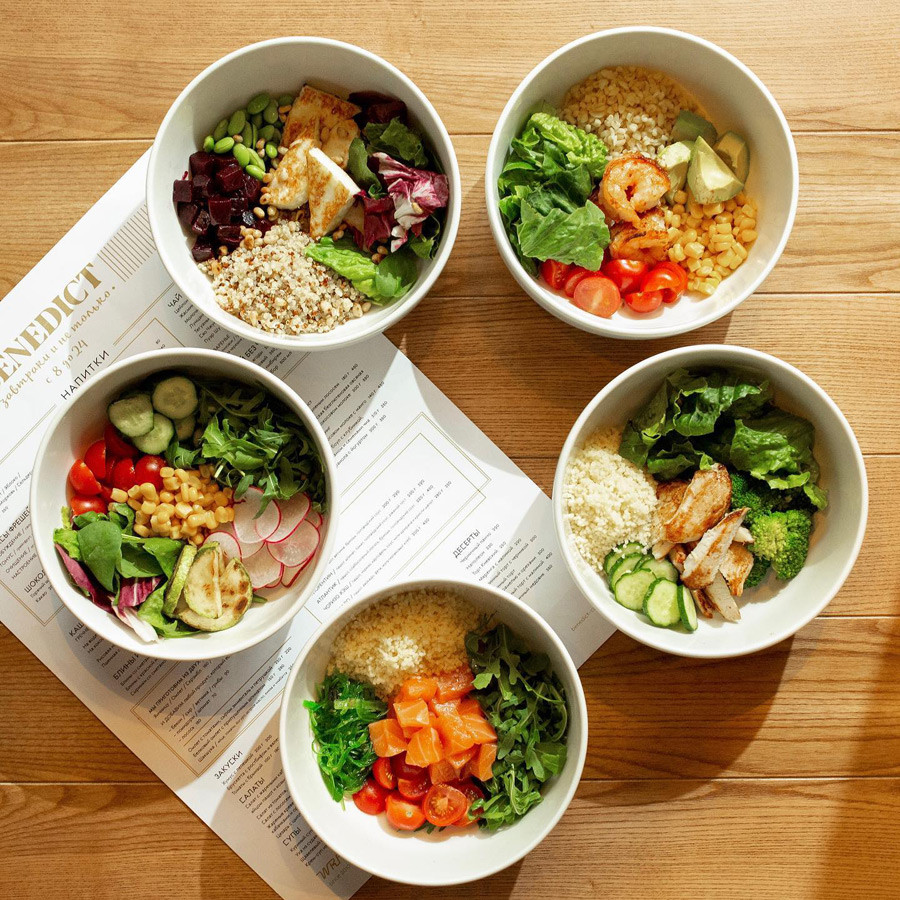 The perfect place for gastrotourists who can’t make up their mind. Vokrug Sveta (Around the World) is the brainchild of the famous Russian restaurateurs Arkady Novikov, Boris Zarkov, and Vladimir Mukhin (whose White Rabbit is a regular in the annual World’s 50 Best Restaurants list). Among the 26 cafes here on Moscow’s Nikolskaya Str., there is even room for Uzbek lagman soup and Russian dumplings with mushrooms and potato. There is also a bar serving Riesling, Prosecco, and two dozen sorts of beer. 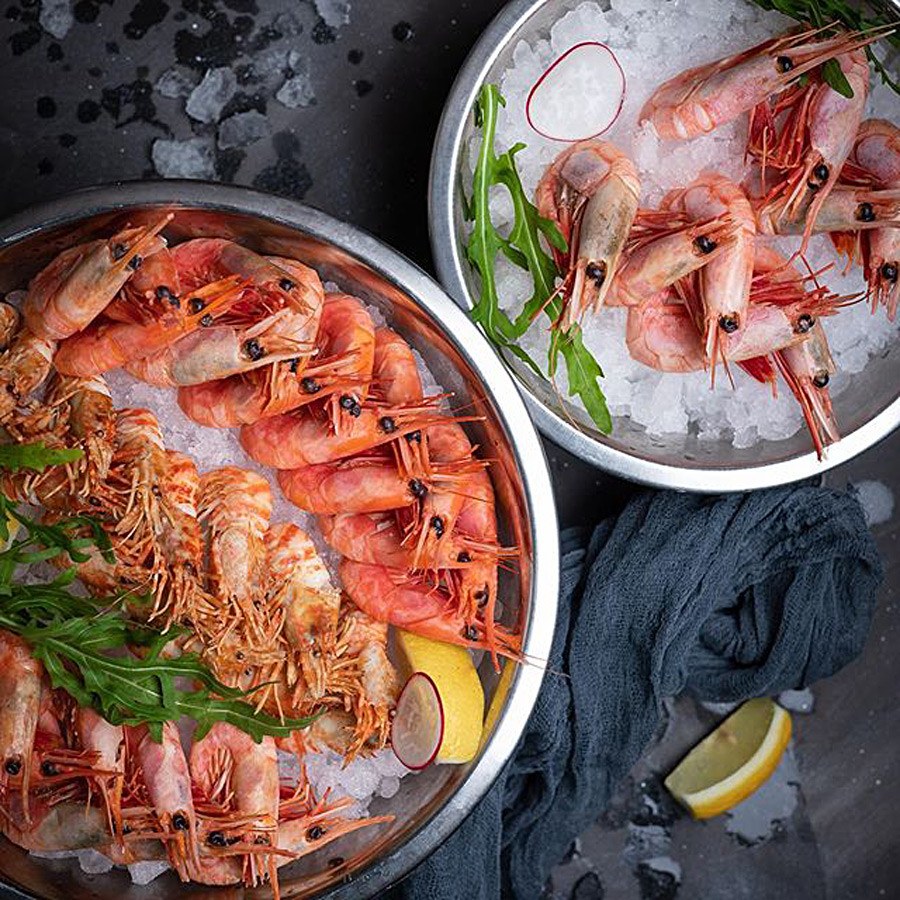 The Eat Market gastronomic space is located in the business district near Park Kultury metro station, so nearby office workers often come here for lunch. About 20 restaurants have opened so far, as well as cozy bars and wine rooms.