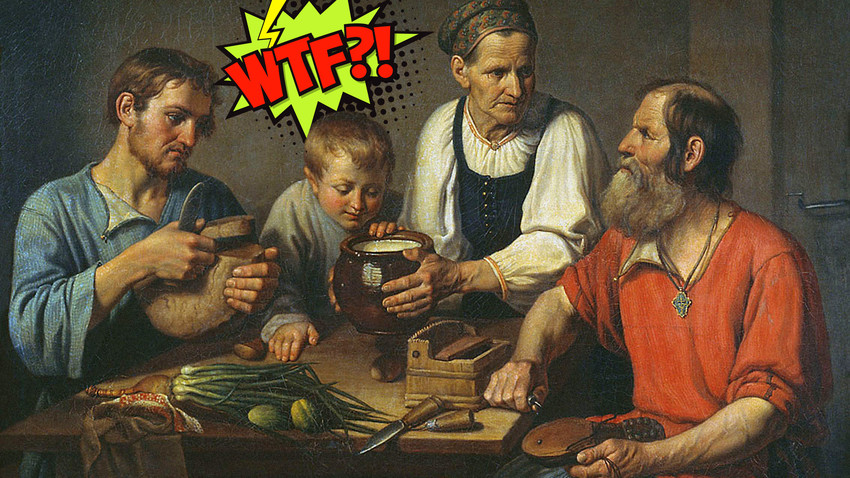 Tretyakov Gallery
Most Russian peasants were appallingly poor. So they had to manage to produce food from the most unappealing things. Porridge from the woods? A paste made out of fermented seeds? Black salt from the depths of the stove? We’ve picked out five of the strangest...

1. Birch kasha – food from the woods 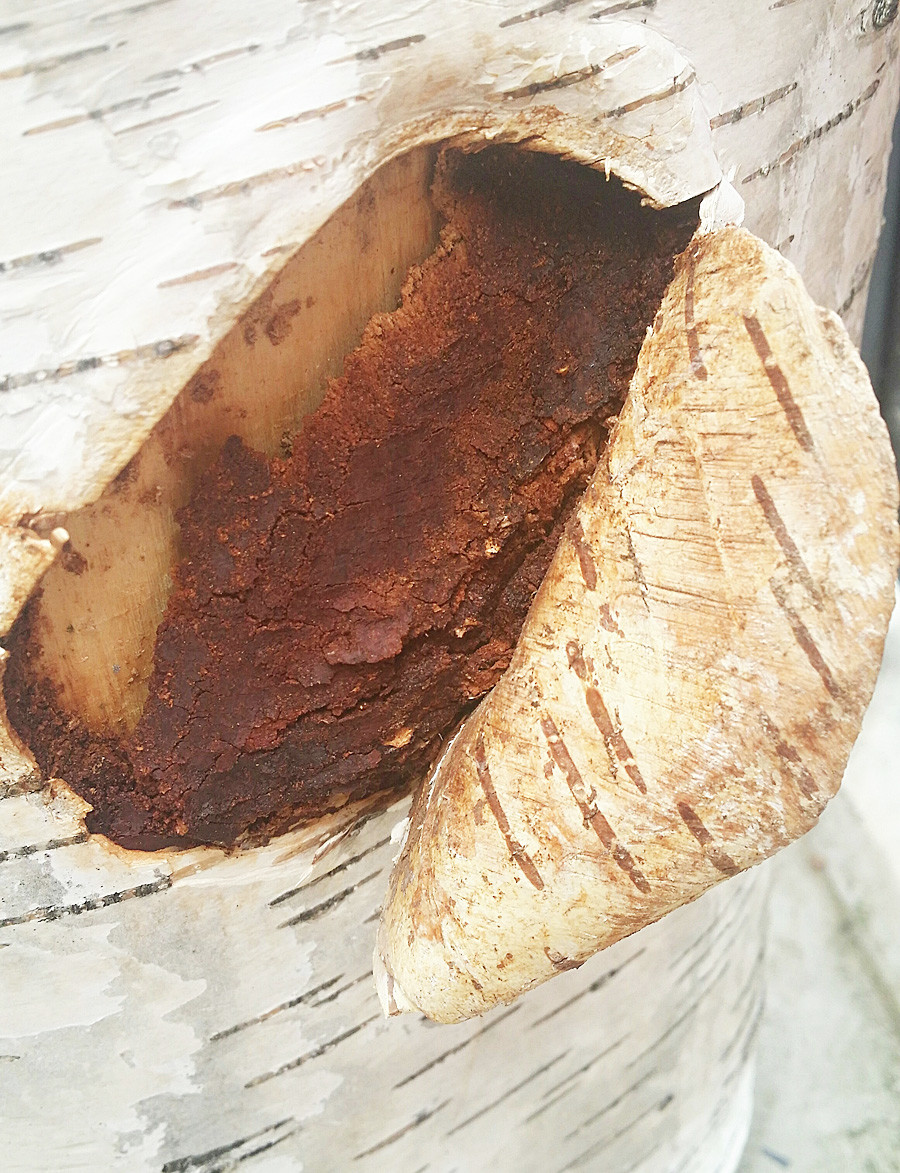 The Birch tree, one of Russia’s symbols, was used not only as firewood, but for various other purposes: birch sap was used as an antiseptic, birch bark for writing and shoemaking, and so on.

Parts of the birch tree could also be cooked as kasha (porridge). Phloem, the innermost layer of the bark, responsible for transporting nutrition inside a tree, was used for this purpose. One needs to remove the birch phloem, soak it until it’s completely moist, and then boil until it becomes thick and slimy like porridge. Your daily birch breakfast is ready! Serve with birch juice.

2. Rubets – rumen, the first part of a cow’s stomach 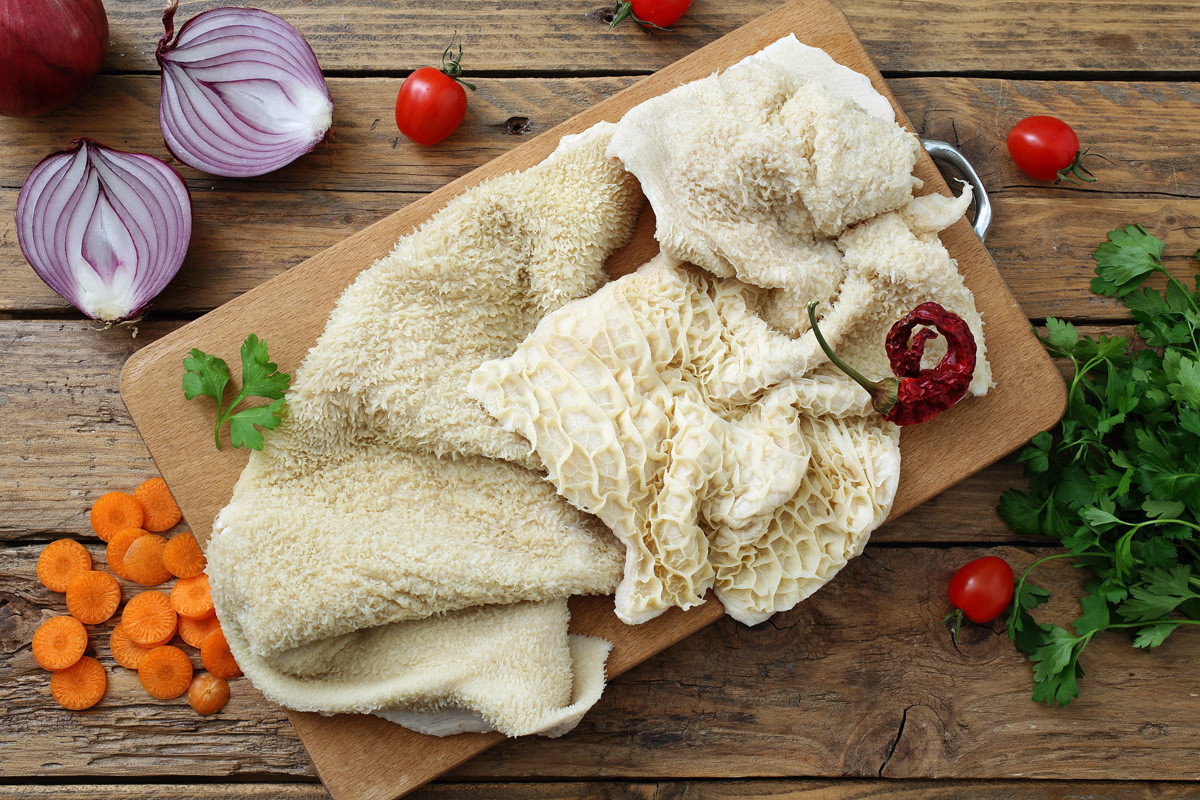 Every fall, peasants were ordered to salt and marinate beef for winter to feed their landlord’s family. Rubets (rumen) cannot be stored and that’s why peasants were allowed to take it for themselves, and they invented ways to prepare this meat by-product. It resembles Scottish haggis (except that haggis is made out of sheep’s heart, liver, and lungs) or Italian tripe (however, tripe can be made up of all chambers of a stomach, while rubets uses only the first chamber).

Rubets must be soaked for several hours (with the water changed hourly) to get rid of its pungent smell. Then it must be boiled with vegetables for about five hours until it is soft enough to be pierced with a fork. Rubets was rich in nutrients. It contains protein and a lot of vitamins, and elements such as zinc, which improves the immune system. But how weird does it sound and look! 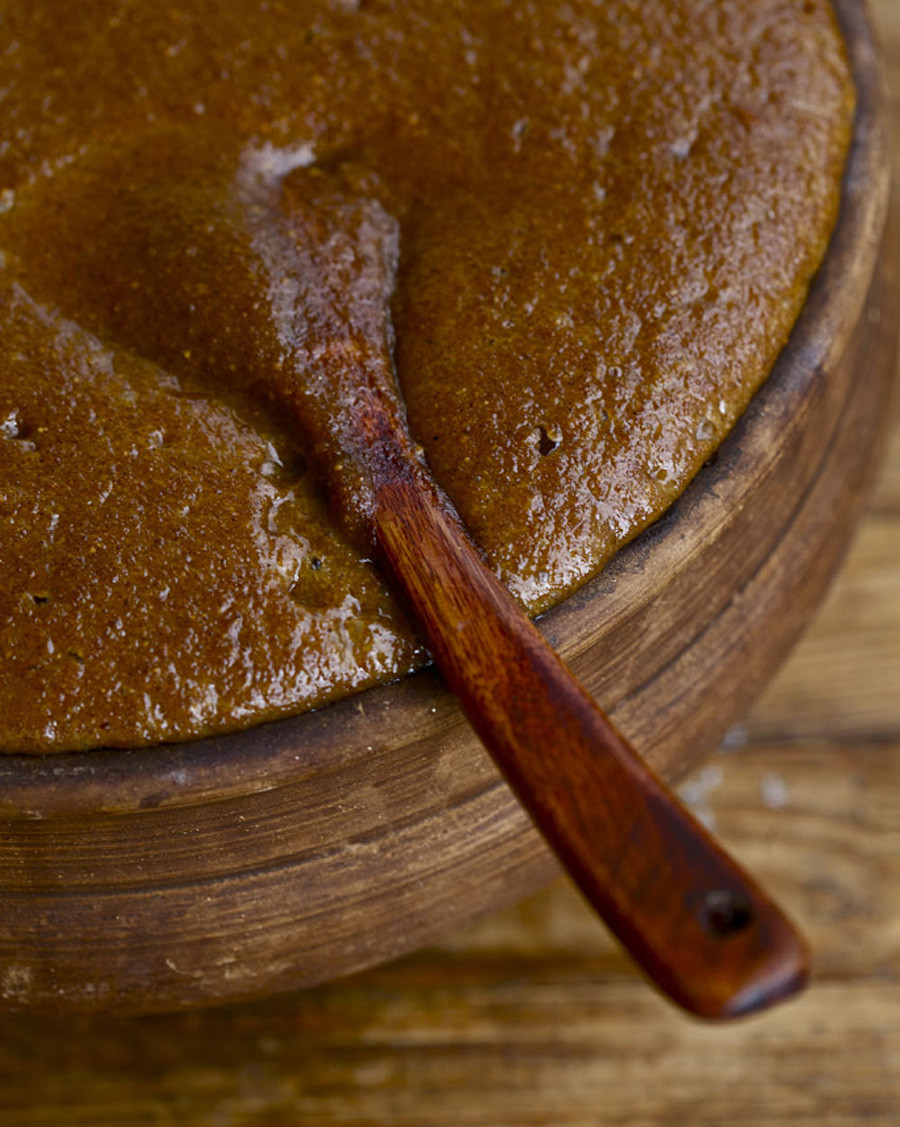 Made out of rye, kulaga was similar to birch kasha, because it, too, required very little effort and ingredients to prepare: rye flour, rye malt, and water is all one needs. Rye malt is soaked in freshly boiled water for an hour, then rye flour is added (twice as much as the malt amount). After the resulting dough cools and becomes homogeneous, it is put in a tightly closed pot and placed in the stove for several hours.

Good kulaga has a light brown color and resembles a very thick porridge – one can cut it with a knife. During the cooking, the kulaga is fermented, and the end product contains a lot of healthy nutrients and is especially rich in B vitamins, necessary for a healthy metabolism. Russian peasants used this ‘superfood’ as a popular remedy for diseases of the gastrointestinal tract, heart, liver, and kidney diseases. 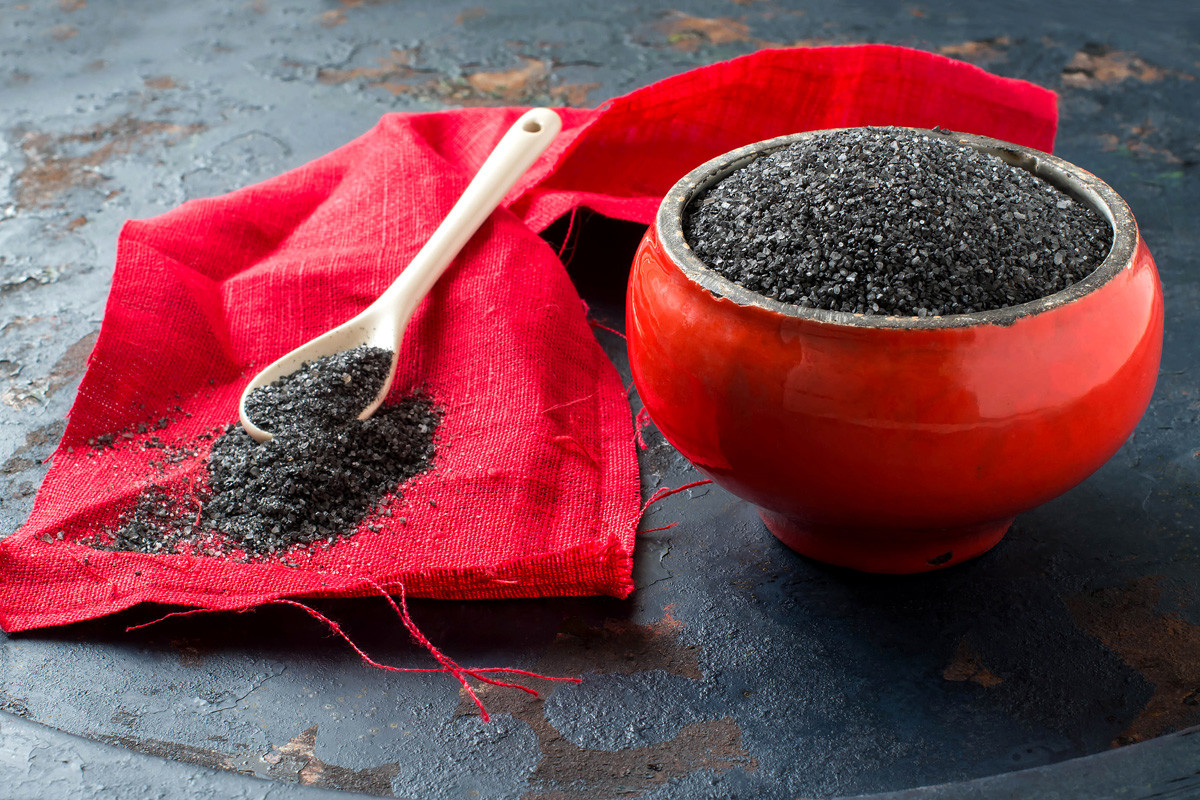 Apart from being a healthy meal, kulaga was a ritual food, probably preserved by Russian people from pagan times. The same can be said about the so-called ‘Thursday salt’. It could only be prepared on one night during the whole year – the night before the Maundy (Holy) Thursday, when, according to the Bible, Christ had his Last Supper with the Apostles. Thursday salt was a ritual food because, in ancient times, salt was very, very expensive and believed to have the properties to protect a person from evil spirits.

To prepare Thursday salt, one had to take coarse salt, moisten it with water and mix it with rye bread crumbs. This mass was put into a moist fabric, then into a birch shoe (lapot’), and buried deep into the ashes of a stove fire and left for up to 4 hours. But the main ‘ingredient’ was prayer – peasants kept praying during the whole process. Prayers were also read when the resulting hard lump of salt was being pounded in a mortar. After that, the salt was sanctified in a church. 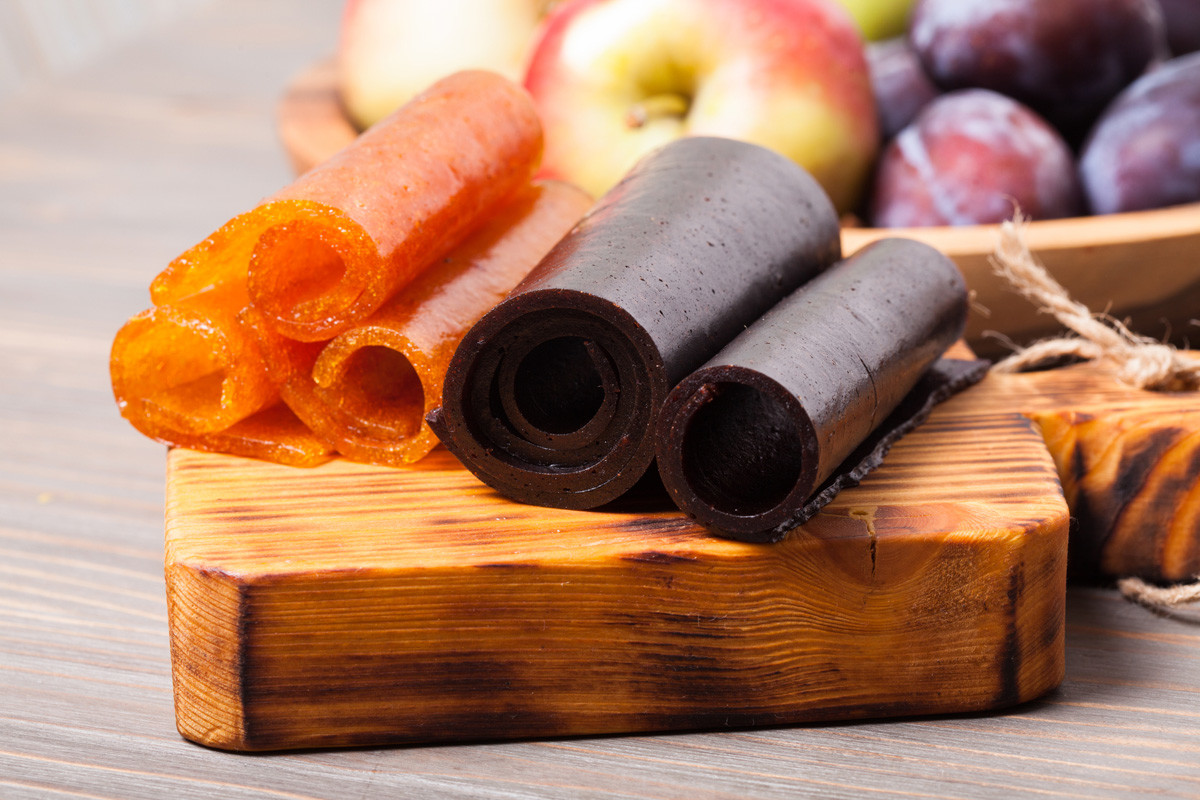 For the most part of Russian history, Russian peasants didn’t know what sugar was – it was too expensive and therefore wasn’t used in peasant culinary arts. But children love candy, and peasant children were no different – so Russians had their own candy called levashi, made from fruit.

This candy could be stored for up to 5 years because it was simply naturally dried fruit juice. To prepare levashi, fruits (or, more often, berries) were crushed into puree form. Then, honey was added for sweetness, and the puree was left to dry in the open sun in large pans, or put into a warm stove to dry faster.

The resulting thin fruit paste sheets were cut into strips, rolled into tubes and stored. Food historians argue levashi is the oldest candy known in the Russian region. Recently, Russia saw a revival of this kind of candy – known now as pastila (although proper pastila is made using egg white) and is being sold as “traditional Russian delicacy”, which it surely is.