4 Soviet dishes for lovers of canned fish and nostalgia 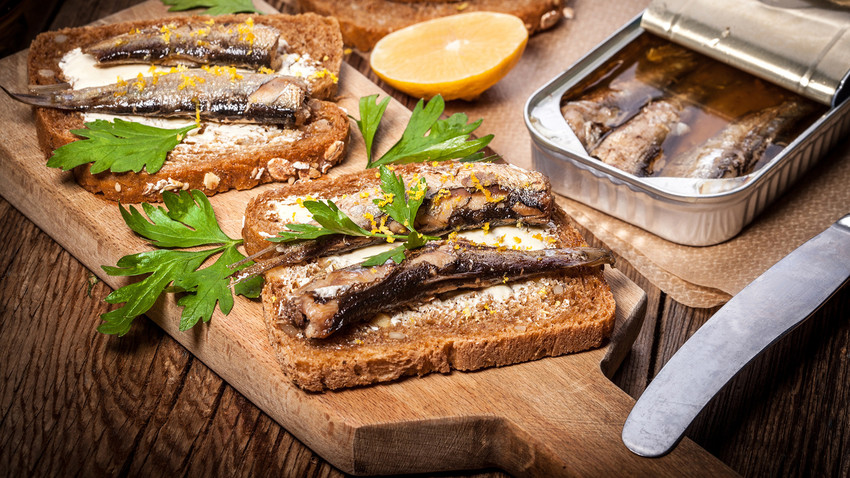 Legion Media
Many Soviet recipes were quick to make without sacrificing variety. Ordinary canned fish was used as a base for appetizers, salads, and soups. And today’s generation is in no hurry to part with them. 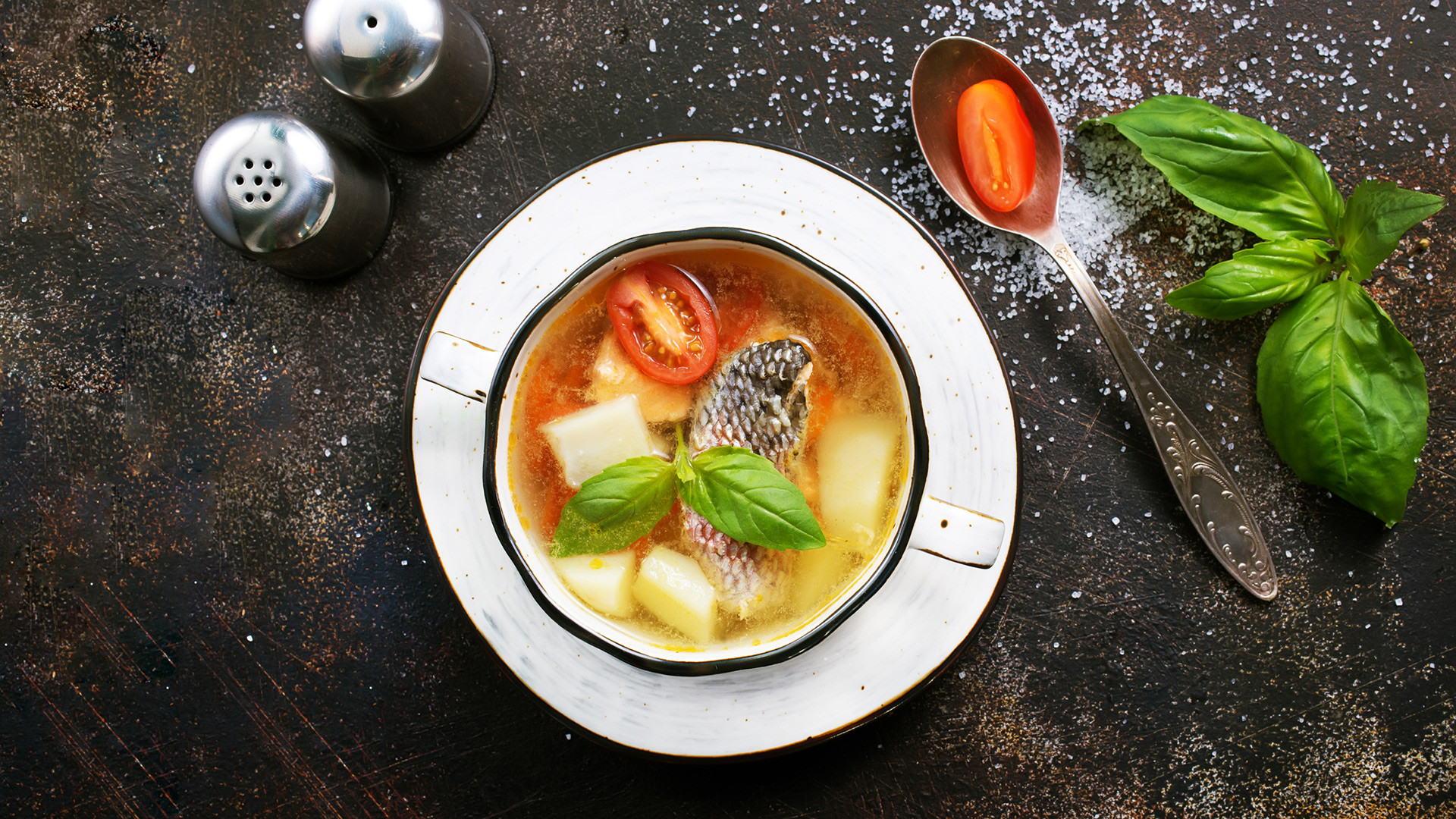 The most traditional fish soup in Russia is called ukha, but good fresh fish is not always to hand, plus it takes a while to prepare. A quick alternative is pink salmon soup made from canned fish.

How to prepare: Rinse rice (3 tbsp) thoroughly and put in boiling water (2 L). After 10 minutes, throw in diced potatoes (3 pcs), grated carrot (1 pc), and chopped onion (1 pc). (For a fattier taste, the carrot and onion can be pre-fried in a pan.) Add in bay leaf, a few pods of allspice, and salt to taste. Open a tin of pink salmon, remove the bones, and cut with a knife. It’s better not to mash it with a fork so that the pieces remain intact. Place the fish in the soup, add chopped dill with parsley, and boil for another 5 minutes. Serve on a plate with a slice of lemon, fresh herbs, and smetana as desired. 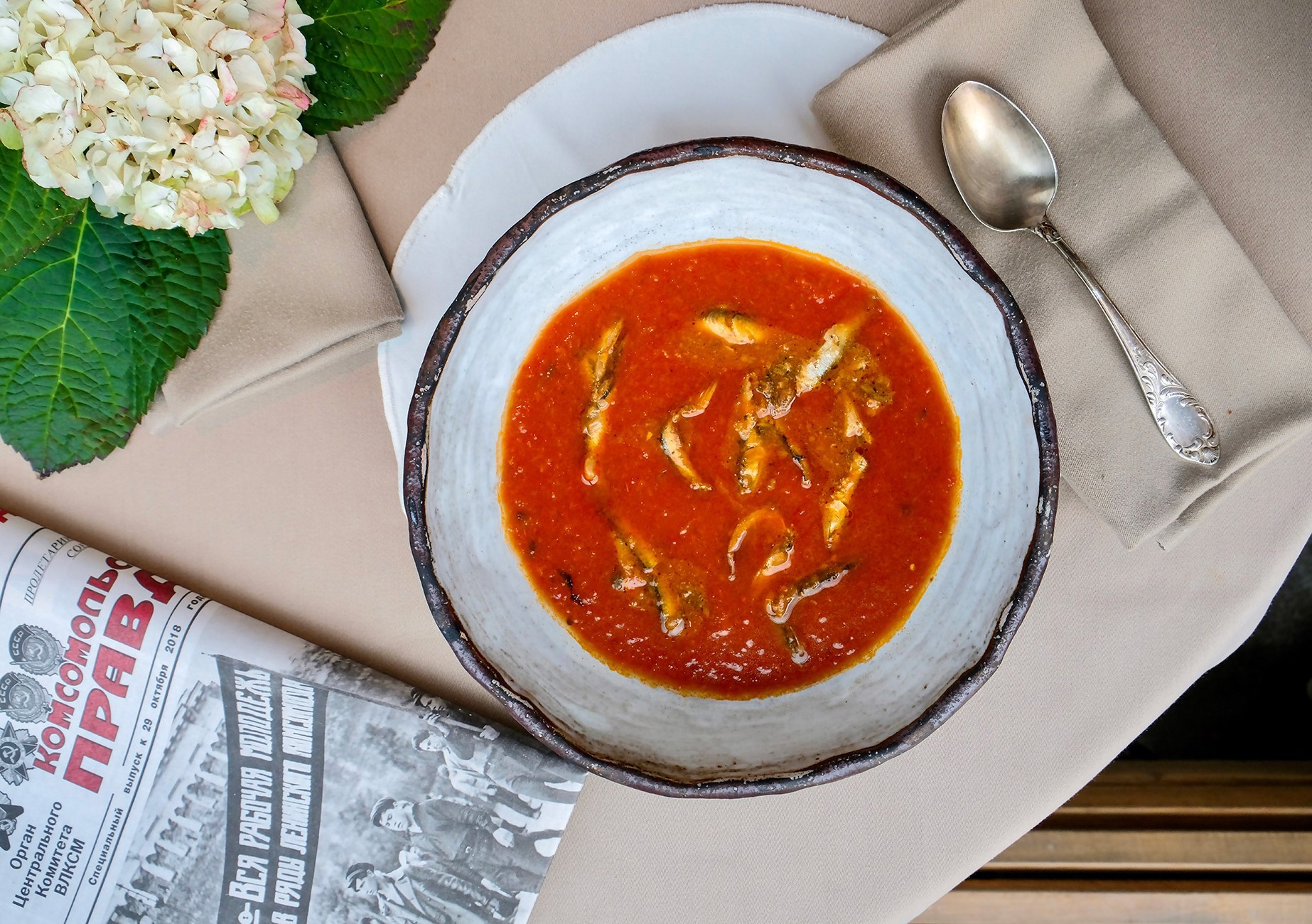 Tomato soup made from three ingredients

This soup is simple, yet can be made in many different ways. Some use fish or chicken broth as a base, while others do without. Still others make a vegetable seasoning, while a fourth group likes to add potato, rice, or noodles. Our recipe features three ingredients.

How to prepare: First, mix tomato sauce (1 L) and fish broth (0.5 L), and boil for 10 minutes over medium heat. Open a tin of fried sprats (200 g), drain the oil (tomato sauce can be added to the soup), and pour the sprats into the soup. Bring everything to the boil, and remove from the heat. For a puree texture, run the soup through a blender.

3. Sandwich with sprats and eggplant paste 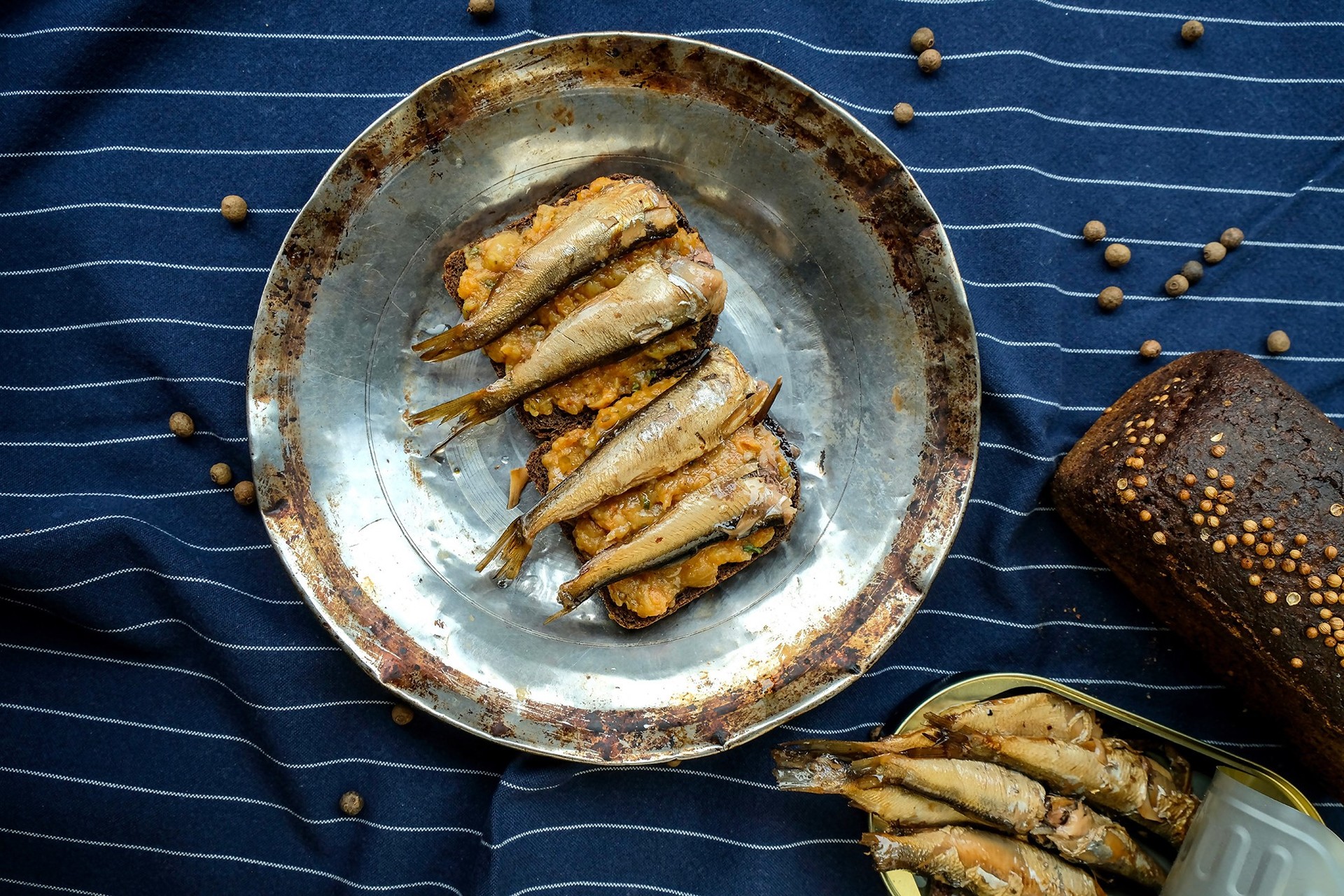 Sandwiches with sprats, salty and oily

The classic Russian sandwich made from Borodinsky or white bread with Baltic sprats and a sprinkling of dill is still out there, but restaurateur Vladimir Perelman elevated the recipe to a new level of perfection. We share his version from the book Fish of Mine.

How to prepare: Prick whole eggplants (4 pcs) with a toothpick in several places, and bake on a dry baking sheet at 180°C for 20 minutes. During this time, chop onion (1 pc), carrot (1-2 pcs), and garlic (4 cloves). Brown over medium heat until the onion is transparent, and then add tomato paste (70 g). Peel the baked eggplant, dice, and add to the sautéed vegetables. Bring everything to the boil, add salt, pepper, and chopped coriander (20 g). Fry brown bread (6-8 pcs) on both sides in a dry frying pan. Open the tin of sprats (200 g), and drain the oil. Spread the eggplant paste and sprats on the hot bread.

Quick version: Take a slice of brown bread, rub it with garlic, pour on aromatic oil, place sprats on top, sprinkle with grated cheese (to taste), and bake for a couple of minutes in the oven. 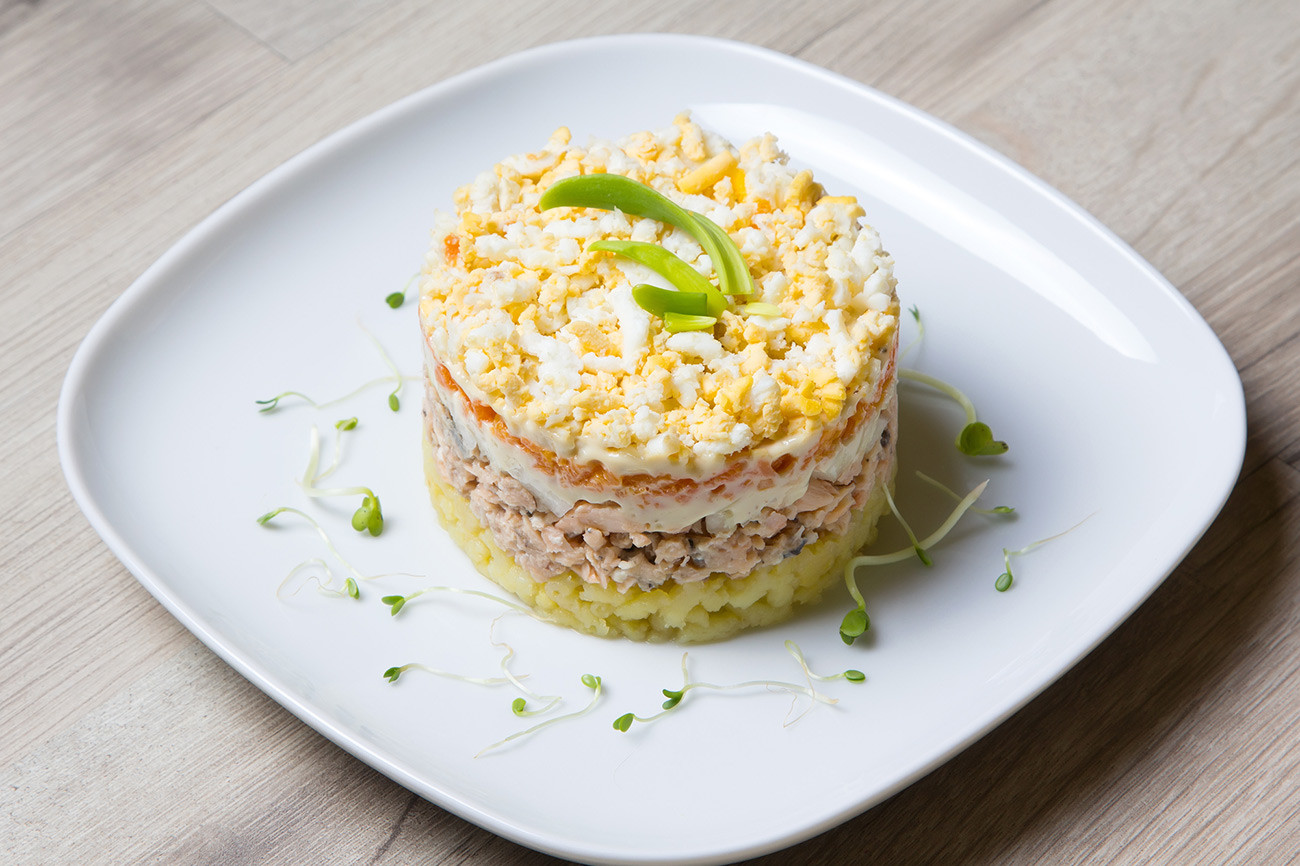 This salad is traditionally made for New Year and International Women’s Day. The name comes from the sprinkled egg yolk on top, which imparts the look of a yellow mimosa flower. At the core lies canned pink salmon under several layers of carrot, potato, egg, and cheese, all drowning in mayonnaise.