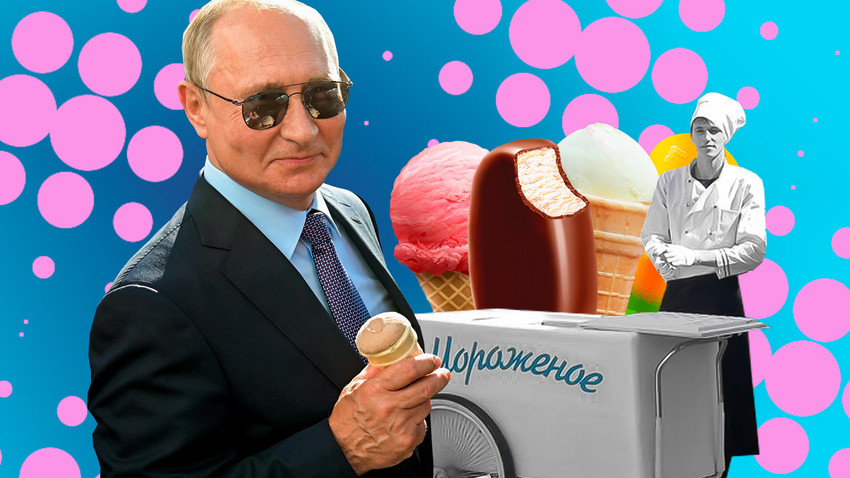 Sergey Guneev/Sputnik; Moskva agency
Sorbet, choc-ice, French-style plombières — all made from natural ingredients. It’s enough to make you want to spend your summer in Russia. 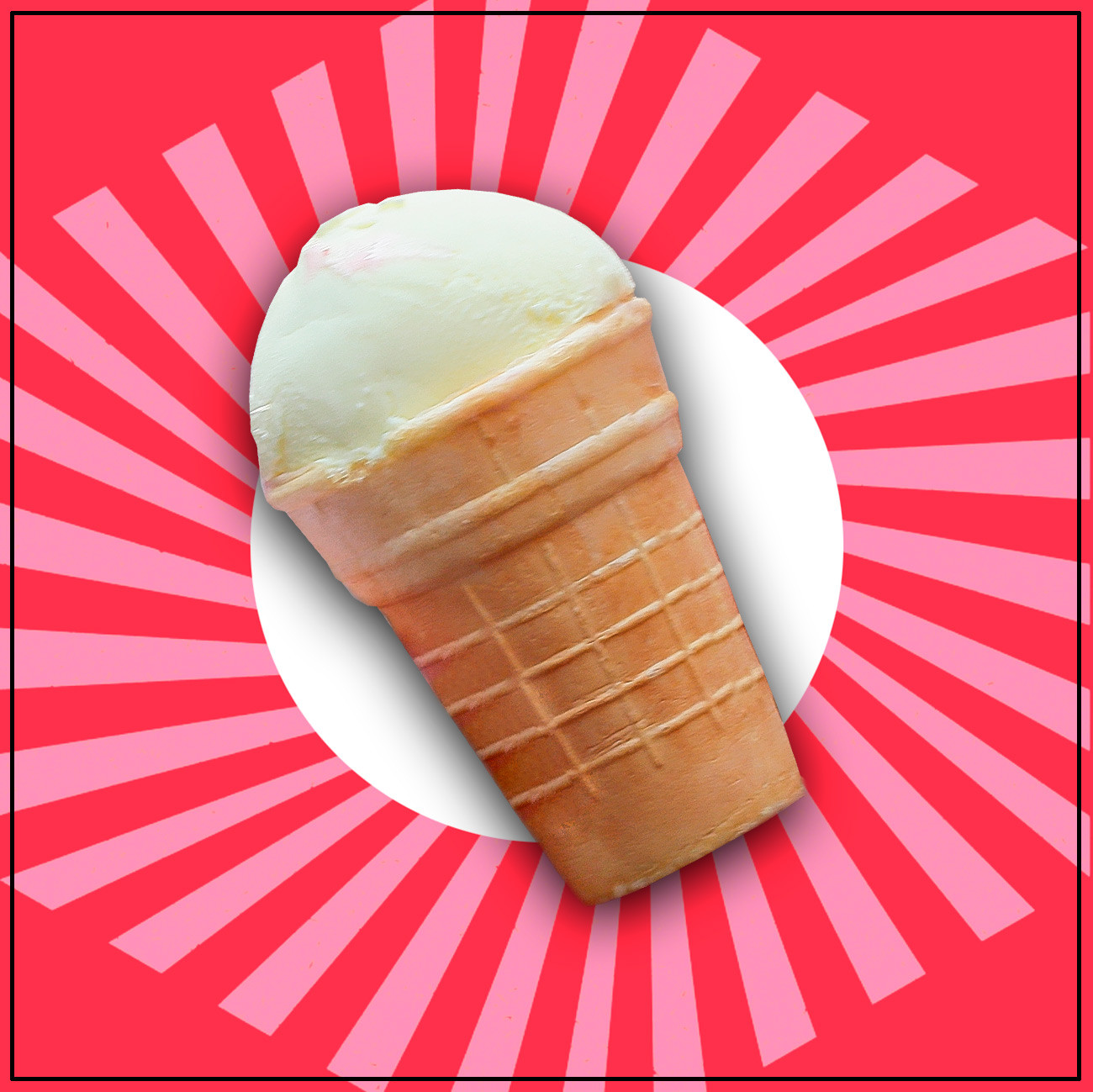 Plombières and crème brûlée in waffle cups first went on sale at the GUM department store on Red Square in 1954, and always attracted long lines of salivating customers. It was relatively inexpensive (20 kopecks), rich, sweet, and insanely tasty. This nationwide favorite was served to high-ranking guests and celebrities, and counts US First Lady Patricia Nixon and Elton John among its admirers.

Today, it comes in a range of new flavors, including vanilla, currant, cherry, pistachio, and strawberry. However, according to Tatyana Berestneva, manager of the Gastronom N1 store, the recipe has not changed since Soviet times. The famous GUM ice cream is still made on site by hand, and the main ingredient remains natural milk. 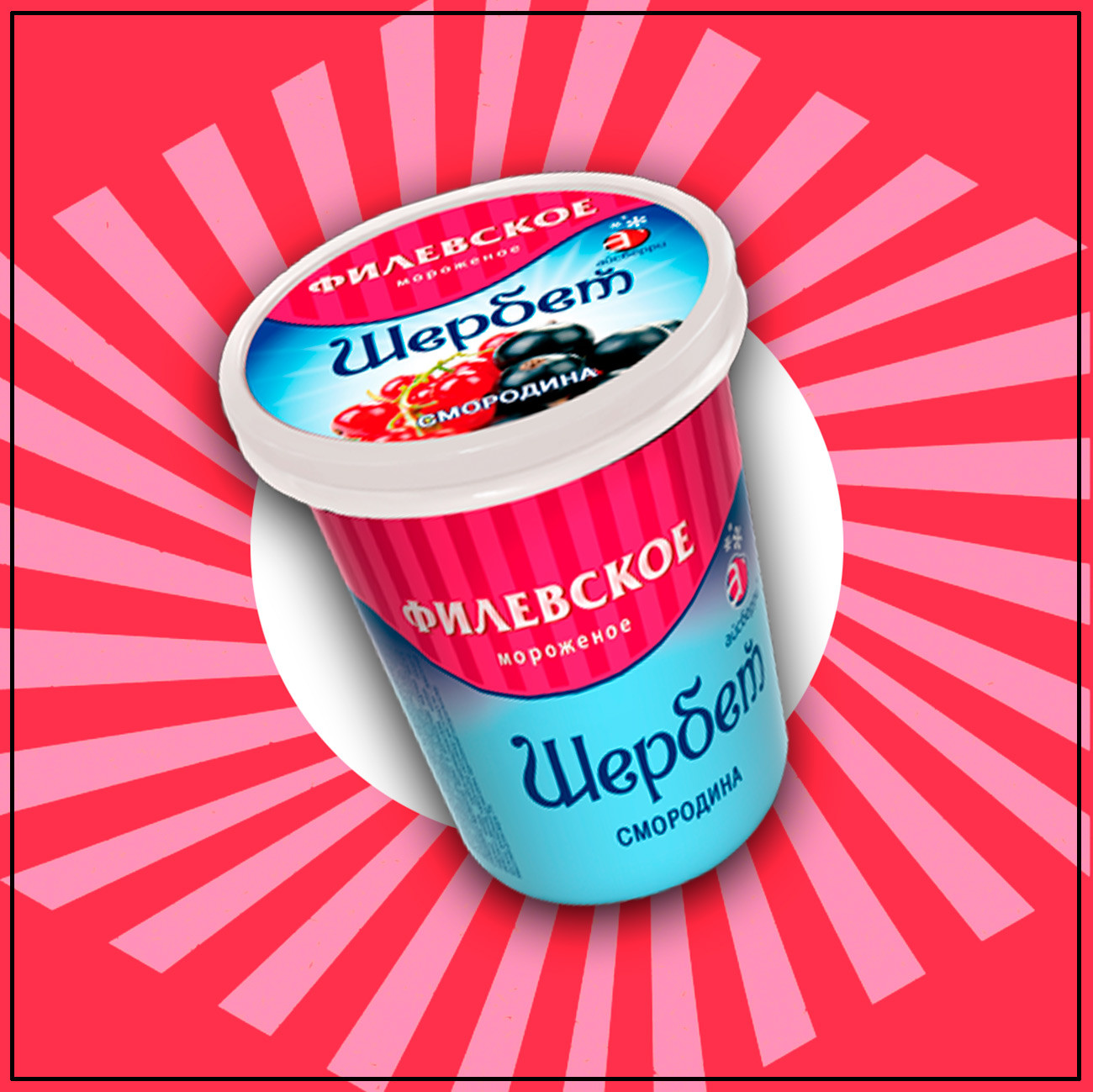 This bright-pink sorbet in a white paper cup with berries depicted on the side was sold in all Soviet towns and cities. At 7 kopecks everyone could afford it, which is why many Russians today associate it with the taste of childhood.

The ice cream itself was discontinued long ago. However, in the 2000s, Iceberry decided to restore this beloved treat. The new currant-flavored ice cream is slightly acidic, and inside you can even find small pieces of berries. Russians quickly fell in love with the new sorbet, and it’s the first thing that children take out of the fridge when they get home from school. 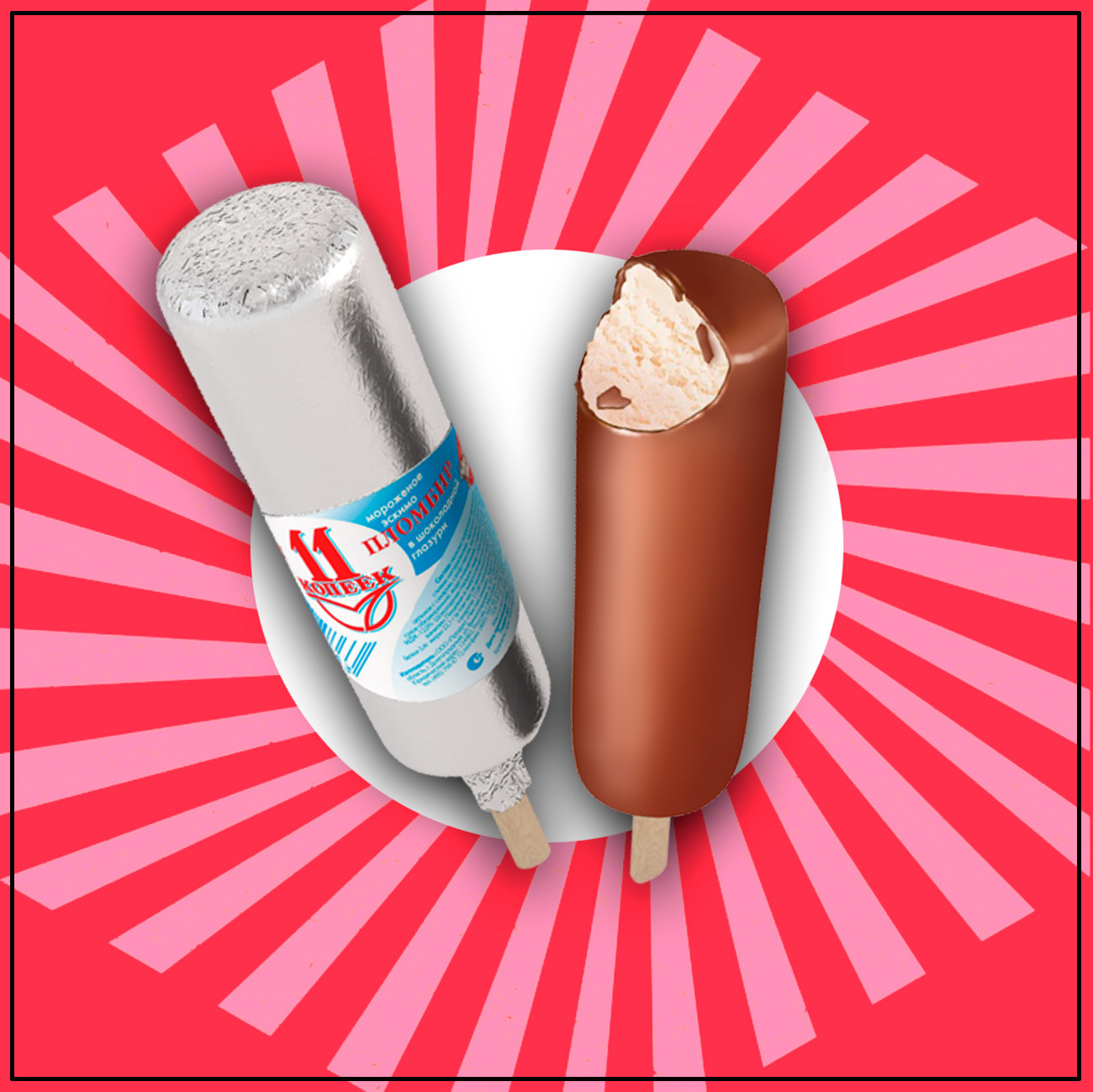 Another favorite dessert in Soviet times was the famous choc-ice on a stick (known as eskimo in Russian). It was loved for its creamy taste and, of course, chocolate icing. But by the mid-1980s it was on its way out, and soon disappeared entirely in its original form.

Since the mid-1990s, many companies have tried to restore the taste, and Chistaya Liniya (Clean Line) was probably the most successful. They called their choc-ice 11 Kopecks in memory of the Soviet price. 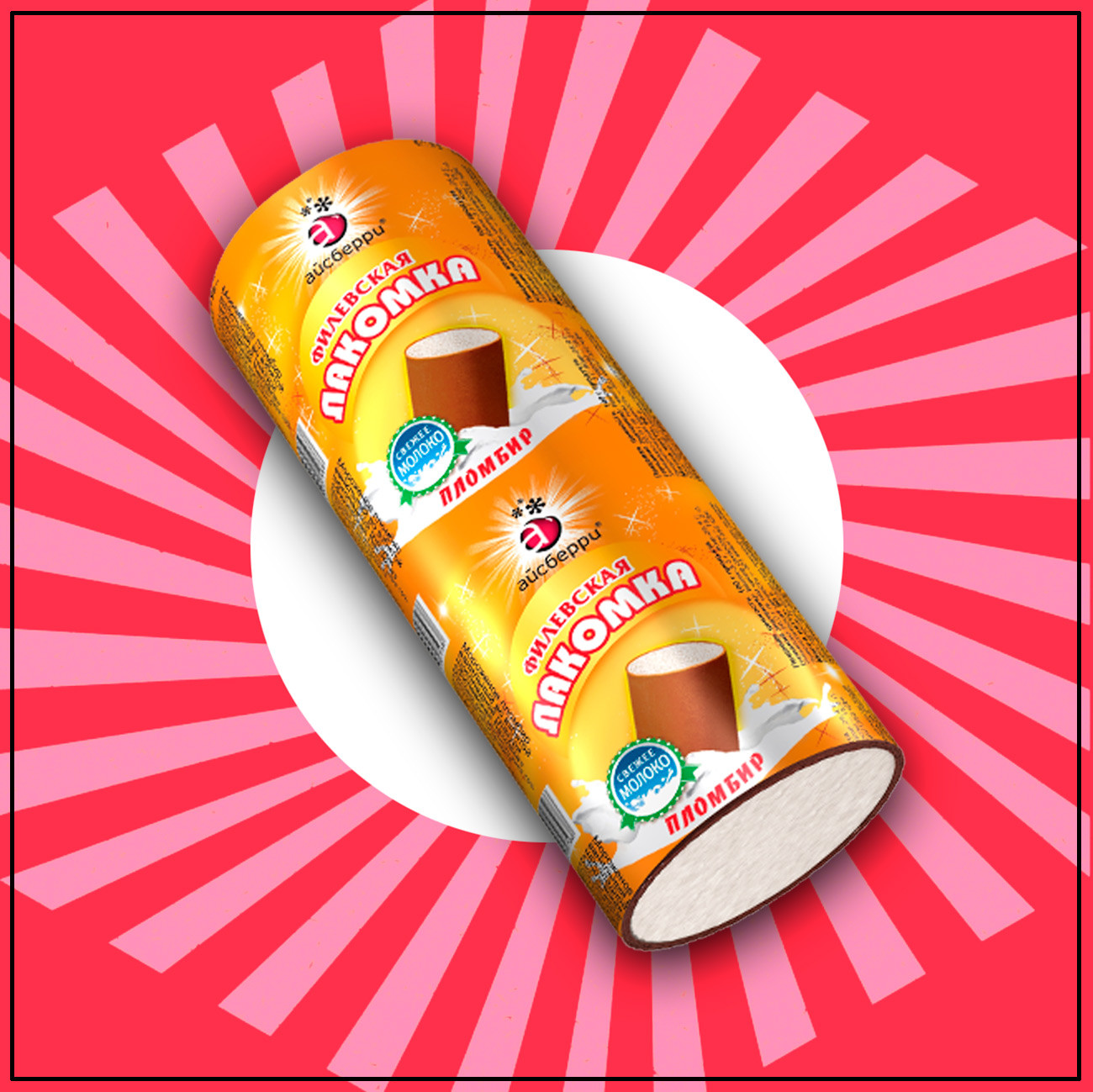 This cylinder of impossibly tender, creamy plombières encased in whipped chocolate icing first appeared in Moscow in the 1970s. Although it was a pricey novelty at 28 kopecks, it quickly won countless hearts and stomachs.

Today, this famous plombières is made by various brands, but most fans prefer Iceberry. 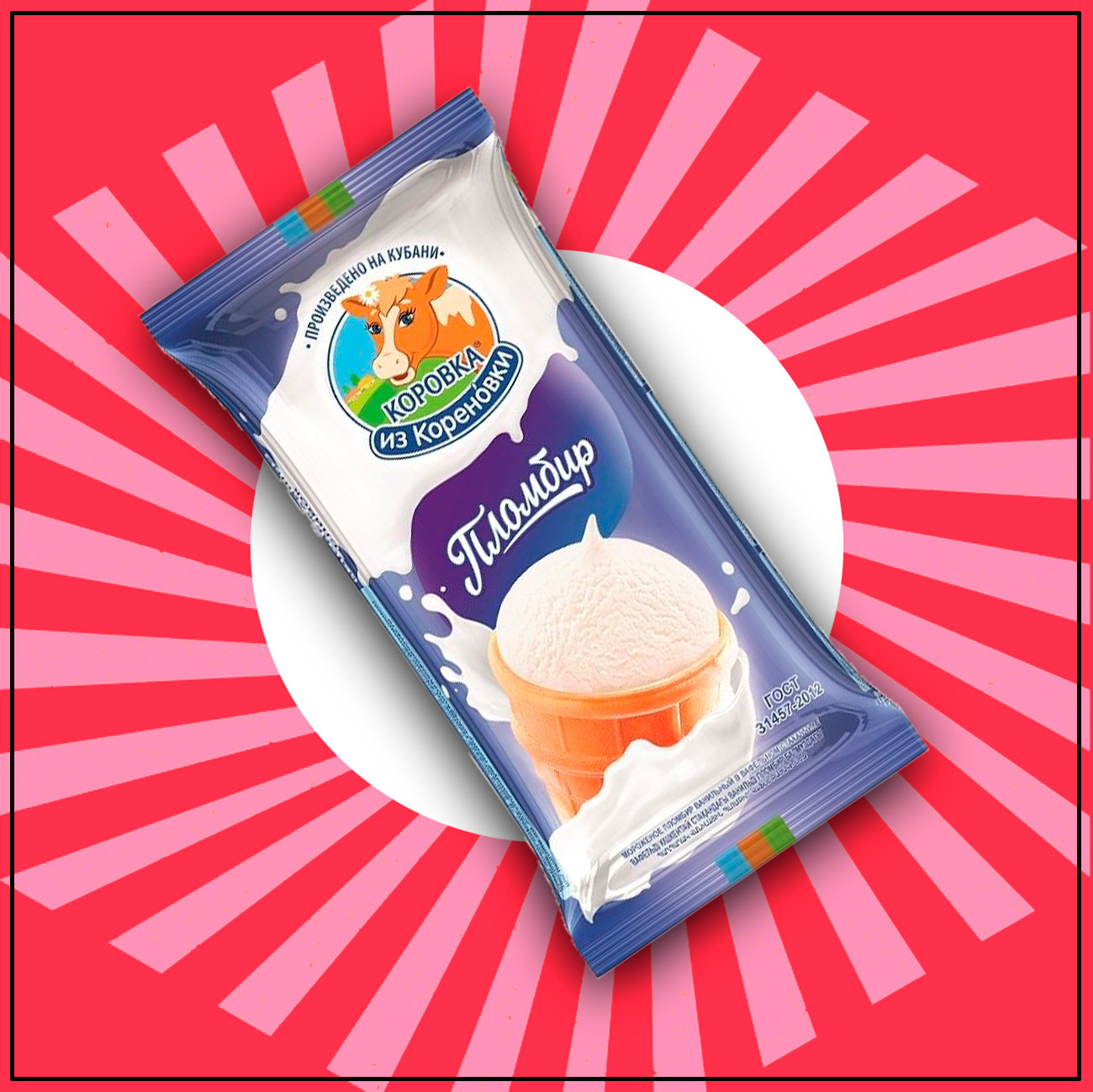 Russian President Vladimir Putin bought this ice cream at least twice at the MAKS International Air Show in 2017 and 2019. He described it as “the most delicious” in Russia.

The confection consists of ordinary ice cream in a waffle cup, similar to that sold in GUM.