Detox traditions in Russia: 3 salads to help you feel lighter

Russian Kitchen
Yulia Mulino
You may think that light eating is not our strong point, but don’t forget that Russians often used to eat vegetarian dishes because of Church rules that called on believers to fast for about 200 days a year. 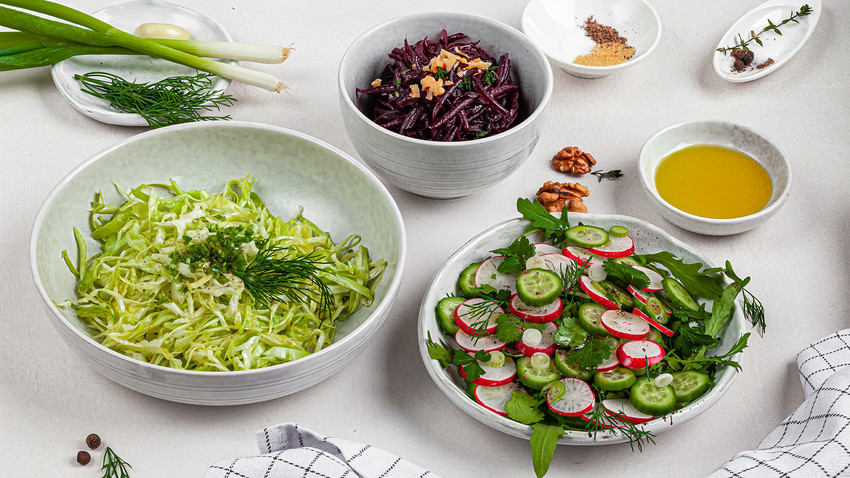 Russians started making salads only in the 19th century. According to William Pokhlyobkin, an expert on the history of Russian cuisine, food trends often came from Europe. In those days the salads consisted of just one type of vegetable: there was beet salad, potato salad, and cabbage salad. One might say these are rather boring, but others might see this as a minimalistic approach that allows us to experience the pure taste of the ingredient. Nevertheless, the following salads promise to be intriguing.

The red beet is one of Russia’s most traditional vegetables, and it was usually baked in an oven, or stewed, and served whole. Let’s make a salad with beets, but make this dish closer to modern traditions. 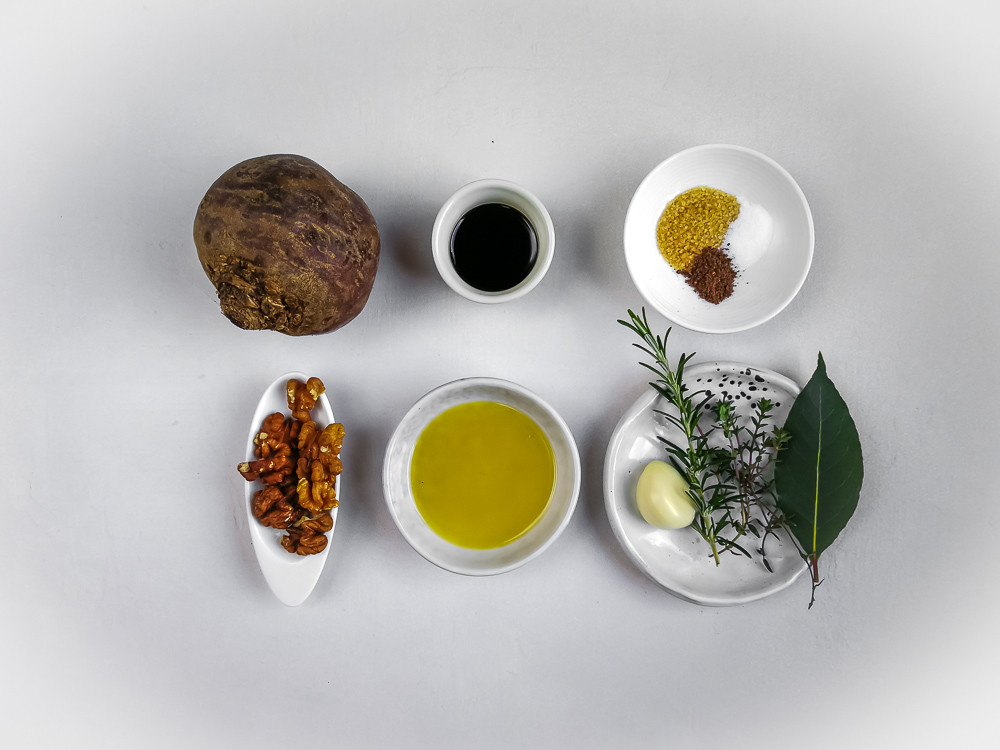 1. Wash the beet, wrap it in aluminum foil with rosemary and bay leaf; bake in the oven for about an hour (the larger the beet, the longer you bake it). Baking instead of boiling preserves the vitamins. 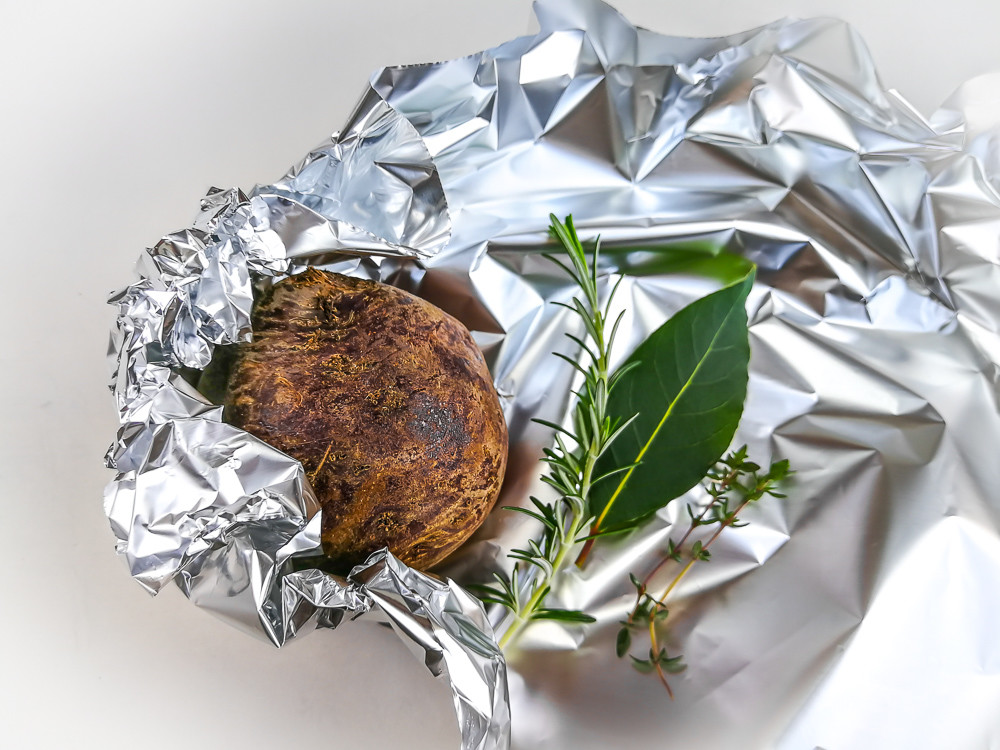 2. After the beet has cooled you can easily peel it. 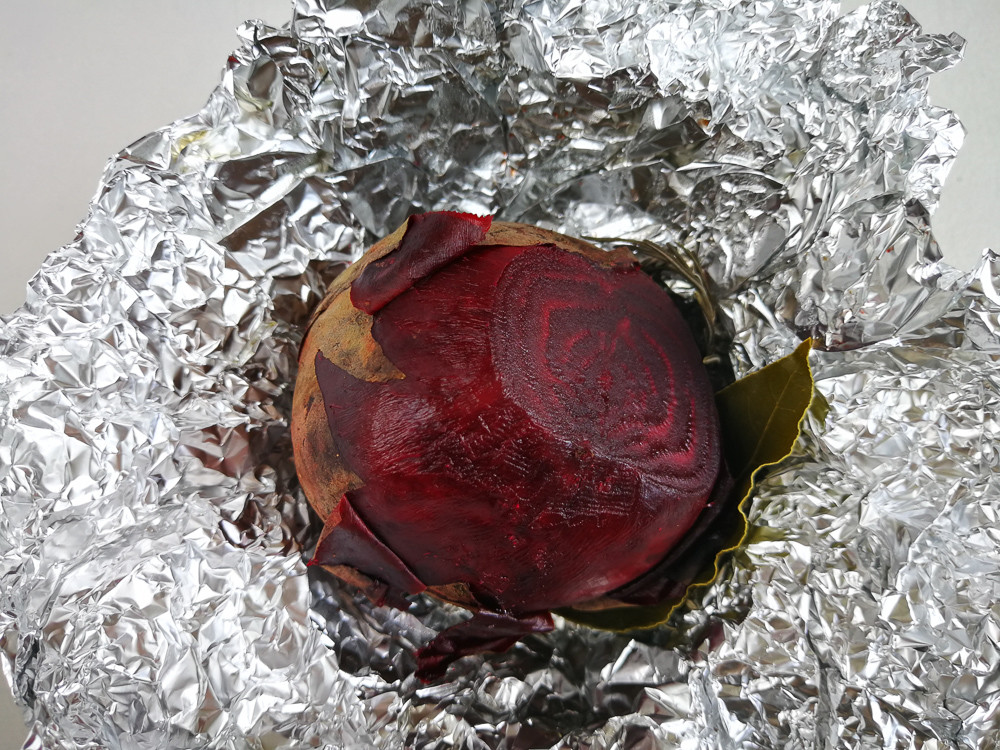 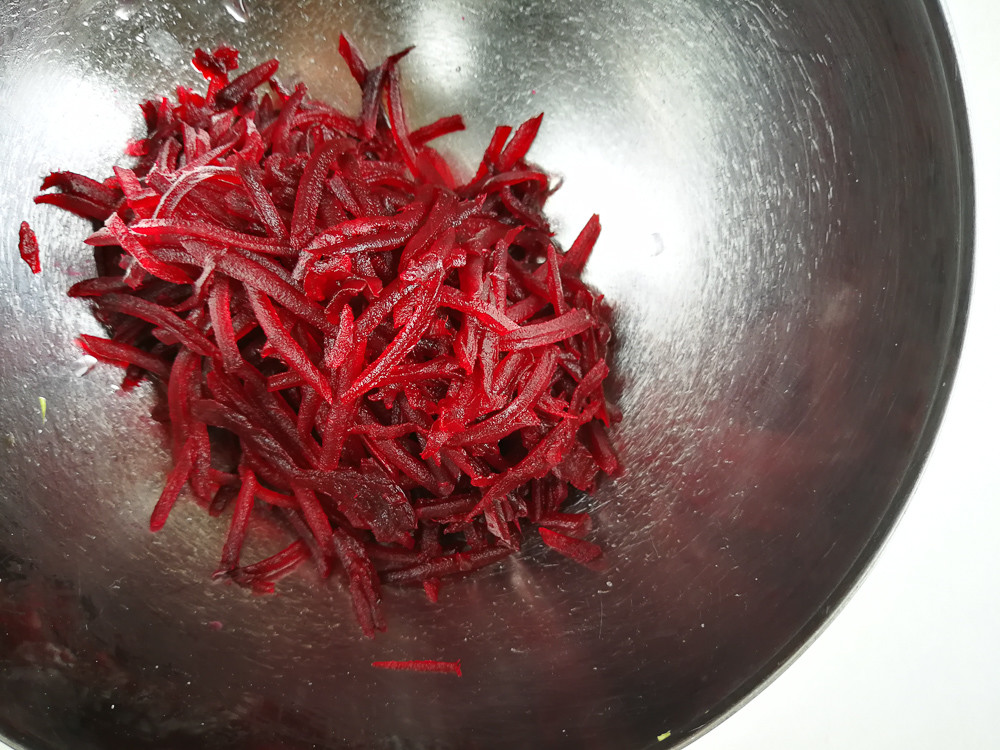 4. Serve with walnuts and fresh thyme. 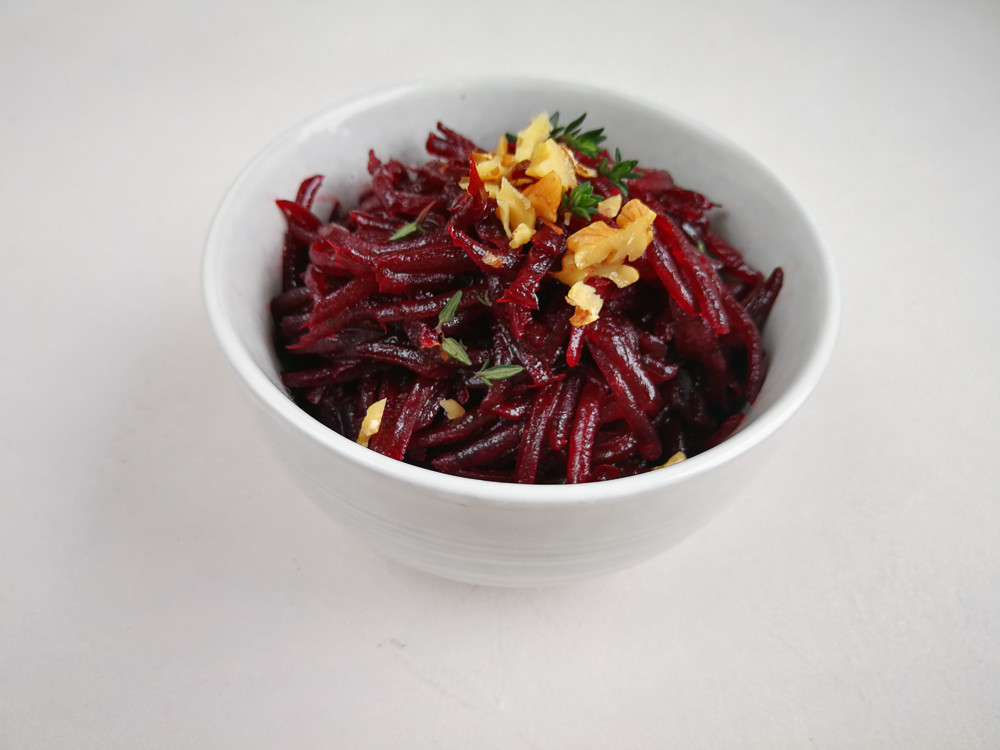 Read more: 10 Russian beetroot dishes worth trying at least once a lifetime

2. Crisp radish salad with a bouquet of greens

In Soviet times, the tradition of fasting was almost forgotten. A good Soviet proletarian needed to be strong and well-fed to be able to build “the happy future”. That’s why food had to be rich with fat and healthy. One can still find a range of vegetable salads in The Book of Tasty and Healthy Food, which was a cult culinary book. They were served with either mayo or sour cream, and each recipe included advice on how to use it as a side dish to meat. Still, the book became the inspiration for the next two recipes.

The salad’s original formula includes only radish, lettuce and sour cream. Many Soviet families remember it as “vesenniy”, or “spring” salad. 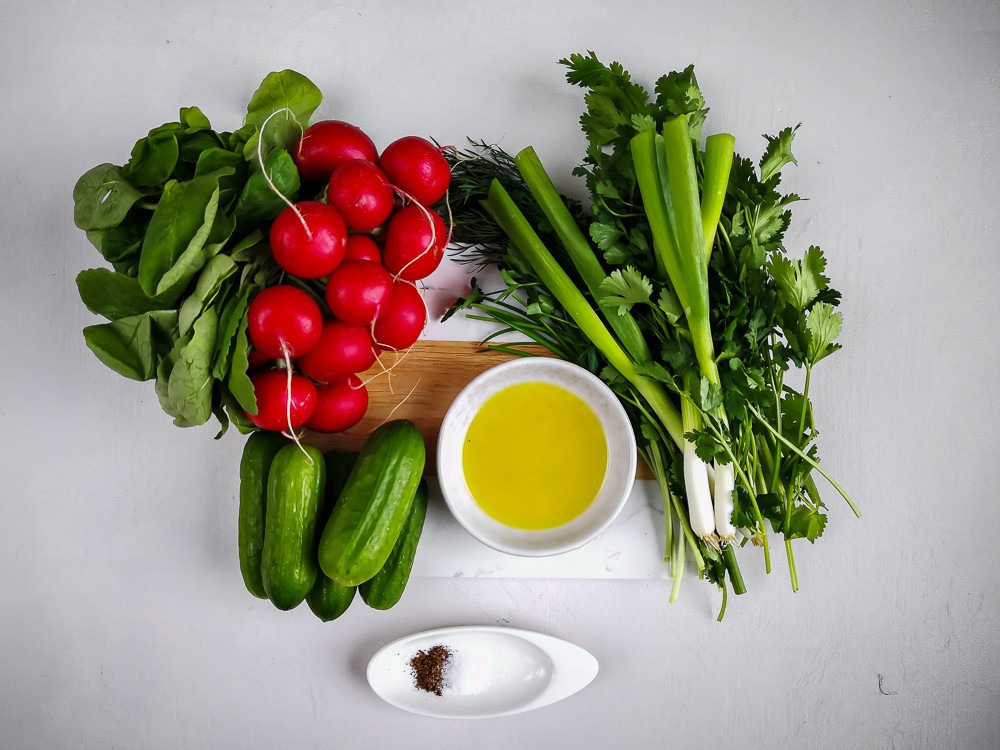 1. Cut the radish and cucumbers in rounds. Chop the greens. Dress the salad with oil, salt and pepper. 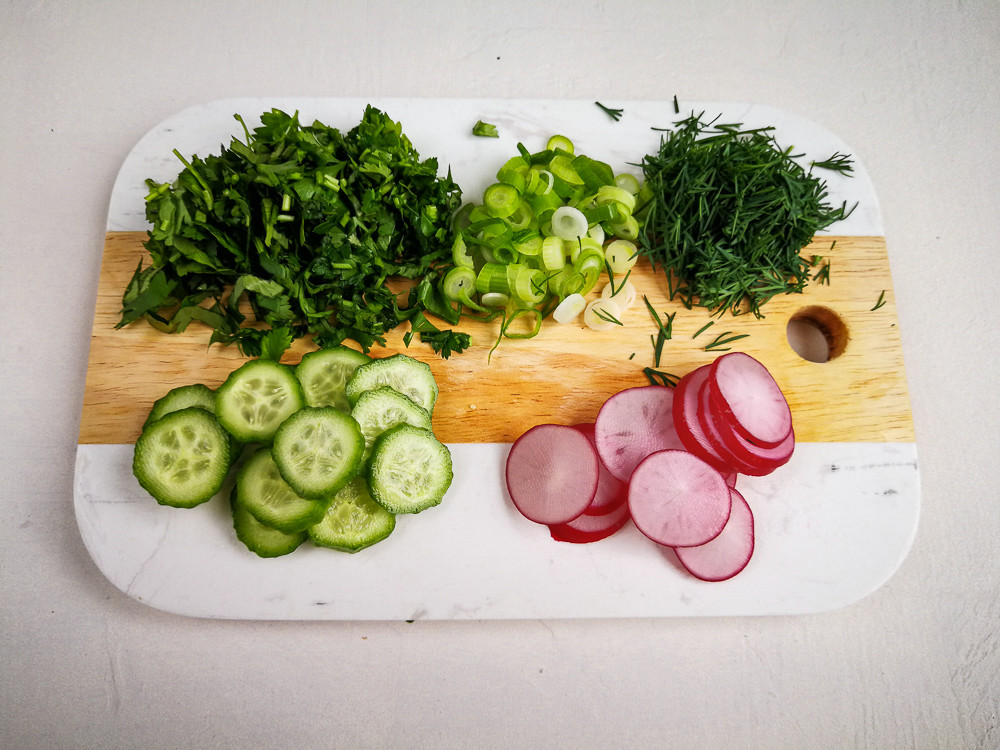 2. If you want to experience  “the Soviet detox” then add a bit of mayo. 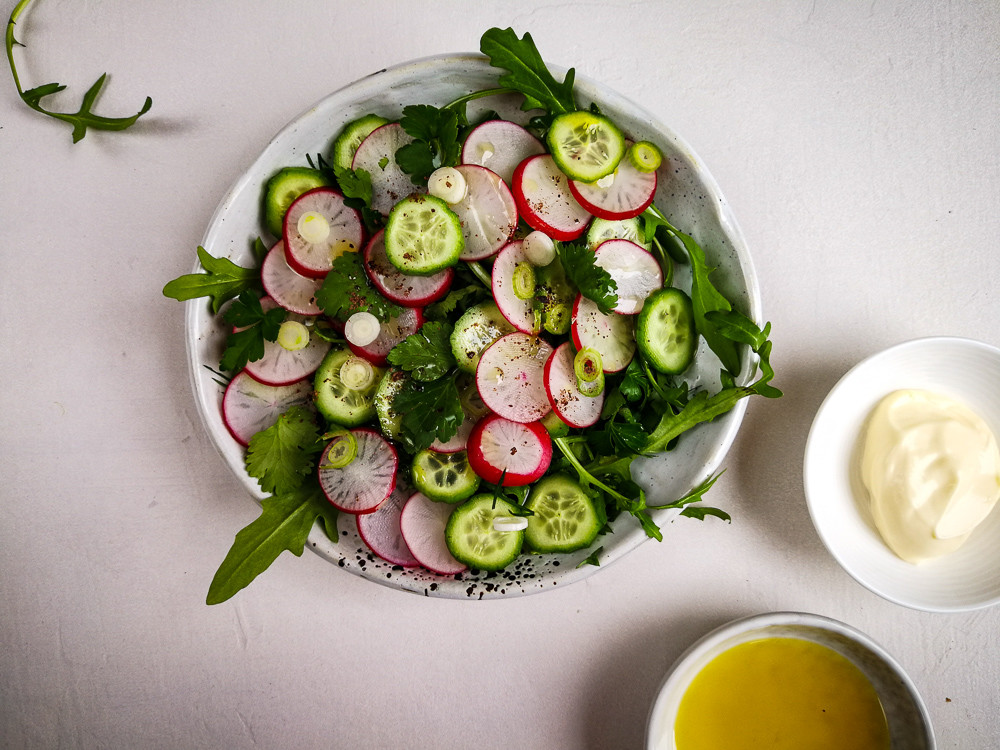 This fresh and juicy salad combines fruits and vegetables. In Soviet times, you could find it in all canteens, from schools to holiday resorts. 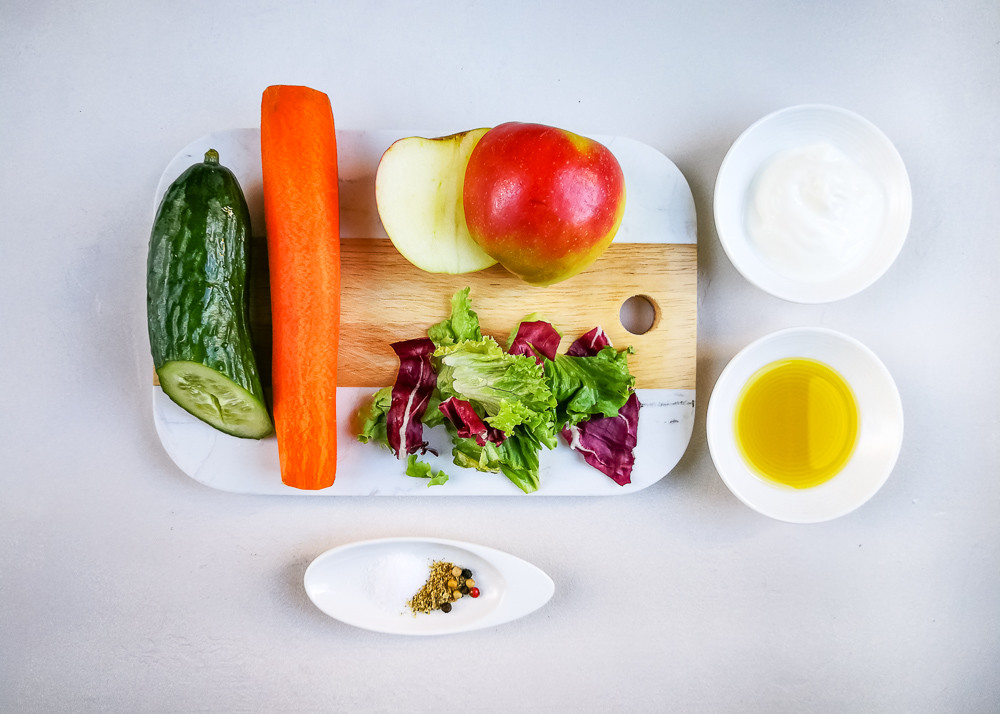 1. Slice the carrot, the cucumber and the apple as thin as possible. 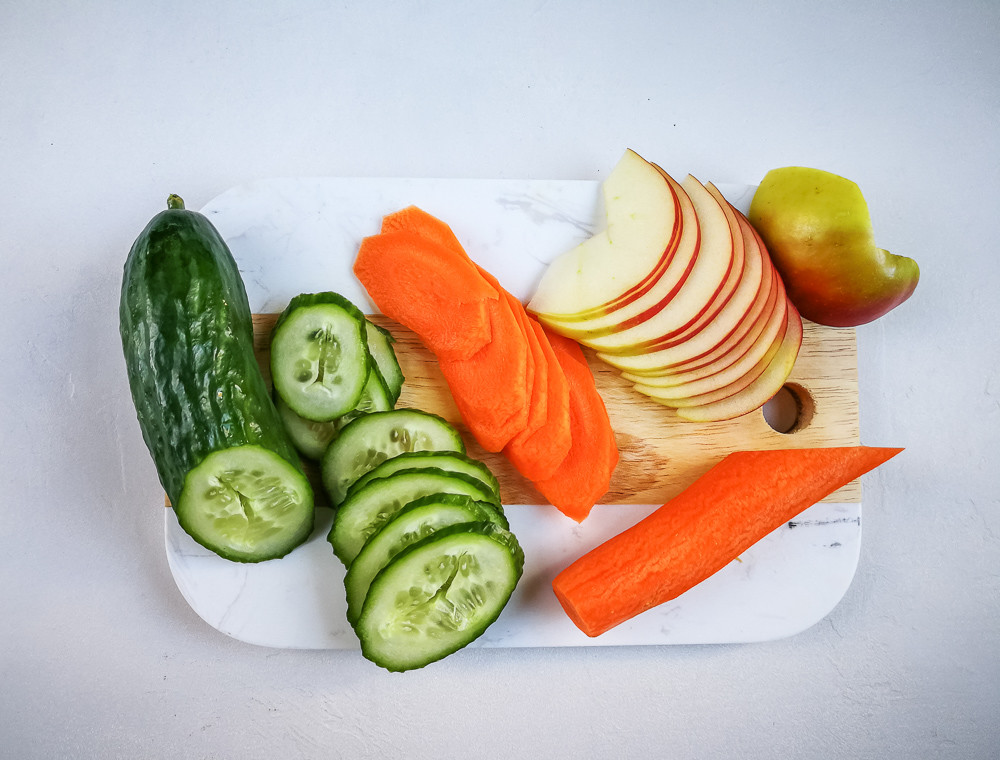 2. Chop them along the longest side. 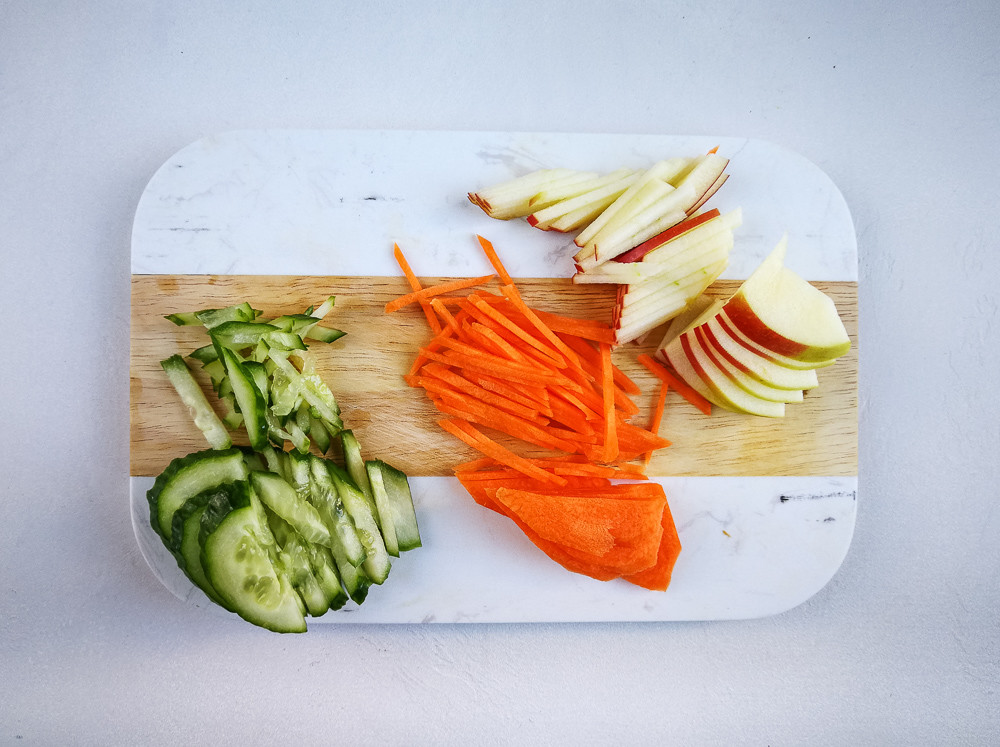 3. Add the dressing and mix the salad with your hands. You may use sour cream as it was recommended in the original recipe. 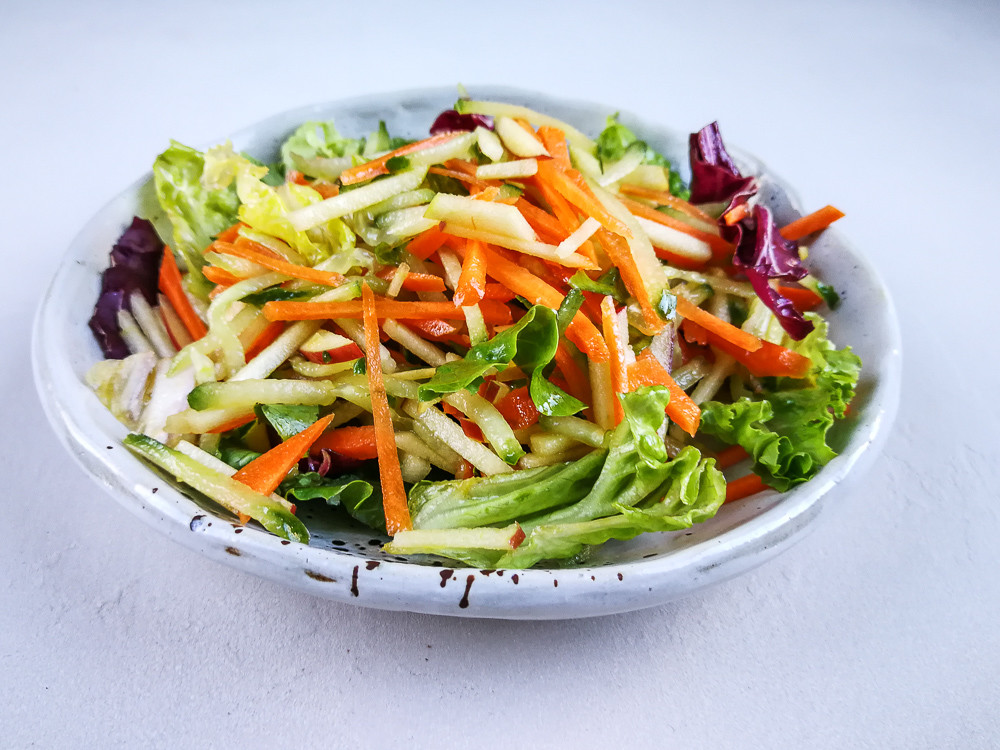