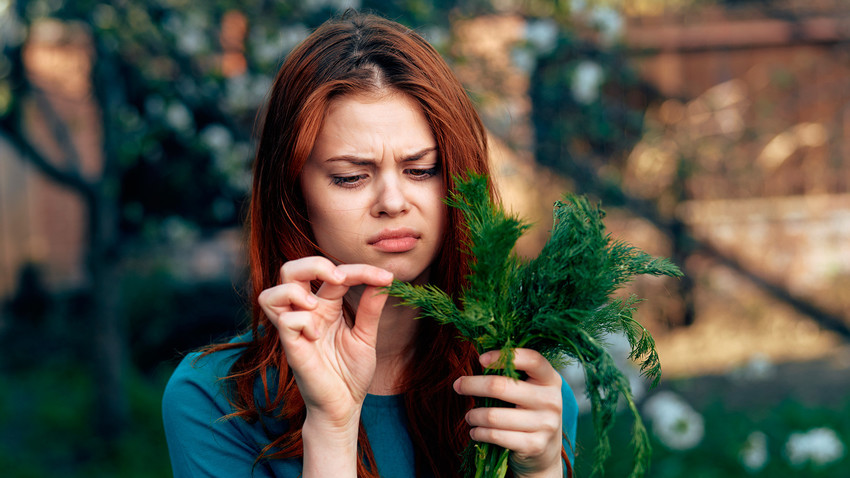 Russian dill: Love it or hate it.

Legion Media
The omnipresence of dill in Russian cuisine is legendary, but it infuriates some foreigners. Is its prevalence due to a vast culinary conspiracy by a shadowy dill corporation that needs to push the herb on a hapless population? As far as we know, that’s not the case, but here’s something that might make you reconsider any antagonism to the ubiquitous green herb.

There are plenty of Russian dishes where, like it or not, the seemingly omnipresent dill ( in Russian) has a proper place. These include soups, potatoes, fish, beef stroganoff and virtually any other savory Russian dish. Foreigners, however, draw the line when other dishes and cuisines get an unexpected dill injection when eating out in restaurants and cafes.

Eat, pray, love and be ready for dill in almost every Russian dish. Ukrop derives from the verb, , which means to cover. Of course, you can find this herb in other cuisines: for example, sauce for Scandinavian salmon, or Greek spinach pie. Russians, however, lavish dishes with dill, and you can even buy kefir with dill, as well as several kinds of potato chips.

Russians traditionally eat a lot of herbs, not only dill, but also parsley, cilantro, green onion, and sorrel. Fresh fruits and vegetables have always been in demand, especially in winter, and herbs are an easy way to obtain sufficient vitamins. There are a lot of useful vitamins and minerals in dill, which reduce blood pressure and relieve headaches. What’s most important is that dill has adapted to Russia’s cold climate and can grow year round even on a windowsill.

“The answer is simple: dill isn't a huge part of the Anglo-American diet,” said Moscow-based American journalist, Tim Kirby. “Of course, it exists and you can buy it, but it is VASTLY more popular in the former USSR.”

Expats often feel frustrated by herbs in a meal. The Guardian’s Moscow correspondent, Shaun Walker, even organized a closed Facebook group called Dillwatch. This group is “dedicated to inappropriate sightings of dill,” and was created to fight “for the reclassification of dill from herb to weed.” Users share foods and places where dill should not be present but, nonetheless, is commonly found. 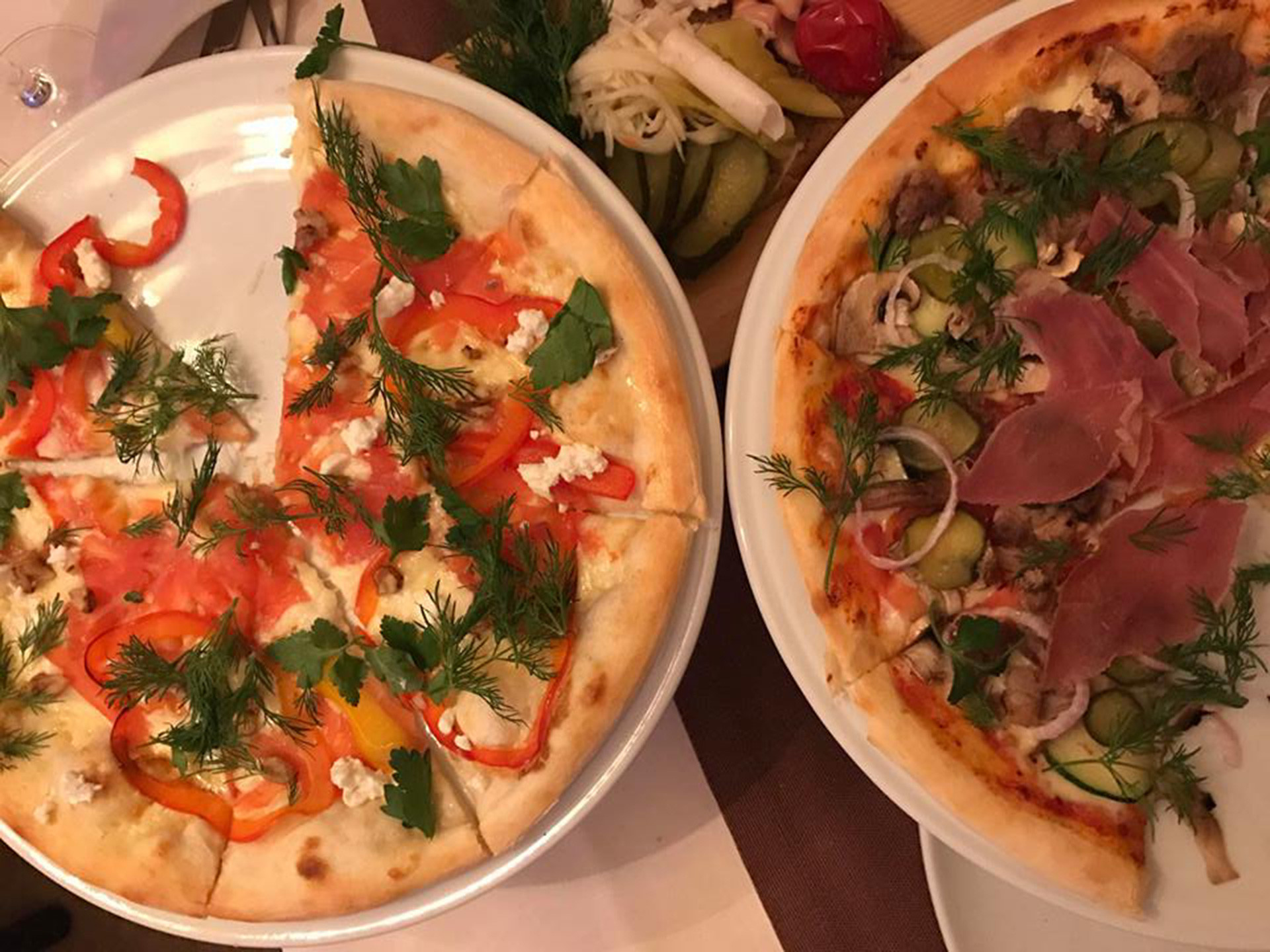 If you’re ever out for pizza on Valentine’s Day in Moscow, think twice. If it just so happens that the chef got dumped on that day, he/she will most likely drown their sorrows in dill. All over your pizza. 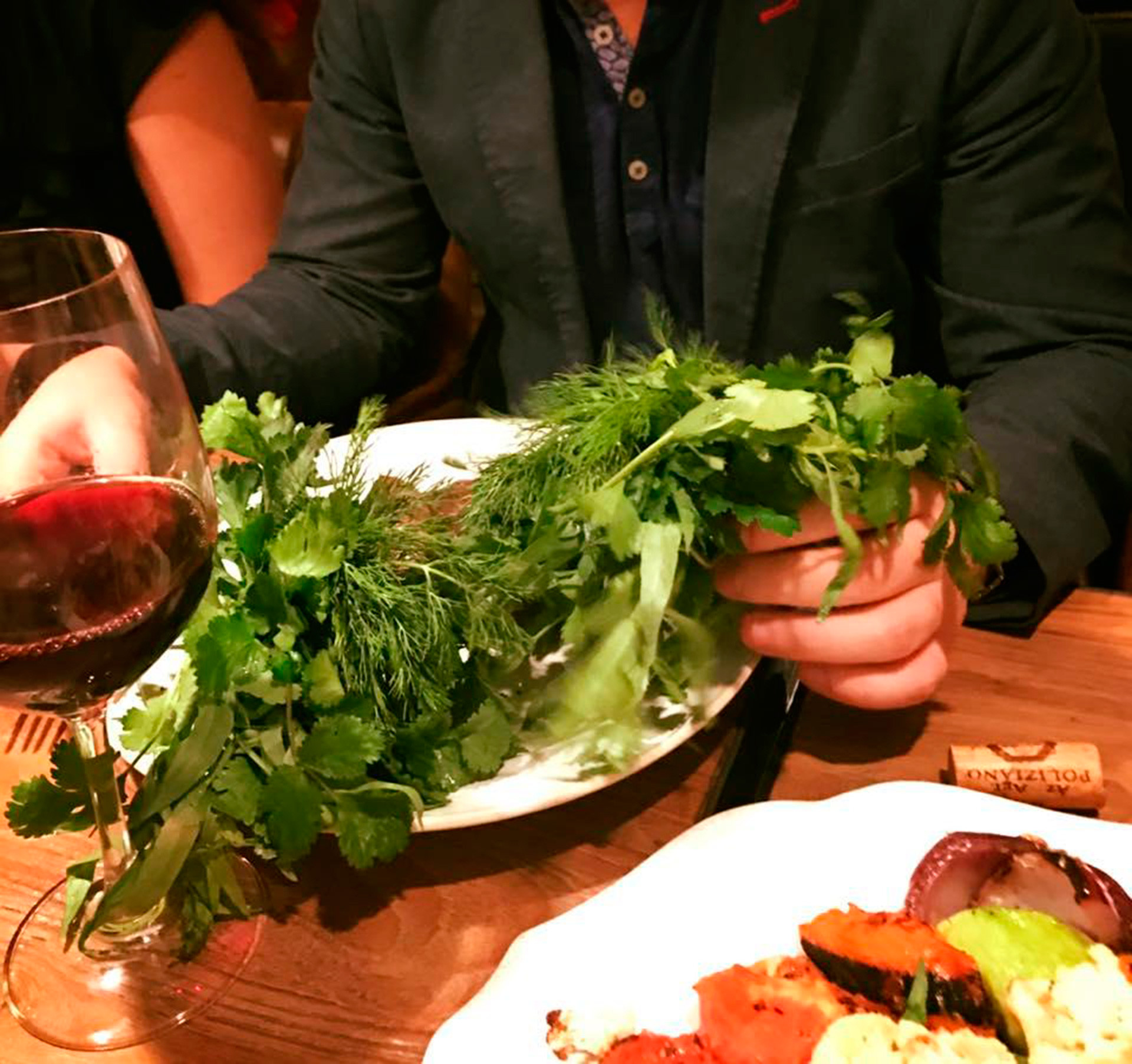 Beware when ordering steaks in Russia. Specify in advance that you don’t want an entire dill forest on the side. 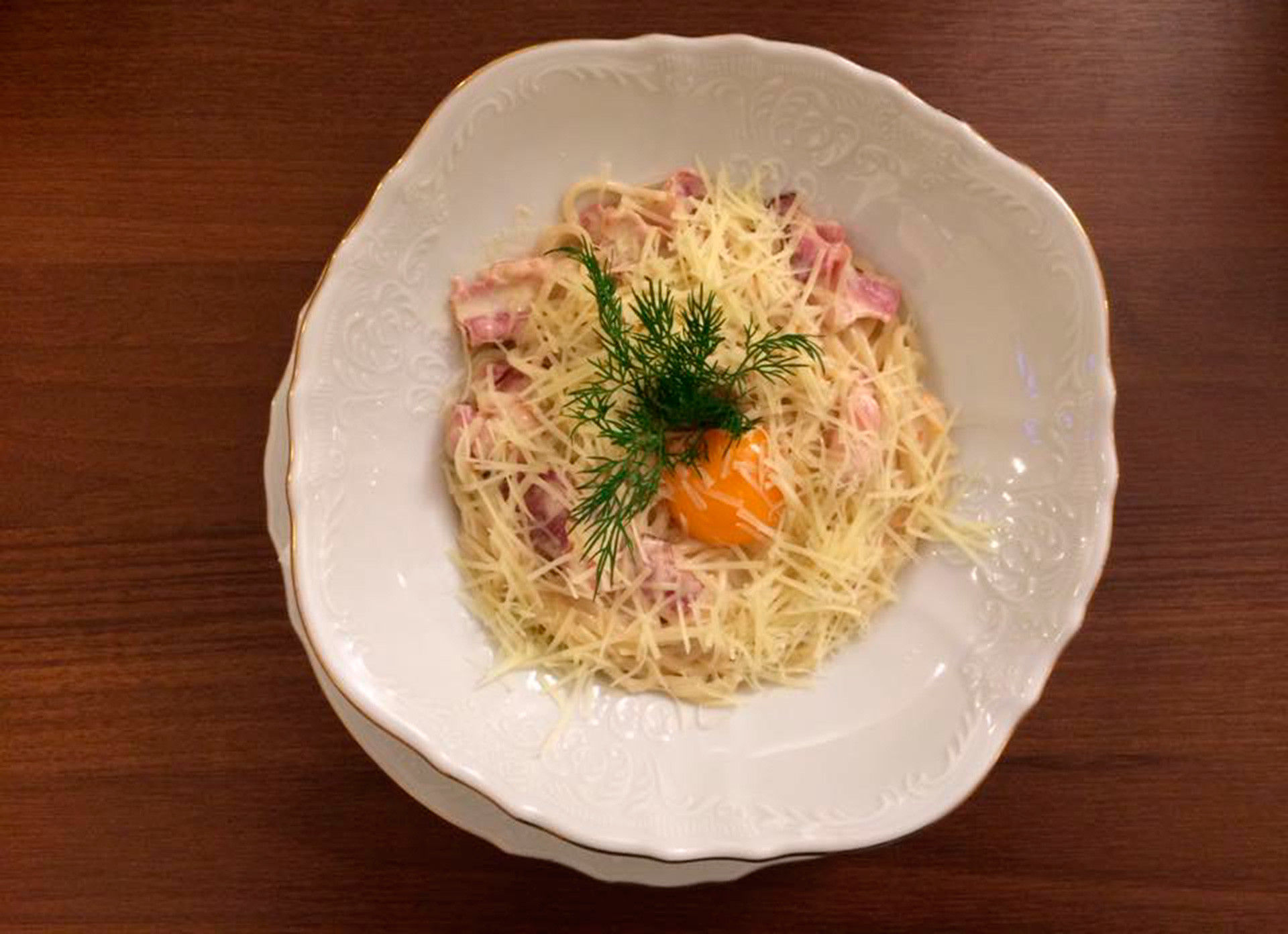 Another Italian classic, the pasta Carbonara, also got a Russian makeover. 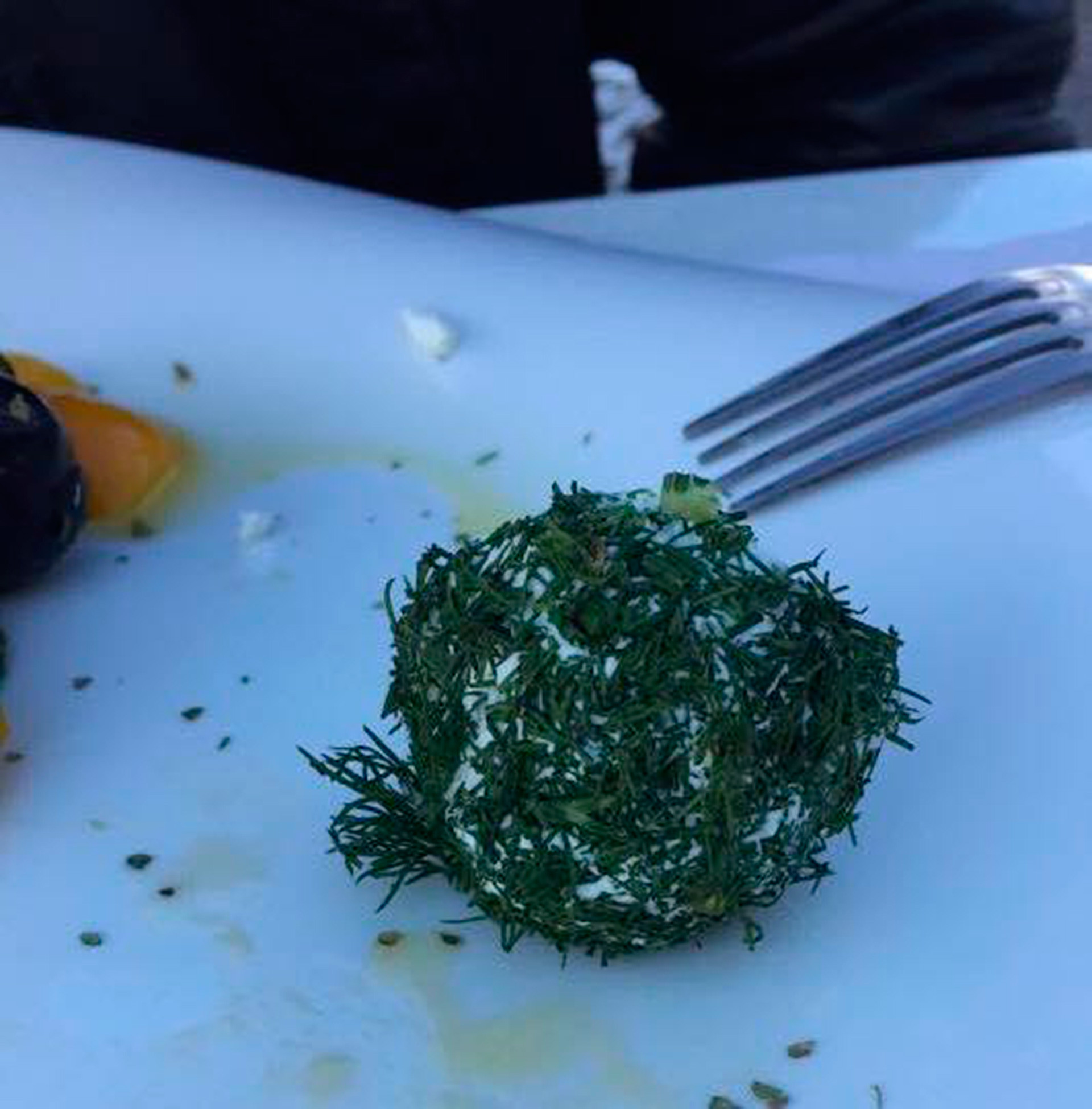 Our very own social media director, Maria Stambler, once found a poor, unsuspecting ball of Greek feta cheese suffocated in a thick dill wrap in a trendy cafe in Moscow’s Gorky Park. 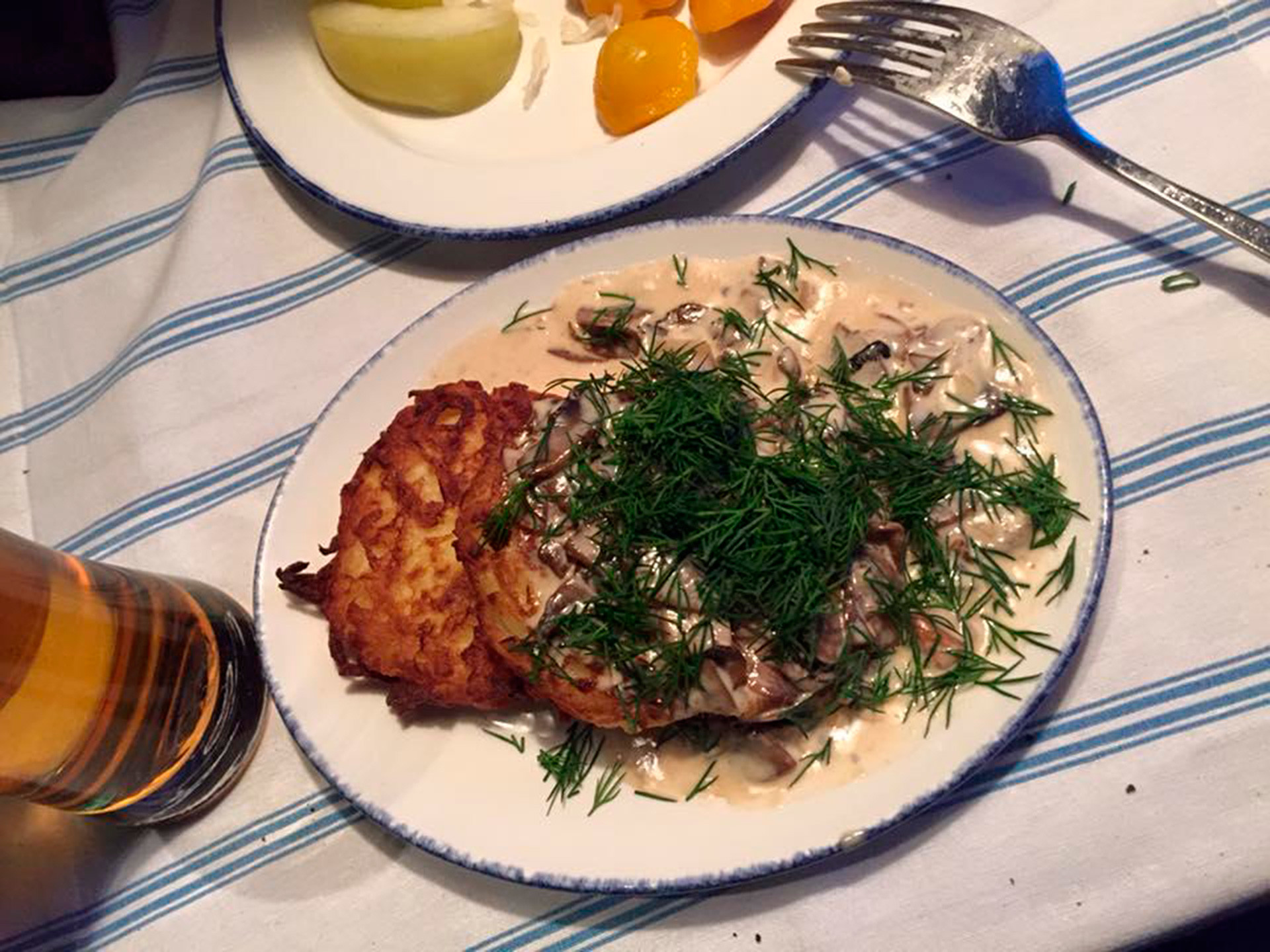 Although we mentioned that dill belongs in traditional Russian dishes, sometimes enough is really enough. Case in point: dill with a side of also spotted by Maria.

How to appreciate dill

Ok, let’s get to it. First, think of the health benefits. Second, just accept this fate. Third, start adding dill to all your dishes.

"Is there no limit to what a Russian can put dill on?” asked Moscow-based British lawyer, Oliver Lyon. “Dill mayonnaise, dill on fish, dill sweets, dill this, dill that...I'm sick of the stuff."

No, dear Oliver, there is no limit for Russian dill.

“I have lived here too long,” Kirby said. “If my food is not assaulted by dill then it’s just not right. Once you embrace dill, sour cream and mayonnaise you’ll never go back.”