What is ‘salo’ and why do Russians love it? 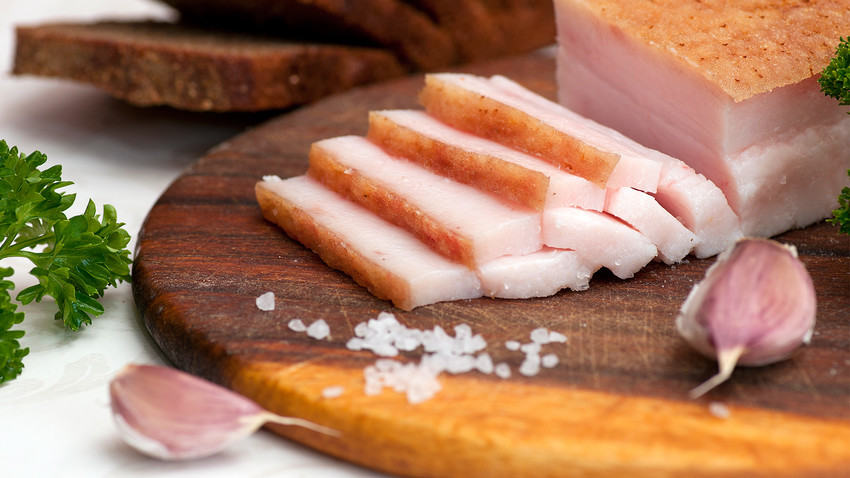 Legion Media
The debate about whether cured pork fat is good or bad for you is as old as the one about its origins. But it hasn’t stopped Russians enjoying it with mustard or horseradish, marinating it in juniper - or even using it to treat gout!

Who first came up with ‘salo’?

There’s an old stereotype that finds support in local folklore - that salo is a Ukrainian dish. According to historian Pavel Syutkin, we don’t know much about salo’s genesis. “Salo was being made when Russians, Ukrainians and many Slavic peoples hadn’t even existed yet… it was made by Goths, Gauls and Franks,” he writes, adding that early mentions of the pork fat dish are found in Ancient Roman sources. Romans used to make marble receptacles that were fresh bits of pork fat marinated in salt and spices. 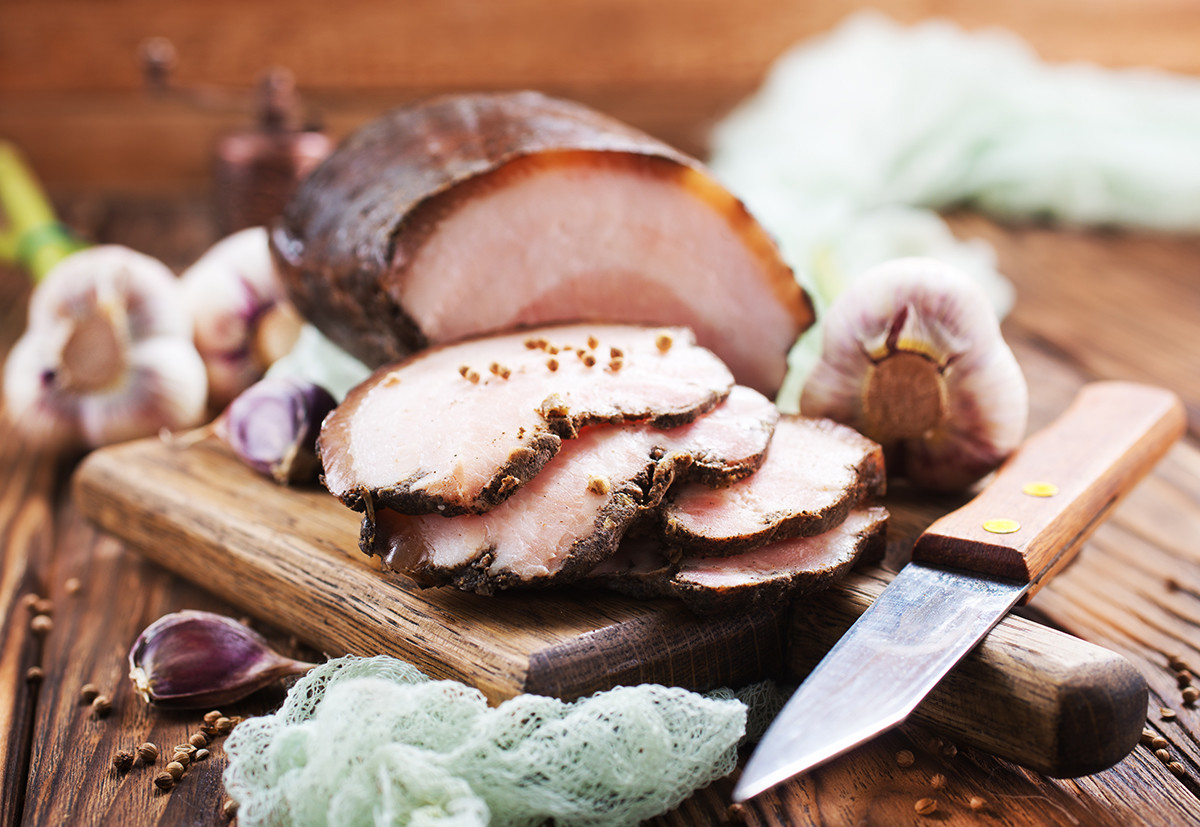 In Slavic sources, salo makes an early appearance in ‘Domostroy’ - a 16th century book about maintaining a proper household and other advice. “Make a porridge… and steam it really well with butter or salo.” The passage may also refer to beef fat - not pork. (In Russian, the dish ‘salo’ - implying pork fat - is also a generic word for “animal fat”). The fat would have been kept liquid in barrels. The commodity was just as loved on the export market as it was in Russia. One of the classic Russian cookbooks - ‘Russkaya Povarnya’ (“Russian kitchen”), published in 1816, contains a wide variety of dishes using beef fat (‘salo’), while the pork variety is referred to as “ham fat” or “speck”.

What is salo actually made of? 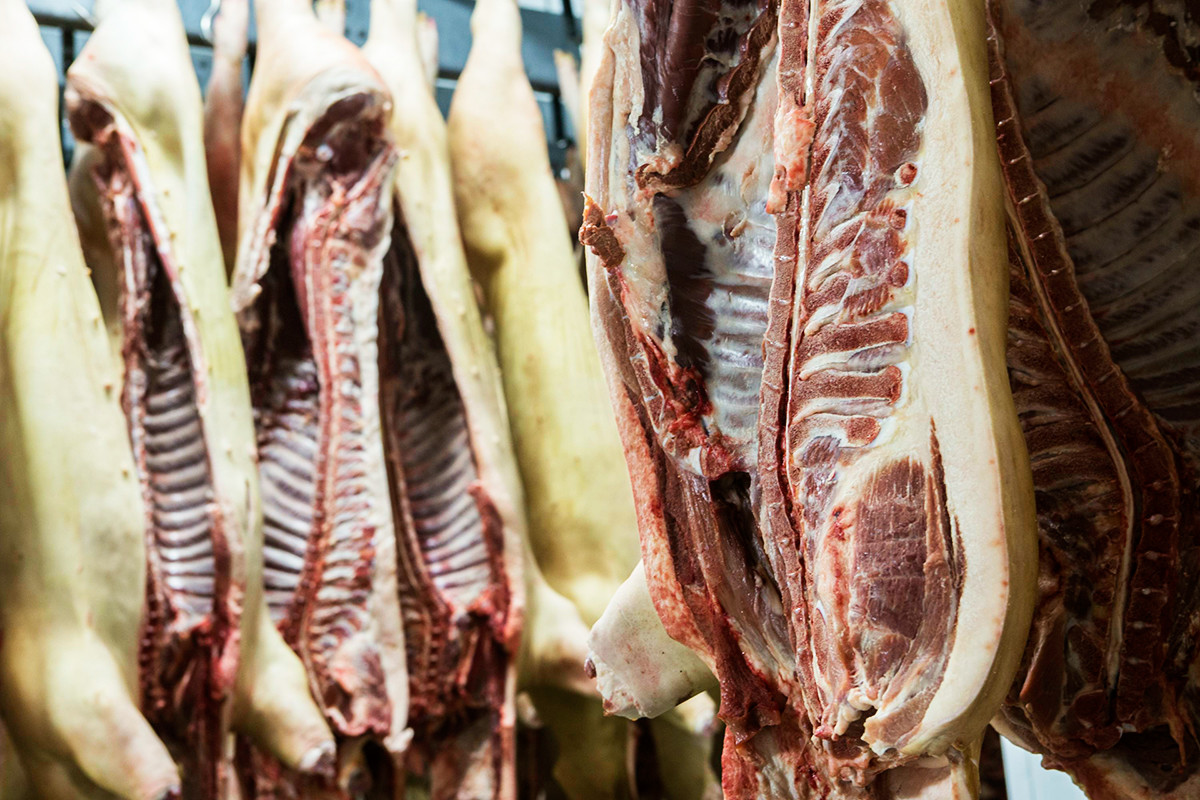 Salo is the nutritious fat stored by an animal ahead of winter, after a year of feeding. Pork, beef, lamb, bull and goat salo are all made industrially. The pork variety is harder and lighter than beef or lamb. It contains less liquid, and pigs aren’t that difficult to raise. For that reason, the word “salo” today carries an immediate pork connotation.

The good and the bad of salo 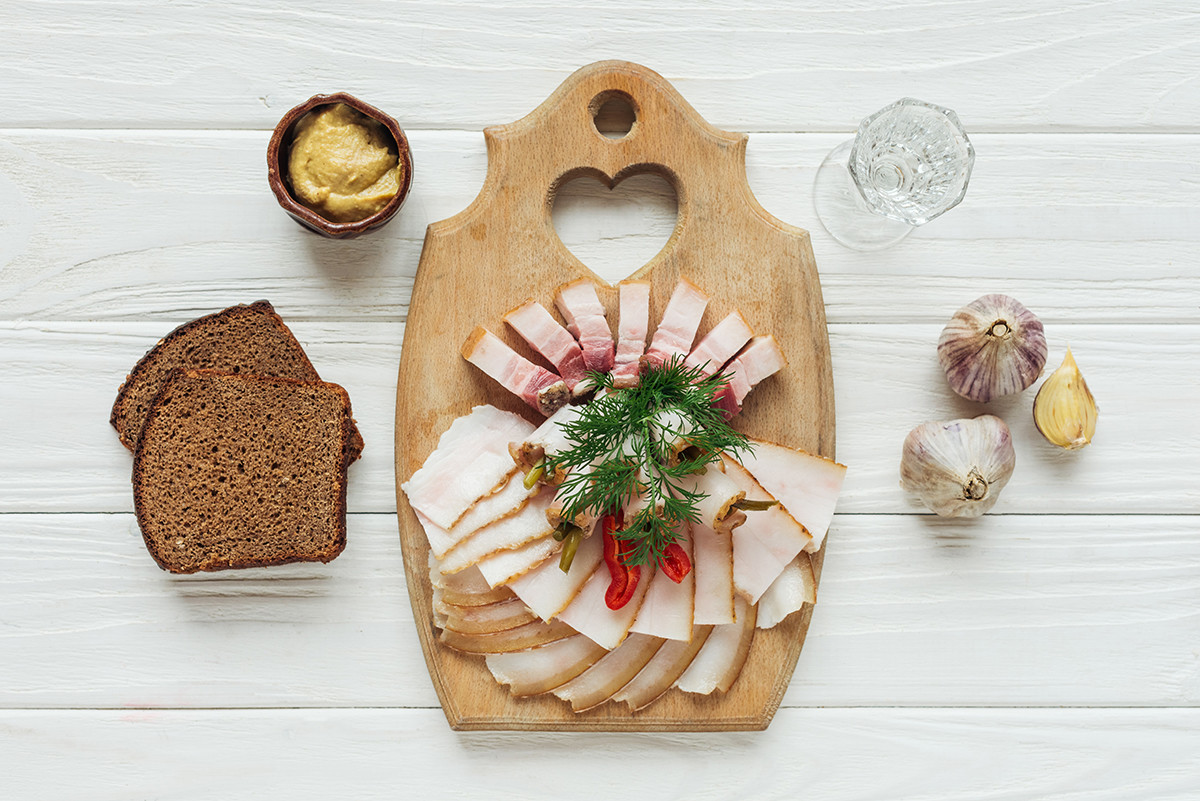 Salo’s main dietary advantage is it’s very nutritious and easy to pig out on (pun intended). Despite the very high caloric density (700-800 calories per 100 grams), dieticians usually never bat an eyelid at salo sandwiches with vegetables and herbs. A healthy organism can absorb the fat quickly and use it as an energy source. The question is - how much salo can you have?

According to health experts, a recommended daily adult intake is 10-12 grams - but no more than 50 grams per day, and no more than 100-150 grams per week. If you were to ignore these guidelines, the saying “You are what you eat” would become a reality in no time.

The other thing you have to watch out for is all the salt that’s used in the curing process. Too much sodium is really bad for you.

So, what’s in it for us, aside from a quick way to satiate ourselves? Well, salo contains certain acids, one of which - arachidonic acid - really improves the functioning of your brain and heart, as well as balancing out your cholesterol. Another benefit are all the “beauty vitamins” - A, E and D. Just 100 grams of pork salo contains 89 percent of the recommended daily intake of selenium - an element that prevents cancers, while also being really good for male sexual health. Moreover, salo contains 53 percent of your daily phosphorus requirements. The dish contains trans fats, which heighten the production of cholesterol by the body. However, not in nearly the quantities found in regular butter. And, as we’ve already said, the acids found in salo help with regulating cholesterol levels.

How to select salo? 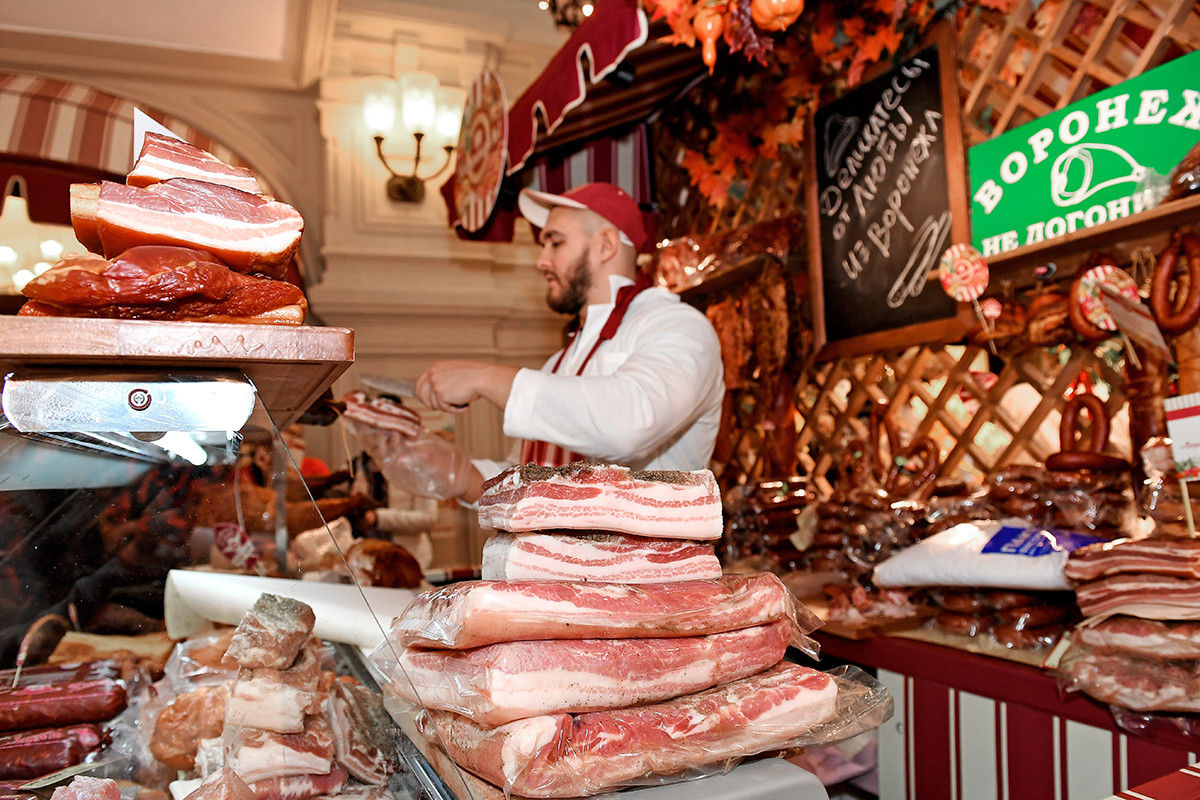 Start by selecting a chunk about five or six centimeters in thickness. A good place for salo is the brisket, with lots of rosy and marble veins. The salo must come out soft and be easy to cut.

The finished product must not contain any foreign smells - meaning, it must smell fresh and not off in any way, or you might be dealing with boar fat, and nothing will help you get rid of that stench. It’s hard to tell when the salo is frozen, however, so exercise caution.

How to actually eat it? 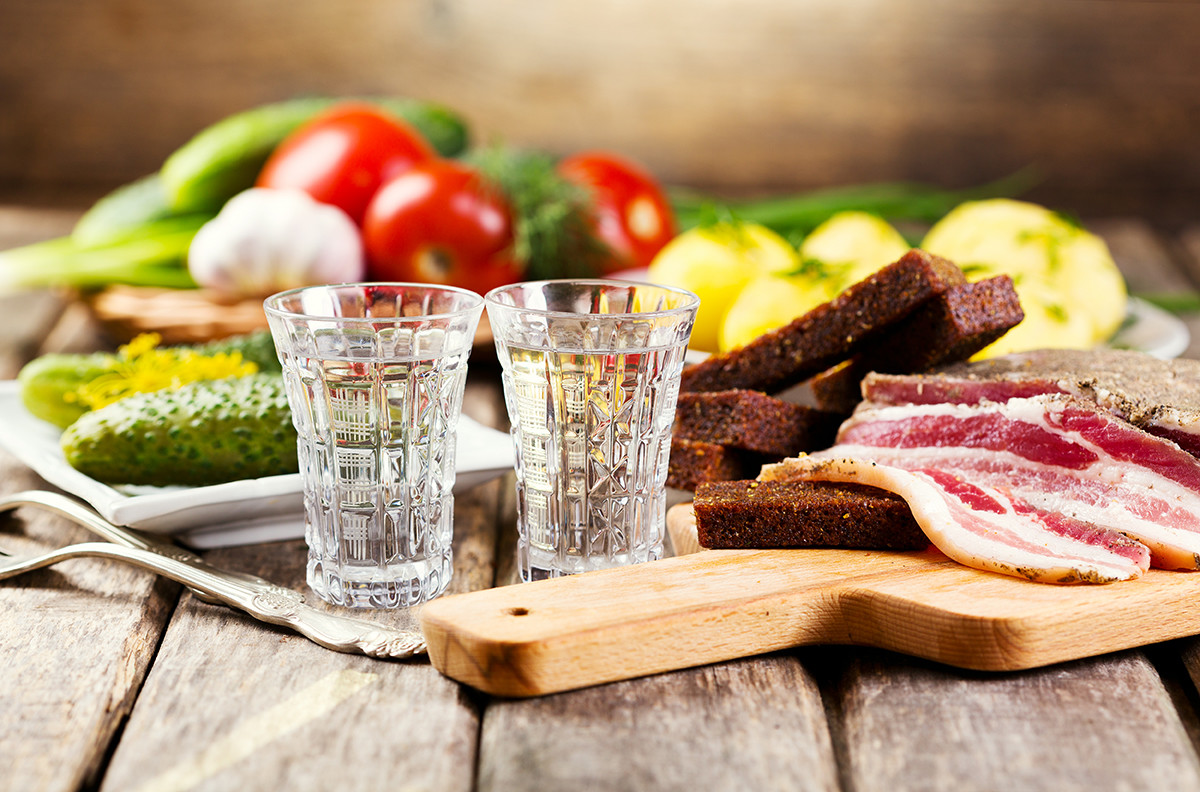 Salo is eaten salted, fried, smoked and melted. The best, health-wise, is one that hasn’t been cooked in any way, meaning the salted kind. There are a number of salting recipes around. Normally, salo is first washed in cold water, then a number of incisions are made, the piece is then salted generously, garlic is added, then black pepper and other spices. The slab of fat must marinate that way for three-four hours at room temperature, before being wrapped in vegetable paper and tinfoil, and stored in the freezer. The salting then continues inside, and can take up to 36 hours. The delicacy is then ready for consumption.

There are classic combos to consider here, such as salo on rye bread, with mustard or horseradish; or maybe with pickles and mushrooms. It’s all up to your personal preference - some people even have it with cabbage, radish and beets.

Salo is also considered a time-honored, traditional vodka snack. Some, however, have been known to consume it alongside red wine. Experiment to find your preferred ways!