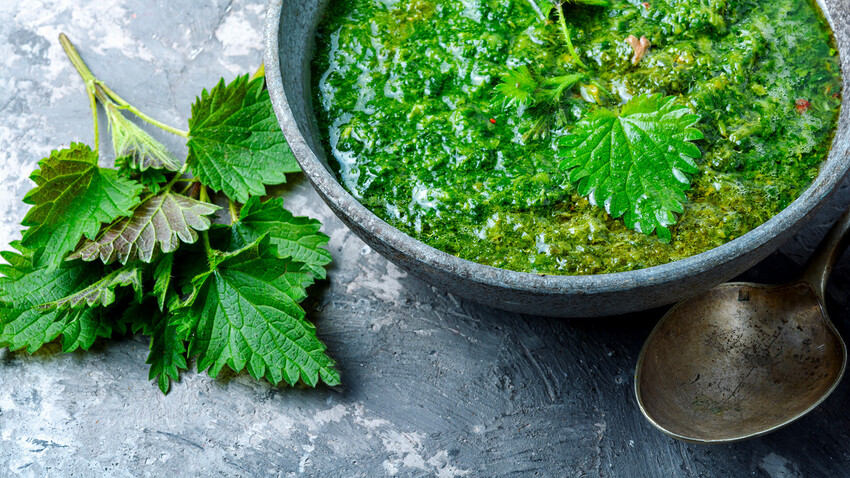 During bad harvest years experienced by our Russian ancestors, local herbs literally saved lives. Including ones we consider to be weeds today.

Nikolay_Donetsk/Getty Images
It might seem strange today that our Russian ancestors consumed goosefoot - but it used to save starving people from certain death. What other unexpected herbs did Russians use (and still do) in their cuisine?

A few centuries ago, Russian peasants would eat the fruits of their labor the whole year round. In summer and fall, they stored produce for winter, dried mushrooms and herbs and so on. Let’s take a deeper dive into some interesting examples. 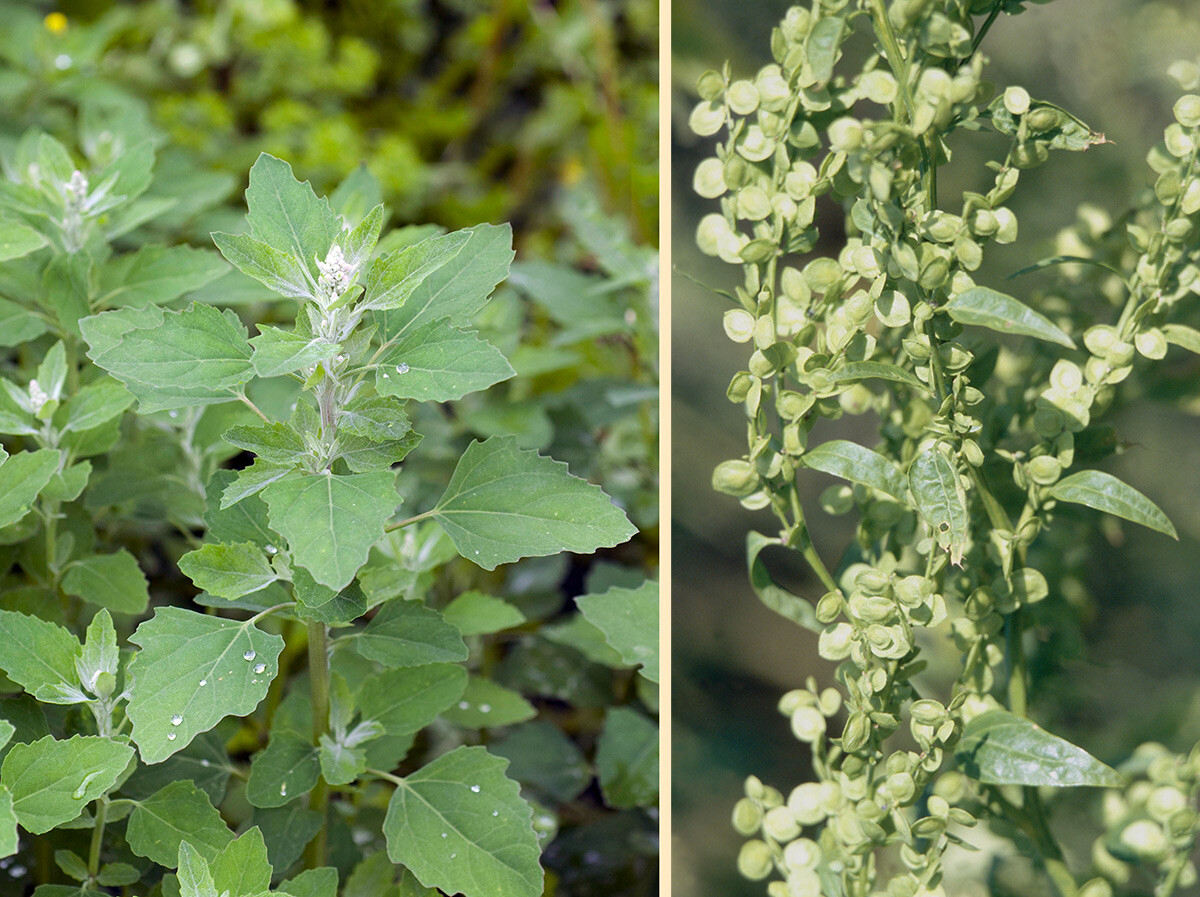 Russians in the 19th century made bread from its white nucleoli in spring, so as to survive until the next harvest. Writer Lev Tolstoy wrote: “Bread made with goosefoot, consumed by almost everybody - sometimes made with ⅓, sometimes with ½ a measure of it - is a dark bread, ink-dark, heavy and bitter; everyone eats it - children, pregnant and feeding women, the sick… Bread with it can’t be eaten on its own. If you eat too much on an empty stomach, you’ll throw up.”

If making flour from goosefoot seeds (which are the relatives of quinoa) is a complex flour milling process, then consuming its green parts isn’t difficult at all. Its stems are added to salads and soups. People could consume it without added thermal processing - simply tearing off a stem in the field during a work day.

Although the organism’s reaction to it isn’t always predictable, goosefoot has been used in folk medicine: the plant is rich in amino acids, vitamins and essential oils. It improves digestive processes, supports kidney health and is good for the cardiovascular system. 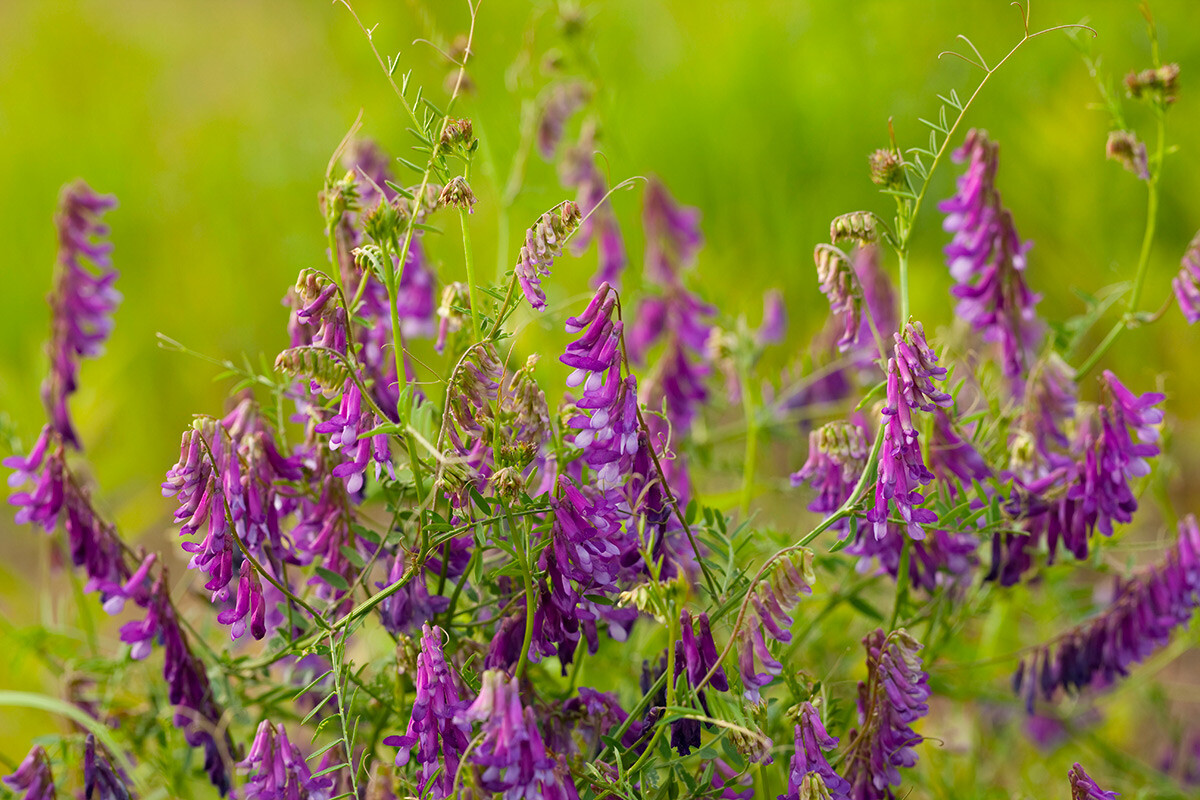 Aside from goosefoot, during spring, Russians would consume mouse peas. Records at the St. Petersburg archives of the Russian Academy of Sciences tell of a Karelian pita recipe involving rye wheat flour, as well as mouse peas root: “This herb grows on shores of big streams and can grow to [a height taller than 54 cm]. With the arrival of spring, the locals tear it out by the root, dry it and pound it into flour.”

This bean family plant isn’t fussy about warmth and can be grown in fields before planting grain cultures or potatoes. Today it’s mostly used in agriculture for animal feed. The green mass is 20 percent protein and contains a variety of amino acids. 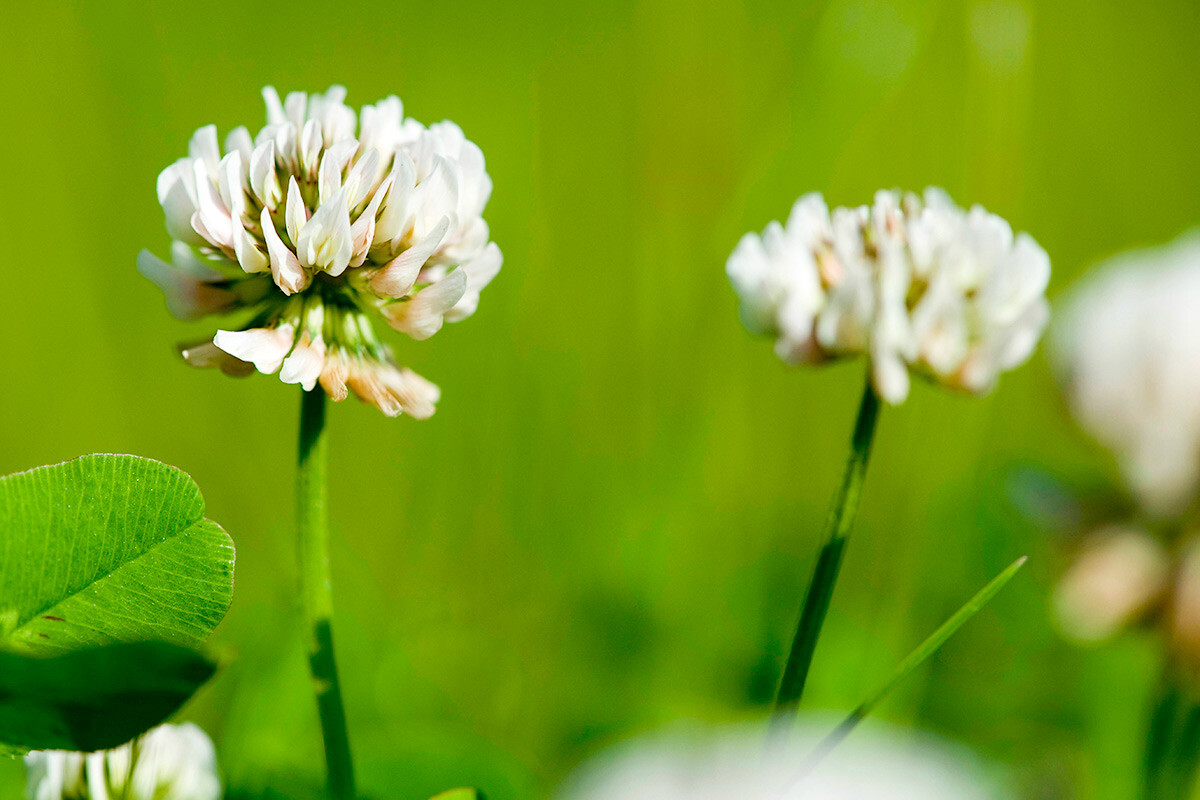 The folk name for this flower in Russia is kashka - which is a diminutive word for “porridge”,so it’s no surprise that people eat it. Children are especially fond of them. In summer, they’re attracted to the inflorescences, full of sweet nectar. Beekeepers use it to make light-colored honey with an amber tinge. Clover is also dried and used to make tea. In the Caucasus, flowers are fermented and added to salads in winter. In the past, during harsh times, dry inflorescences and leaves were added to flour to make bread. The greens were used to season schiand botvinya.

Medicine draws parallels with ginseng when it comes to clover’s health benefits. It aids in fighting diabetes, bronchial asthma and anemia and also acts as an antiseptic. 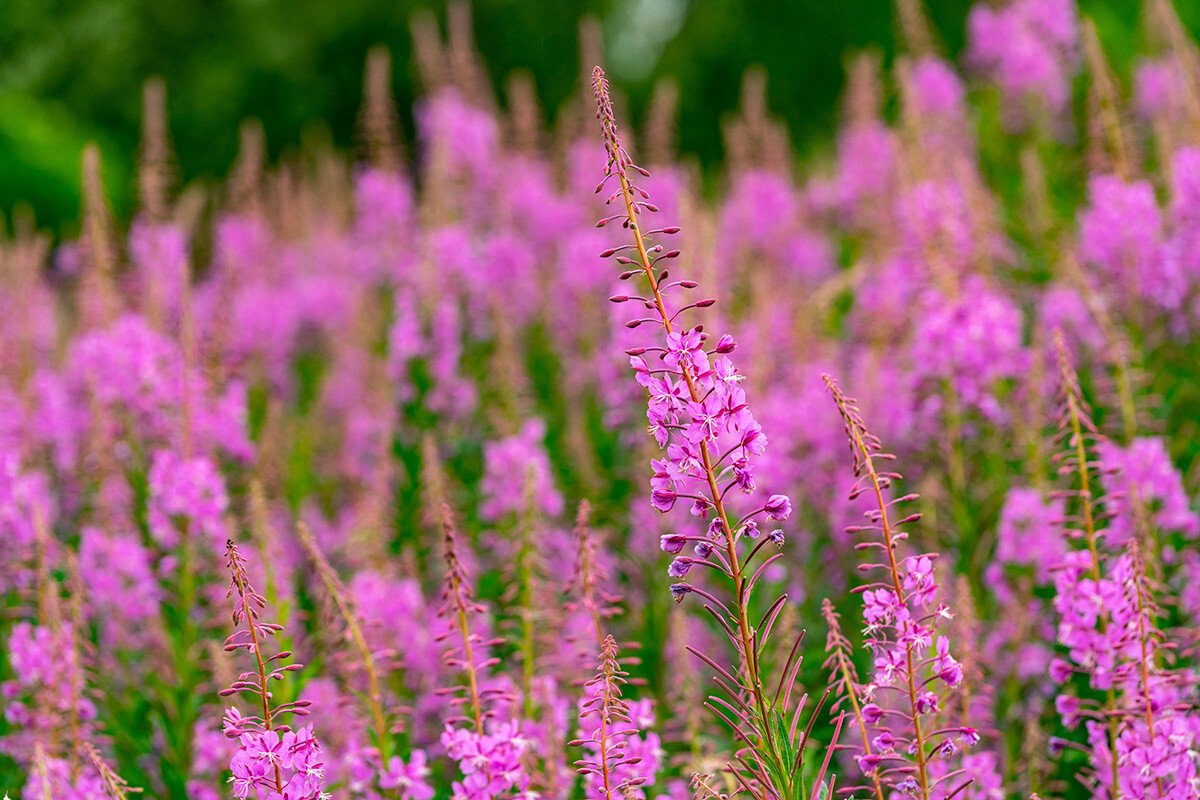 The medicinal drink made from ivan-chai (“chai” being “tea” in Russian) is first mentioned in writing in the 12th century. Russian ruler Aleksandr Nevsky, after fighting the crusaders, was served the healing concoction by monks in Koporye, not far from St. Petersburg. The next day, he reported feeling a rush of strength and gave the order to the local population to collect fireweed for the purpose of making tea to ease the physical suffering of his warriors in battle. Mass production of the tea began during Catherine II’s reign in the 18th century. Ivan-chai was soon exported to other European capitals. It was considered a local, budget version of Chinese tea.

Previously, ivan-chai could be seen in many Russian homes, where they prepared herbs. The green portion of fireweed used to be added to green schi and salads. Dried roots would be used to make something akin to a coffee substitute. These days, it’s most often used to make tea and honey.

Ivan-chai is recommended as a drink during vitamin deficiency and colds, or treating strokes and heart attacks and genitourinary diseases.

READ MORE: 5 wild herbs Russians like to brew up to keep warm 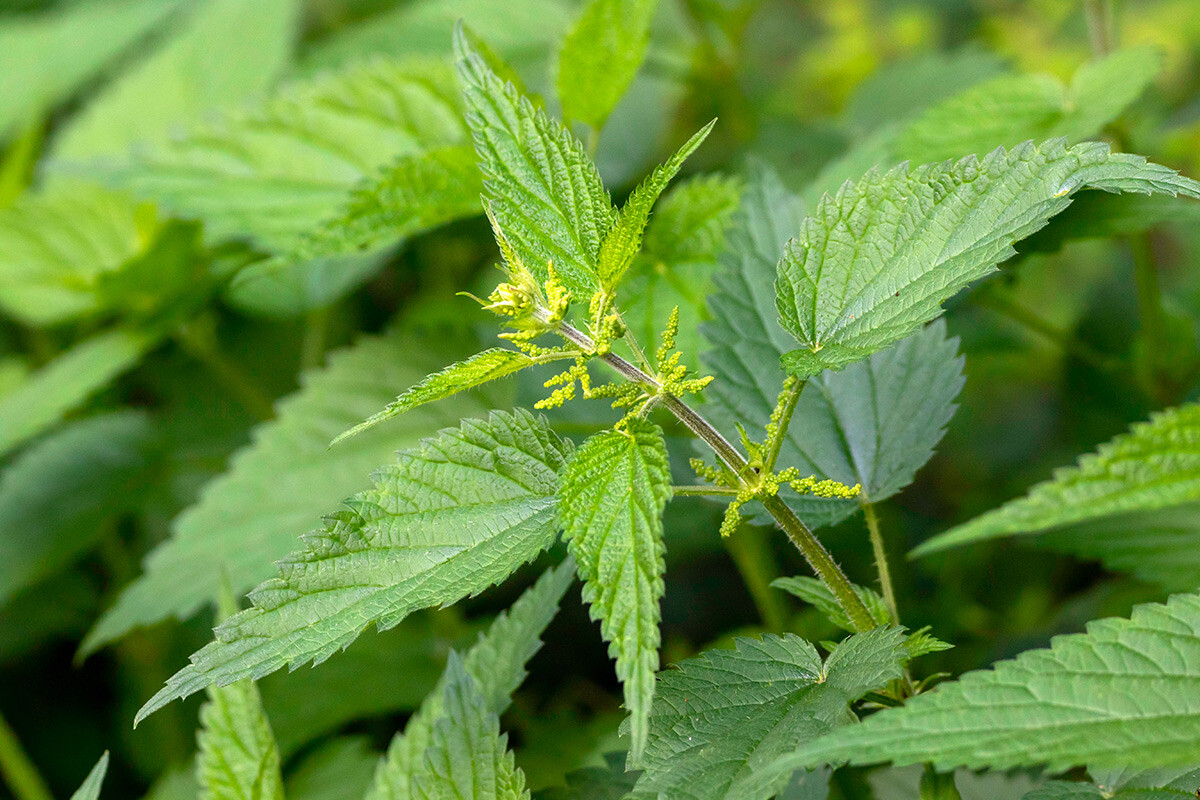 In ancient times, Slavic people believed that nettle warded off evil spirits and could protect from the evil eye. A branch would be placed in a pocket for protection; people would make bracelets out of it; wraiths could be hung on doors or fences.

One of the most widespread recipes from this “queen of the herbs” is nettle shchi. It is found in Sergey Drukovtsov’s ‘Culinary Notes’, published in 1779: nettles are blanched and mixed with egg, beef and pork fat. Sometimes sorrel would be added, for some acidity. Nettles can be found in numerous salads to this day, as well as omelets; people also preserve it by drying it, to consume in winter.

Nettles aid digestion, treat coughs and are used in shampoos and other cosmetic products, among other helpful uses and properties.

READ MORE: 5 Russian dishes that take the sting out of nettles