In Russia, too much dill is never enough (PHOTOS) 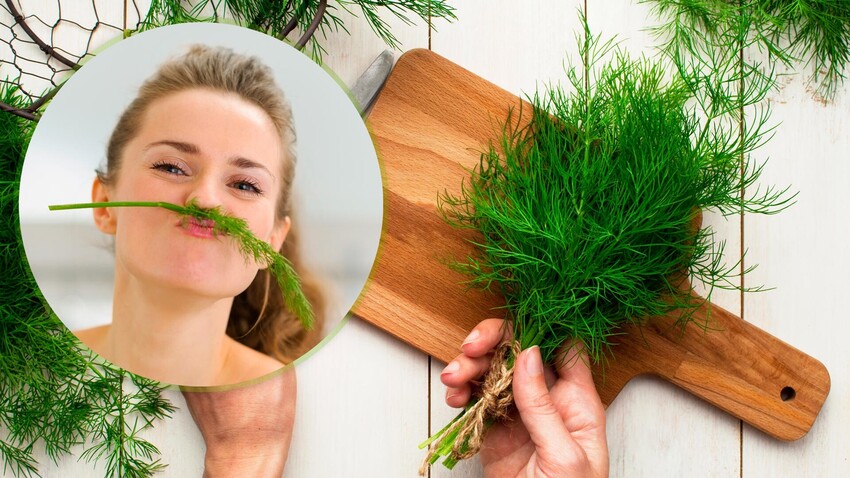 FreshSplash / Getty Images
If it’s cilantro in America, and basil and parsley in Italy, then in Russia the most popular herb is dill. We investigate why this herb is so popular in Russia, and what foreigners think about it.

The tradition of adding fresh chopped greens to a variety of dishes arrived in central Russia most likely from the Caucasus region. There it is the custom to serve bunches of dill, coriander and parsley along with cheese and pickles. 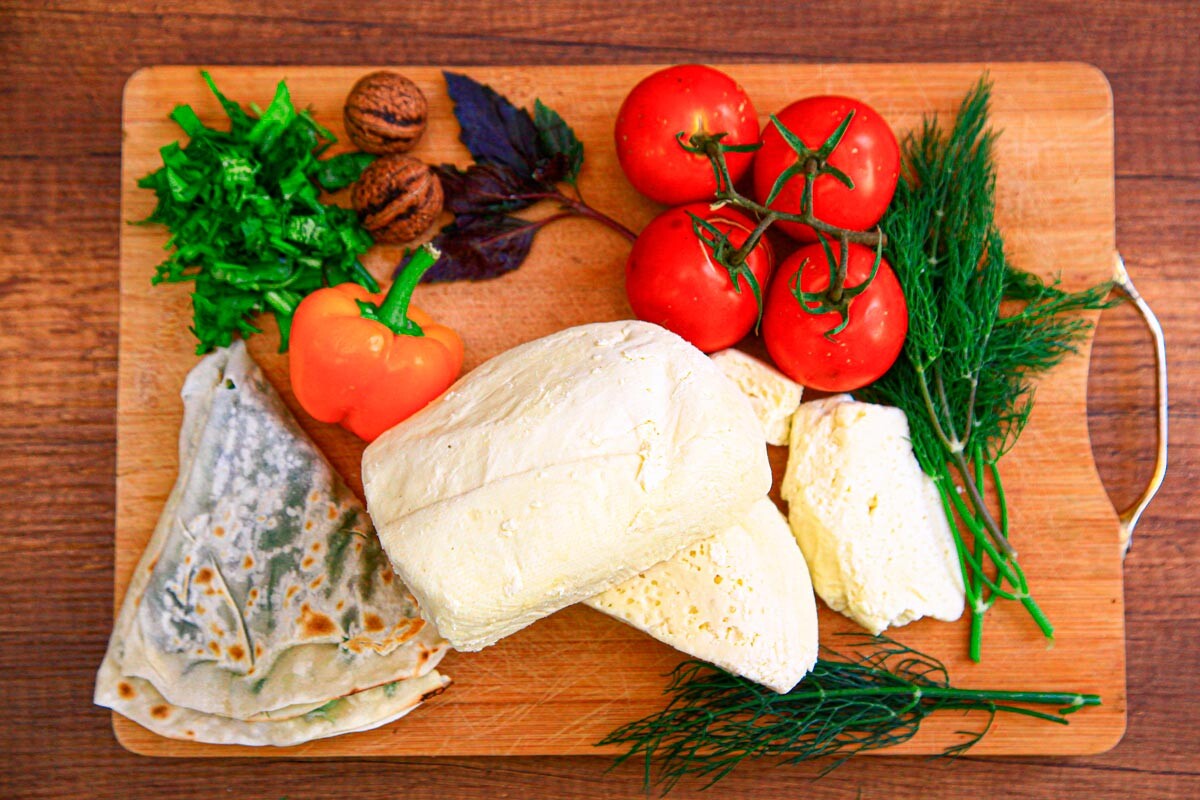 “When I was in a sanatorium in Maykop (Adygea), the chefs added dill to absolutely everything, even to grated carrots. Not a single dish escaped,” says Olga about her vacation in the foothills of the western Caucasus.

Dishes that can’t be “over-dilled” 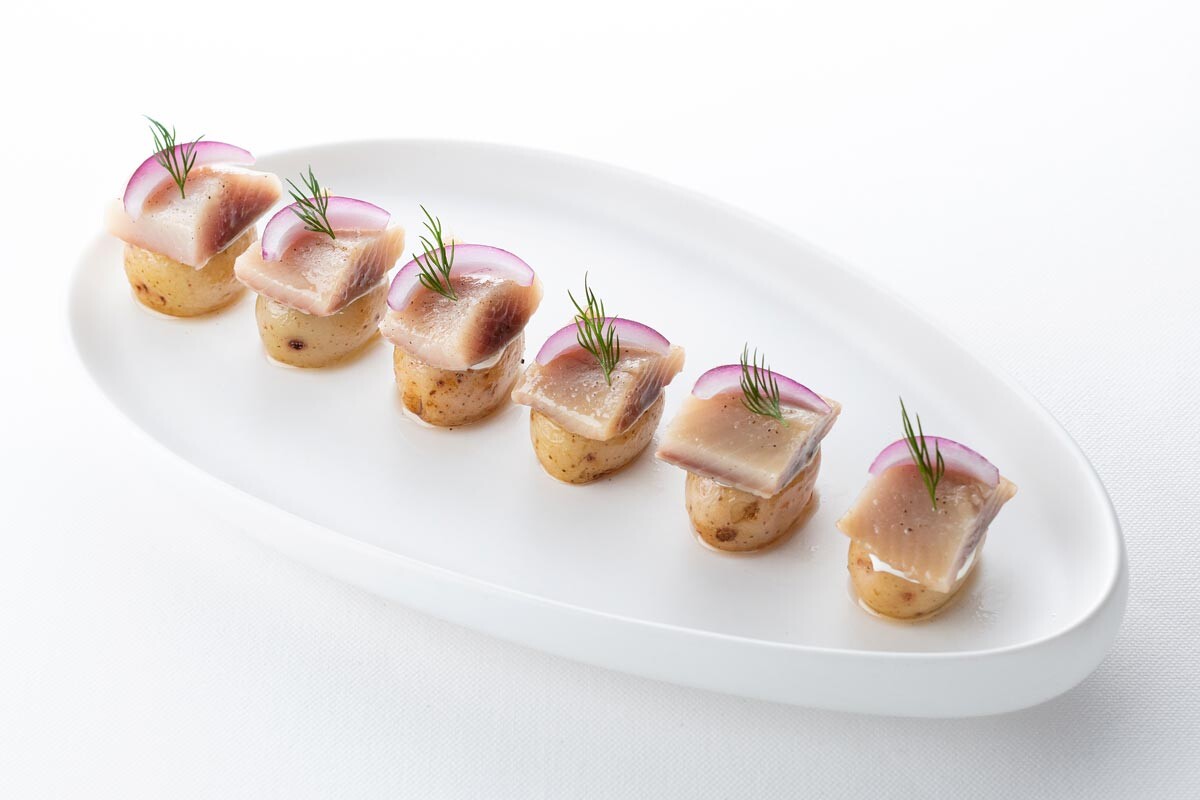 “Too much dill is never enough,” jokes Italian chef Mirko Zago. “For a Russian, dill is a kind of tradition, like parsley for an Italian. If we’re talking about Russian cuisine, dill in large quantities goes well with potatoes and soups, and as an additive to salmon marinade.”

What’s more, dill is often added to fresh vegetable salads and traditional New Year’s salads with mayonnaise, such as “Herring under a fur coat” and "Mimosa". Appetizers with eggs, caviar or herring are unfailingly adorned with a sprig of dill. It gets added to pancakes and pie fillings, and is dried, frozen and used in canning vegetables and as a vodka snack. 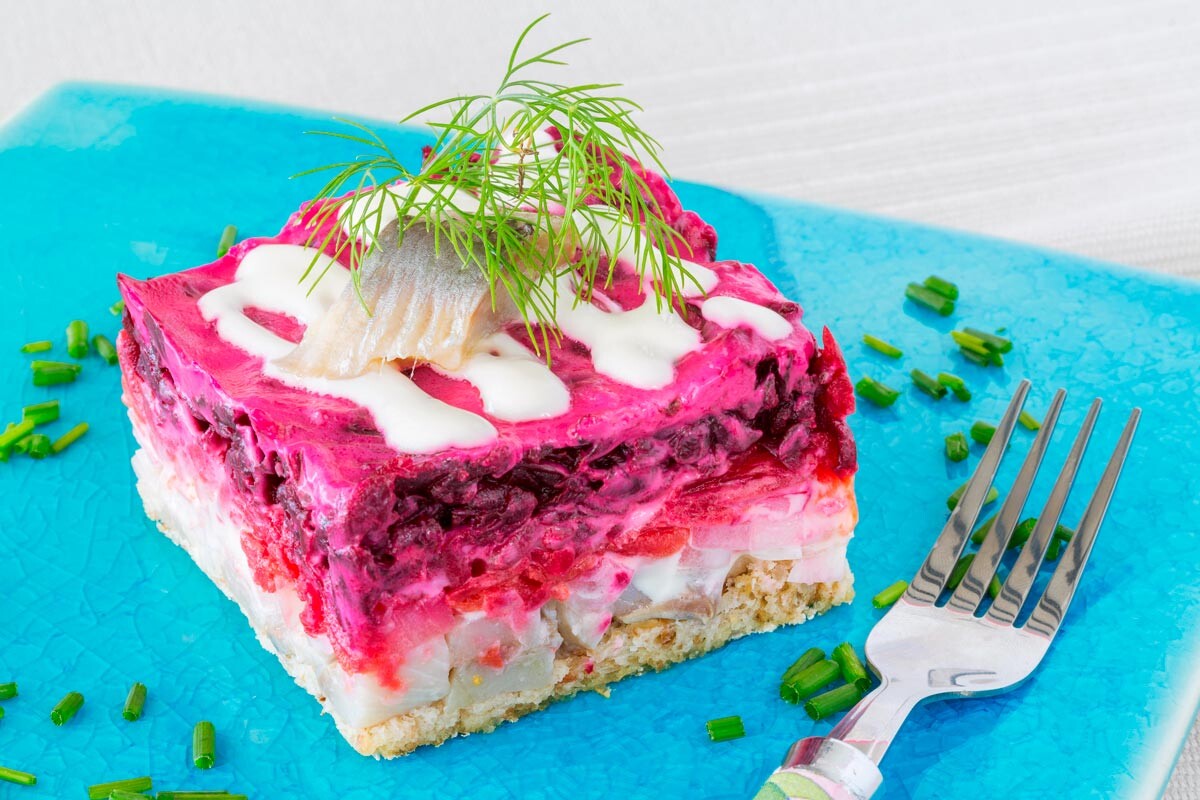 “Herring under a fur coat”.

“There’s not much you can’t fix with dill. Except for candy,” wrote our reader Nora from America after seeing a photo of Tatar katyk (a drink made from baked milk) with dill.

In Russia, dairy products are often mixed with dill. Suffice it to recall okroshka (a cold soup). Or dumplings with cottage cheese and dill. 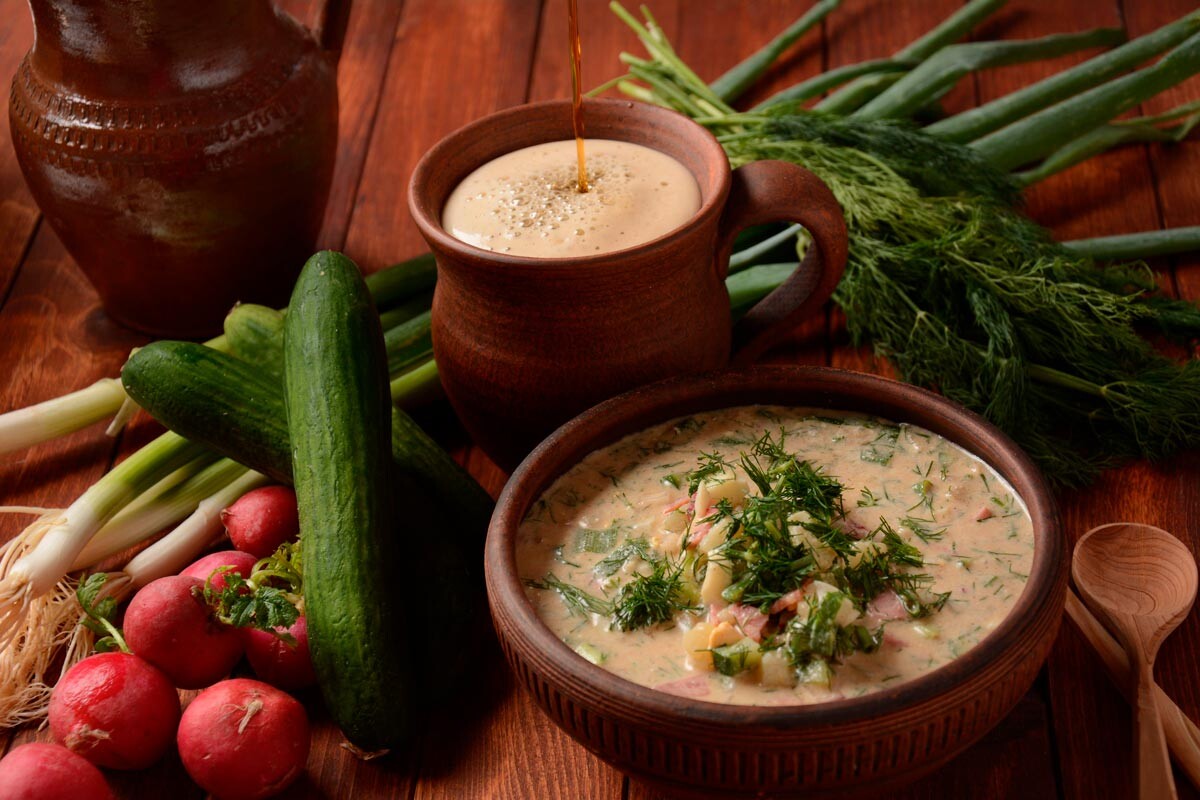 Is it eaten only in Russia?

Dill is a feature not only of Russian cuisine. The herb is in demand, inter alia, in Bulgaria, Serbia, Sweden and Canada. In these last two, dill is mainly used in tandem with salmon. And who hasn’t fallen in love with IKEA’s globe-conquering mustard and dill sauce? 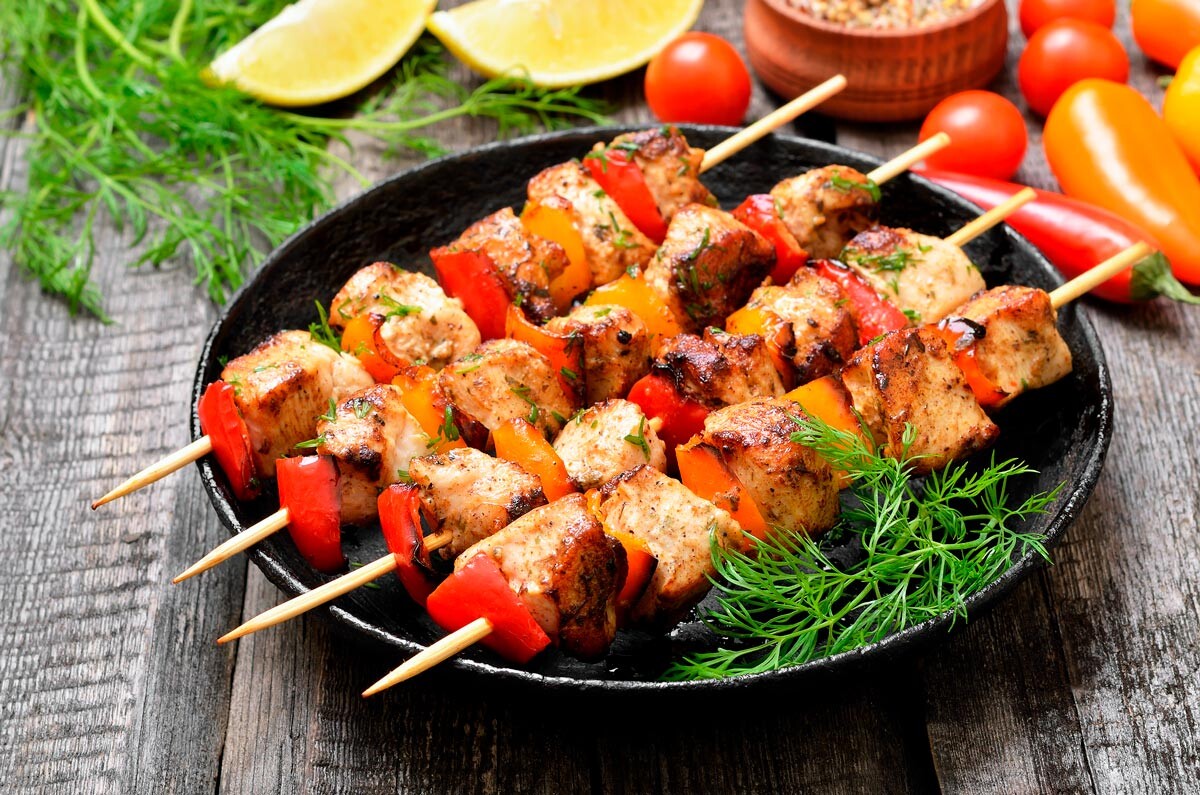 Shashlyk with vegetables and greens.

“Yes, dill is popular in Sweden, but Russians are way madder about it. I’ve seen dill with kebabs and basically anything,” writes our reader Jonathan.

In French cuisine, cooks make extensive use of fennel – dill’s closest relative. True, they prefer to stew the tubers and herbs of the plant. In Italian cuisine, fennel seeds are added to marinated vegetables, as well as to make spicy drinks.

Why does Russia consume so much dill?

First, dill has a pronounced flavor that makes any dish more appetizing. For example, fresh dill is added to pelmeni to make the meat filling juicier. 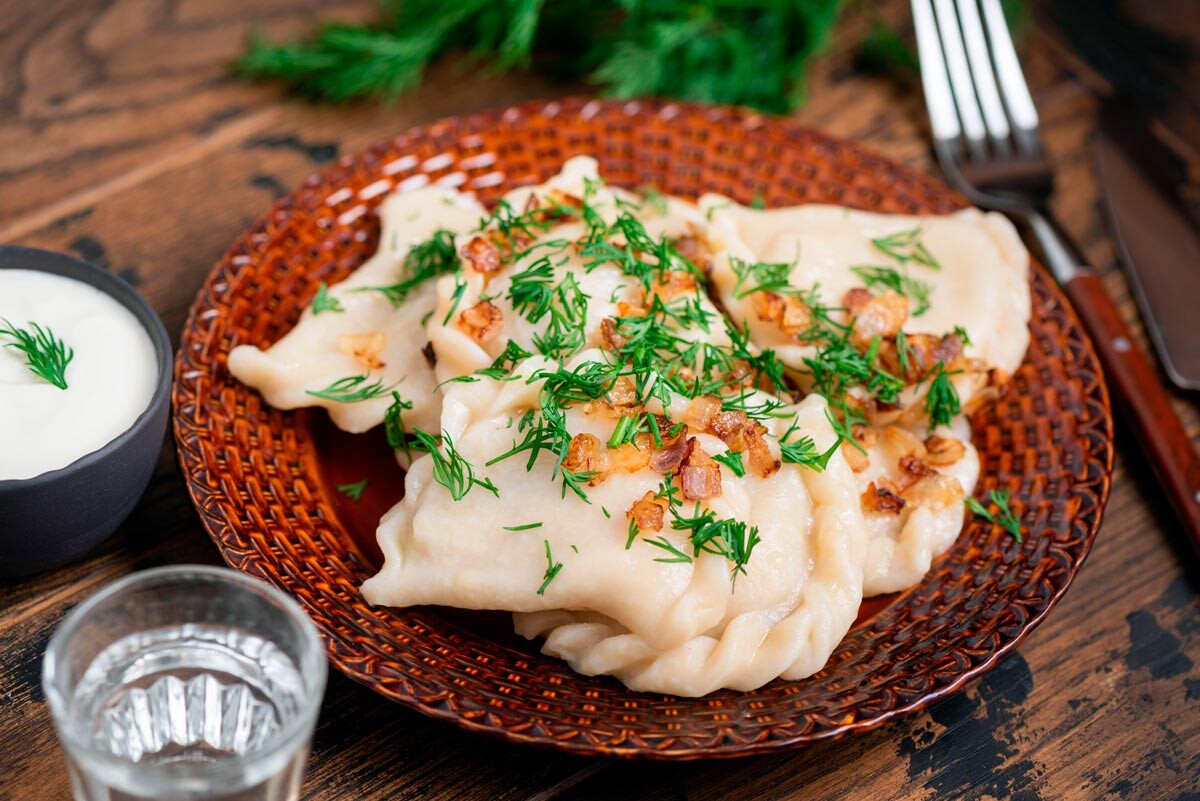 Dumplings with dill and onion.

Second, dill is easy to grow. As forum user Natalia writes: “It’s rather difficult to find a place where it wouldn’t grow. Maybe in the Arctic. Here in Siberia it grows wonderfully well, sometimes we pull it out like a weed.”

Given that fresh fruit and veg for many years were in short supply in the USSR, dill made up for the lack of vitamins. Nutritionists claim that the herb is very healthy, at least for the gastrointestinal tract and blood vessels. 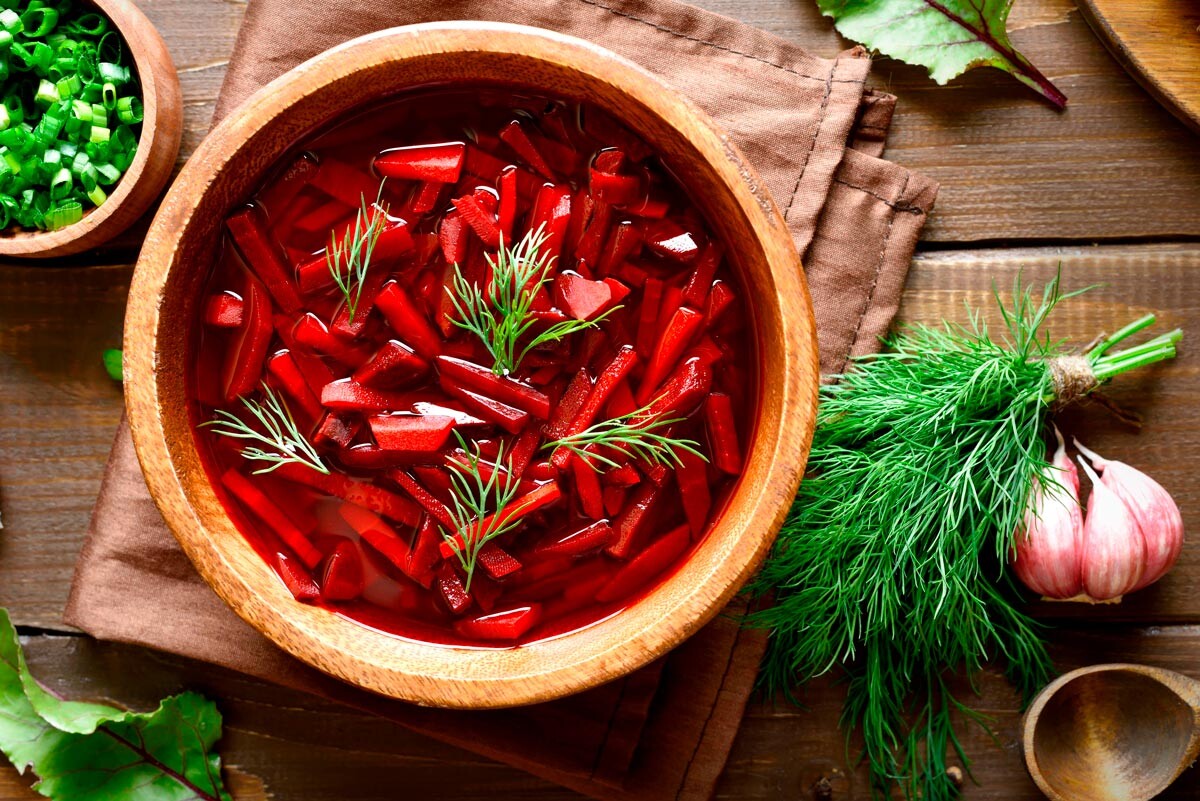 And dill water is recommended for babies suffering from colic and for young mothers when breastfeeding. True, it is prepared in different ways: the pharmacy version uses fennel, the homemade version dill seeds or fresh dill. So for many in Russia, their first taste of dill comes with their mother’s milk.

What do foreigners say about dill? 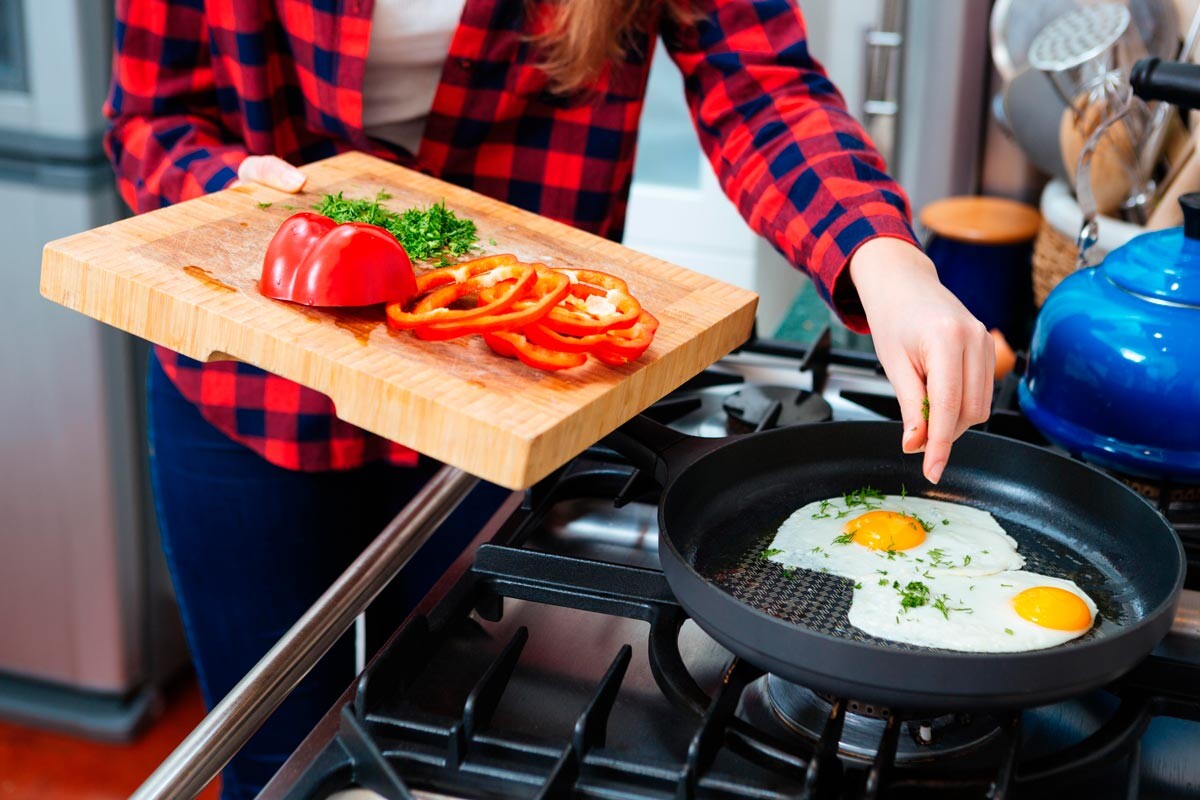 Seeing a photo of scrambled eggs sprinkled with dill, our reader Andrew from America exclaimed: “You forgot the eggs!”. The dill in this dish was indeed generous, but not excessive (by Russian standards, of course).

“I’ve tried many different dishes in central and southern Russia, including the Caucasus, and many had dill in them,” says Rene from Germany. His wife’s parents live in Krasnodar Region, so he visits Russia every year. “For example, they eat potatoes, meat, salad and salted tomatoes with fresh dill. In Germany, we don’t like dill that much. I get the impression vegans eat it in salads.” 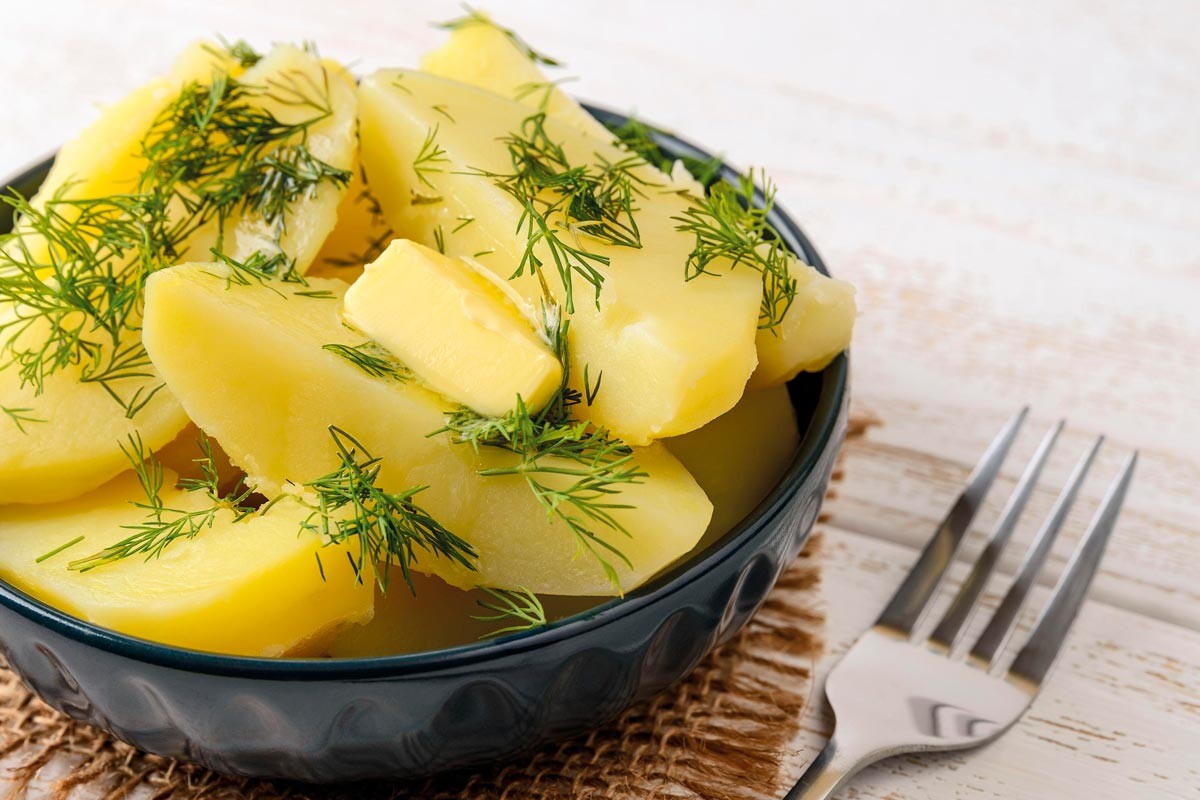 Boiled potato with butter and dill.

“Russians add just the right amount of dill, and in some dishes perhaps even not enough of it. Greens, including dill, impart freshness to food, and the taste calls to mind childhood and traditions,” says Serbian chef Boris Jovanovich. “Increasingly nowadays you can find dill in restaurants not only in its classic form. In our restaurant, for example, we make dill gel and use it to decorate dishes. It’s now a trend.” 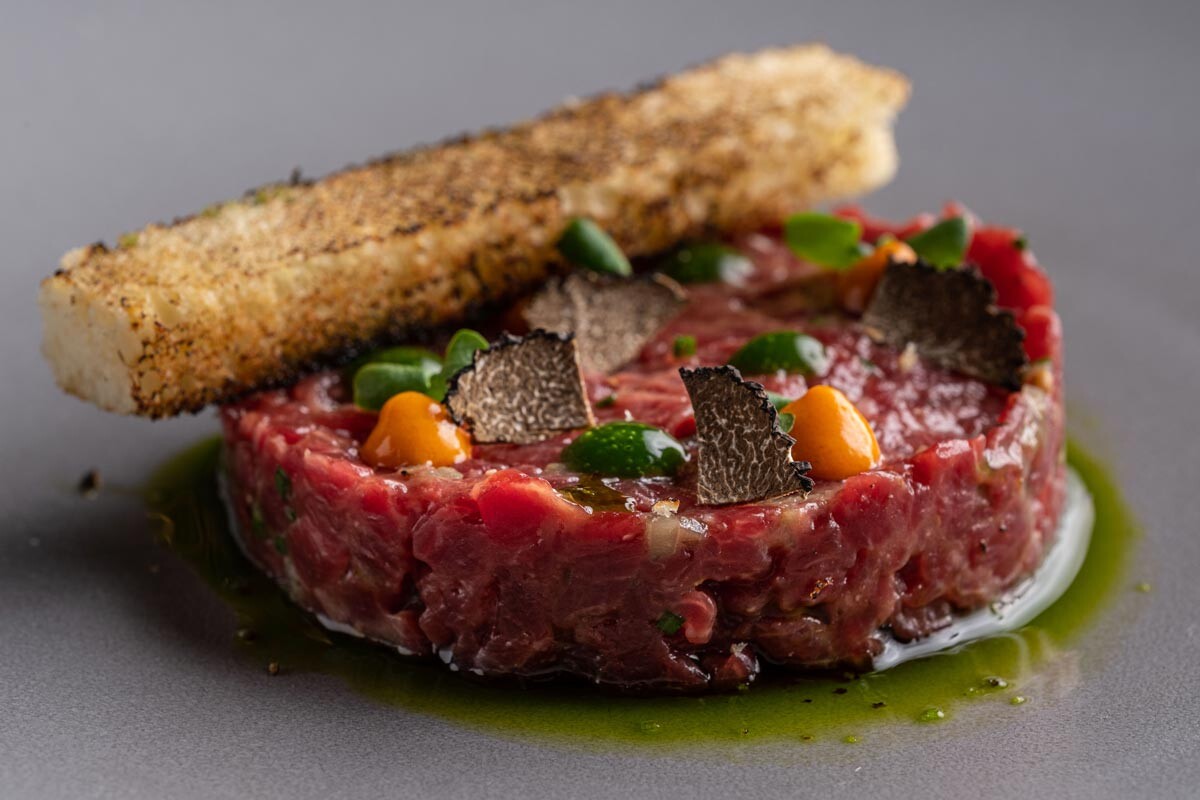