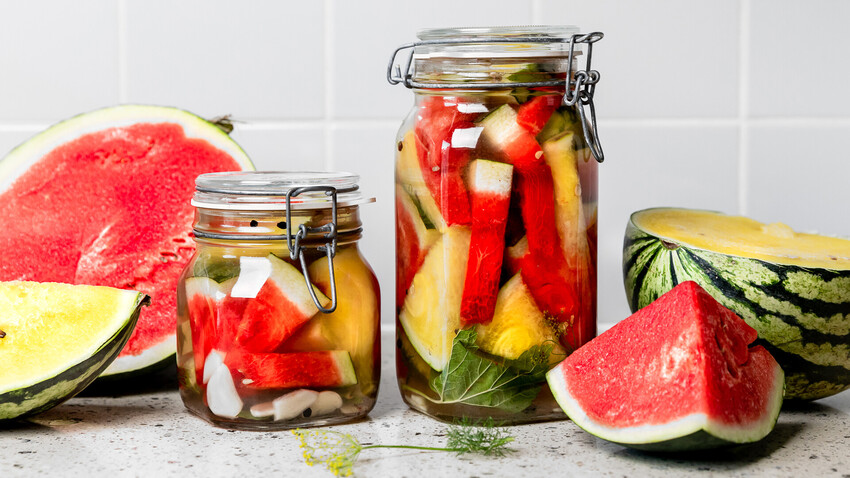 Want to spice up your summer? Try Russian-style pickled watermelon.

Yulia Mulino
Let pickled watermelons be a new gastronomic adventure for you this summer. In some regions of Russia, the unusual treat has long been a favorite and well-known dish.

At the behest of Tsar Alexei Mikhailovich Romanov, watermelons were first supplied to Moscow’s royal court starting in the middle of the 16th century. Having tasted them once, he ordered to plant fields of watermelons in Astrakhan, in the south of Russia. At the end of the 17th century watermelons began to be grown in greenhouses in the Kremlin and, later, even near St. Petersburg despite its harsh climate.

Like all gastronomic novelties, watermelons were perceived ambiguously in society. At first the Church associated watermelons with severed heads and forbade eating them raw. Therefore, they were boiled and salted.

There are many ways to pickle them. Watermelons are salted in jars or wooden barrels, either as a whole or sliced, and adding either vinegar or citric acid.

To prepare salted watermelon correctly you need to observe a few nuances. First, choose the right ones. This means that they must ripen, but remain hard, not grainy. For the pickling process to be successful, the watermelons must not contain pesticides. Pickling jars should be sterilized before use.

Garlic, pepper, dill tips and horseradish are traditionally used as spices. I did not have horseradish, so I used fragrant black currant leaves instead.

You can use pickled watermelon along with the rest of the pickled items as a garnish or an appetizer. 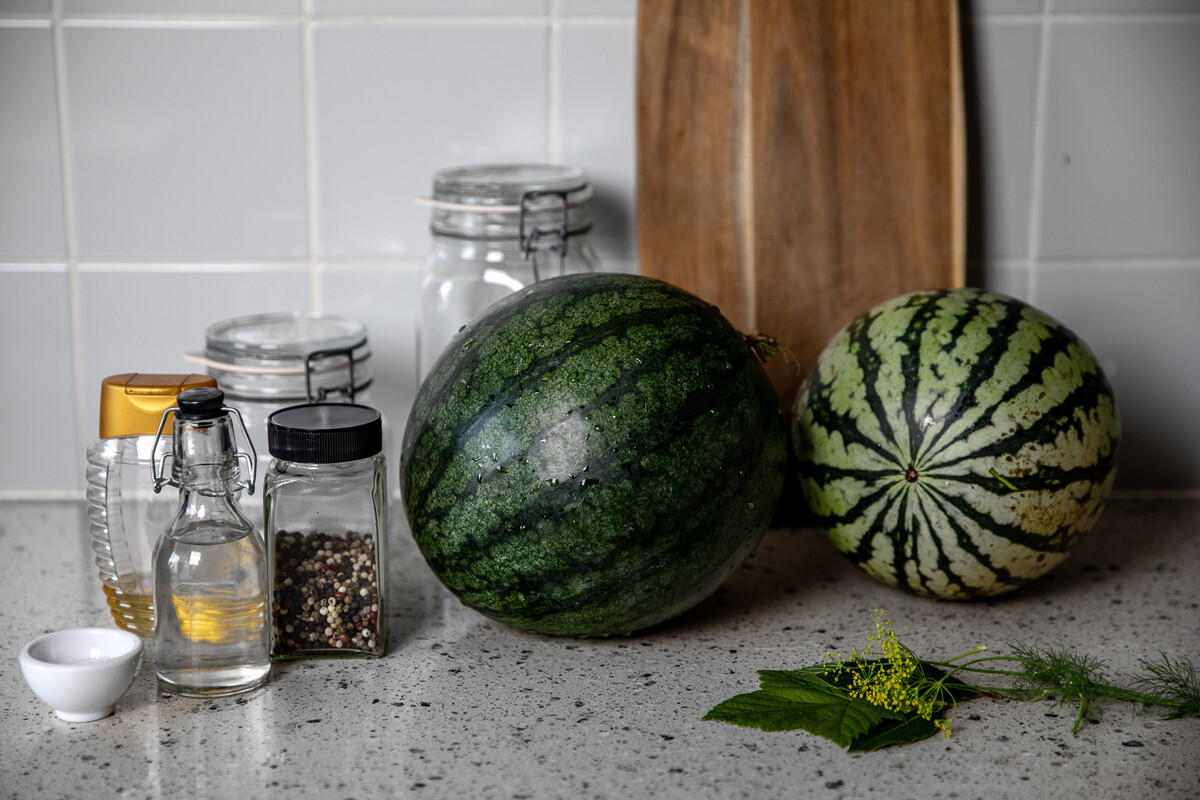 1. Use a convenient way to sterilize jars. I boiled them in water. Before sterilizing, check if they’re suitable for canning. 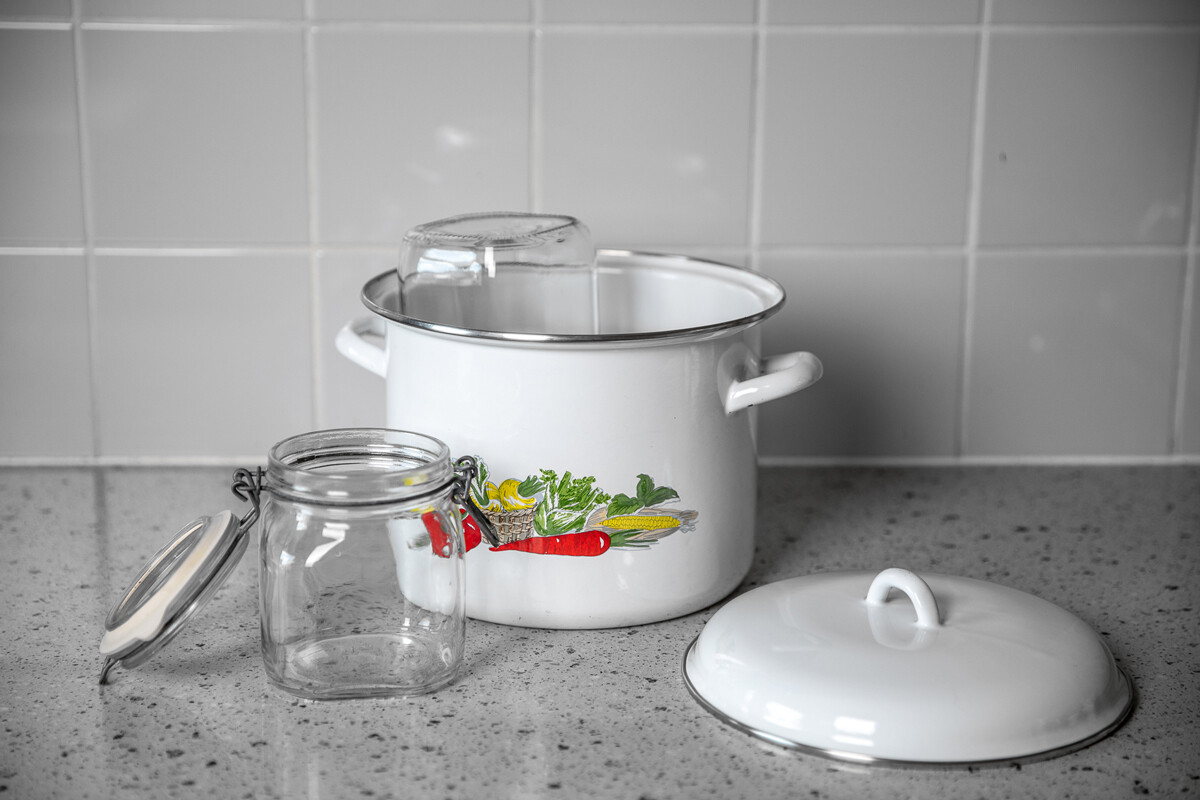 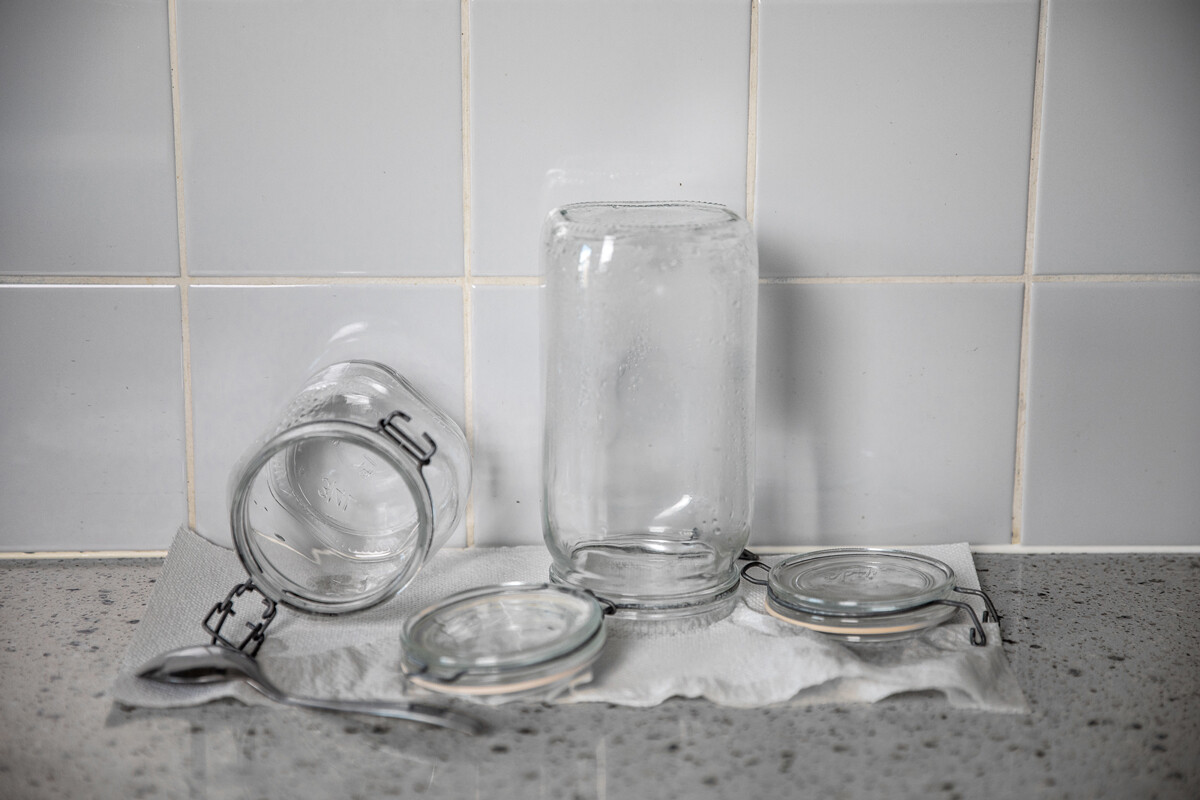 3. Cut the watermelon into small slices so they fit into the jars. 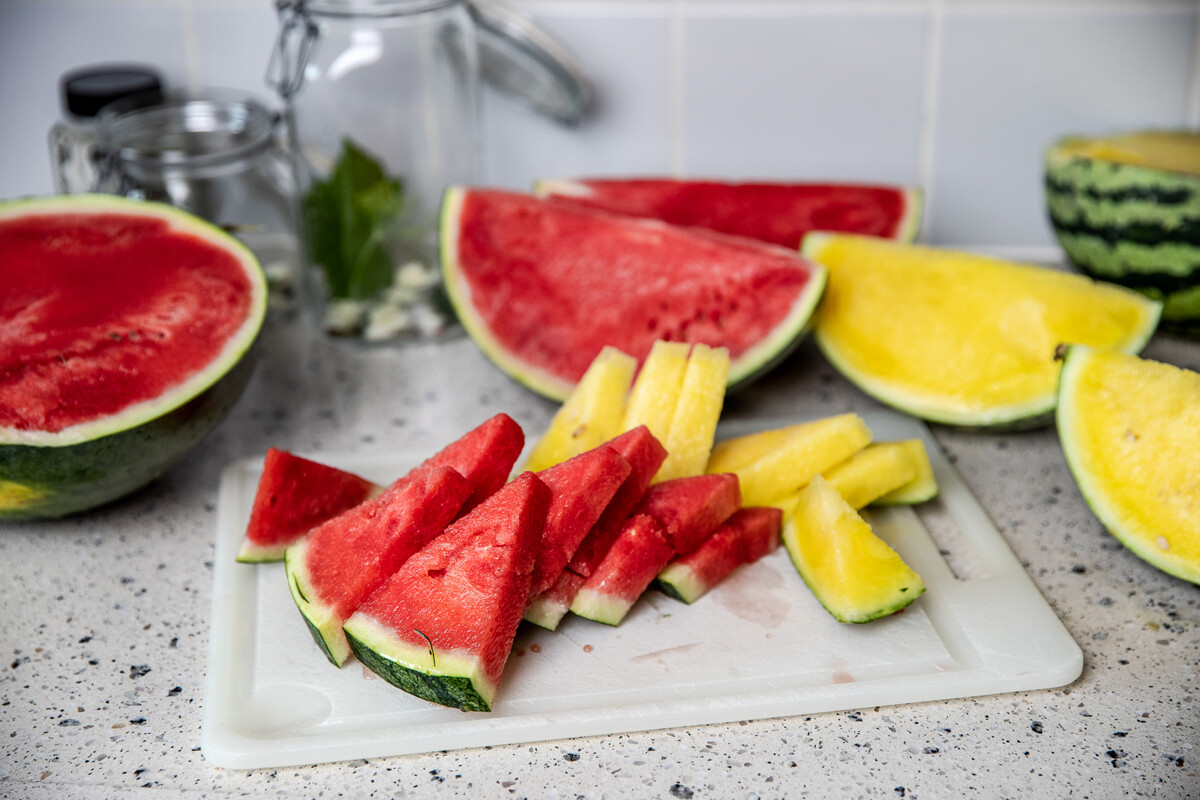 4. First place the seasoning in the jar bottoms. 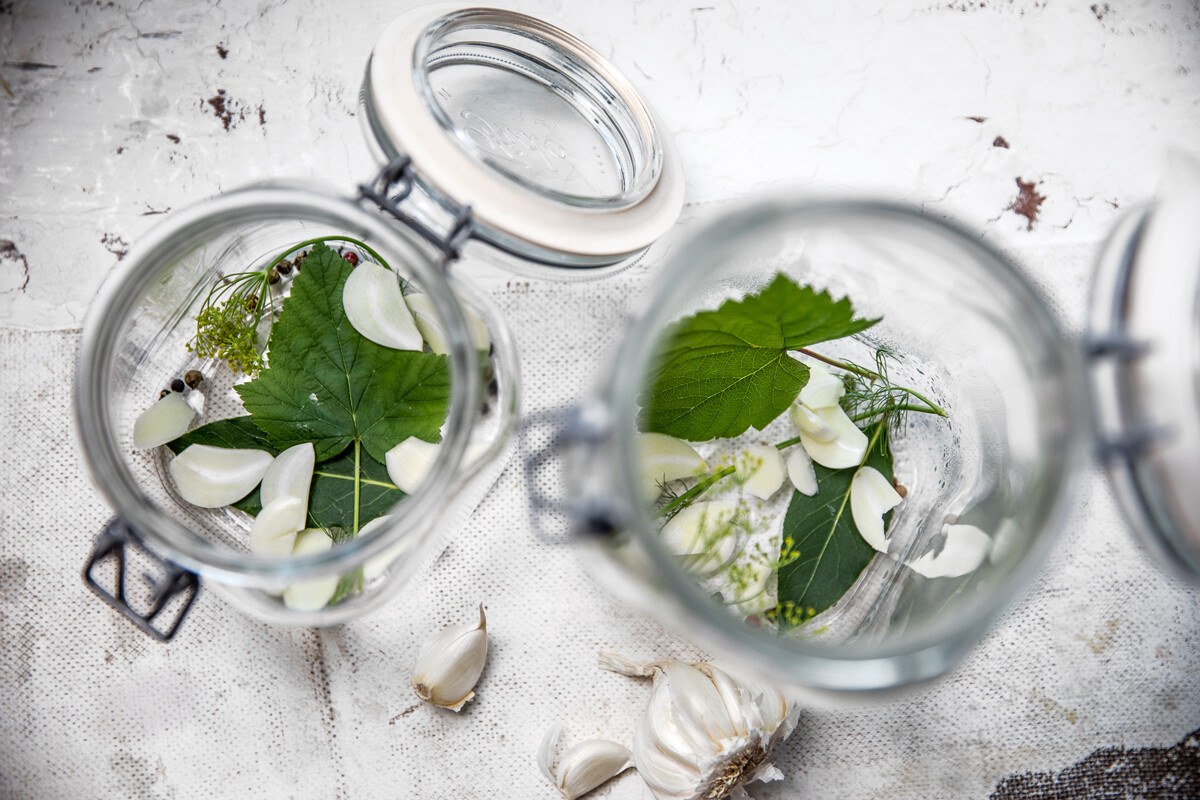 5. Next place the watermelon slices in the jars. 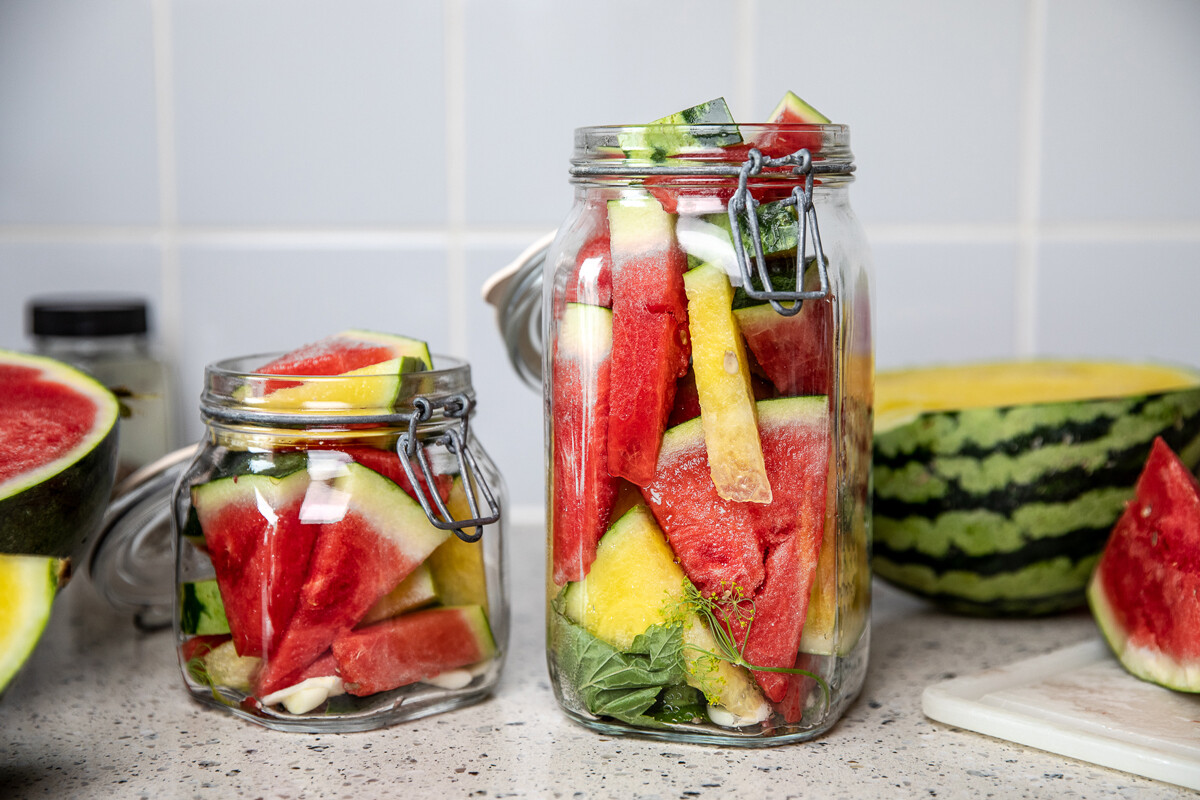 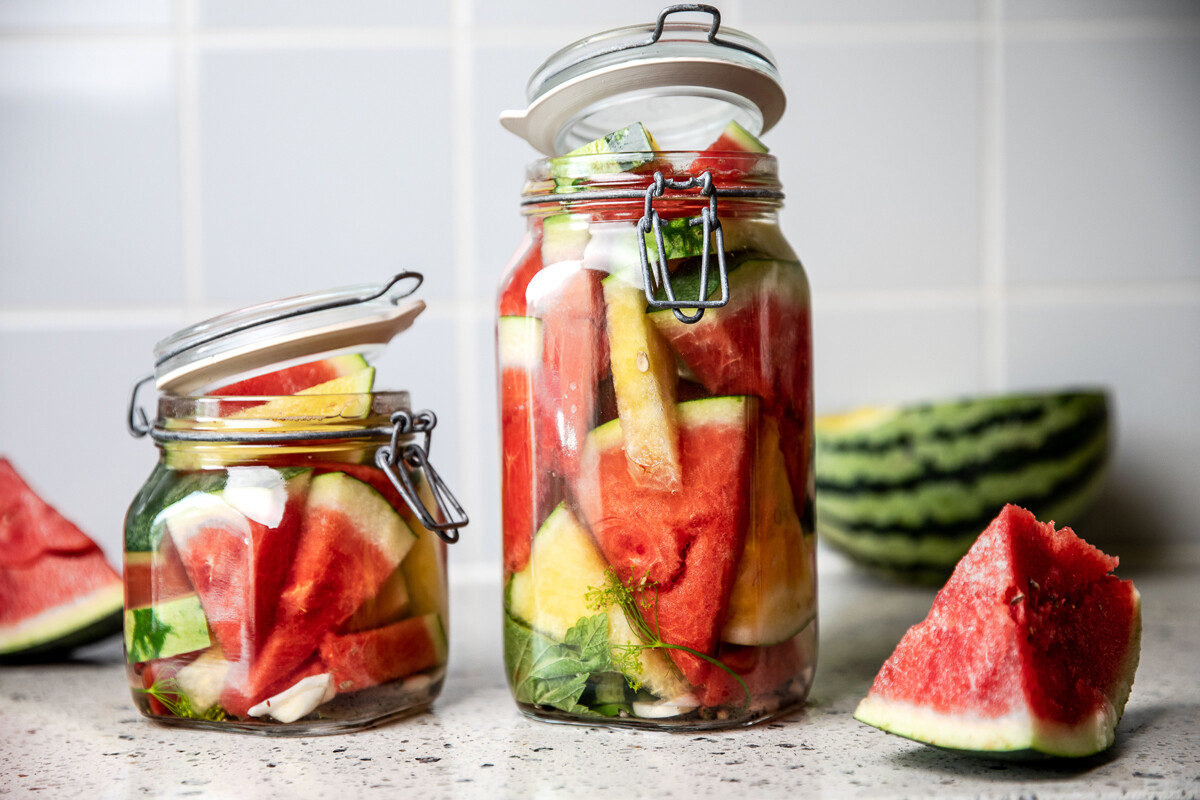 7. Remove the water again, heat to a boil, add the honey, salt and vinegar. 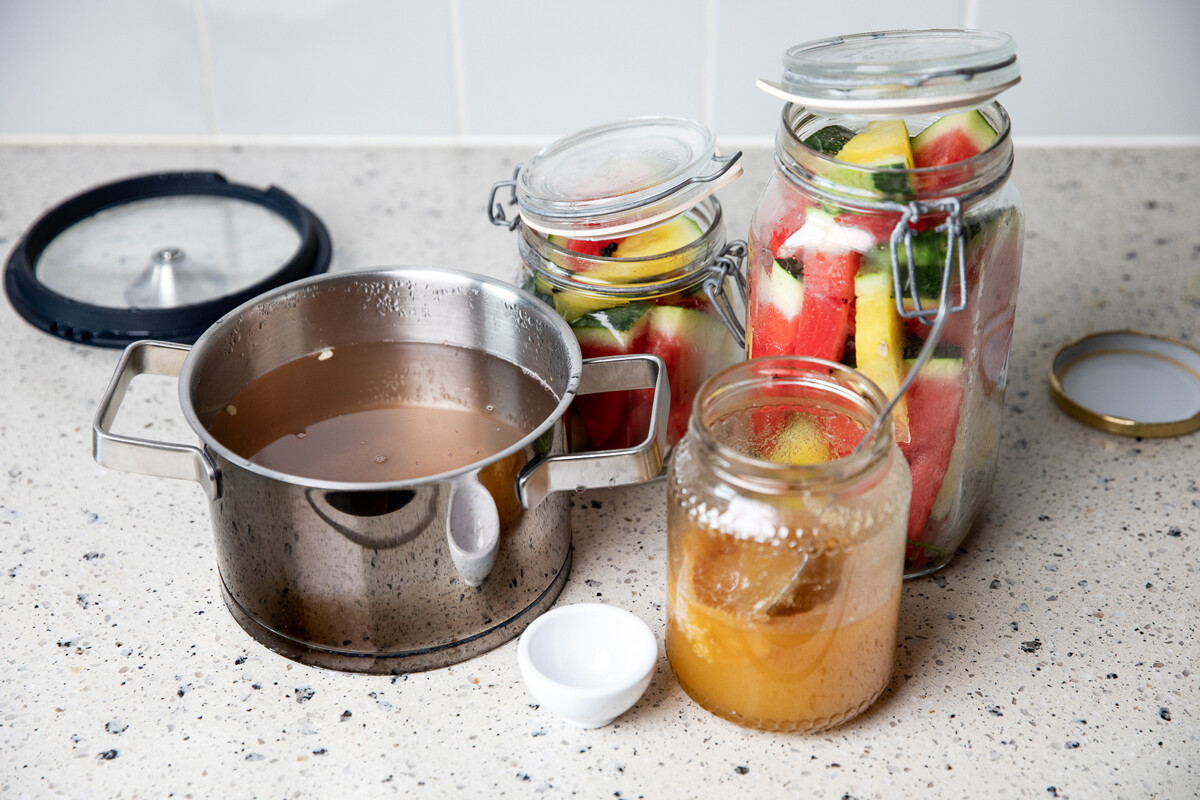 8. Pour the boiling brine over the watermelons and close the jars. 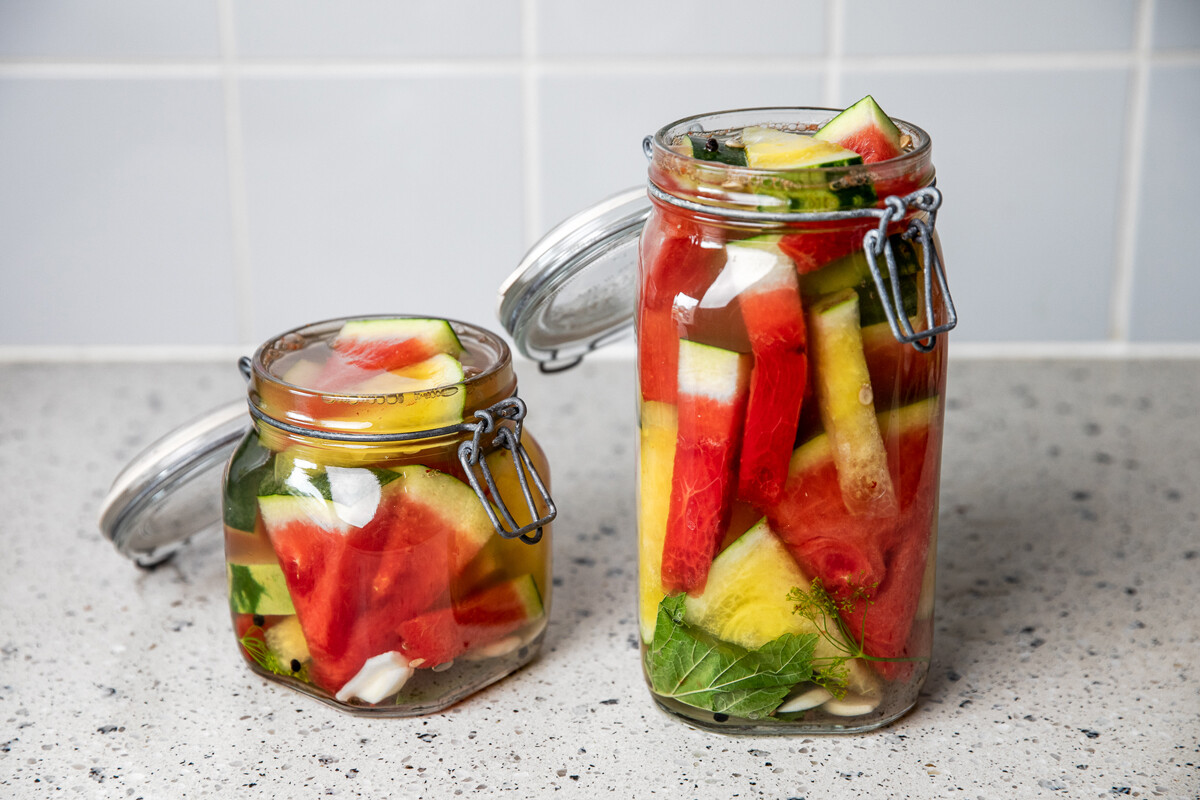 9. Turn the jars upside down and wrap to cool slowly. 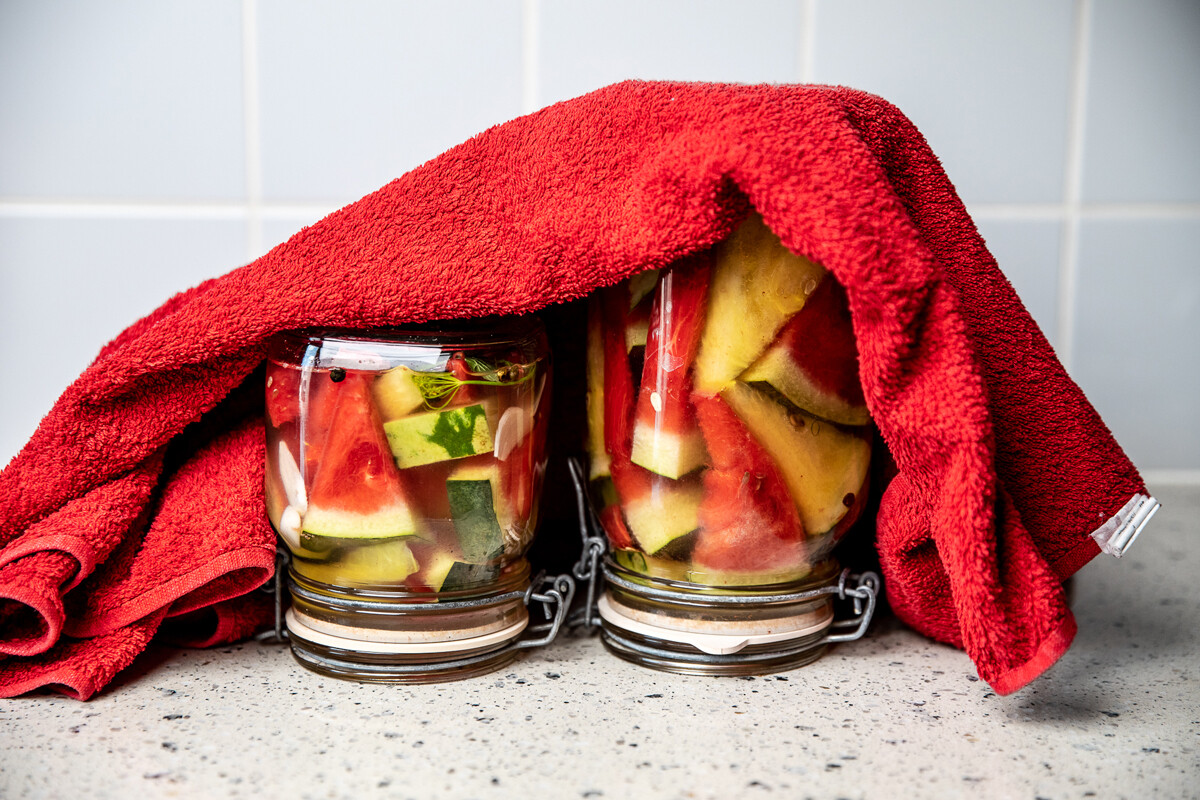 10. If you follow all the rules, the jars can be left out of the refrigerator for over a month, and they won't explode. Also, you can try pickled watermelons after a few days. 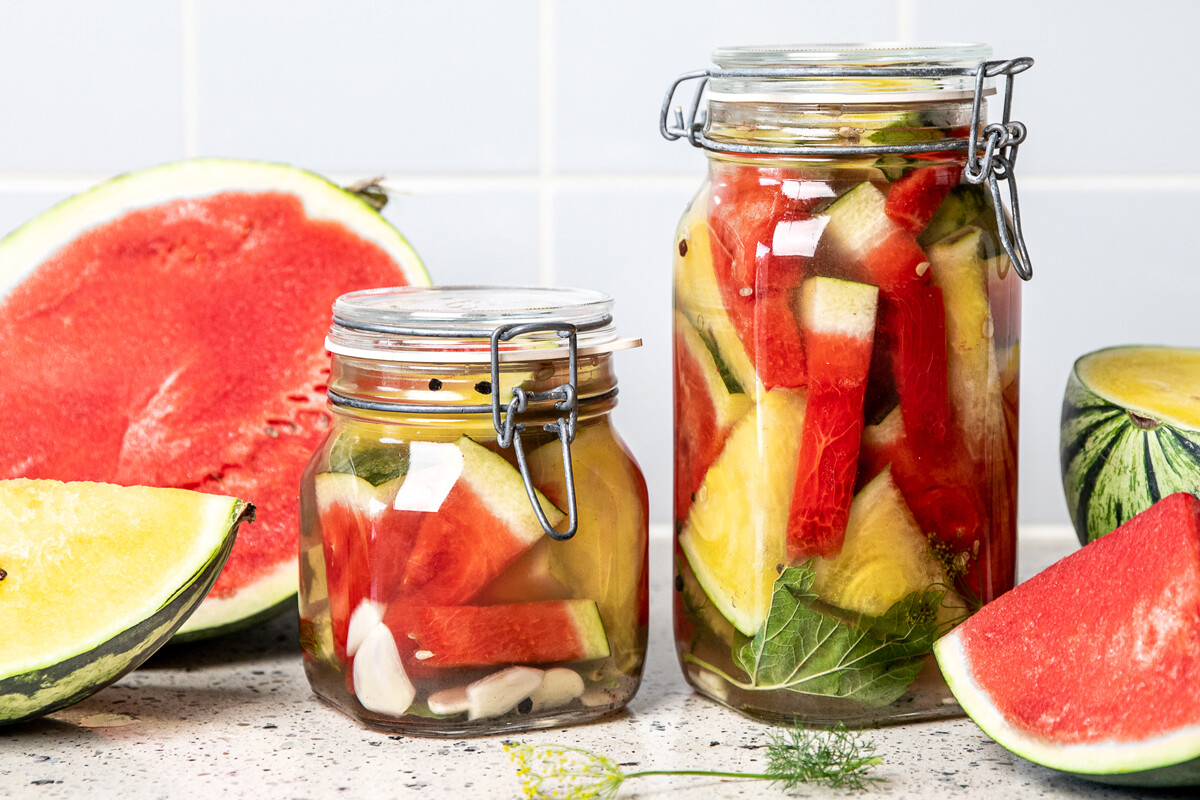