5 most popular (and CRAZY) diets in the USSR 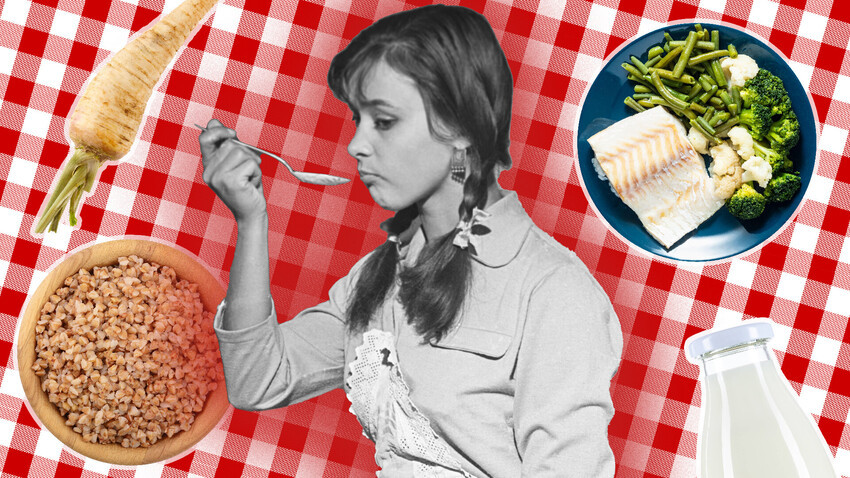 Russia Beyond (Soviet and Russian actress Lyudmila Marchenko, 1961 / Yuri Abramochkin / Sputnik; Legion Media)
There were no lengths women wouldn’t go to in order to try to lose weight in a country that had no fitness clubs. The only thing driving them was their strong desire for a great figure.

Disclaimer: This article contains information and does not provide medical advice. To determine the type of diet that is right for you, please consult your doctor.

1. The Buckwheat and Kefir Diet 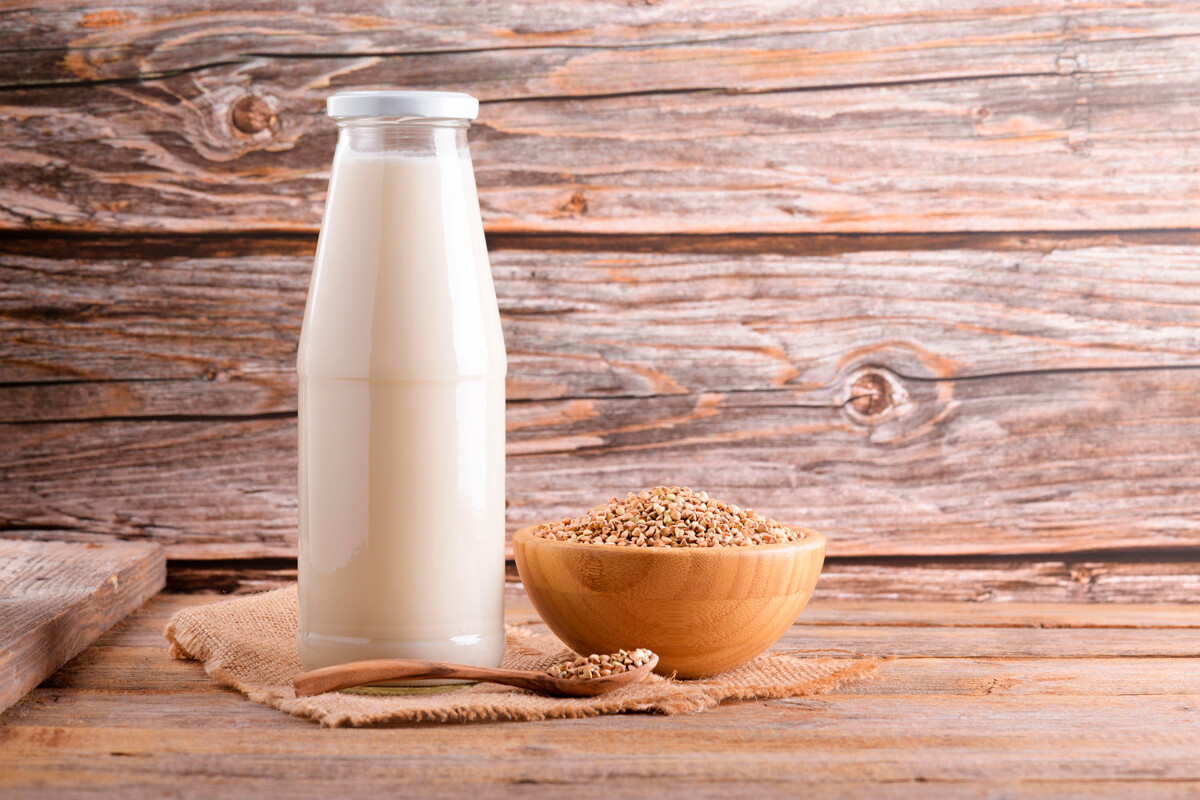 This was one of the variants of the mono diets popular in Soviet times: one had to eat only one or two foods. Most frequently it was either buckwheat or rice, diluted with kefir (and some chose just to drink the kefir!).

Kefir was a source of essential amino acids, while buckwheat was the fat-burning basis. The duration of the diet was up to two weeks: during that period, buckwheat in any quantity and up to one liter of fat-free kefir a day could be eaten, but no sugar or salt were allowed (not to mention any other additives). At the same time, it was recommended that the buckwheat be steeped rather than boiled, by pouring boiling water over it and leaving it for 4-6 hours or overnight.

Following the rules, one could shed up to 5-7 kg a week but, as is the case with any mono diet, this way of losing weight could result in a whole host of consequences for one's health - primarily, a shortage of essential nutrients. 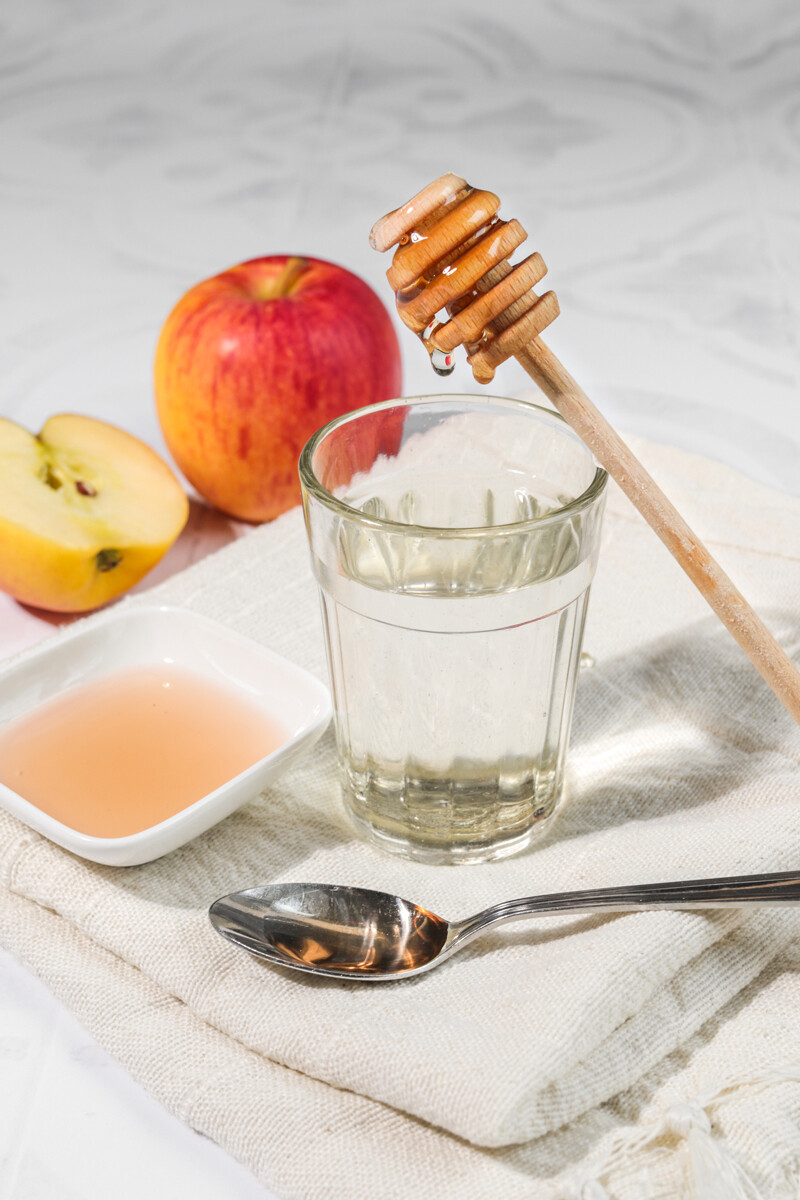 Another way to bring down one's weight is to drink a solution of apple cider vinegar before each meal. It is believed that vinegar raises the level of acidity in the stomach, thus speeding up digestion. As a consequence, the feeling of fullness comes faster, reducing one's appetite.

For this purpose, vinegar was diluted in water in the proportion of one teaspoon per glass of water. One glass of vinegar was used for every 30 kg of weight. For example, a person weighing 60 kg needed to drink two glasses of the solution every day.

The vinegar diet was one of the most popular in the Soviet Union among women who wanted to lose weight quickly: it didn't entail any restrictions on what one could eat. Furthermore, women insisted that they could lose 5 kg in five days by following this "lazy" diet. What was overlooked, however, was the fact that vinegar taken on a daily basis harms the stomach. And for people with gastrointestinal problems, it is not recommended altogether. 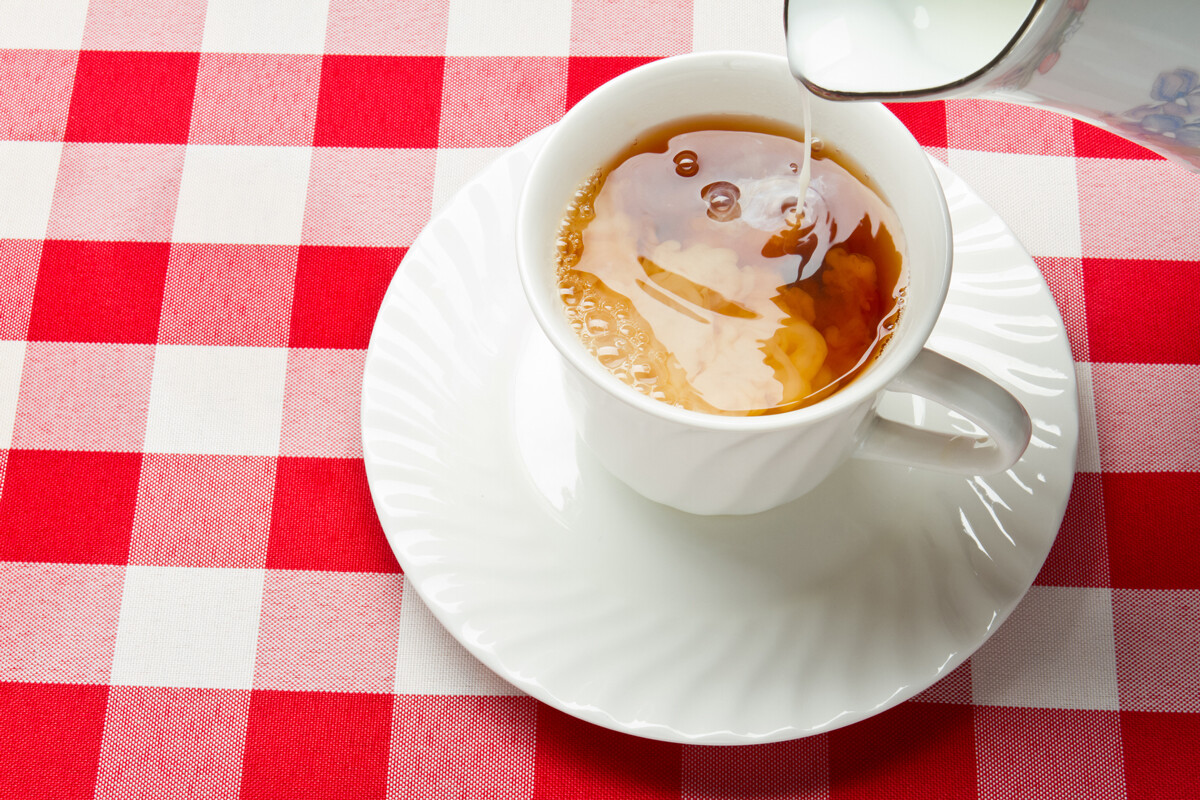 Strong black or green tea with added milk was believed to be an excellent way of suppressing one's appetite and maintaining energy all day long. Strong tea contains caffeine and affects the body as an energy booster, while milk softens the aggressive effect of strong tea on the stomach, and creates a feeling of fullness.

It's quite reasonable to spend detox days drinking tea with milk. On such days tea should be taken every 2-3 hours, and food is to be excluded altogether. But it is not recommended to have such days more than once a week. Many people skipped this recommendation, however. Fantastic promises of shedding up to 7 kg of excess weight a week drove women to restrict themselves to nothing but tea for a week or more, something that naturally had a deleterious effect on their health. 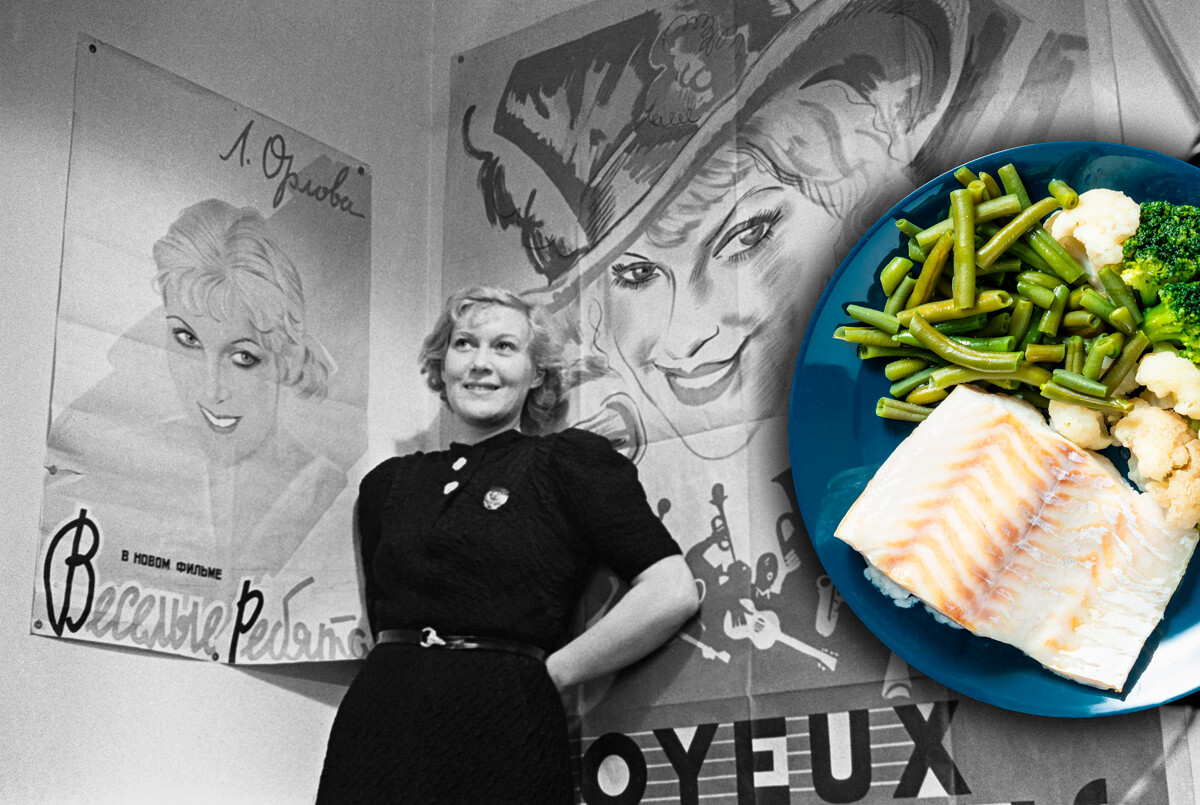 The Soviet actress Lyubov Orlova was idolized by millions after the appearance of the musical film "Jolly Fellows" in 1934. Her delicate figure was no accident - it was the result of her painstaking efforts to keep in shape (daily exercises at the ballet bar, and diet). And so it was that Lyubov Orlova's diet gained rapid popularity. Aside from her day-to-day diet based on a balanced nutritional intake, while excluding sugar and fried foods, Orlova would go on a detox diet for two weeks twice a year, which consisted principally of the following: 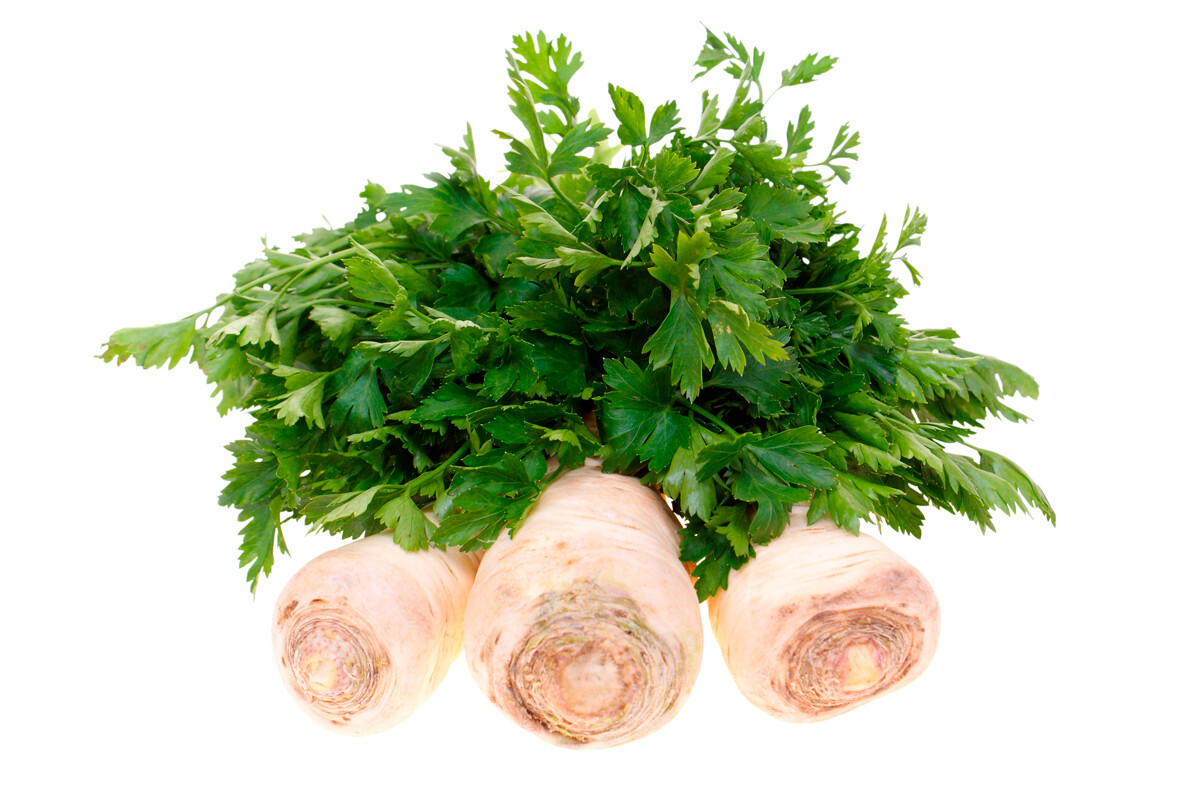 This diet was popular in the 1950s-60s. Unlike other diets, which placed restrictions on what people ate (the Orlova Diet, for instance), it was based on an additional belief in the powers of parsley - a popular herb grown on Soviet vegetable plots. The diet was not based on the parsley leaves that everyone knows, however, but the grated root of raw parsley, which has a strong diuretic effect.