How to make Ossetian beer 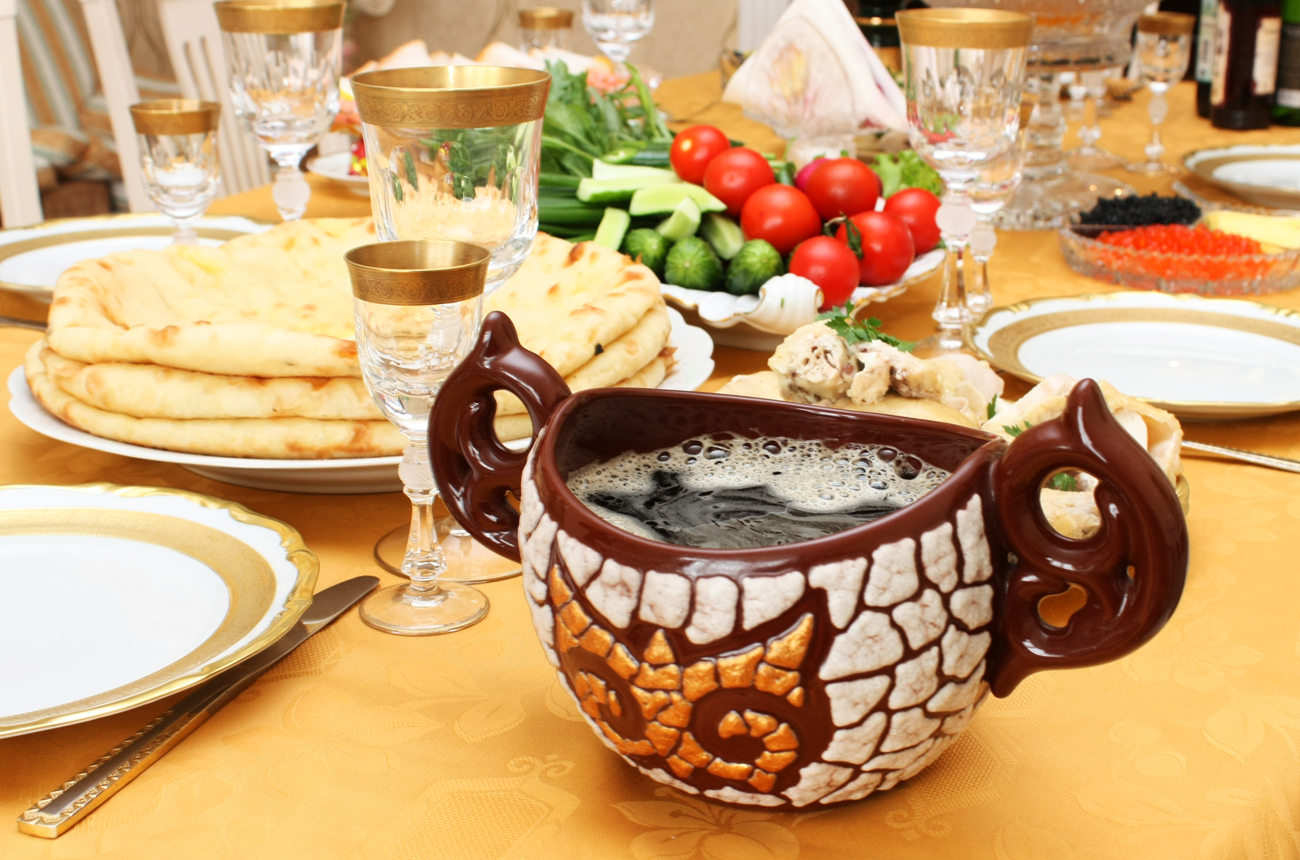 The North Caucasus republic has its own brewing traditions.

Lori / Legion-Media
There are many traditions surrounding beer in the Republic of North Ossetia in the Russian North Caucasus. It is made over a campfire, served on religious holidays — and brewed mostly by women.

“Our people have hundreds of national beer recipes: every family probably has its own brewing nuances. Every Ossetian will start trying to prove that the best craft beer was brewed by his granny,” says Georgiy Didarov, head of the brewing department at the Bavaria brewing company, which brews both traditional and Ossetian national beer.

Didarov is one of the few male brewers in North Ossetia: most of brewmasters in this mountainous region in southern Russia are women. According to Ossetian traditions, beer should be brewed by the oldest woman in the family. Didarov says that he learned to make beer as a child from his grandmother and his mother.

Every fall, a beer festival takes place in the regional capital, Vladikavkaz (1097 miles South-East from Moscow). Called Eeron Bagany, it is a kind of Oktoberfest for Ossetian beer. Didarov is one of the judges at the festival’s competition for best brewer. During the festival, which only lasts a day, Didarov must test at least 150 local beer samples.

How is Ossetian beer different?

Zhigulevskoye: The beer of Soviet-Mexican friendship
Ossetian beer differs from traditional beer in several ways. First, with only 1.5 percent ABV, it is significantly less intoxicating than ordinary beer. Ossetian beer also has no foam and ranges in color between dark brown and black. It is also brewed without technology.

“Nowadays all the brewing plants use computer-assisted manufacturing,” says Didarov. “But Ossetian beer can’t be produced mechanically. At our plant, we do it the same old way: make a campfire, place a big copper tun [a large pot used for brewing beer] over it, roast the malt there. The flavor immediately starts spreading all over the territory. I remember one business conference taking place here at our plant: there were pinstripe types wearing formal suits. They went out during the break and were really surprised to see the campfire, I tried to explain: there is no other way to brew our beer.”

North Ossetian brewing culture is at least as old as the Republic’s best known-epic, the Nart sagas. This epic, which was compiled even in the pre-Christian era and was written in the 8th and 9th centuries, contains a legend about the discovery of beer.

Exploring the history of Russian cuisine
According to that legend, a warchief saw a bird in the forest that ate some hops and immediately fainted. The chief took the hops home and told his wife, Shatana, what had happened. She mixed the hops with ground malt, and that was the beginning of Ossetian beer.

Ossetian beer is an important part of a monthly celebration specific to the republic. During this celebration, a group of Ossetians gather to drink beer at a round table. The oldest man at the table blesses the beer cup, takes a sip and passes the cup to the youngest boy at the table, who also takes a sip. The cup is sent around the table. In the early days of Ossetian culture, only men were allowed to sit at the table while women brought in the food. Today, however, all Ossetians are welcome to take part in the feast.

Ossetian beer is organic. Traditionally, it was brewed in a giant copper pot on a camp fire. Today, however, urban housewives can brew it in an iron pot on a stove.

1. Brown the malt, then cover it with warm water. Ossetians often use spring mountain water.

2. Put the malt mass into a wicker basket for lautering. The wort remains, it should be put back into tun.

4. Add yeast that has been rehydrated in a small amount of brew and sugar.

5. When the brewed beer is ready,  strain it through a sieve and put in a glass container in a cool dark place, such as a cellar or storeroom.