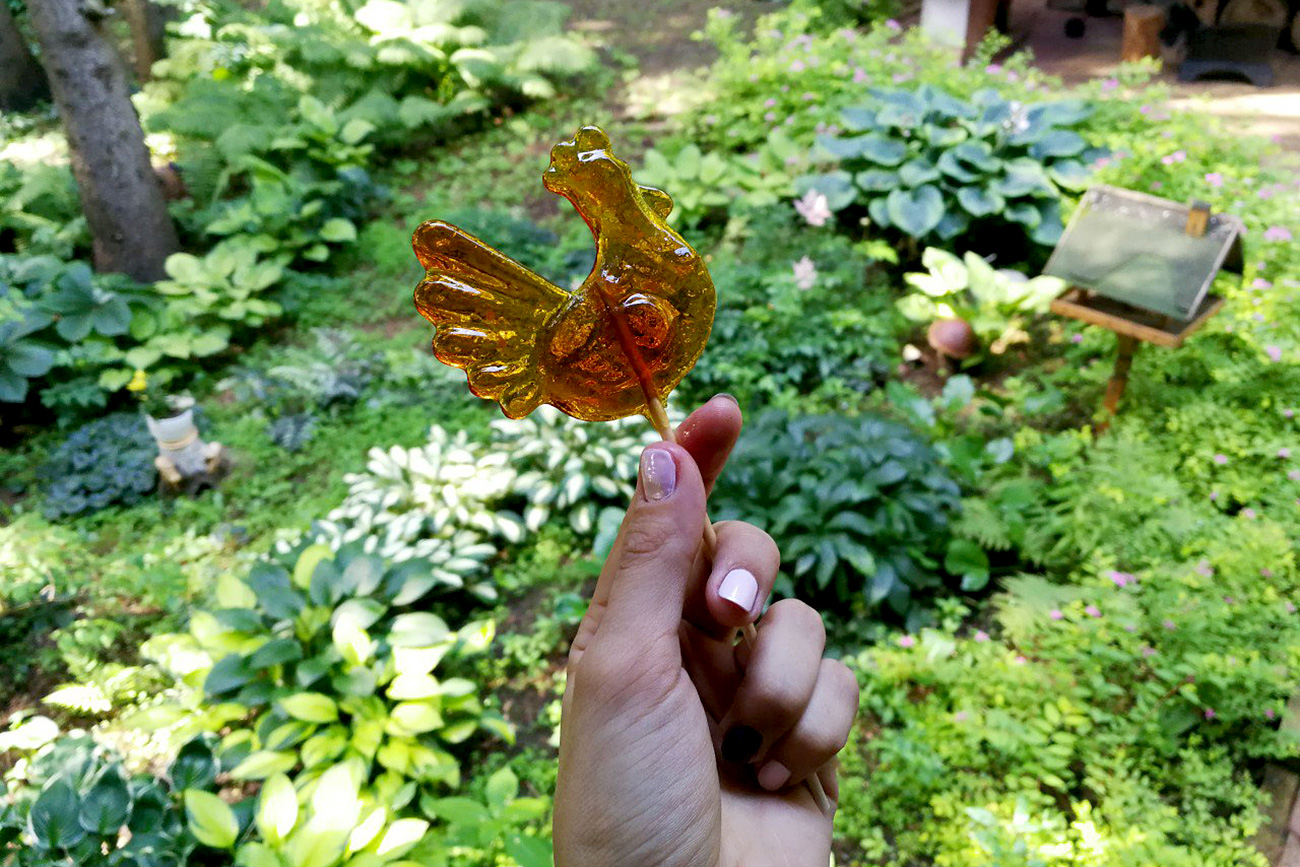 Alexandra Kravchenko
In Russia, the world-famous lollipop ("ledenets") is a matter of national pride, with a particular flavor and its own history.

Lollipops are simple and ingenious, but they are not a modern creation. In medieval Rus the first lollipops became popular with the appearance of sugar in the 13th century. At that time, sugar was expensive and only aristocrats could afford it.

When creative Russian people familiarized themselves with sugar they began inventing various dishes, from jam to lollipops, which are known as ledenets in Russian. By the way, ledenets was first mentioned in Russian chronicles in 1489.

Children quickly fell in love with the sweet delight, which can be made in any form. Today, the rooster is preferred because it's a magical and regal bird in Russian fairytales.

Five centuries ago, however, it was not easy to prepare the caramel rooster, which is why simpler forms were used, such as the house, the spruce or the fish. Nevertheless, despite the many lollipop forms, the "little rooster" became most common.

In the early 19th century, lollipops conquered the hearts and tastebuds of Europeans. Popular prints from that era depict children holding enormous lollipops, and well-to-do adults preferred to treat themselves to a more expensive candy, the Monpansier. In Moscow there is even a legend about its creation and the establishment of the first lollipop factory in Russia.

A drunk and his lollipops

According to Moscow legend, in the first half of the 19th century in the Lubyanka neighborhood lived a man, Fyodor, who was originally from the Novgorod village of Landra. He was poor and drank heavily, and ran a small business making fruit lollipops. He wrapped them in candy paper and regularly supplied them to Eliseyev's food store on Tverskaya Street. 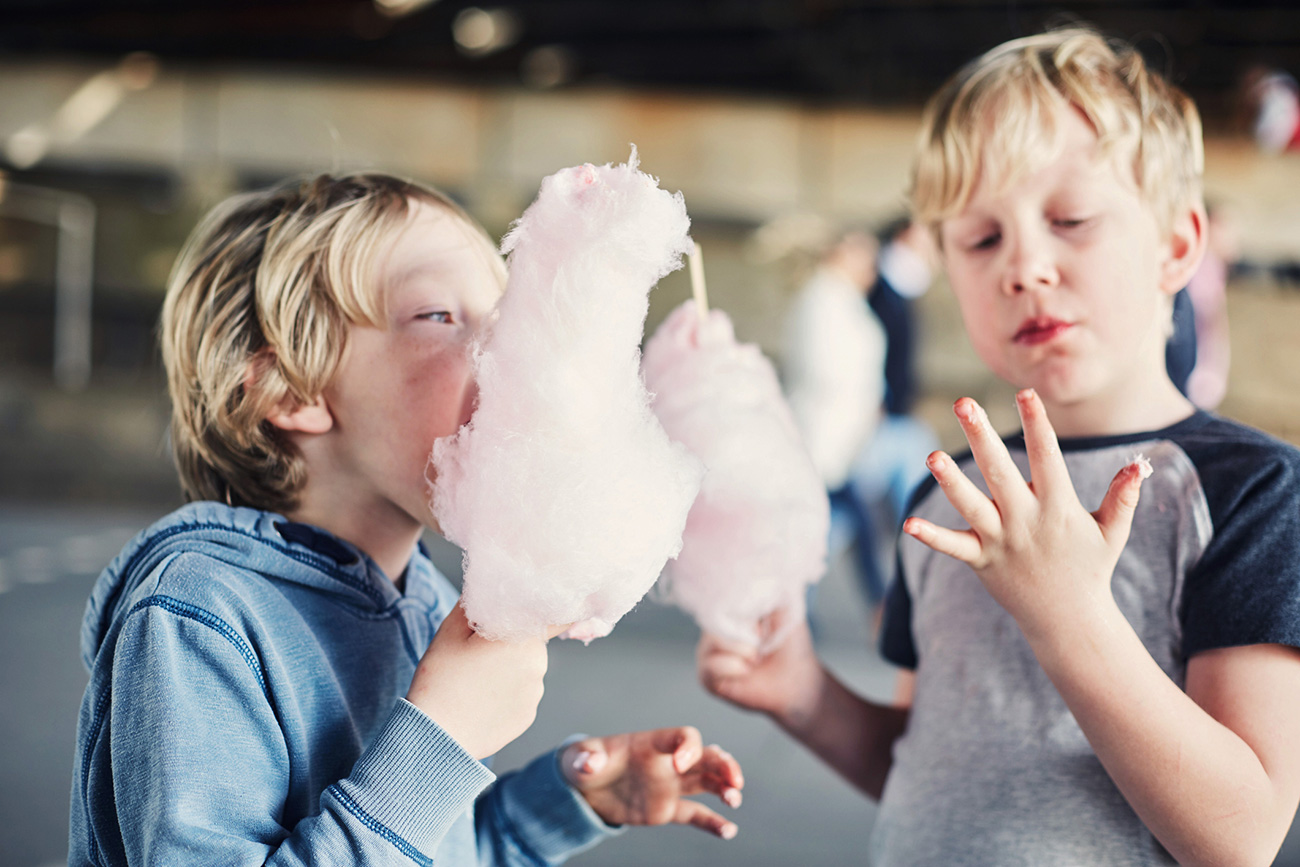 Then one day, suffering from a terrible hangover, Fyodor brought the usual quantity of lollipops to the Eliseyev store. But since it was a hot day Fyodor was dreaming of drinking something cold after collecting his money. But the angry clerk who received the goods scolded him and chased him away without accepting the lollipops.

In his semi-drunken state Fyodor had forgotten to wrap the lollipops and as he was walking in the sun from Lubyanka to Tverskaya they melted together. Tormented by the trip and the hangover, and by the lack of income, the dejected Fyodor leaned against a parapet and fell asleep from grief.

This parapet, however, was part of a fence around a high school for girls. Noticing a man with a box of candies, they woke him up and forced him to sell the sweets for two kopeks each.

Fyodor's grief suddenly turned into happiness, and when he counted his earnings he realized that he had earned more than the Eliseyev store usually paid him. The girls loved the treats and named them, Monpansier, which is French for "my passion."

Meanwhile, Fyodor decided to open his own factory, first in Moscow and then in St. Petersburg, naming it Landrin. The word was foreign and intriguing, therefore Fyodor had to change his own Russian name to a foreign one - Georg. That’s how Russia got its King Georg - the king of ledenets in a tin box with the name Monpansier Ledentsovoye. But it was the French-sounding name, Landrin, which stuck in the national consciousness.

The Soviet food industry significantly increased the quantity of forms and colors for lollipops, and the legendary rooster and squirrel became the preferred forms.

Thanks to simplicity, natural ingredients and low price the Russian lollipops became so popular that they got their own monument in Kiev. And even though the rooster and squirrel were most common, caramel horses, rabbits, bears, golden fish and stars also went down in history. 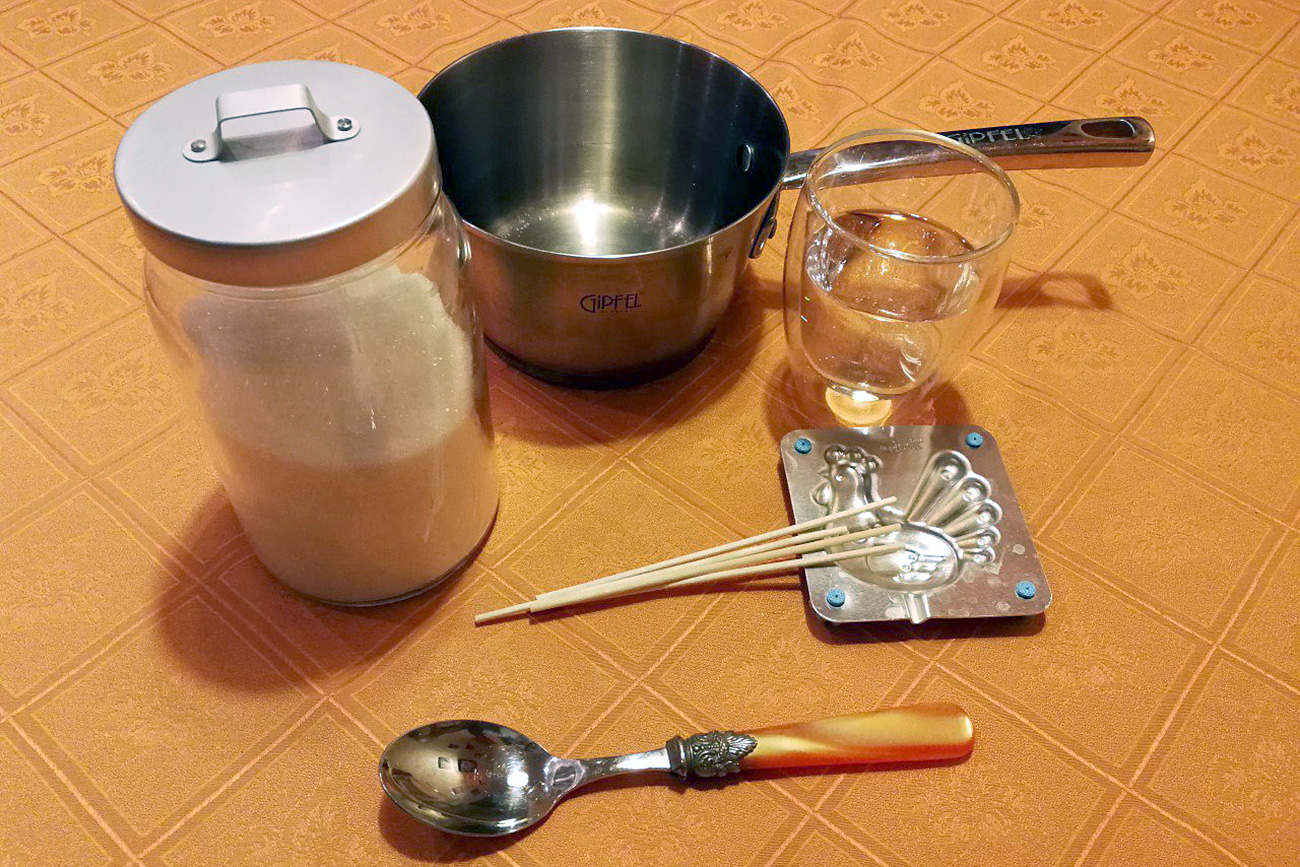 - 1 teaspoon of citric acid or vinegar

1. Mix all the ingredients in a pot with a deep bottom. 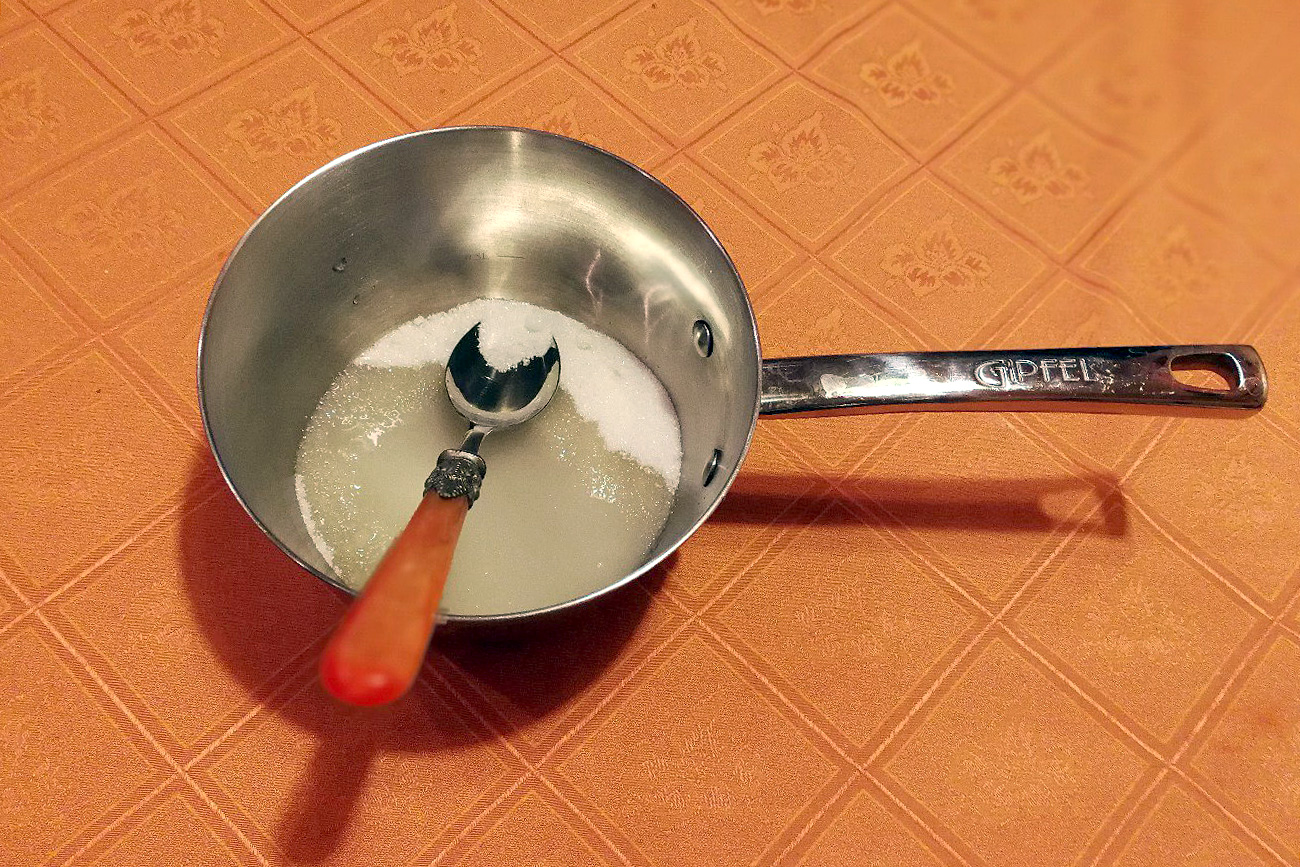 2. Place the pot on a small flame and fully dissolve the sugar. 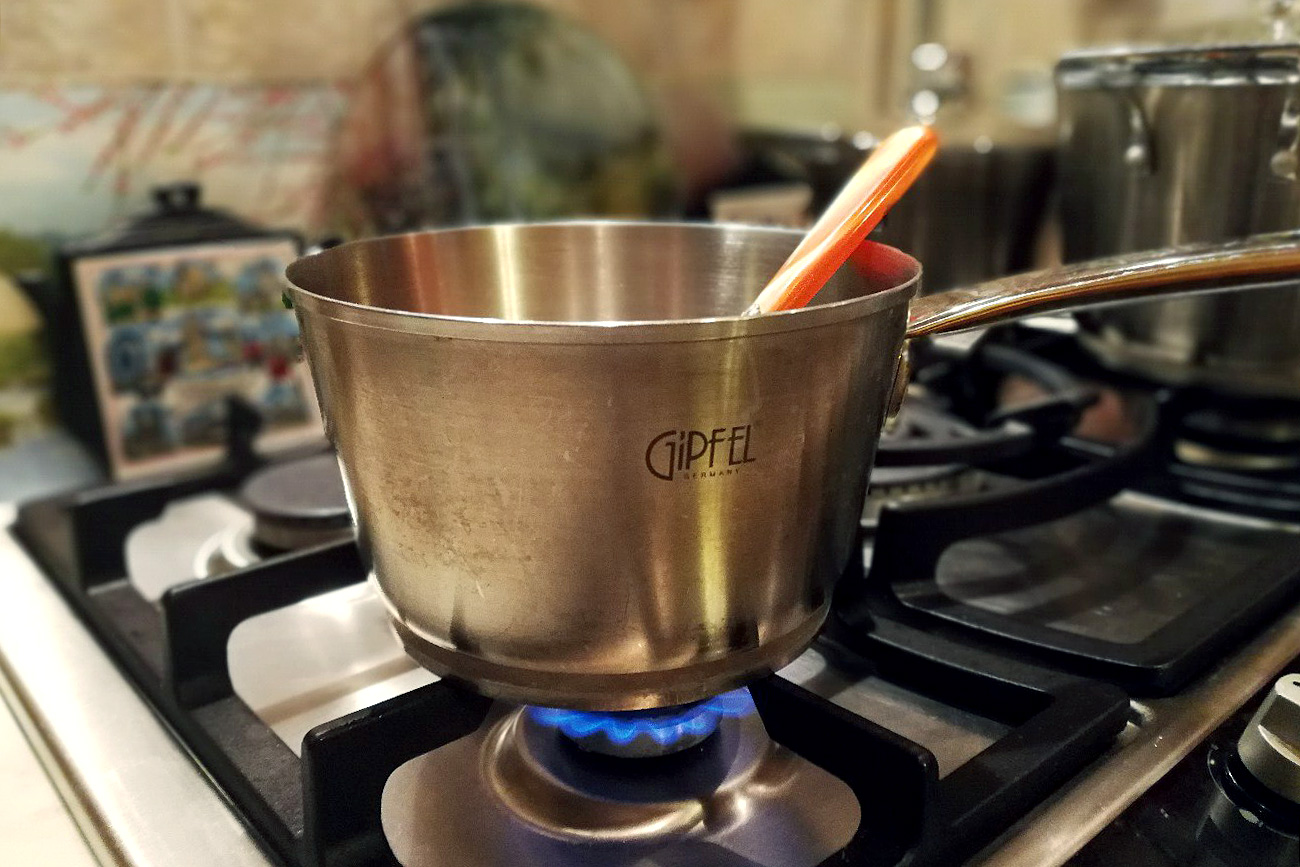 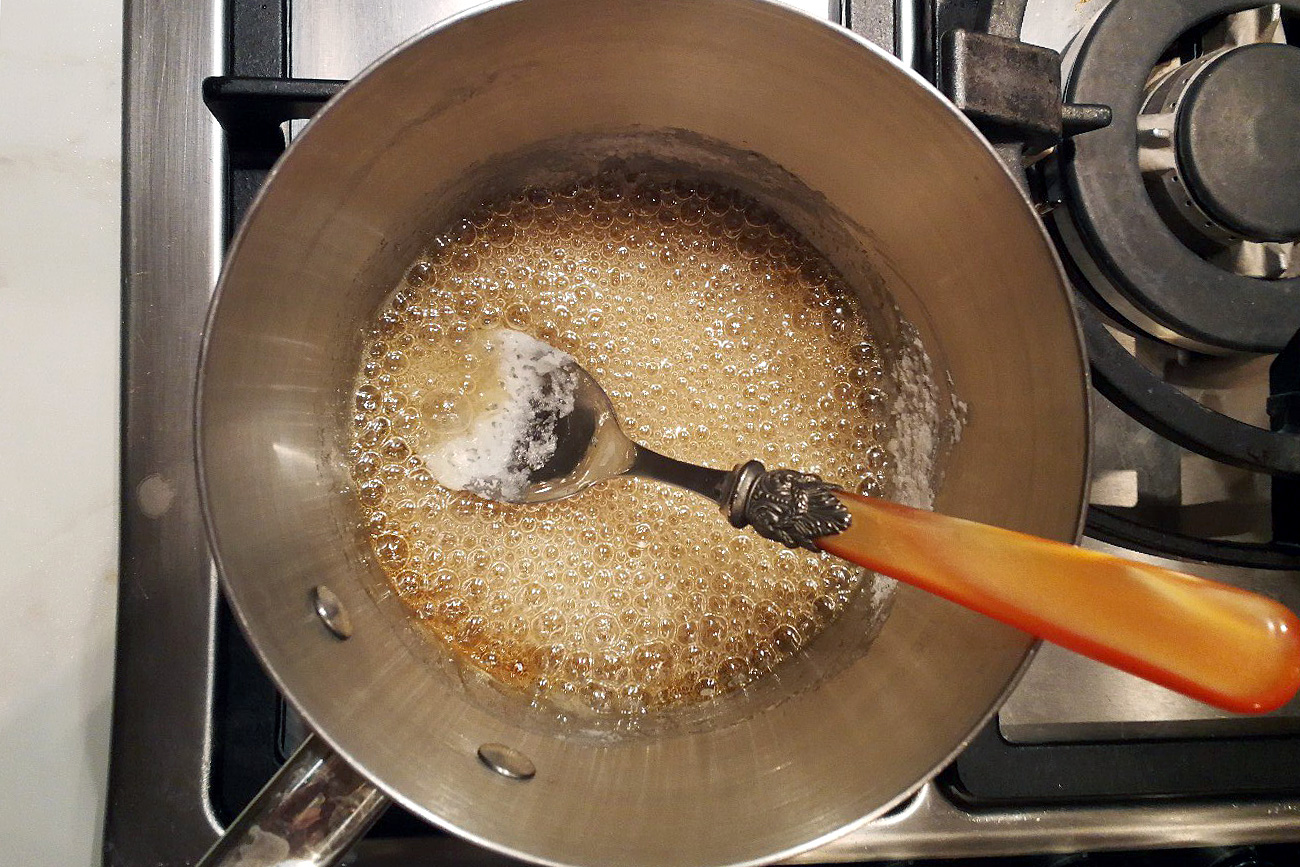 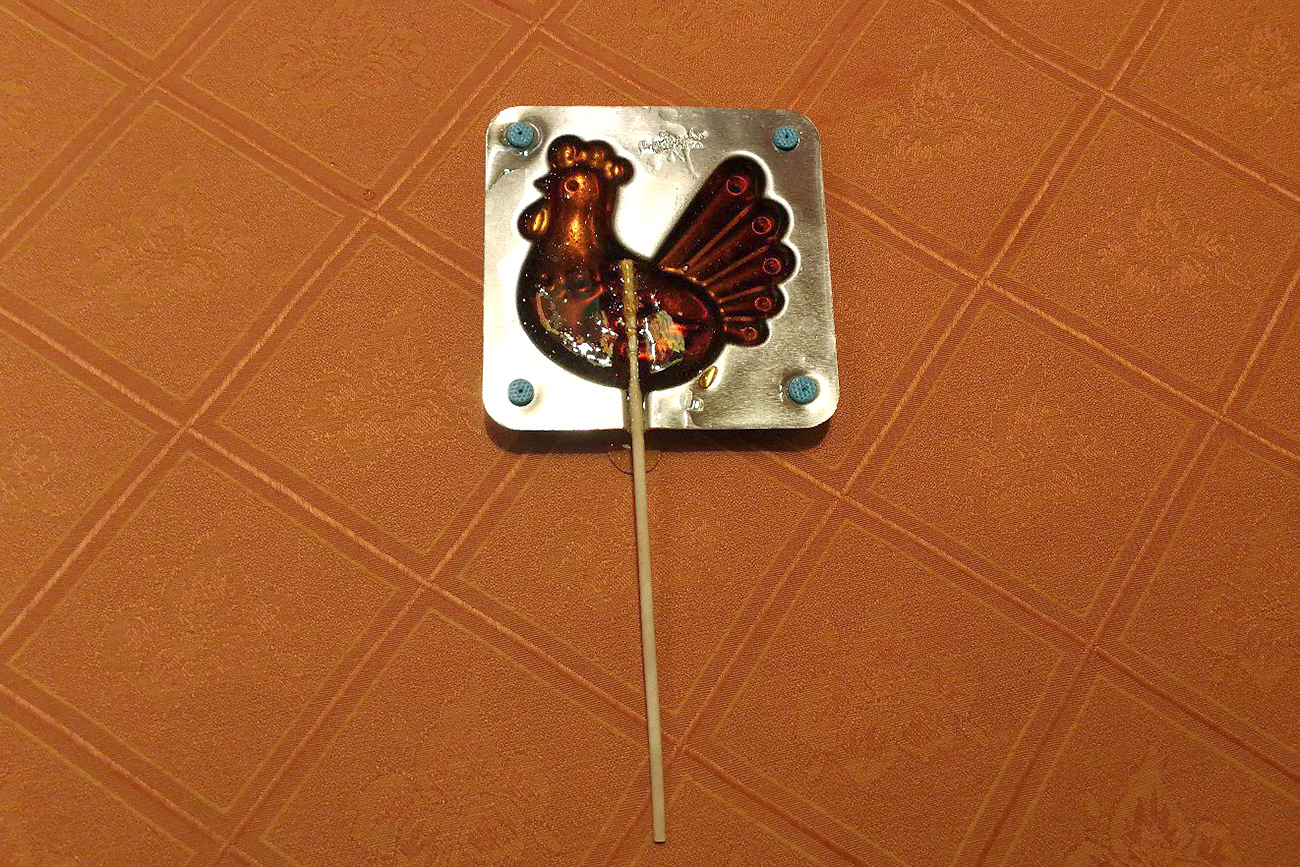 Read more: Why are men an essential 'ingredient’ to make gingerbread in North Russia?