Supercomputers made of 'magic dust': The future is unlike anything you can imagine 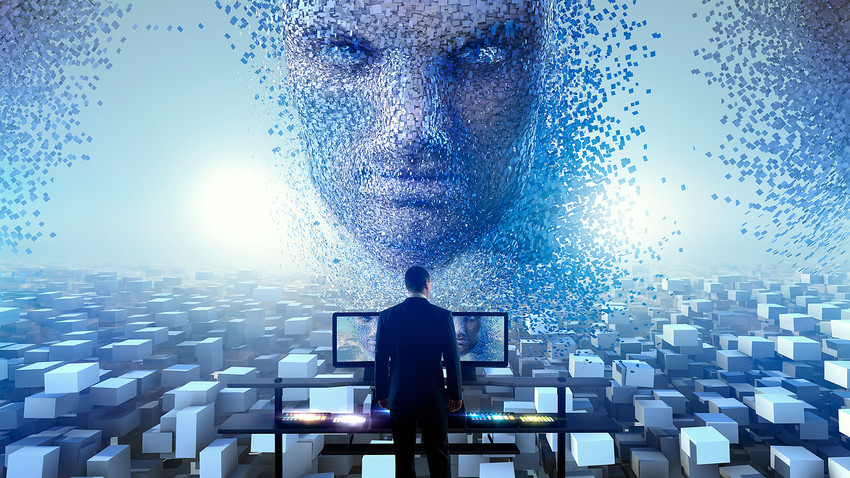 Getty Images
In our futuristic future, a new supercomputer might not even have a screen or a keyboard, but could look like “magic dust” - light and matter – so believes a group of scientists from Russia and the U.K. who want to build a microchip quantum simulator that operates at ambient conditions.

A team of researchers from Russia and the U.K. successfully demonstrated that light and matter can be used to solve complex problems, and in the future “magic dust” will be able to surpass today’s most powerful supercomputers.

Scientists from Skoltech, Cambridge, Southampton and Cardiff Universities have used quantum particles known as polaritons – which are half light and half matter – to show the way to the simplest solution to complex problems. A new type of computer could solve currently unsolvable problems in biology, finance or space travel.

The results are reported in the journal, Nature Materials.

“Our technological progress -- from modelling protein folding and behaviour of financial markets to devising new materials and sending fully automated missions into deep space -- depends on the absolute minimum number of steps that it takes to solve that problem,” researches said in a statement.

Real-life problems have many unknowns, parameters, and constraints. Professor Natalia Berloff of Skoltech and Cambridge, and the paper’s main author, admits that modern supercomputers can only deal with a small subset of such problems. “Magic dust” only shines at the deepest level, becoming an easily detectible marker of the solution.

"A few years ago our purely theoretical proposal on how to do this was rejected by three scientific journals," said Berloff. "One referee said, ‘Who would be crazy enough to try to implement this?!' So we had to do it ourselves, and now we’ve proved our proposal with experimental data."

Their “magic dust” polaritons are created by shining a laser at stacked layers of selected atoms such as gallium, arsenic, indium, and aluminium. The electrons in these layers absorb and emit light of a specific colour.

Polaritons are 10,000 times lighter than electrons and may achieve sufficient densities to form a new state of matter known as a Bose-Einstein condensate, and create a single macroscopic quantum object that can be detected through photoluminescence measurements.

The authors have shown that polaritons arrange themselves in a configuration that corresponds to the absolute minimum of the objective function.

"We are currently scaling up our device to hundreds of nodes, while testing its fundamental computational power," said Professor Pavlos Lagoudakis, Head of the Hybrid Photonics Lab at the Skoltech and the University of Southampton, where the experiments were performed. "The ultimate goal is a microchip quantum simulator operating at ambient conditions."