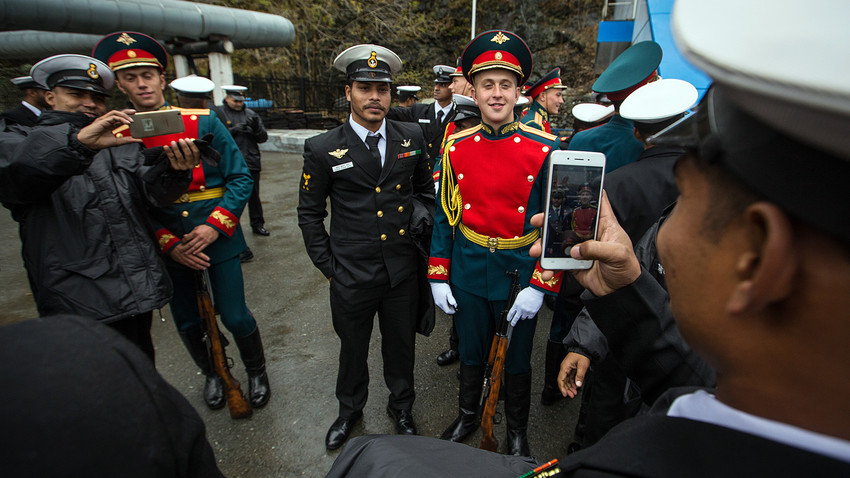 Servicemen pose at a ceremony to start Indra 2017, Vladivostok.

Yuri Smityuk/TASS
Joint forces from the two nations will practice naval blockades of potential enemy ships during ‘Indra-2017’ from Oct. 20-29.

"When the practical part of the exercise is held, the ships of [Russia's] Pacific Fleet and the Indian Navy will fulfill the tasks of organizing joint air defense at the sea crossing and creating a partial naval and air blockade of the simulated enemy," the Russian Defense Ministry stated.

Forces will also practice landing on seashores and will use artillery fire against coastal and sea targets.

The Defense Ministry also said an anti-submarine ship, two diesel submarines, and three destroyers will take part in the drills.