5 facts about ‘Kretchet’: The beast that may soon bolster Russia’s border forces 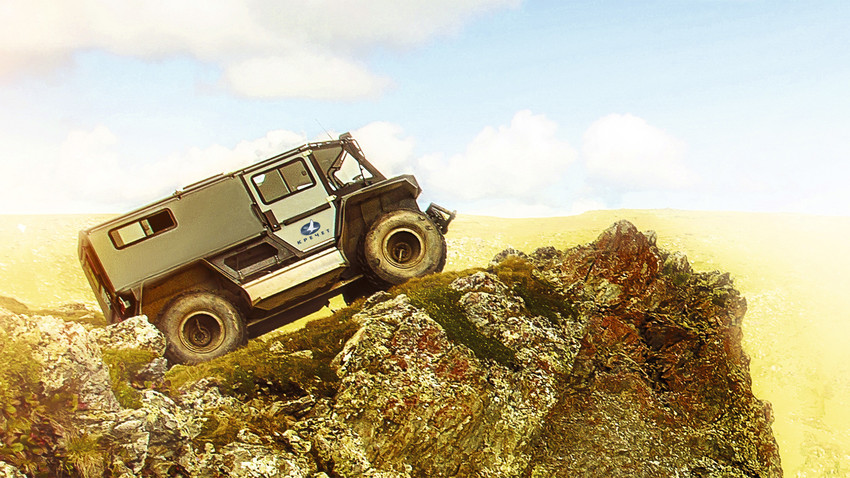 Russian manufacturers have created a two-ton monster called ‘Kretchet’ and it may soon be used to reinforce border troops in the Arctic and Far North. Russia Beyond has picked out five of the most interesting facts about the vehicle.

“Space teams use this ATV to collect their cosmonauts from landing sites in Kazakhstan as it can cross any landscape,” - told Russia Beyond one of the constructors of the vehicle Sergey Vigovsky, a member of the team who built Kretchet, told Russia Beyond. 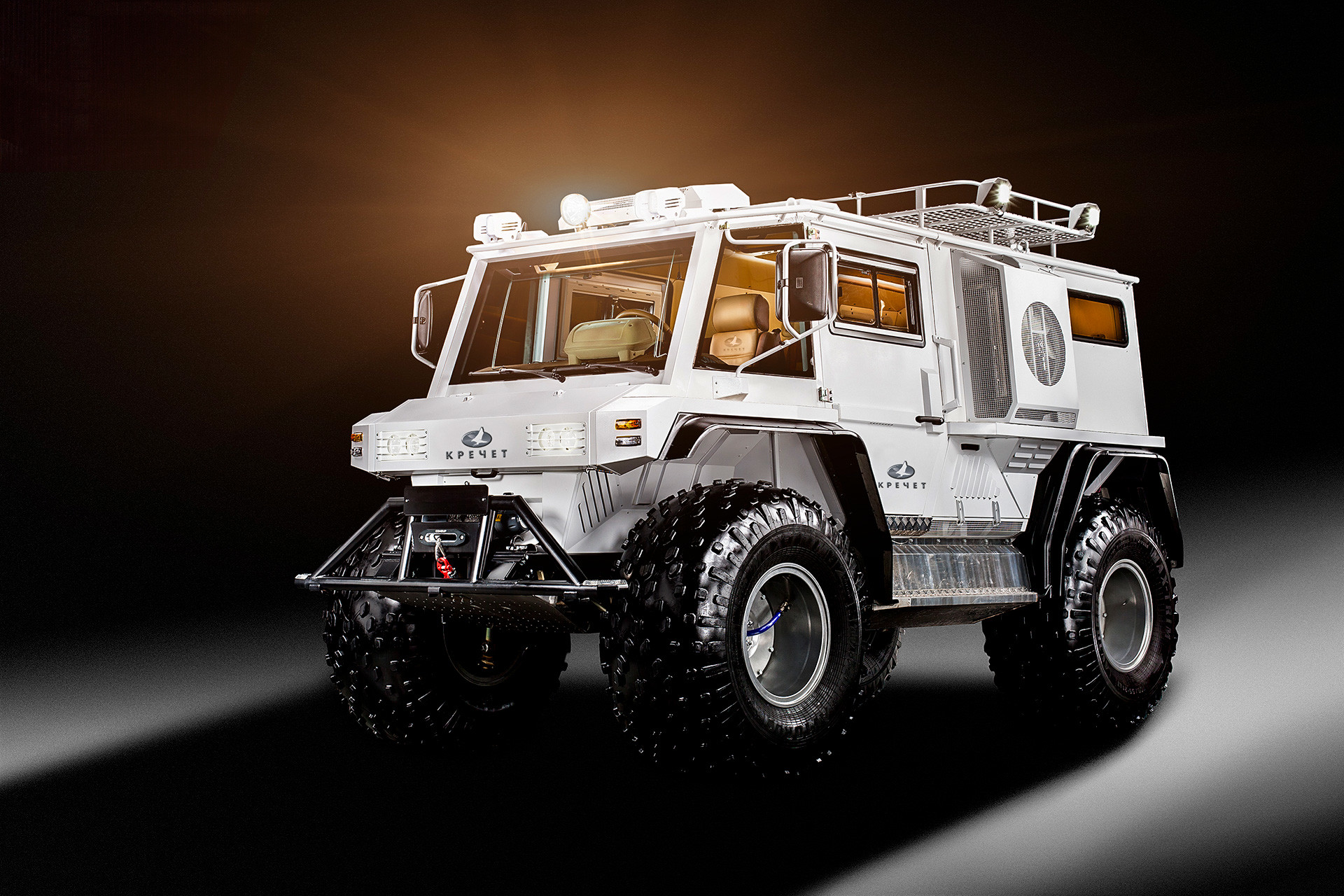 Because Kretchet is already being used by the Roskosmos corporation to pick up space crews landing on the steppes of Kazakhstan, it’s equipped with medical supplies and has advanced tech installed.

“This includes satellite communication for transactions with the base. It also allows the vehicle’s operators to see satellite imagery of the site,” explained Vigovsky. 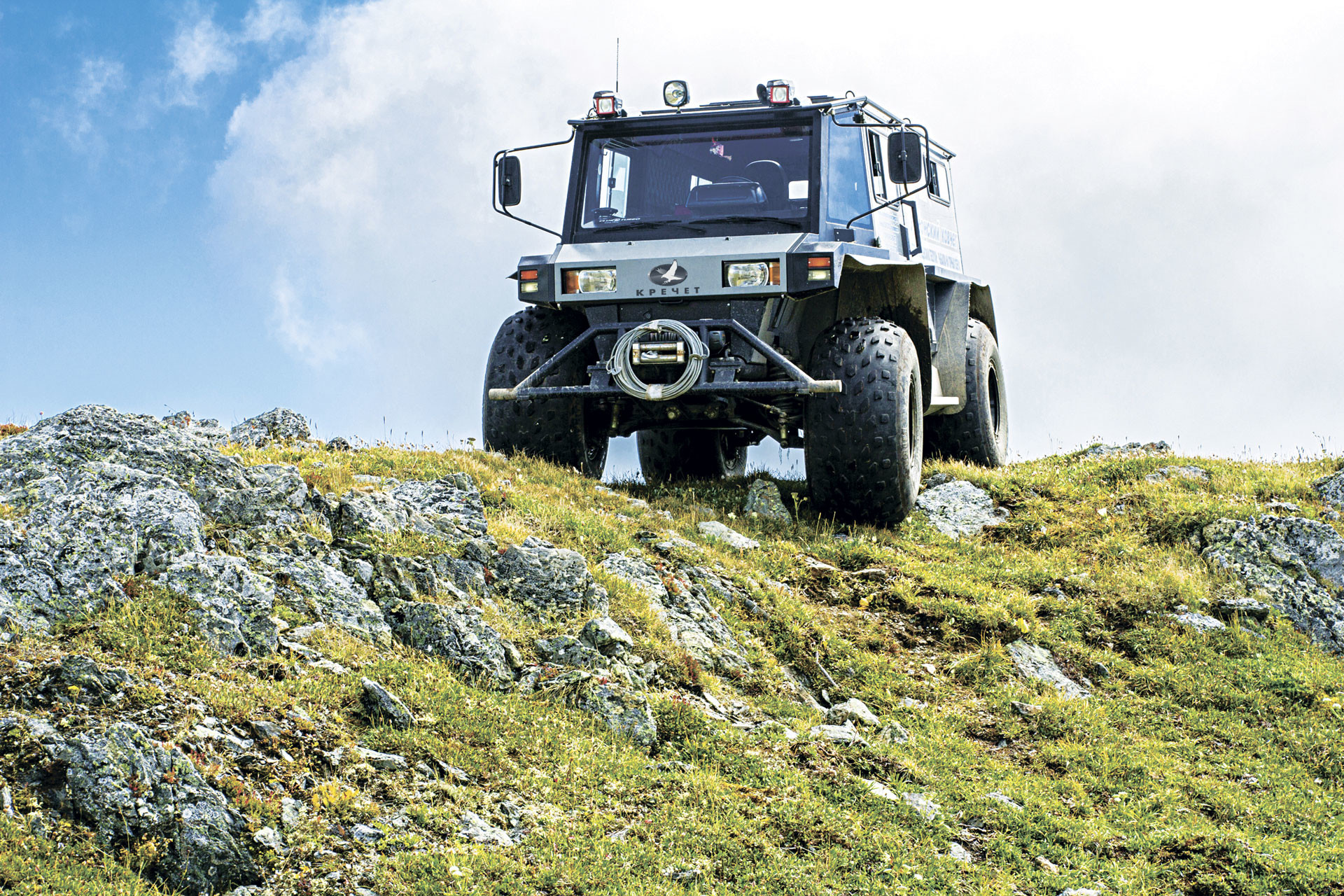 The vehicle is also being used by the country’s Ministry of Emergency Situations (EMERCOM) in the Far East. So emergency services are able to reach inaccessible locations where helicopters can’t land.

“It can conquer fallen trees, boulders, and drive uphill at an angle of 60 degrees. It can also cross rivers and swamps,” added Vigovsky.

Future of the ATM 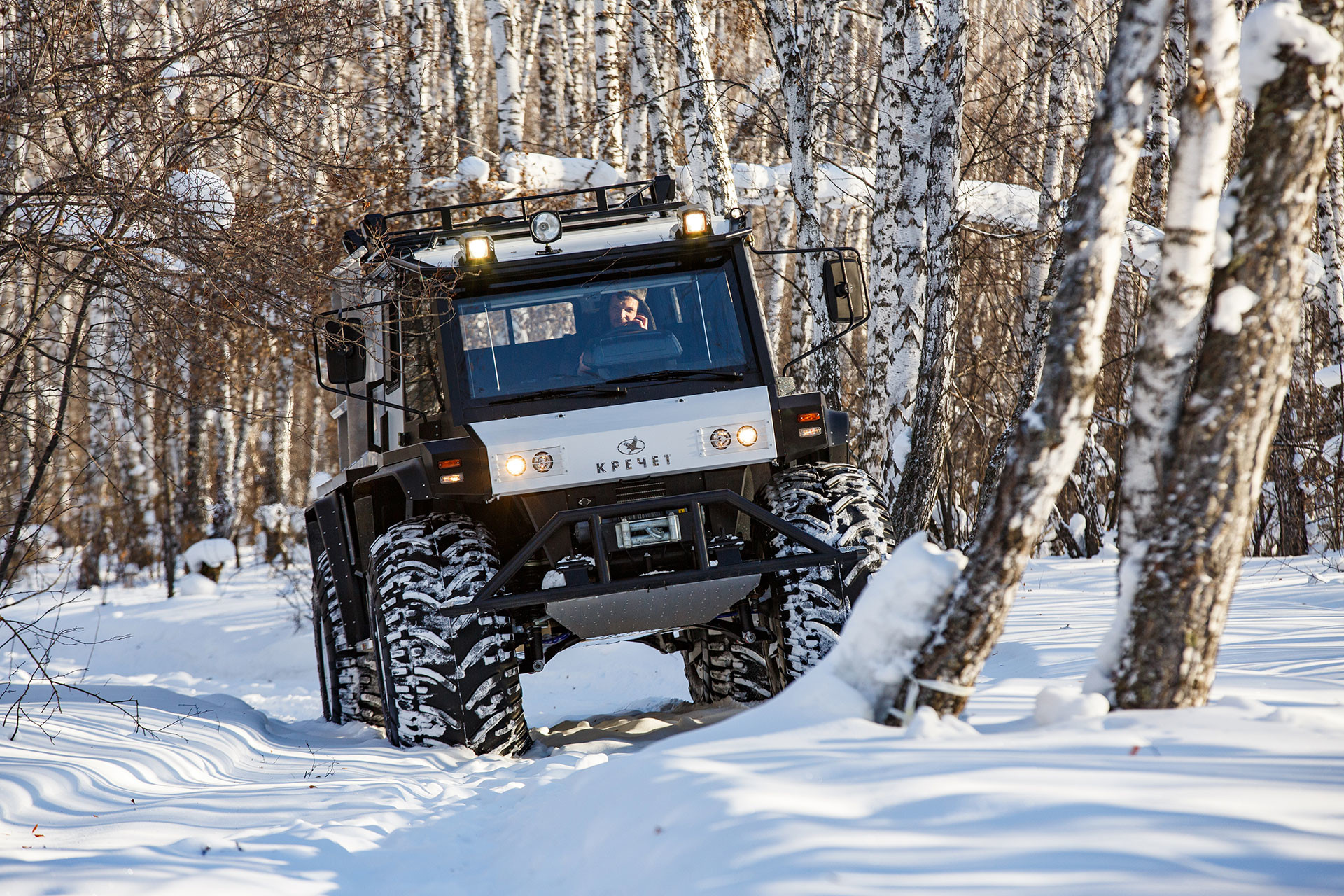 Kretchet will soon undergo military testing carried out by the Defense Ministry. It was created for all-weather conditions - anywhere from -50 to +60 degrees Celsius - so it should pass with flying colors.

“Vehicles for such forces are supposed to be light and able to cover up to 2,000 km on just one tank of fuel. This one can ride through three-meter high snow blocks at 50 km/h. If the engineers install additional armor and it passes the Defense Ministry testing, we’ll be able to see it in our Arctic Joint Strategic Command in a couple of years,” he said. 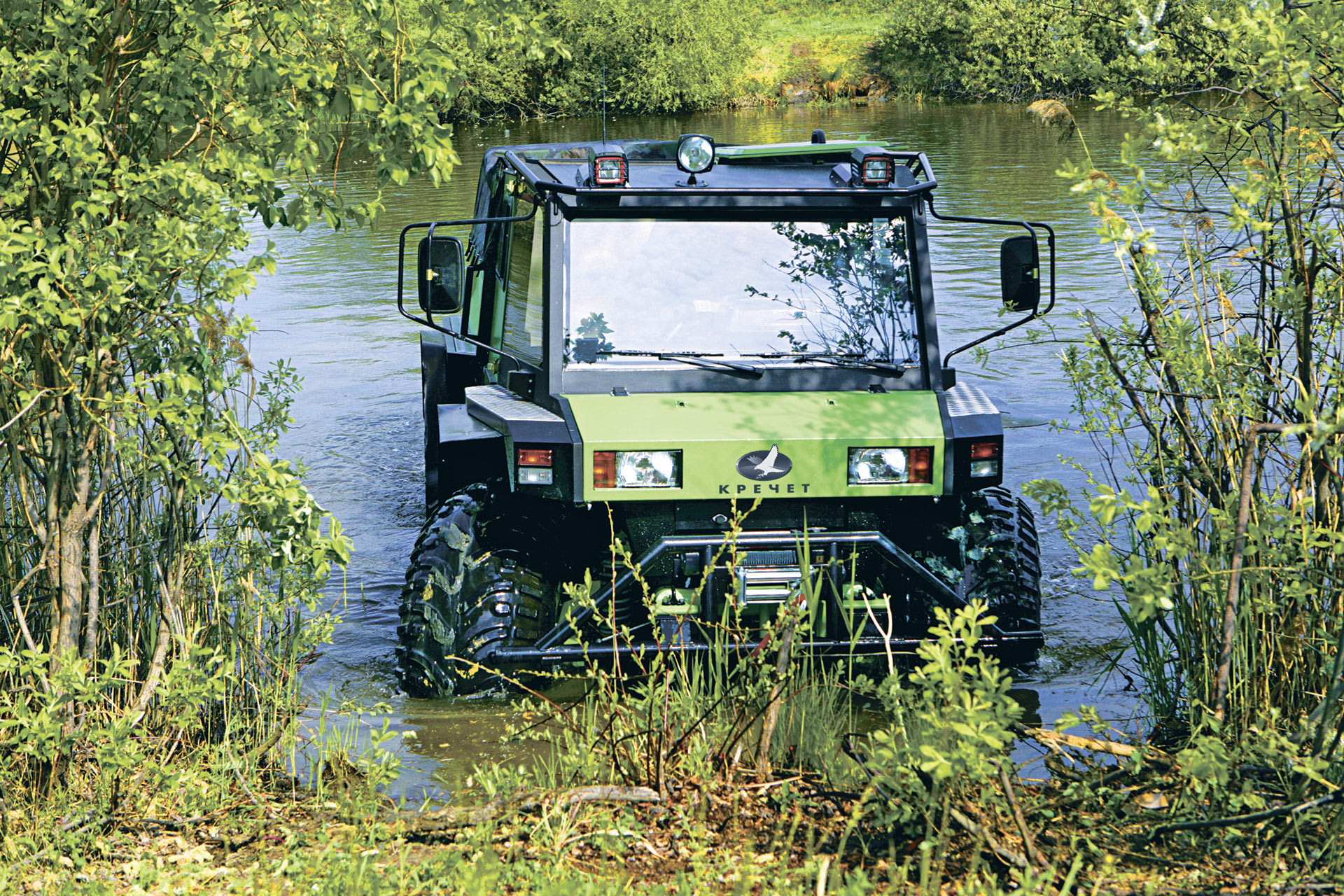 “It’s different. It will only be used for patrolling and for reconnaissance missions along the border.”