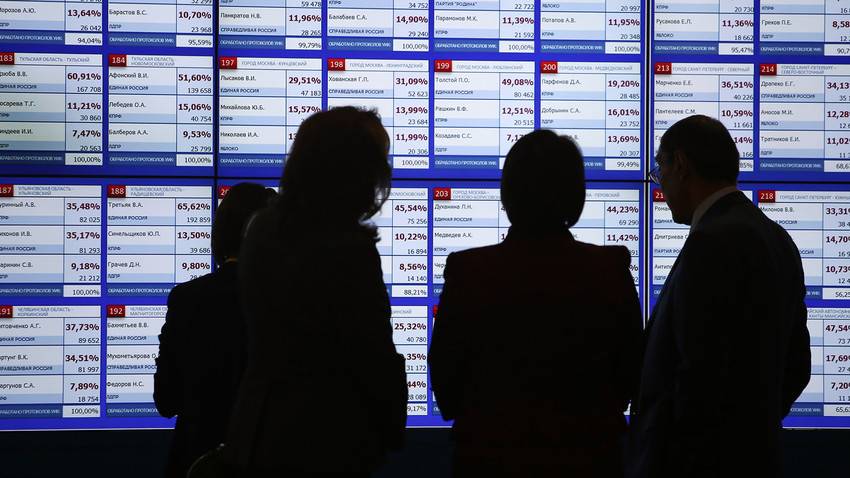 Since the introduction of Active Citizen in 2014, 1.9 million citizens have used it, and more than 87.2 million opinions have been gathered.

Andrey Nikerichev/Moskva Agency
Have you heard of dead people voting, or illegal immigrants backing a politician for a couple of bucks? Voter fraud might soon be a thing of the past: New York and Moscow are considering blockchain technology to protect election results.

Election results in the U.S. have long been marred by scandal and allegations of voter fraud, with experts now saying that John F. Kennedy’s victory in 1960 was primarily due to help from organized crime groups in Chicago who secured votes from dead people.

Today, Russia’s young democracy is also facing such challenges. Vladimir Putin has been de facto leader of the country since 1999 thanks to overwhelming electoral victories. He only stepped down from the presidency when obligated by the constitution’s limit of two consecutive terms. No significant violations have been uncovered, and Putin recently announced that he will run for re-election in 2018.

Blockchain technology, however, might improve the situation in both countries, believe crypto enthusiasts. In early December, Clyde Vanel, a lawmaker in New York, introduced a bill to study the use of blockchain to protect voter records and election results.

"New York State and the world is changing at a faster pace than ever before," Vanel said. "We as policymakers must work to provide an environment that balances innovation, and fair and open opportunities to invest, work and build in our state."

Vanel is pushing for studies around the application of blockchain for local and state elections, including the verification of voter tallies.

This week, the Moscow government also announced a pilot project to implement blockchain in its electronic voting system called Active Citizen. This is not an election system, but rather a platform allowing citizens to influence city management decisions and urban transformation.

"The introduction of this technology will make voting even more transparent," authorities said in a statement.

One of the key goals of the Active Citizen e-voting pilot is to discover what the limitations of the technology might be.

Since the introduction of Active Citizen in 2014, 1.9 million citizens have used it, and more than 87.2 million opinions have been gathered. During peak times approximately 1,000 votes per minute can be cast.

"We believe blockhain will increase trust between citizens and the government," said Artem Ermolaev, CIO of Moscow. "In the near future we aim to hit two million users who are ready to influence city life."

Previously, the votes were listed on Active Citizen’s server, and users could examine the results through website announcements only. The platform is mostly used to determine new public transportation routes and make decisions on expanding bike lanes and pedestrian zones.