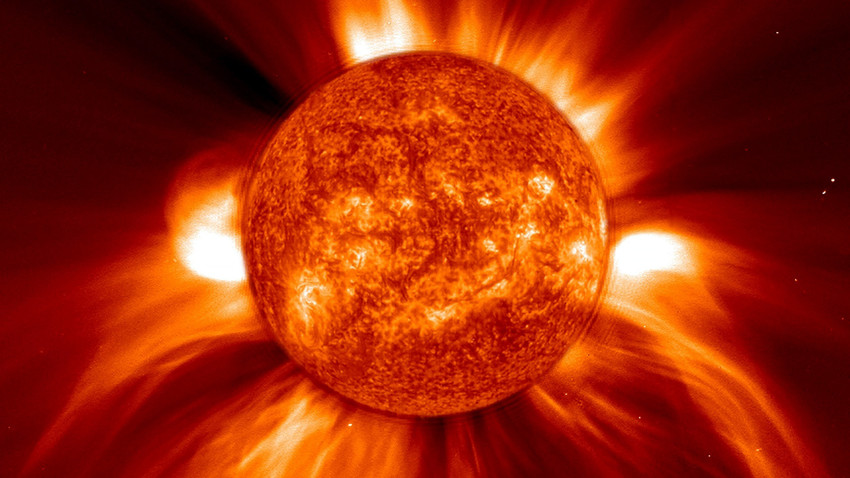 Each solar cycle has a number, and we are now approaching the nadir of the 24th cycle of solar activity.

Pixabay
A group of scientists from Russia, Austria and Belgium have developed a method of forecasting the strength of the 11-year solar cycle. The research will help us understand the Sun’s magnetic field, which affects our health and functioning of electronic devices.

Forecasting space weather is the next step in the exploration of outer space, scientists say. At the peak of its activity, the solar magnetic field is so strong that it sweeps out galactic cosmic rays from our solar system, affecting all human-built systems in orbit.

Scientists from Moscow's Skolkovo Institute of Techology (Skoltech), the University of Graz and the Royal Observatory of Belgium developed a method that makes it possible to forecast the strength of the next 11-year solar cycle far in advance of what was previously thought possible.

"Space weather is the science of the future," said Tatyana Podladchikova, a Skoltech professor and the study’s lead author. "It’s what unites us all, makes our lives better and allows us to take care of our planet."

Each solar cycle has a number, and we are now approaching the nadir of the 24th cycle of solar activity. Once the current solar cycle peaks and the magnetic poles of the Sun swap places, we’ll know how strong the next 11-year cycle will be.