RIP: Petya, the computer virus, gets a funeral in Moscow 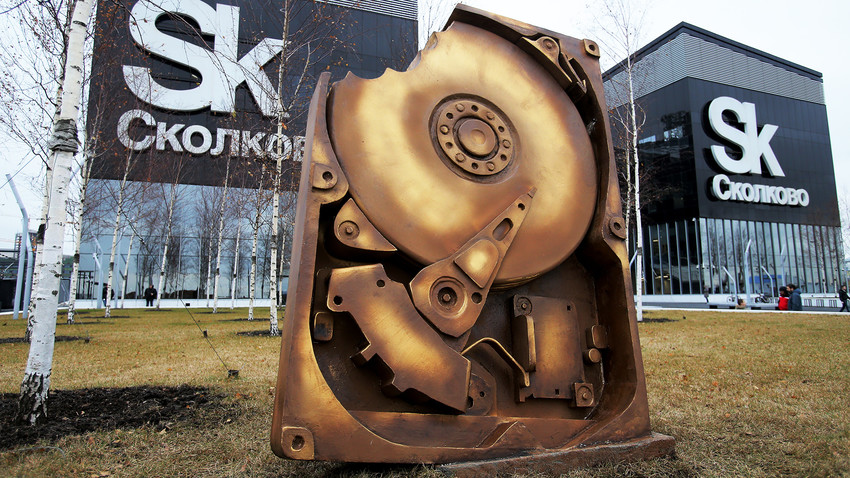 The two-meter monument, made in the form of a damaged hard disk, was created with support from companies affected by the cyber attack.

Vitaliy Belousov
Moscow’s tech scene was marked by ‘funerals’ at the end of 2017. In November, the world’s first robot cemetery opened in Moscow, and in late December the Petya virus got a ‘tombstone’ at Skolkovo Technopark.

In June 2017, the Petya virus infected computers in several countries, including Russia, Ukraine, France, India and the United States, demanding users pay $300 in ‘ransom’ to unlock their computers.

In fact, there was never any intention of restoring computers to their owners. Instead, the virus was created to wipe them clean and destroy all records from targeted systems.

Maersk, the world’s largest container shipping corporation, pharmaceutical giant Merk, and confectionary company Cadbury were among the many attacked. Total damage is estimated to have exceeded $8 billion.

A monument to the demise of the virus was installed near the building of Skolkovo Technopark, which is one of the largest in Russia. The two-meter monument, made in the form of a damaged hard disk, was created with support from companies affected by the cyber attack.

"This is a monument to the technological virus that struck and paralyzed the largest corporations in Russia, but which was defeated by mankind," said Sana Kagermazova, project manager of the Skolkovo Biomedical Technologies Cluster. "We are very pleased that this monument is located at the entrance to the technopark."

The inscription on the monument says: "Here lies computer virus Petya, defeated on 27/06/2017."