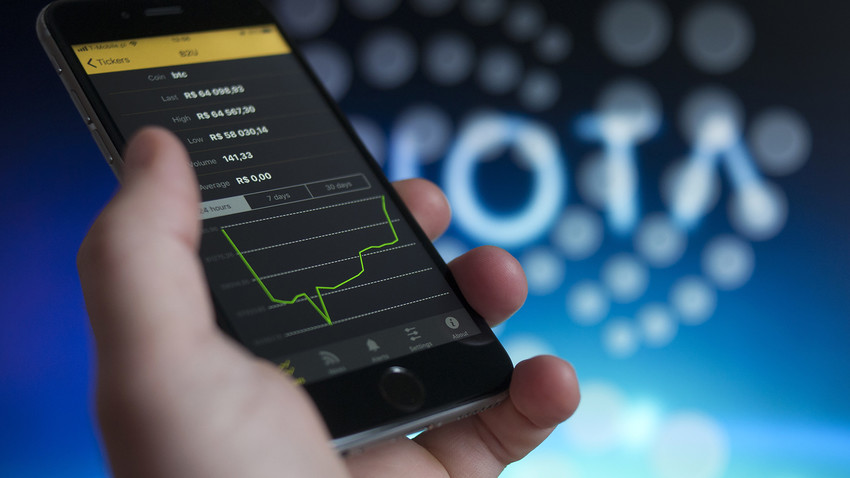 Jaap Arriens/Global Look Press
Last year witnessed the rapid emergence of the Initial Coin Offering (ICO) in Russia, with more than 1,000 new blockchain projects trying to secure funding on cryptocurrency markets. Many were successful, but others didn't fly at all. What are the expectations for the country’s booming crypto industry in 2018?

According to the Russian Association of Cryptocurrencies and Blockchain, 25 percent of projects that announced an ICO in 2017 ended in failure. Some were inherently weak from the start, while others faced internal organizational problems. By year's end, many projects were unable to reach fundraising targets.

"The number of failed ICOs can be explained by the fraudulent nature of some projects, as well as the lack of a clear plan how to develop after they would have raised the capital," said Alexander Shevtsov, founder of Jury.Online, the ICO assessment platform.

Many projects viewed raising funds on crypto-markets as a viable alternative to venture capital. is among those considered successful, although the final results will only be clear in the future.

is the universal fog supercomputer powered by the Ethereum blockchain and designed for general-purpose computing, from mobile app hosting to video rendering to DNA analysis. In June 2017 the company raised $42 million in four days.

"In its first year SONM had some good partners, and now the team is working with large market players in decentralized storage," said Julia Plavnik, an expert in crowdfunding and tokenization at BoatPilot. "The project has excellent marketing, holds open Q&A sessions, and most importantly, the team is very attentive to investors and committed to the project."

Another blockchain-based project that made headlines in 2017 was the Russian Mining Center (RMC), co-founded by Internet ombudsman, Dmitry Marinichev. The project is creating a processing unit that could increase mining efficiency tenfold. RMC raised $43.2 million, a record amount for a Russian ICO, but still far less than its $100 million .

According to Shevtsov, the end of 2017 saw a new trend: the appearance in Russia of many startups offering services to analyze ICOs.

"They are trying to reduce investor risk by identifying scammers or projects that won’t fly because of the team’s low level of experience," Shevtsov said. "They solve problems by reserving funds in smart contracts or by trust management."

According to the cryptocurrencies and digital tokens could be considered "other property," just like other types of securities. The maximum threshold for funds raised by an ICO could be limited to around $17 million, and the amount from small investors would be capped at $900.