CryptoRuble: does Russia have a viable alternative to Bitcoin? 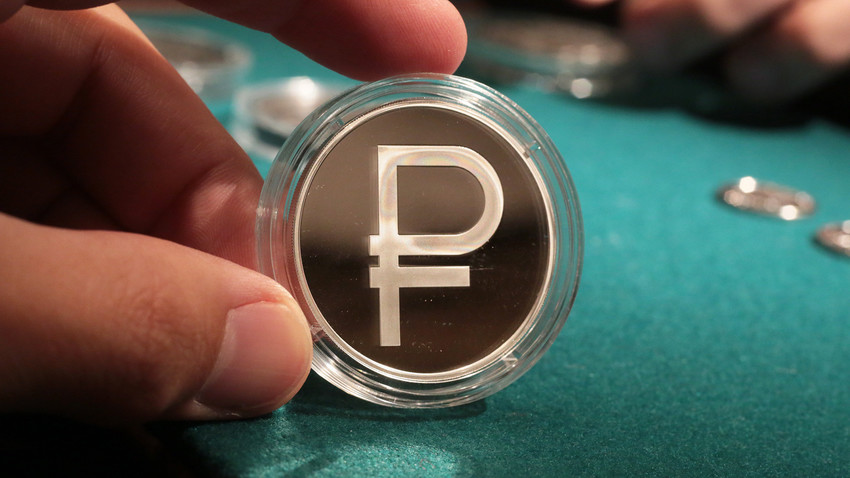 Pavel Smertin/TASS/TASS
Russia may soon issue its own official blockchain-based currency. The CryptoRuble will be fully controlled by the state and won’t have the decentralized nature of digital currencies, such as Bitcoin. Experts hope the CryptoRuble will simplify bureaucratic procedures, but blockchain enthusiasts might not support the idea of an official state cryptocurrency.

The news about the CryptoRuble was announced by Communications Minister Nikolay Nikiforov, who said that President Vladimir Putin has officially endorsed a Russian cryptocurrency that can't be mined.

“We're launching CryptoRubles for one simple reason: if we do not, then after two months it will be done by our neighbors in EurAsEC (Eurasian Economic Community - RBTH),” said Nikiforov.

CryptoRubles can be exchanged for regular rubles at any time, but if the holder can’t explain where they came from, then a 13 percent tax is levied.

Although the Russian blockchain community has mixed emotions about this development, experts are hoping for the best. Alexander Shevtsov, founder of Jury.Online, believes that a national cryptocurrency can simplify e-money turnover.

“This will make it much easier to accept payments without the need to deal with traditional banking procedures,” said Shevtsov. He believes the CryptoRuble can make transactions more transparent, easy and cost-efficient for both individuals and organizations.

There are certain risks, however, related to government control and regulation of a national cryptocurrency. “The CryptoRuble will be directly pegged to fiat money, but common cryptocurrencies are decentralized and are not under anyone’s control,” Shevtsov explained.

Eldiyar Muratov, president of the Castle Family Office in Singapore, believes the CryptoRuble will most likely be used by state companies rather than individuals.

“The main attraction of a crypto currency is its decentralization, that is, the inability to be regulated by the Central Bank or Federal Reserve," said Muratov. "Crypto is equal to anonymity, and the ruble is one of those national currencies.”

The CryptoRuble will be anchored to the real ruble by a ratio of 1 to 1. “It will not be a cryptocurrency in the usual sense, but rather another form of the ruble.”

Other experts, however, believe that the rate of the CryptoRuble could go higher than the real one. Oleg Bogdanov, chief analyst at Teletrade, said a limited emission of the CryptoRuble might create artificial demand. “For example, if Russia follows the example of Bitcoin and issues only 22 million CryptoRubles then the cryptocurrency's rate will be higher,” said Bogdanov.

According to experts, the national cryptocurrency might have a positive impact on the economy in general, but the CryptoRuble will also have many disadvantages in comparison with Bitcoin and other virtual currencies.