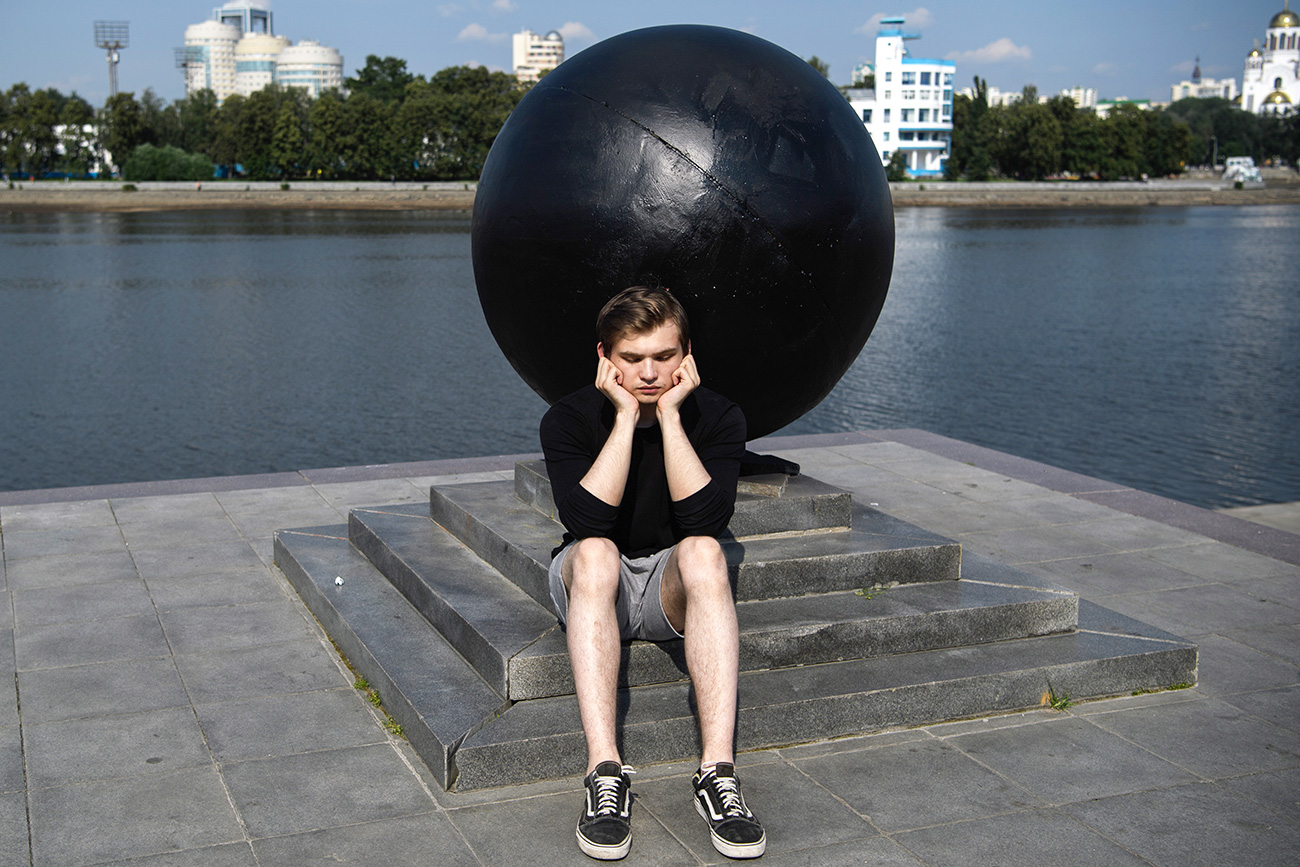 Donat Sorokin/TASS
An unremarkable statue has been adopted by street artists to portray popular culture, and this time Pikachu is not involved. 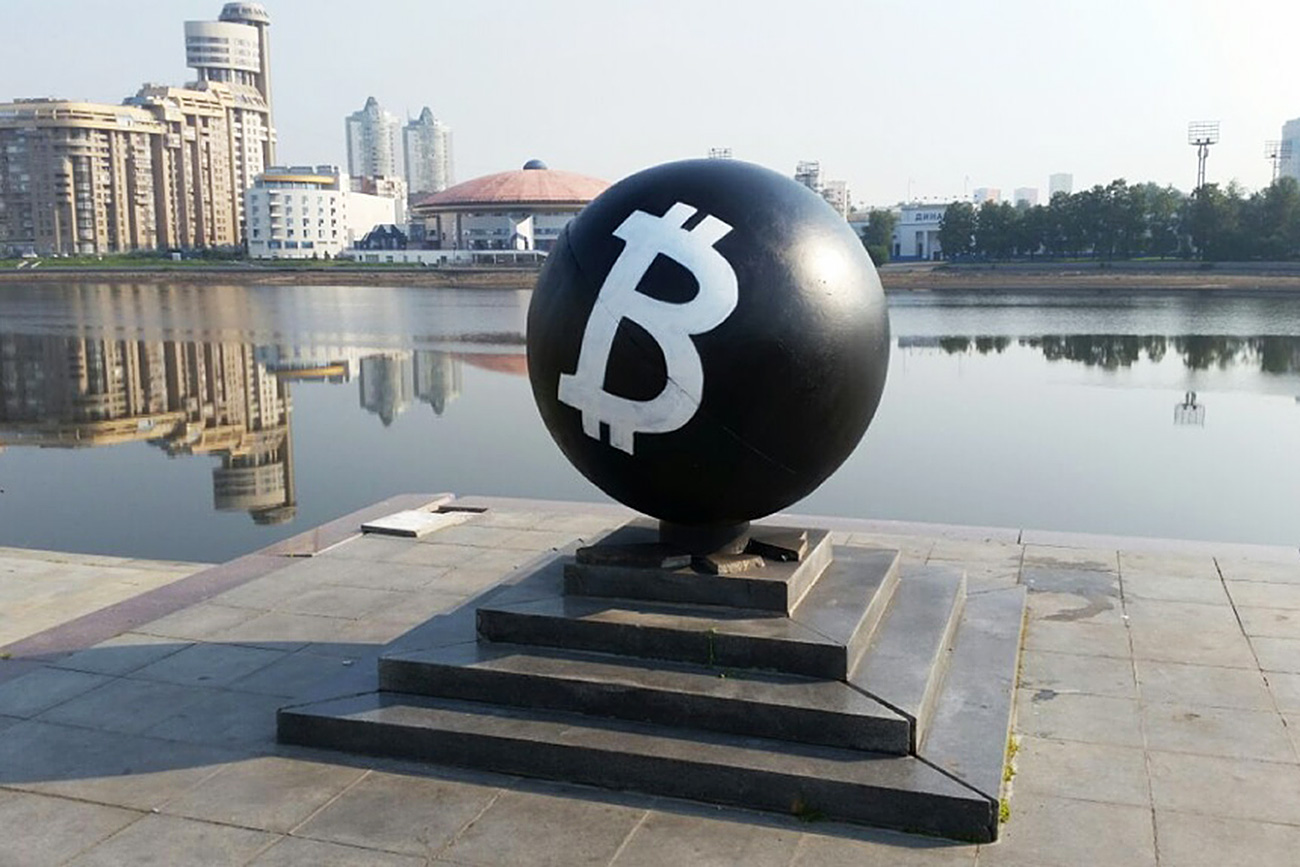 An infamous, spherical, and incredibly gloomy granite sculpture in the Russian city of Yekaterinburg has been targeted by rogue artists once again. 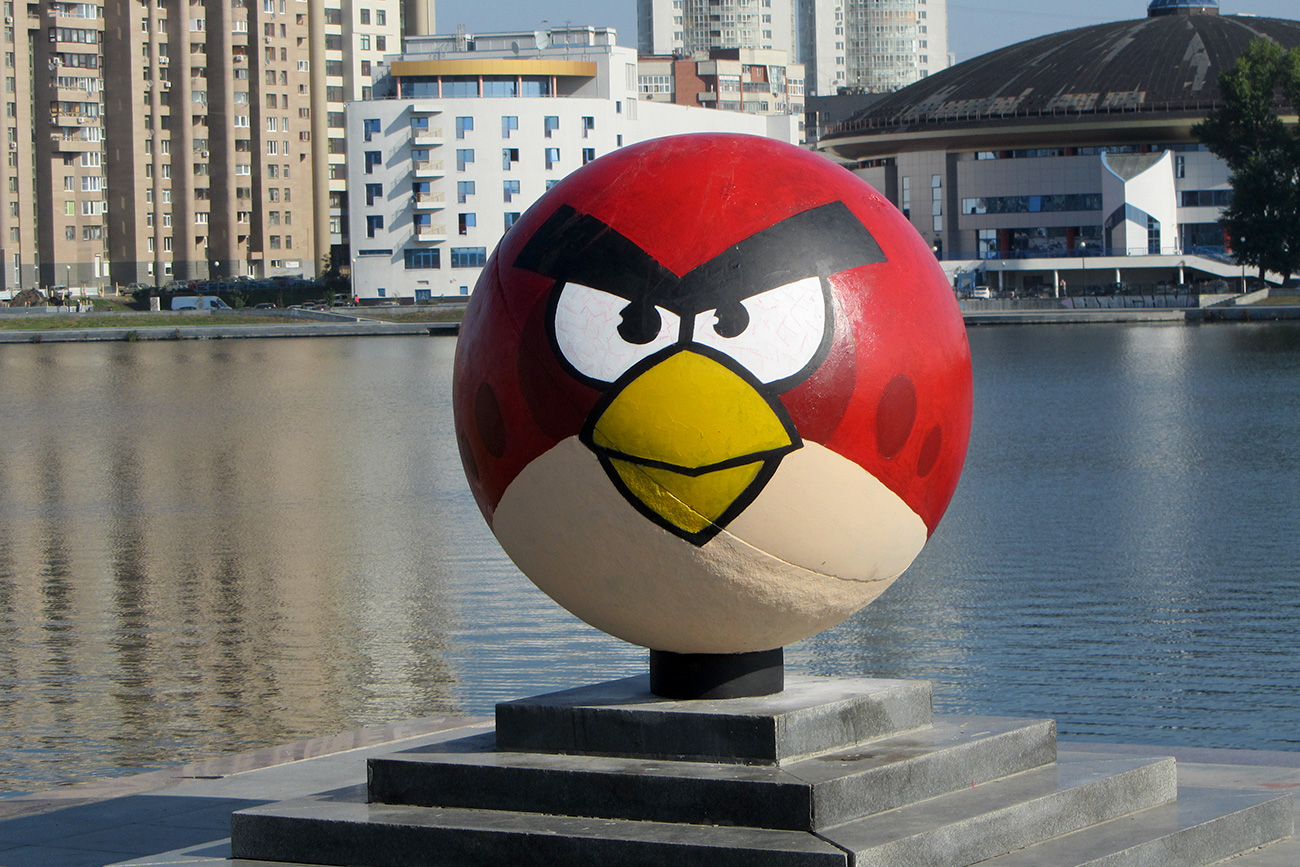 The sculpture took the form of an Angry Bird in 2013. Source: ekburg.tv

After taking on the form of an Angry Bird in 2013, and a Pokémon Go Ball last year, the statue now adorns a huge B, symbolizing Bitcoin. During the last few years, the dull form has been used as a blank canvas for anonymous painters referencing popular culture and viral video games. 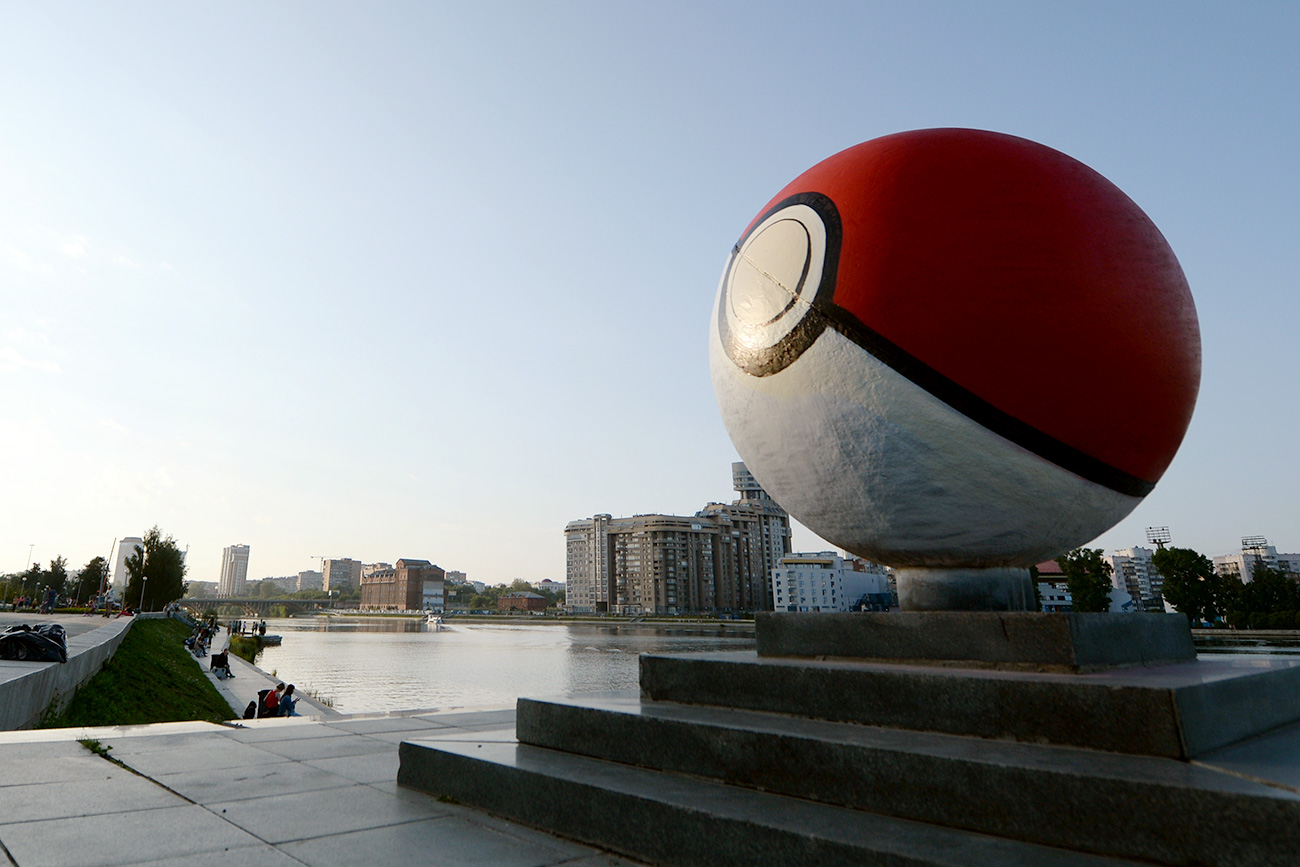 Roma Ink, a street artist from the Russian city who hides his identity, was responsible for creating the giant Poké Ball. Source: Pavel Lisitsyn/RIA Novosti

Roma Ink, a street artist from the Russian city who hides his identity, was responsible for creating the giant Poké Ball, an object used to catch the animated creatures in the hugely popular game. 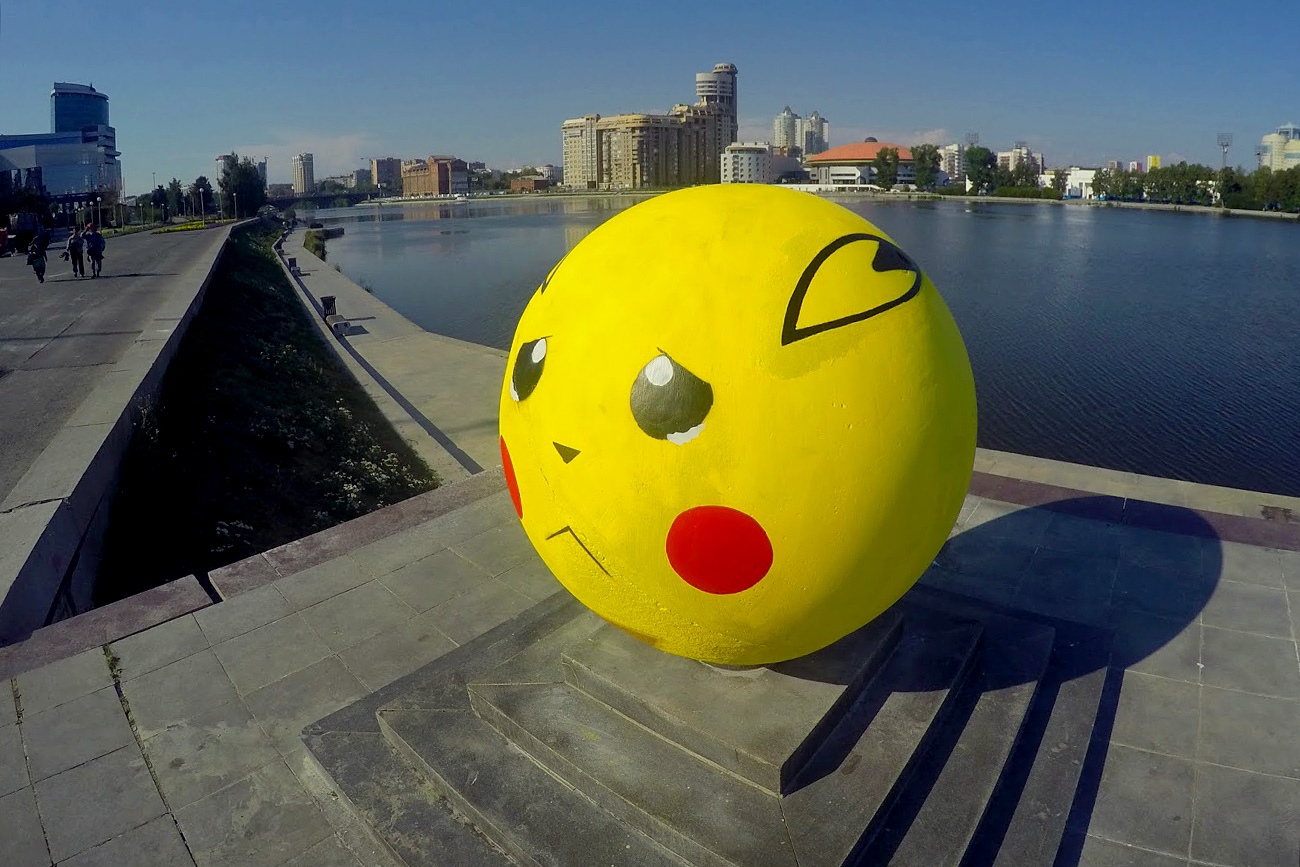 Only days after the initial artwork was scrubbed off, the granite ball received another lick of paint - this time in the form of a melancholy Pikachu. Source: Roma Ink

Surprisingly, the local authorities didn’t complain (mayor Yevgeny Roizman: “I don’t see anything wrong with it.”) but the artwork was eventually scrubbed off. However, only days later, the granite ball received another lick of paint - this time in the form of a melancholy Pikachu. 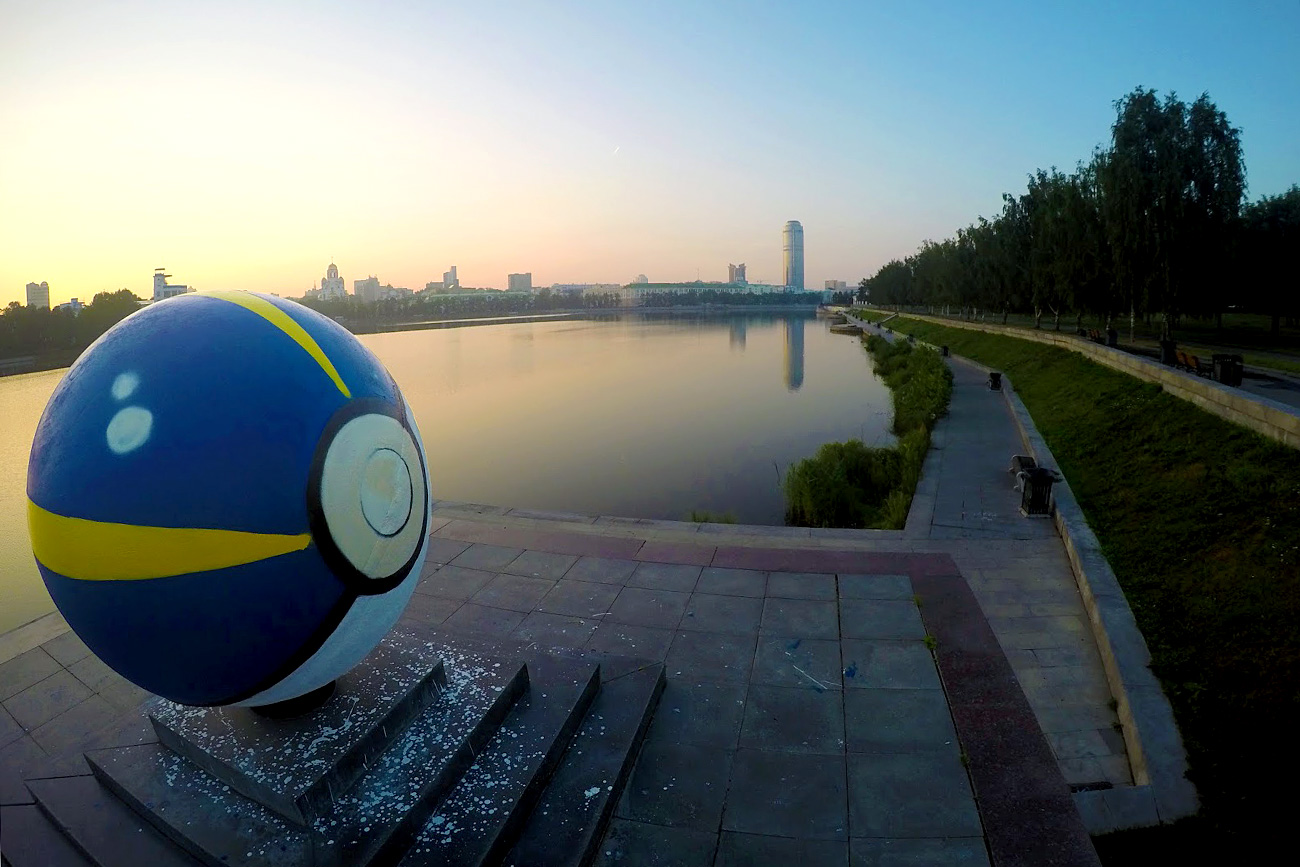 Blue Poké Ball. Source: Roma Ink
This time around, the statue represents the cryptocurrency the Russian government aspires to legalize in the near future. The buzz the government’s plans have been receiving in the mass media may have been the reason an unknown artist opted for the Bitcoin design. What do you think the ball will become next?