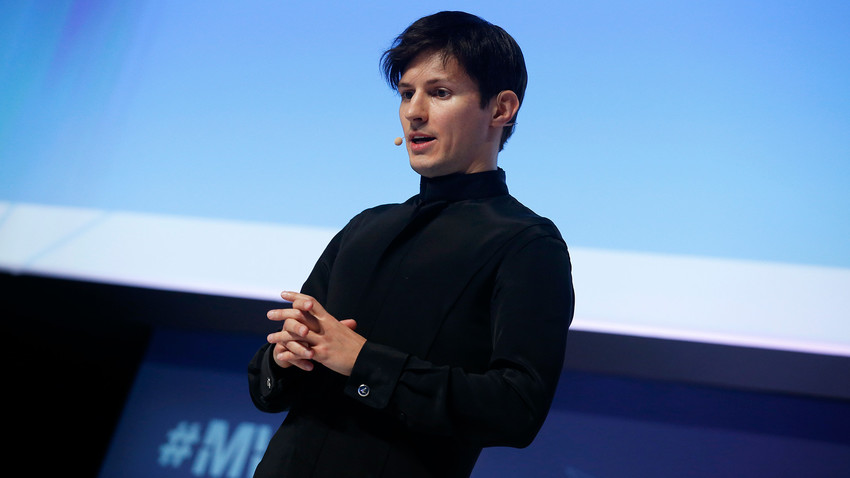 Pavel Durov, Telegram's founder, decided to capitalize on his crypto success. The app eyeing its own ICO in March and plans to raise $3 to $5 billion.

Reuters
It doesn’t matter if you’re from Oklahoma or Vietnam; if you invest in Bitcoin or other cryptocurrencies then most likely you’re on Telegram. Well, the app finally plans its own ICO (Initial Coin Offering), and it’s going to be huge, with the company planning to raise $3 to $5 billion in March.

The news that Telegram plans its own ICO was not much of a surprise. In the past year the app became the most popular place to socialize for the global crypto community. Almost every blockchain-based business has its own private chat on the app. The new crypto groups have been springing up on Telegram like mushrooms after the rain.

Pavel Durov, Telegram's founder, decided to capitalize on his crypto success. If you didn't have a chance to read Telegram's White Paper, here are five ways this ICO might change the world of crypto.

1. Establishing the first mass-market cryptocurrency. Although Bitcoin is good as an investment, and Ethereum is efficient for token crowd sales, there is no standard cryptocurrency used by people in everyday life. Telegram promises to create a truly mass-market decentralized counterpart to everyday money that could also replace VISA or Mastercard. In the first quarter of 2018 the service is expected to hit 200 million monthly users, which would be enough to push for widespread adoption.

3. Securing user identity on blockchain. Because the majority of crypto enthusiasts already have active Telegram accounts, the app will offer a secure universal ID. After passing verification once, users will get a virtual passport to log onto services.

4. Creating a new marketplace. The blockchain-based Telegram Open Network will include millions of members of public group chats and broadcast channels. Some have several million subscribers. Creators of such channels currently try to monetize them by posting advertisements. After the ICO, Telegram will launch an ad exchange where parties interested in promoting their projects can connect with the relevant channel owners.

5. Encouraging new decentralized apps and services. Originally a messaging app, Telegram is striving to become a platform that hosts Internet-based content. Users will be able to unlock news or subscriptions for small amounts of crypto payment. Developers will be able to build apps and services on top of the blockchain platform that Telegram is planning to create. One of the project’s main goals is "to be a gateway to blockchain-based projects for the masses — similar to Google Play and the App Store."