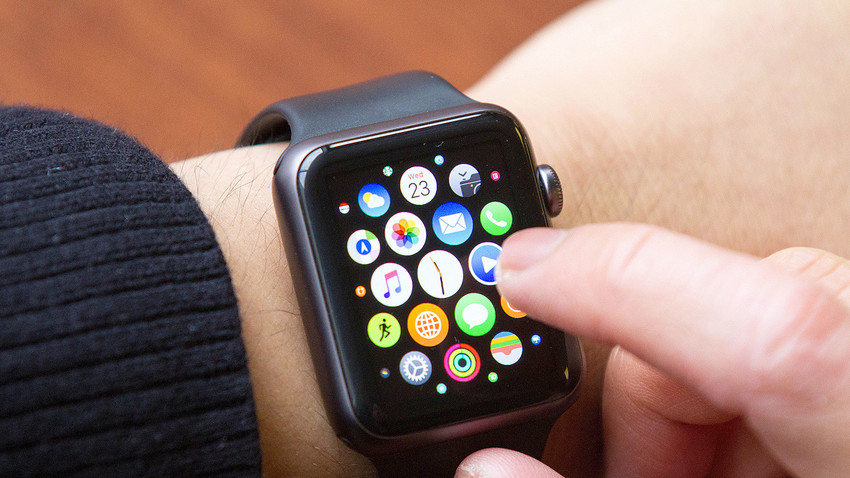 The global haptic market - the technology associated with the sense of touch - is expected to grow to $20.4 billion by 2025, and new devices need new solutions.

Lars Hagberg/Global Look Press
New research is a game-changer that could give us advanced wearable devices. A team of scientists have discovered a revolutionary means to improve the optical and electrical properties of carbon nanotubes.

The potential of our gadgets, including smartphones and tablets, are nowhere near where they should be. The biggest challenge is touchscreen, especially when it comes to refresh rate, response time, and power consumption.

The global haptic market - the technology associated with the sense of touch - is expected to grow to $20.4 billion by 2025, and new devices need new solutions.

A team of scientists at Skolkovo Institute of Science and Technology (Skoltech) in Moscow thinks that films made of single-walled carbon nanotubes can replace their metal oxide counterparts in electronics.

The transparent metal oxide films currently used in the industry have several drawbacks with reflection, brittleness, and the high cost of raw materials. In comparison to metal oxide films, those made of single-walled carbon are flexible, durable and chemically stable.

The opto-electrical characteristics of carbon nanotube films, however, need to be improved. To that end, the Skoltech team used 'doping,' the act of coating a surface with a thick liquid, to change a material’s electrical and optical properties.

"We used gold chloride as the most effective dopant for the single-walled carbon nanotube films," said Skoltech PhD student Alexey Tsapenko, lead author of the study. "We were able to improve the opto-electrical properties of the films by optimizing the doping solvent and conditions."

Scientists successfully developed single-walled carbon nanotube films that match the opto-electrical characteristics of their metal-oxide counterparts. The results of the study were published in the scientific journal, Carbon.