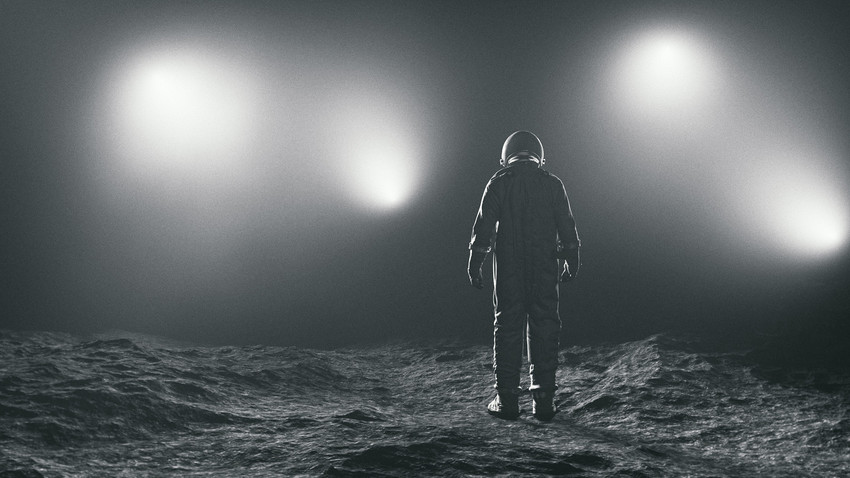 Space travel is totally alien to our species. Leaving the planet’s gravity obviously will have serious impact on our bodies, and people might be subjected to another stage of evolution in space

Getty Images
If we travel to distant planets will we become mutants, resistant to radiation and a scarcity of oxygen? Russian scientists are studying the blood samples of cosmonauts, and their research will help develop new medicines for the first space travelers and possibly prevent dangerous mutations.

Something unusual happens to humans in space. Since our body becomes confused in zero gravity, it tries to compensate by turning on defense systems. The immune system struggles to deal even with minor pathogens, says Professor Evgeny Nikolaev of Moscow-based Skoltech.

Over the past year he’s been researching blood samples of Russian cosmonauts to understand how humans adapt during space travel. If Nikolaev is successful, his research might lead to new drugs to help the human body function properly and avoid mutations on the way to Mars and other planets.

Space travel is totally alien to our species. Leaving the planet’s gravity obviously will have serious impact on our bodies, and people might be subjected to another stage of evolution in space, believed Oleg Gazenko, the scientist who was in charge of the Soviet program that sent animals into space. He speculated that spacefaring humans will eventually look different: taller, with extremely oblong faces and long arms.

In space, blood flow and oxygen consumption change, and the spine stretches. Gravity gives cosmonauts 'baby feet': heels become pink and tender. This is the good news. The bad news is radiation and its impact on human health. The only way to deal with this problem is to develop new medicines, but there are many issues that need to be addressed.

Scientists, for example, researched what happens to a human eye on the way to Mars. "If there is no protection, then the dose of radiation will cloud the lens and vision will be lost," Nikolaev said. "Special antioxidants must be developed to prevent these processes."

Nikolaev’s team studies these changes at the molecular level to determine which processes should be blocked in order to prevent irreversible damage.

Scientists decided to focus on proteins because they are key factors in the body’s adaptive processes. During the first stage of research, Nikolaev’s team determined levels of 125 proteins in the blood of 18 Russian cosmonauts who had completed long-duration missions to the International Space Station. Now he is researching blood samples taken in space.

Humans have more than 20,000 proteins and many might affect our bodies during space travel. It’s impossible to research all of them, so Nikolaev’s team is focusing on metabolites, which are small molecules and a product of metabolism.

The secret life of cells

"Synthesis of metabolites in the body is linked through the so-called pathways of reactions - proteins are associated with them," Nikolaev explains. "If we have the data about changes in certain metabolites in the blood during space travel, we can determine which proteins should be changed."

Metabolite analysis can be done at the International Space Station: scientists need only dry blood samples. Cosmonauts can collect them on pieces of thick paper.

"These samples will return to Earth with information about temporary changes in blood," Nikolaev said. "Modern blood analysis allows extracting metabolites from these samples and analyzing them with a mass spectrometer."

Once the target proteins are identified, scientists will be able to determine the processes that lead to irreversible changes in cosmonauts in space.