Science & Tech
Ksenia Zubacheva
Russians have come up with many brilliant ideas, but due to economic conditions, a weak legal and patent system, as well as a lack of consumer demand, these ideas never became widespread in the Motherland.

While historical records show that inventors for centuries pondered how to make a parachute, the first viable parachute was invented by Russian actor and playwright Gleb Kotelnikov. His backpack parachute is now used everywhere in the world.

The idea to come up with a safe and effective parachute came to Kotelnikov after he witnessed the death in 1910 of one of the first Russian pilots, Lev Matsievich, who fell from 400 meters after his plane broke up in the air. The actor had been interested in engineering since he was a child, so soon after the tragedy he applied his skills and knowledge to create a system to carry a parachute folded on one’s back and which opened in the air when needed. 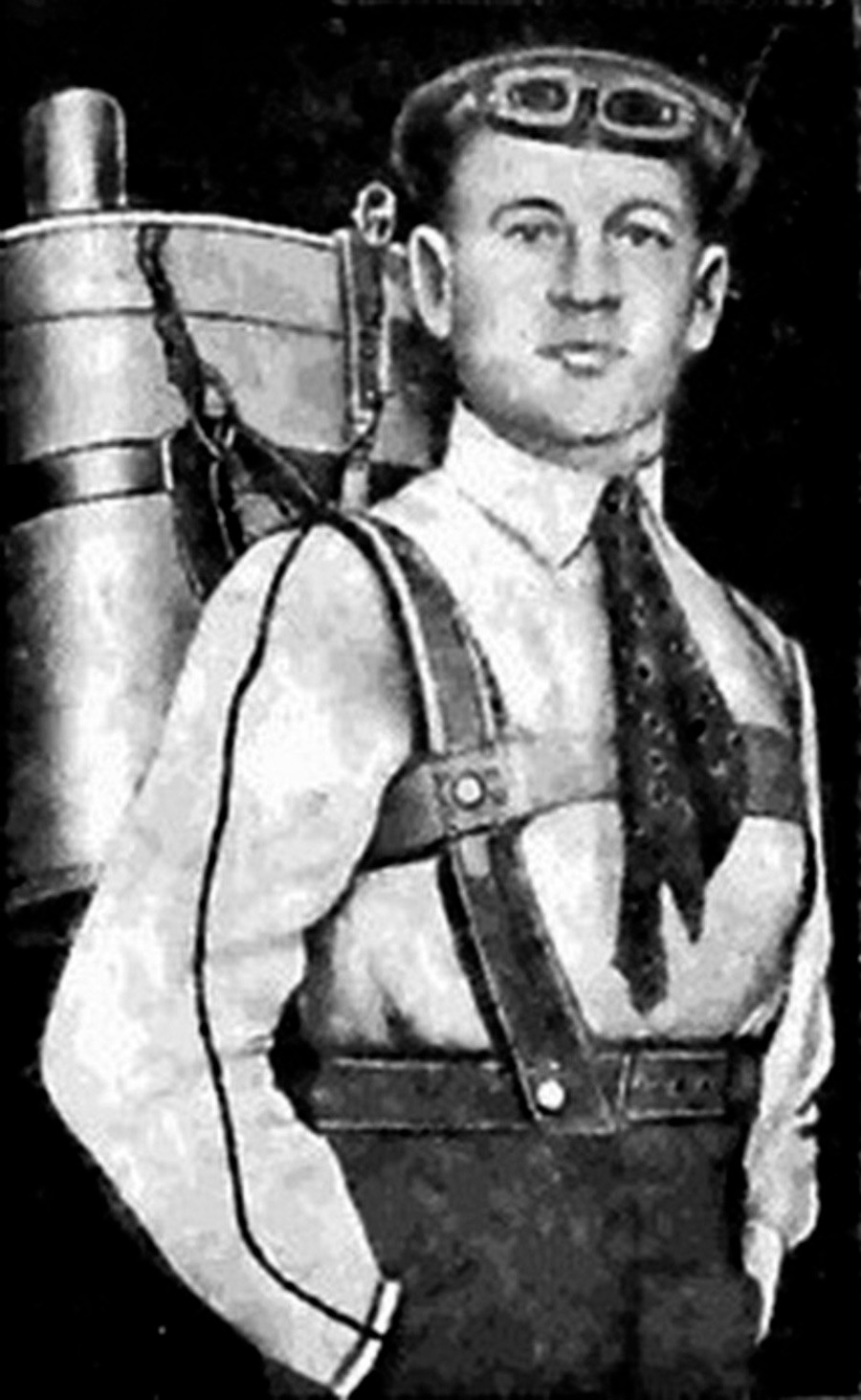 The tests were successful, but the state and the army showed little interest, so the inventor decided to sell his parachute to France, where it was a huge success. In Russia, Kotelnikov’s invention got the government’s attention only with the onset of war in 1914, and even more so after the 1917 Revolution. In 1923, Kotelnikov made additional improvements on his parachute. He died in 1944 at the age of 72, but for decades he had seen how his invention had made a positive difference not only for Russia but for all humanity.

While it’s generally accepted that the first photographic film was made in 1885 by the founder of Kodak, George Eastman, in fact, Russian inventor Ivan Boldyrev did it a few years earlier, in 1878.

Born to a poor Cossack family in the Rostov Region, Boldyrev had been interested in mechanics since childhood. At the age of 19 he moved first to the city of Novocherkassk, where he started working in photography, and later to St. Petersburg where he worked as a photo editor and assistant to a photographer. 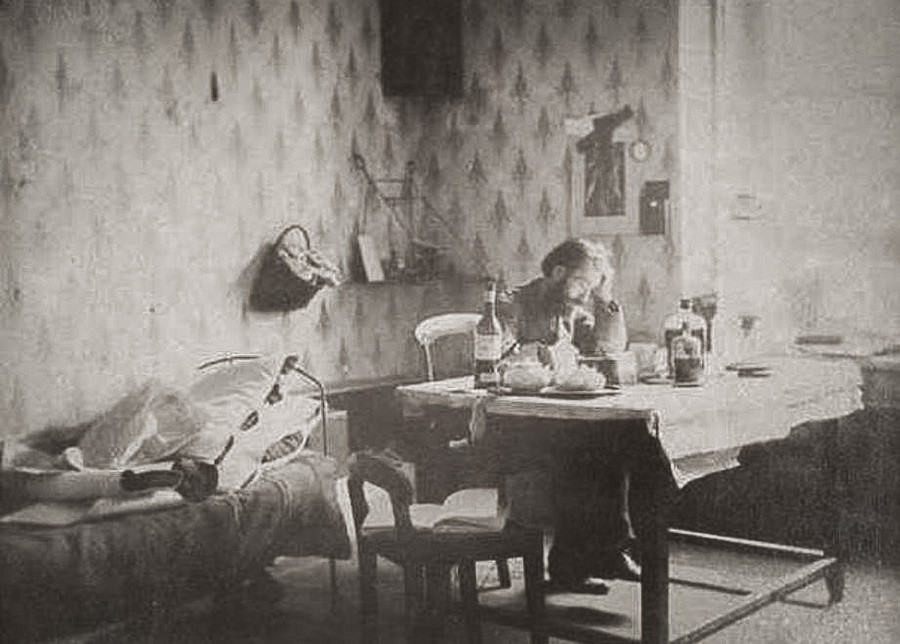 Mastering the art of photography (check out some of his works), he couldn’t resist but come up with certain improvements. First, he invented a short-focal lens that surpassed existing analogues in terms of aperture and angle, and later came up with a photo film that was a better alternative to heavy and fragile glass plates used by photographers at that time. His film wasn’t only lighter and easier to carry, but could even withstand boiling water. Unfortunately, his revolutionary film didn’t get much attention at the 1882 exhibition in Moscow, and everything ended soon after.

3. A lathe with a mechanical cutting tool supporting carriage 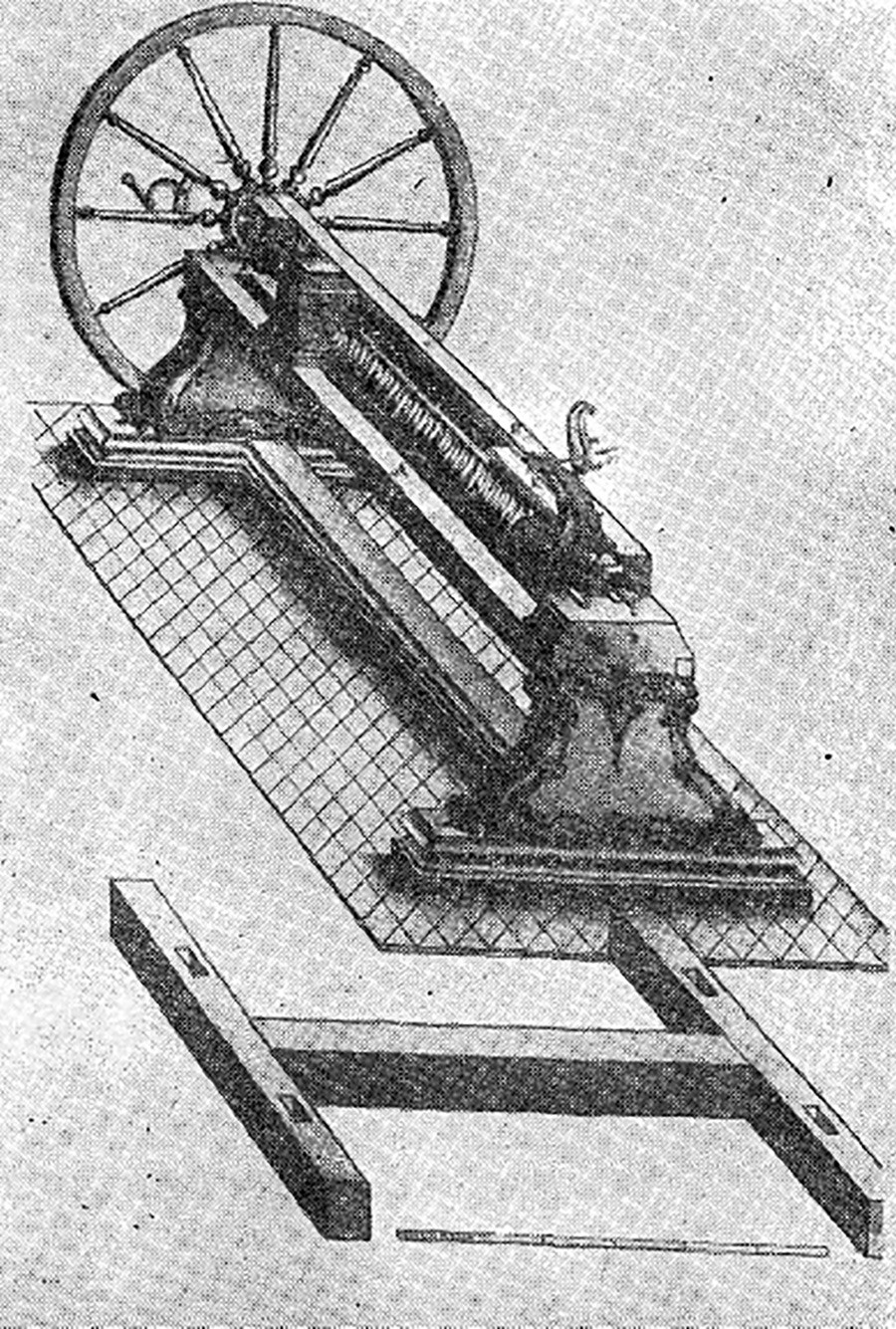 The first screw-cutting lathe was patented in 1800 by British inventor Henry Maudslay, who  is considered to be the founding father of machine tool technology. His inventions were an important factor for the start of the Industrial Revolution.

Maudslay, however, started to develop his lathe in the 1780s which is decades later than when Russian inventor Andrey Nartov created such a machine, which was described in his 1755 book. It remains unknown whether Maudslay knew about Nartov’s inventions, but it’s possible that he could have seen a Russian lathe exhibited at that time in Paris.

Born to a middle-class family, Nartov was a talented engineer who had studied at the Moscow School of Mathematics and Navigation, and in 1712 he caught the eye of Peter the Great. Over the years he became his personal craftsman, travelling all over Europe where he studied, exchanged ideas and presented the lathe. In 1724, he suggested that Peter create the Russian Academy of Science, of which he was a member since 1735.

The inventor came up with 36 different machine tools over the course of his life, and he even planned to publish a book describing all of them, but in 1756 he died. Many of his inventions survived, including a circular quick-firing battery, which can be found both in the Hermitage Museum and in the Museum of Arts and Trades in Paris. 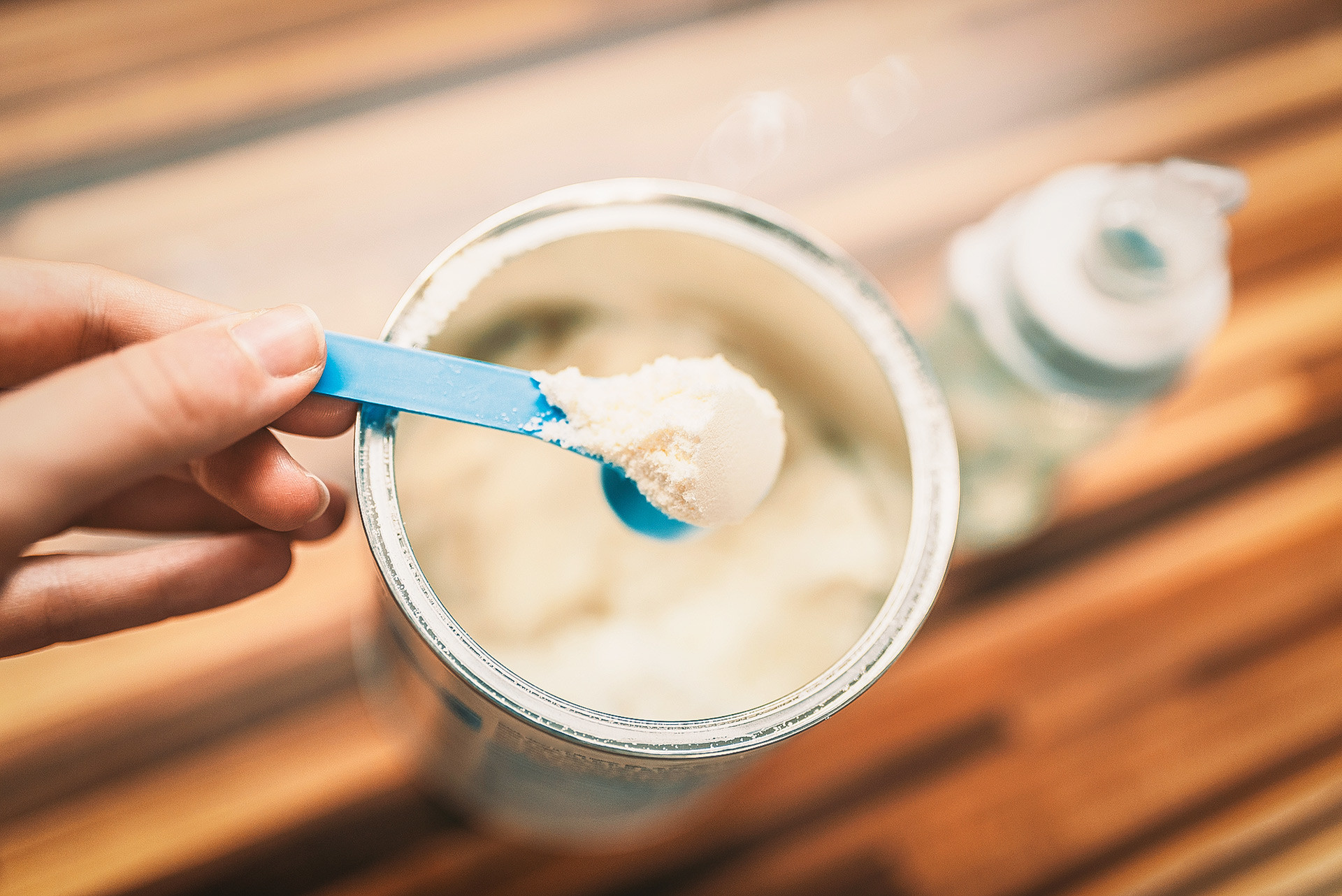 Even though there was mention of a product resembling dried milk in Marco Polo’s stories from Mongolia in the 13th century, the know-how remained largely unknown and was not taken seriously. Only in 1802 did Russian doctor Osip Krichevsky discover the first modern process to make dried milk, allowing to preserve its useful properties and increase its shelf life.

At that time Krichevsky worked in the city of Nerchinsk in the remote Zabaykalsky Region – a place far from St. Petersburg that was originally founded as a place of exile for convicts. Krichevsky was one of the few doctors working there, struggling hard to help those in need, but lacking medical supplies. Milk was one of the healthiest items that he had to feed the people, but it didn’t last long. Thus, the doctor looked for ways to increase its shelf life. So, he came up with a technology to make powdered milk by evaporating the water from it.

Unfortunately the inventor died in 1832 and never saw how his innovation eventually reached St. Petersburg. Many years later it reached Europe, where British inventor T. S. Grimwade patented the technology in 1855. 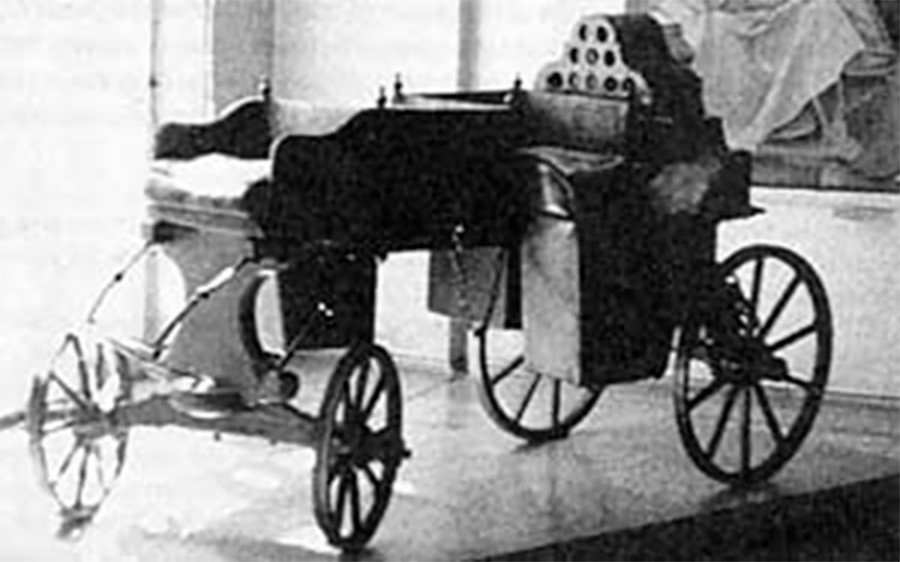 In 1752, the peasant and self-taught inventor Leonty Shamshurenkov created the first four-wheel, ‘self-propelling carriage,’ a prototype of the first car. The invention not only brought him fame, but practically saved his life. At the end of the 1730s, Shamshurenkov filed a complaint against the local governor for embezzlement of state funds, but corrupt officials instead put the inventor in jail. If it wasn’t for his creative mind, he might have spent decades rotting behind bars.

In 1741, Shamshurenkov came up with the idea for a ‘self-propelling carriage’ that would be driven by two “coachmen,” but it took 10 years for his idea to gain the attention of state officials. He was invited to St. Petersburg, and with government funding the project was successfully implemented. The inventor received 50 rubles as a reward, and he started thinking about potential further improvements; for example, a special “watch” to show the distance traveled, as well as plans for a ‘winter carriage.’ These ideas, however, never received state support.

Even though Shamshurenkov’s carriage predated that of famous French inventor Nicolas-Joseph Cugnot, who presented his vehicle in 1769, the Russian inventor’s name was never known worldwide. 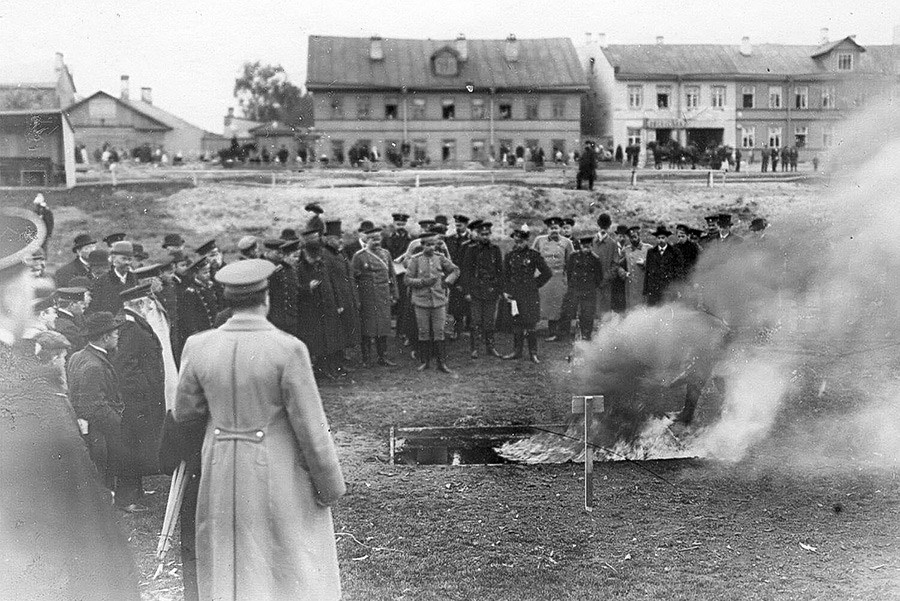 Foam is the most effective way to fight fires, but until the early  20th century this wasn’t known, and fires were instead fought with water or soda-acid. Only in 1902 did a chemistry teacher in Russia invent a foam extinguisher that’s still used today.

Born in Kishinyov (now in Moldova), Alexander Loran studied both in St. Petersburg and Paris, and became a school teacher in the city of Baku, a center of the Russian oil industry in the first half of the 20th century. Having witnessed many oil fires that were hard to extinguish, Loran looked into ways to come up with a substance that could effectively fight such ferocious fires.

After several experiments he found a solution, inventing a foam that he called “Lorantina.” Later, he patented it, not only in Russia but also abroad. With time, Loran established a company in St. Petersburg, and started selling fire extinguishers under the Eurica brand.