Will Russian robot take on shooters in American schools? 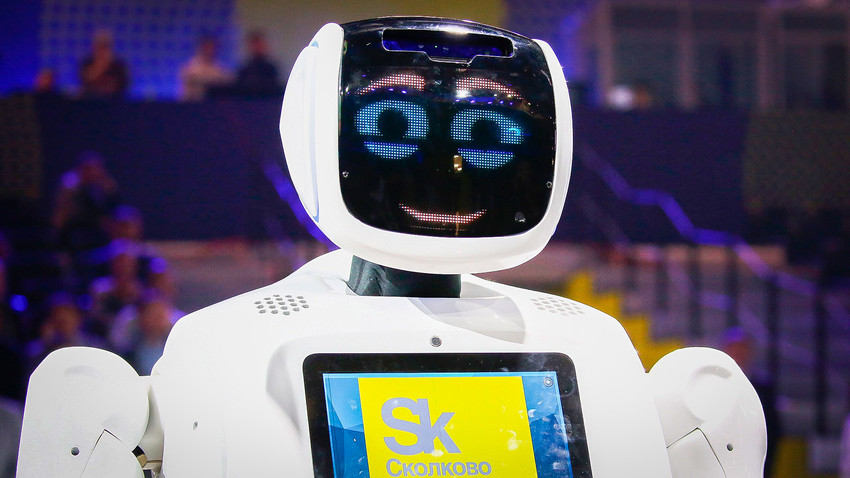 For now, the robot has trouble recognizing guns that are hidden, but by the end of the year developers are planning to introduce an infrared camera to increase recognition quality.

Promobot
A school in Cleveland is considering the purchase of a Russian robot to protect children. Developers say that it can identify whether or not a person has a gun. But can it really help stem the growing tide of violence in U.S. schools?

Until recently, Promobot, which was developed by a startup from the Russian city of Perm, has been working mostly in supermarkets. The robot can move autonomously, helping people with navigation, as well as interact and respond to questions.

This summer, however, the robot cast an eye on the American market. More than 2,800 machines will be supplied to the U.S. in the next five years, and schools are one of the main consumers.

Guns are a huge problem in U.S. schools, and according to CNN, a shooting takes place at least once a week. Promobot, however, is billed as a way to combat the violence because it can help to identify a weapon. According to the Russian startup, negotiations with U.S. schools are currently ongoing.

“One school in Cleveland is interested, and we are discussing the matter,” said a Promobot representative.

If the robot sees a weapon, it will send an alert and push-up notification to police and parents. For now, the robot has trouble recognizing guns that are hidden, but by the end of the year developers are planning to introduce an infrared camera to increase recognition speed and quality.

The company said Promobot’s electronic components are already manufactured in the U.S.

In addition to identifying threats, the robot can be used for educational purposes. The company said Promobot is able to communicate and carry a conversation.