Can a Russian robot forecast the winner of the Super Bowl? 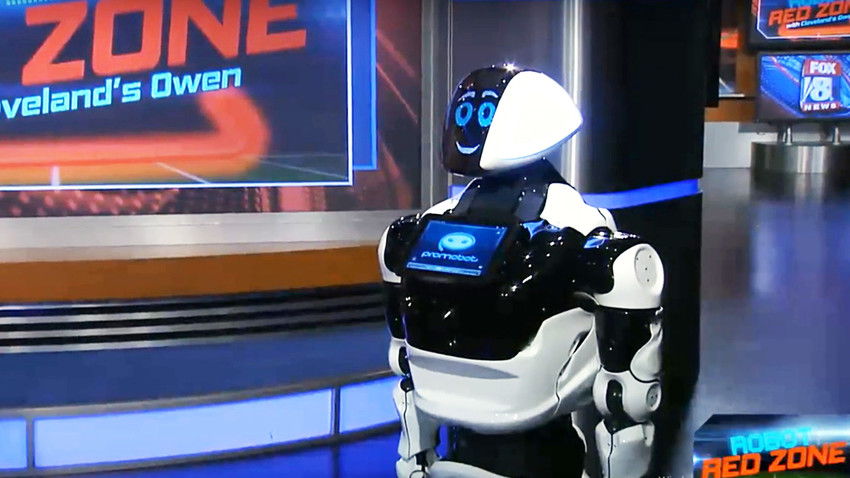 Promobot, a robot created by young developers from the Russian city of Perm, will be the host of sports news on Channel 8, a Fox-affiliated television station. Over the next 16 weeks, the machine will comment on football games and predicting their outcome.

“As much as it pains me to go against my boys, I have to give the game to New Orleans, but I am hoping I am wrong,” said the high tech robot on Fox 8 News. His name is Owen, and he probably knows what he’s talking about.

The robot, which was created by the Russian startup, Promobot, is using neural networks to analyse the results of the previous season in order to forecast this season’s matches. The robot’s artificial intelligence (AI) was developed by U.S.-based Intellitronix, a startup partner company.

Alexei Yuzhakov, CEO of Promobot, said Intellitronix managed to improve the robot’s software. “Thanks to our universal robotic platform, any customization of a wide range of applications is possible,” Yuzhakov said.

Neural networks that help predict match results is not the only improvement. Previously, the U.S. company developed a weapons recognition system allowing the robot to identify hidden guns in American schools.

According to Promobot founders, the new presenter will try to forecast not only the winning team, but also the score and the game’s best player. In addition to these predictions, the robot is also able to support a conversation with other TV hosts and even crack a joke.