‘Crop duster’: The Soviet airplane marvel that can even fly backwards (PHOTOS) 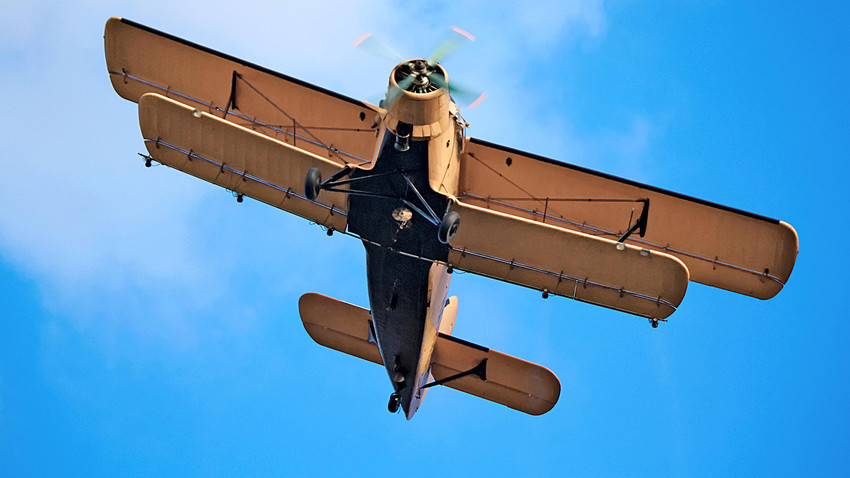 Legion Media
The Antonov An-2 biplane has been in production for 60 years, and it’s still assembled in China. The secret of its longevity, which earned the plane a spot in the Guinness World Records, is its extremely simple yet ingenious design. 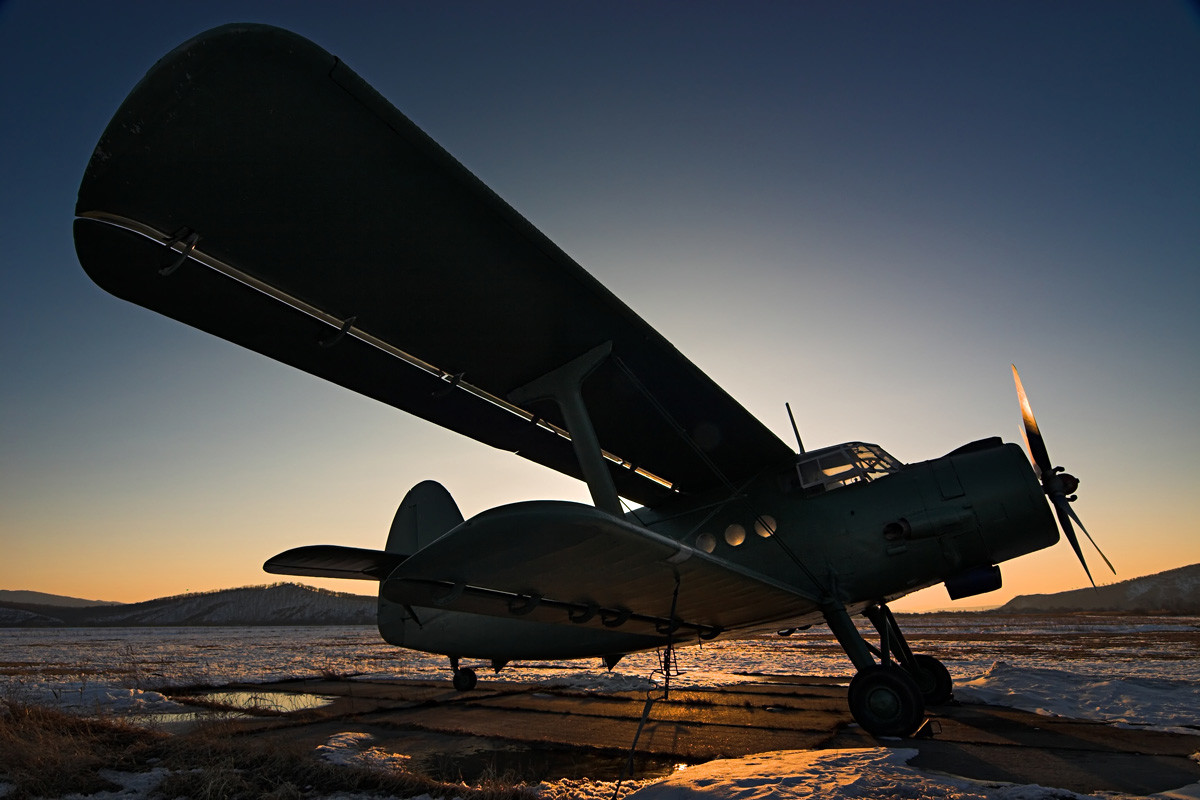 An-2 is called “Colt” in NATO classification, but in the USSR and Russia it has been referred to by the tender name of “Annushka” (diminutive of Ann), or simply “corn duster.” 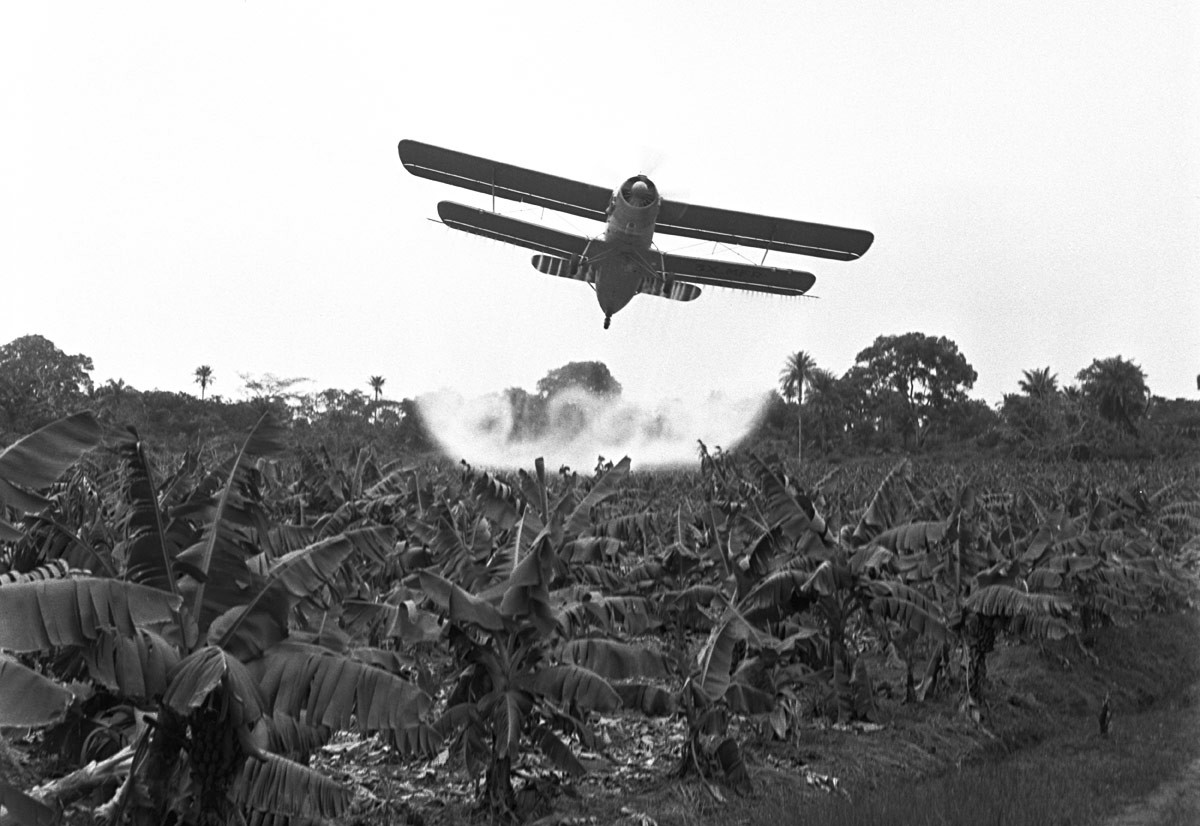 The plane was first built in 1947 by the Antonov Design Bureau, which at the time was located in Novosibirsk (3, 300 km to the east of Moscow). It was originally designed as an aircraft for use in agriculture. However, it turned out to be able to perform many other functions 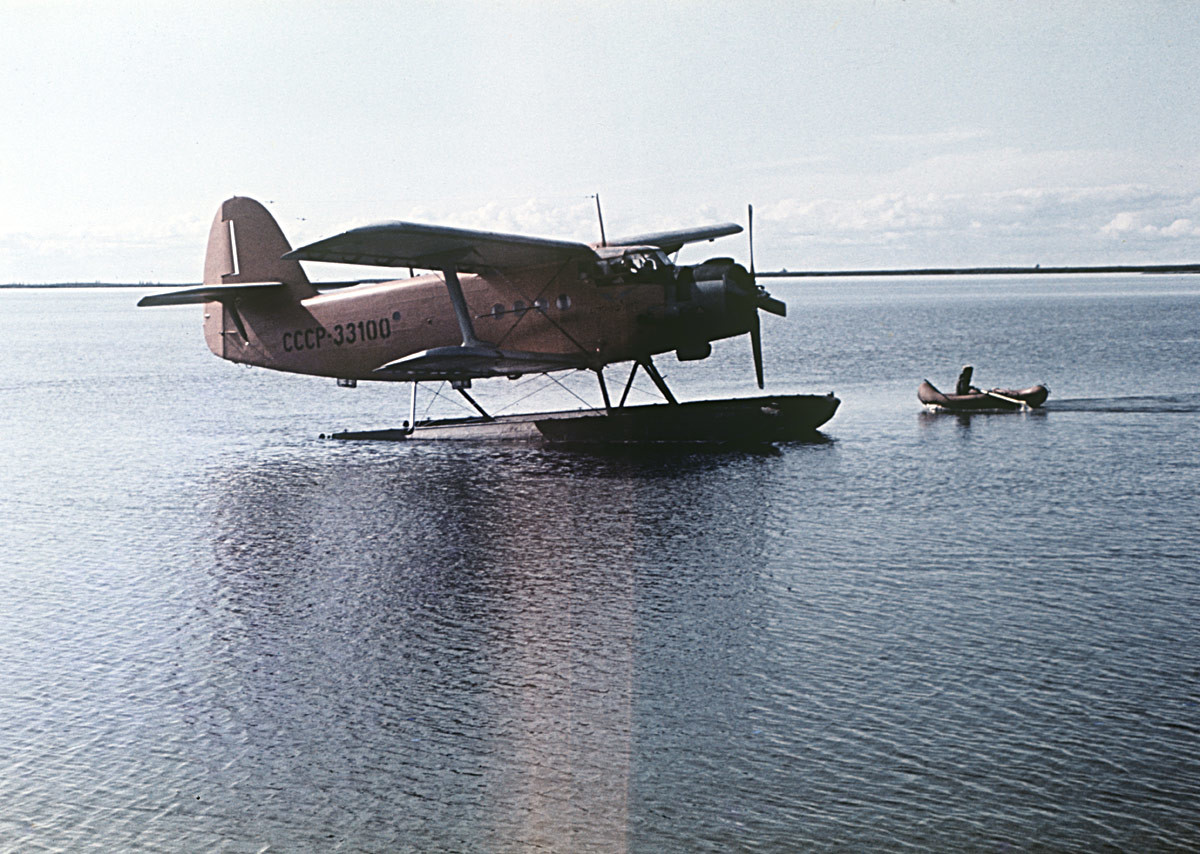 aircraft has been used for sports, transportation, and passenger transfers. It has also been re-equipped to serve the military’s needs, and saw action in many military conflicts 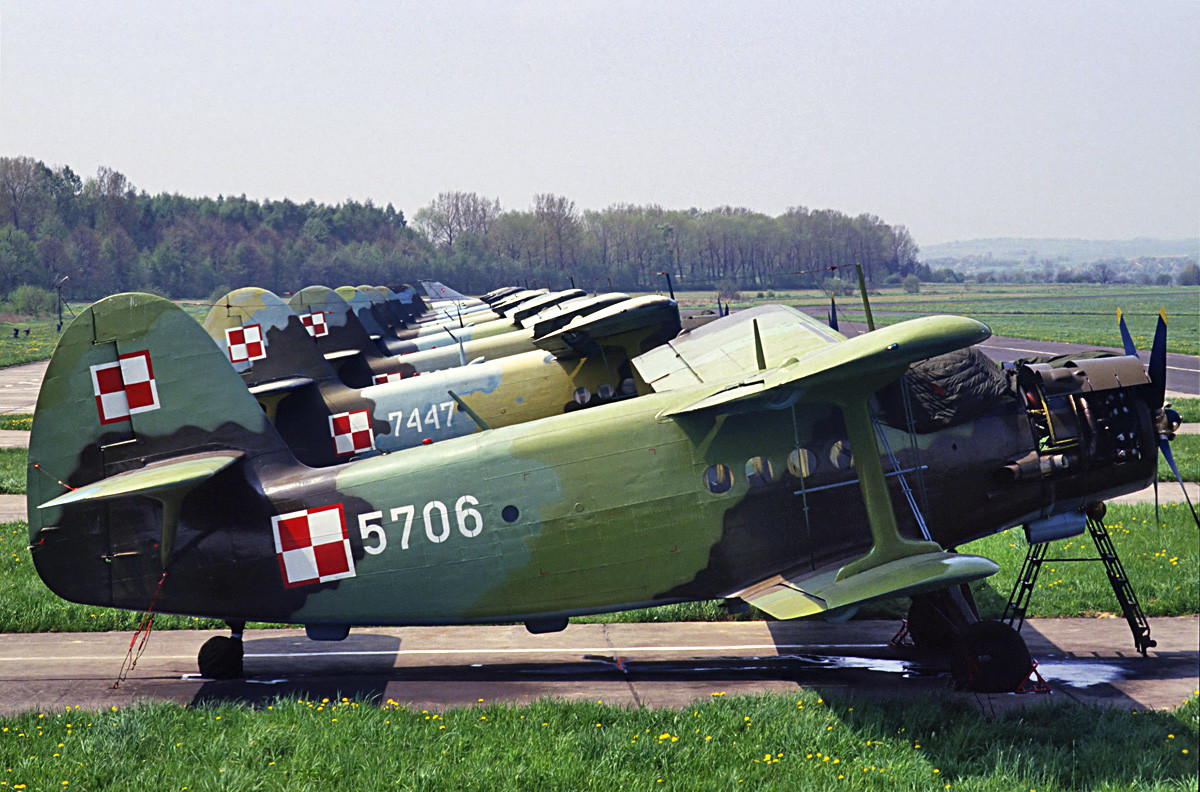 An-2 has been used by the armies of more than 50 countries. It primarily serves as a reconnaissance plane since it’s able to fly very low and escape detection by radar 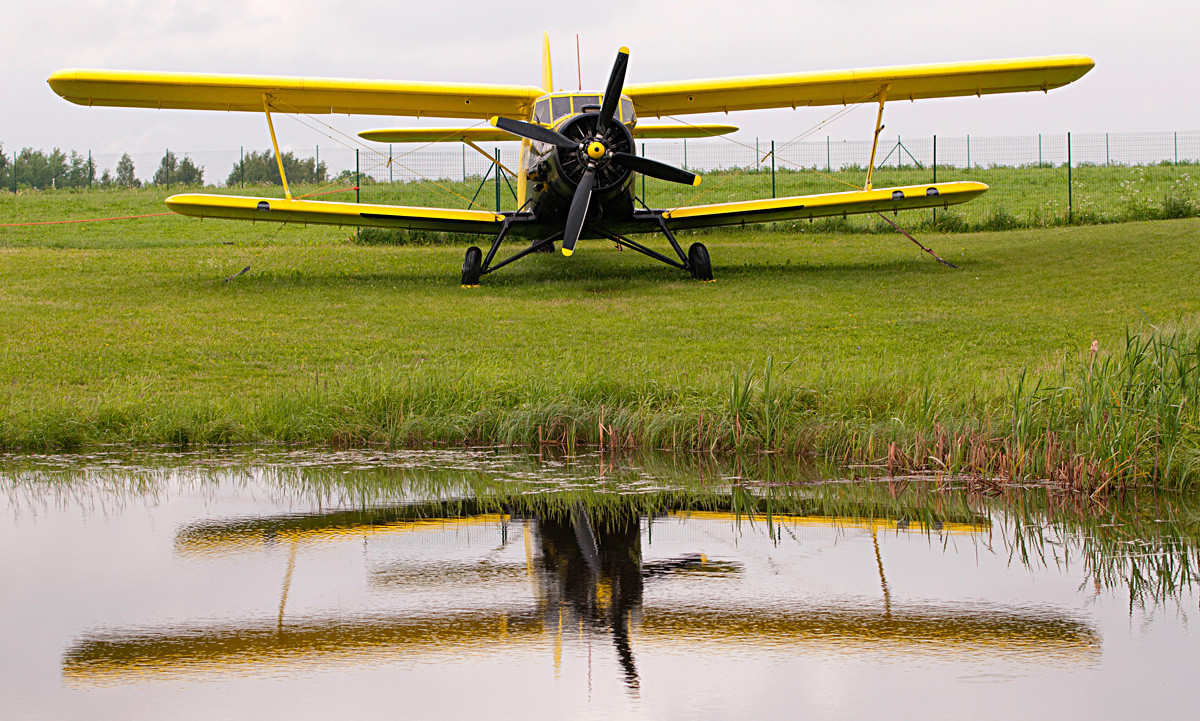 Antonov’s brainchild can carry up to 10-12 people or a 1,000 kilos of cargo, and deliver it almost anywhere.  It can take off from, and land on, rough airfields using surprisingly short runways 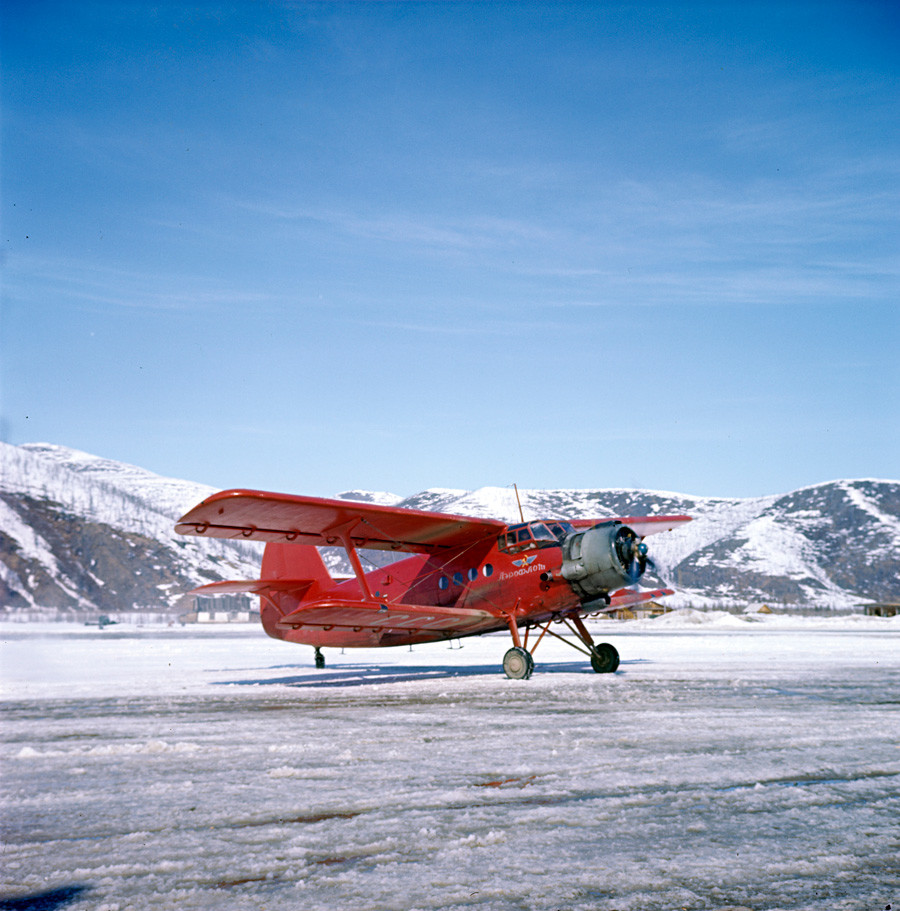 plane’s low maintenance and high effectiveness made it the primary means of transportation in remote parts of the USSR: Siberia, the Far North, or Central Asia 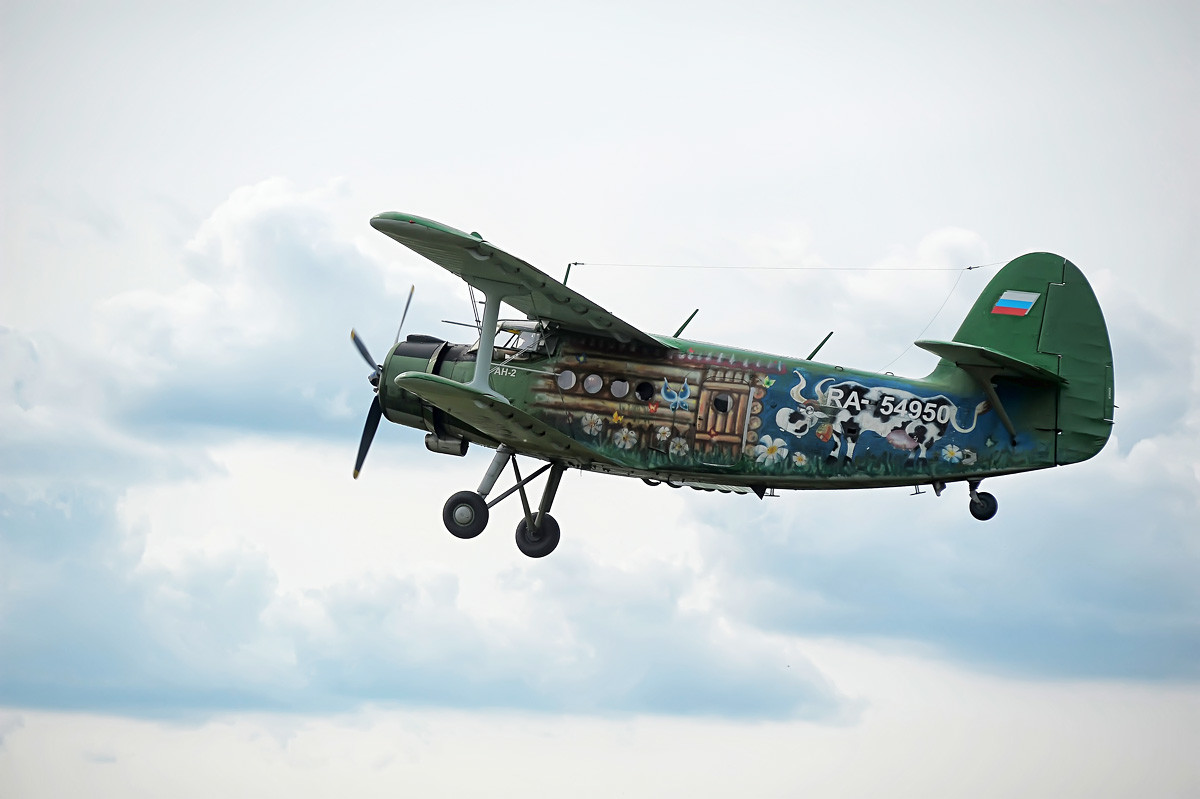 two sets of wings make it possible to generate a lot of lift. This allows the aircraft to take off quickly, to hover and even to fly backwards if it flies into a headwind 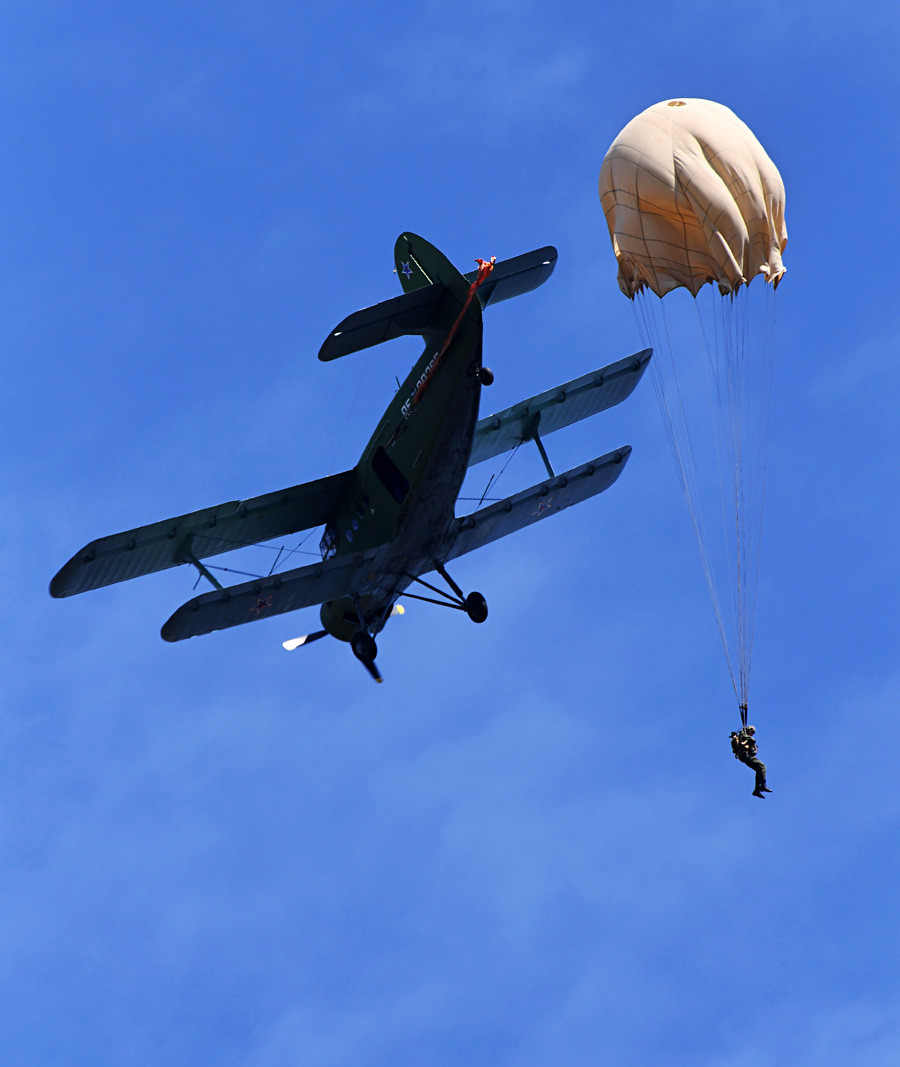 plane can fly as slowly as 40 kilometers per hour, which is good for parachuting and skydiving 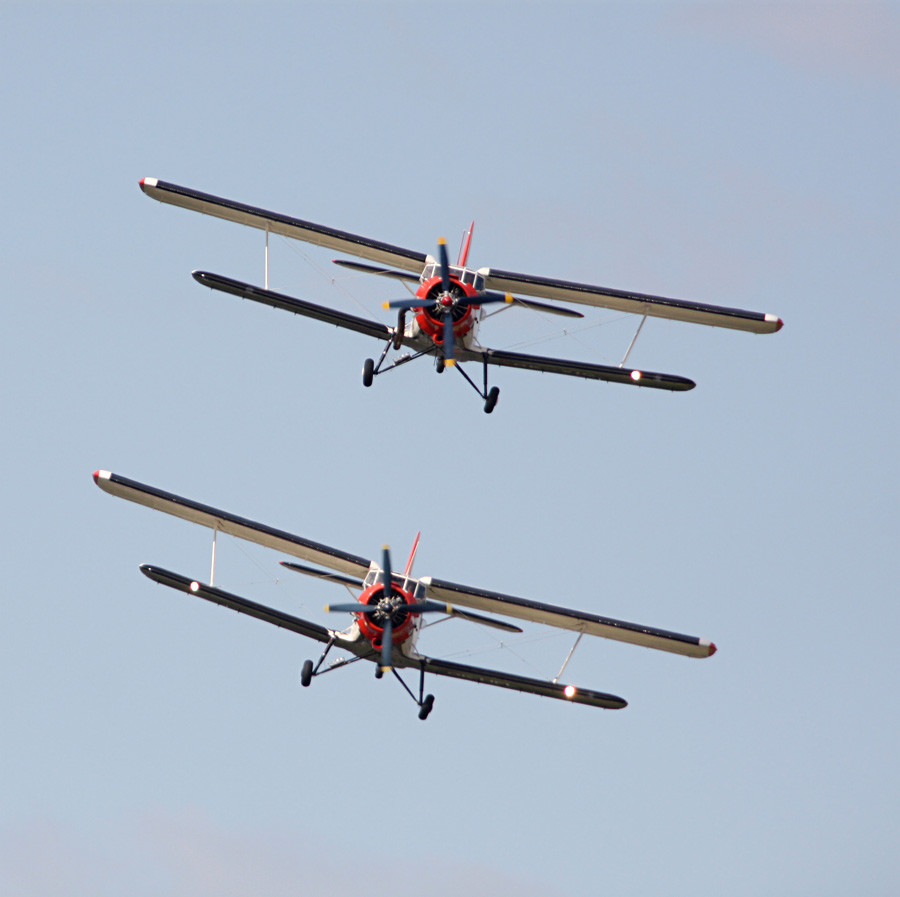 19,000 An-2 planes were produced in the USSR and Poland. Thousands have been made in China, and it has been included in the Guinness World Records as the plane that has been manufactured the longest - for more than 60 years 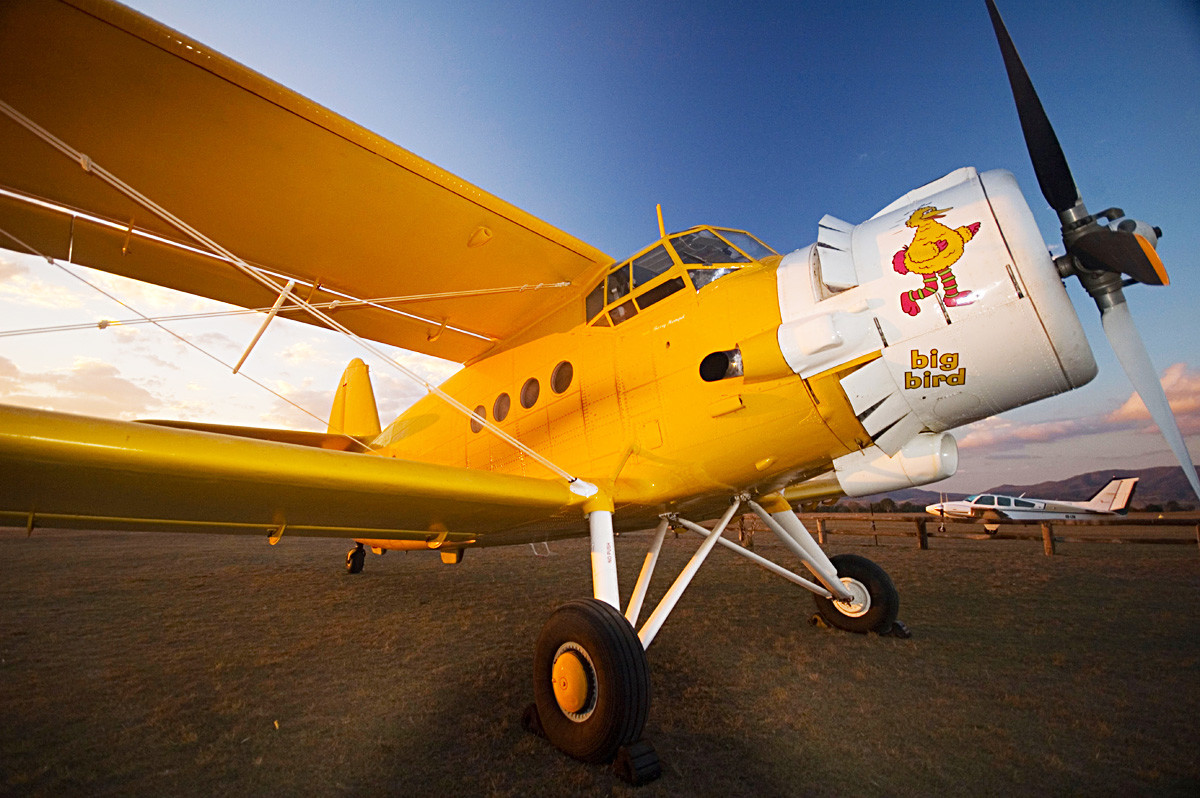 a BBC journalist once put it, “had the An-2 been designed and built on the other side of the Berlin Wall, its resilient design might have made it a much more famous plane than it is.” 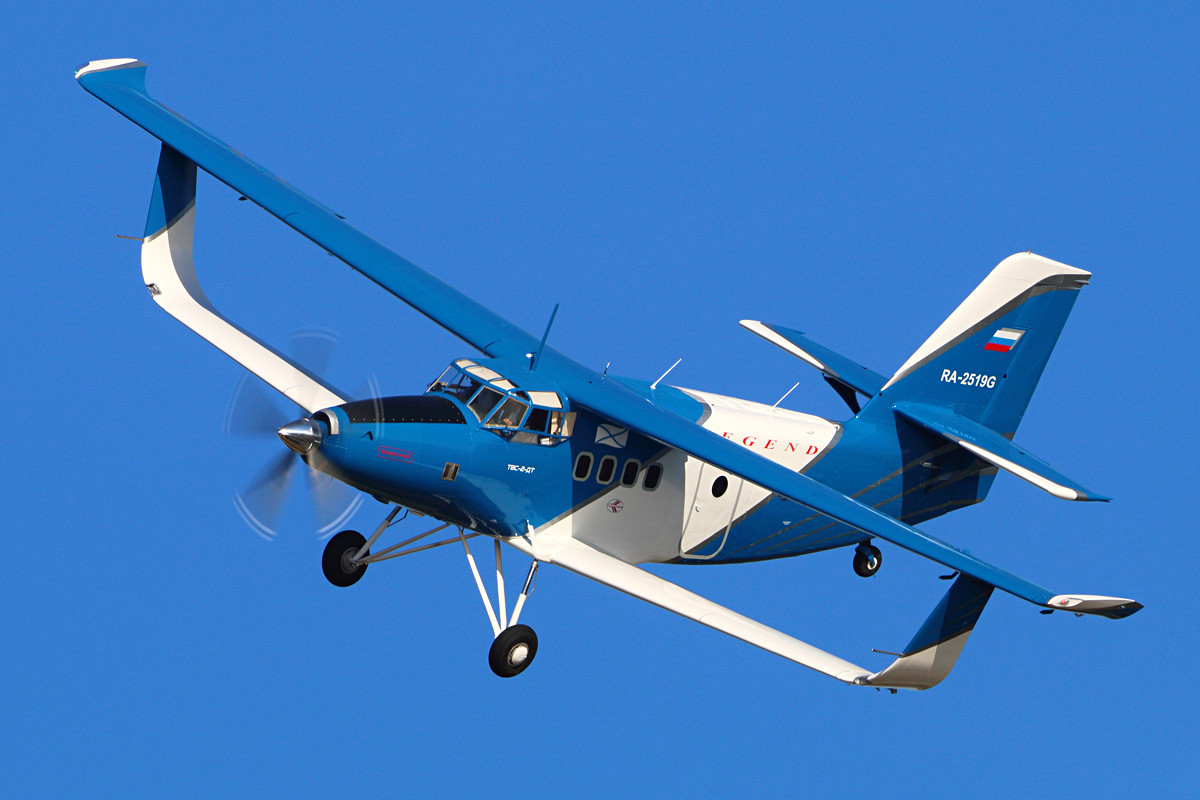 Now Russia is considering plans to modernize the An-2 with the proposed biplane, TBC-2 DTC, which will have a cargo capacity of 3,000 kilos and an average speed of 350 km/h. 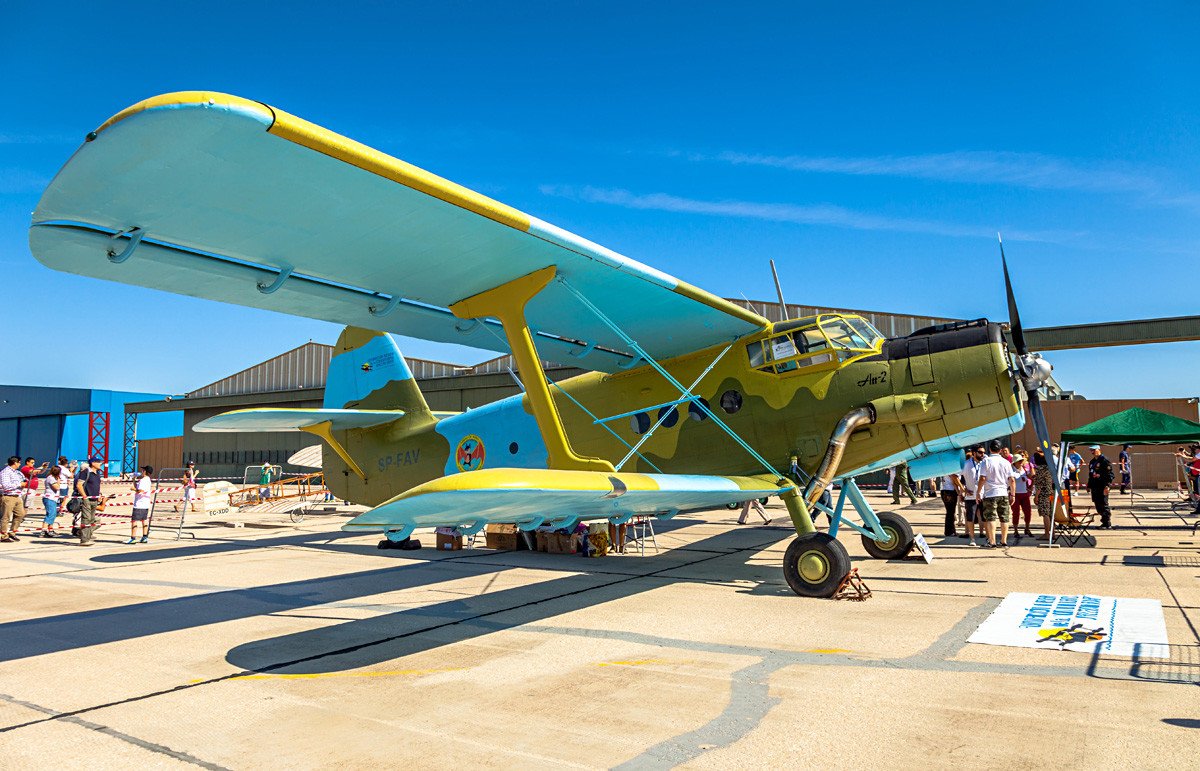 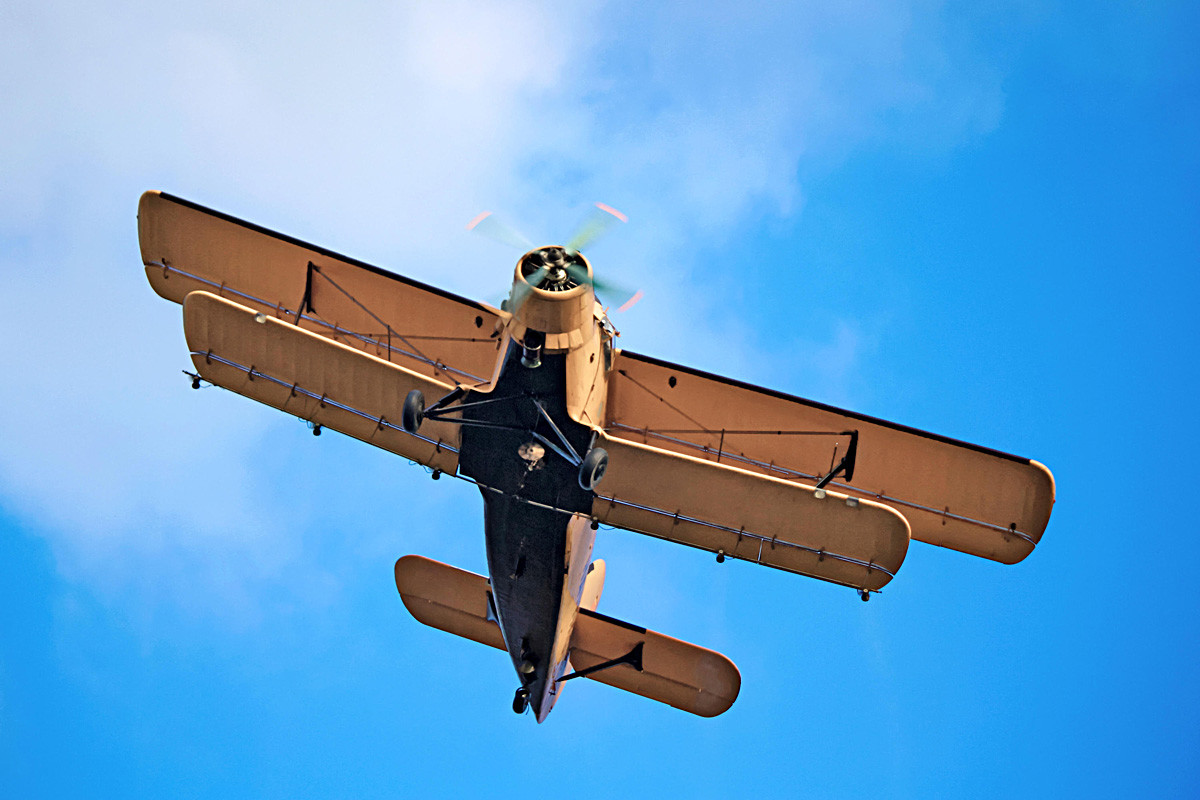 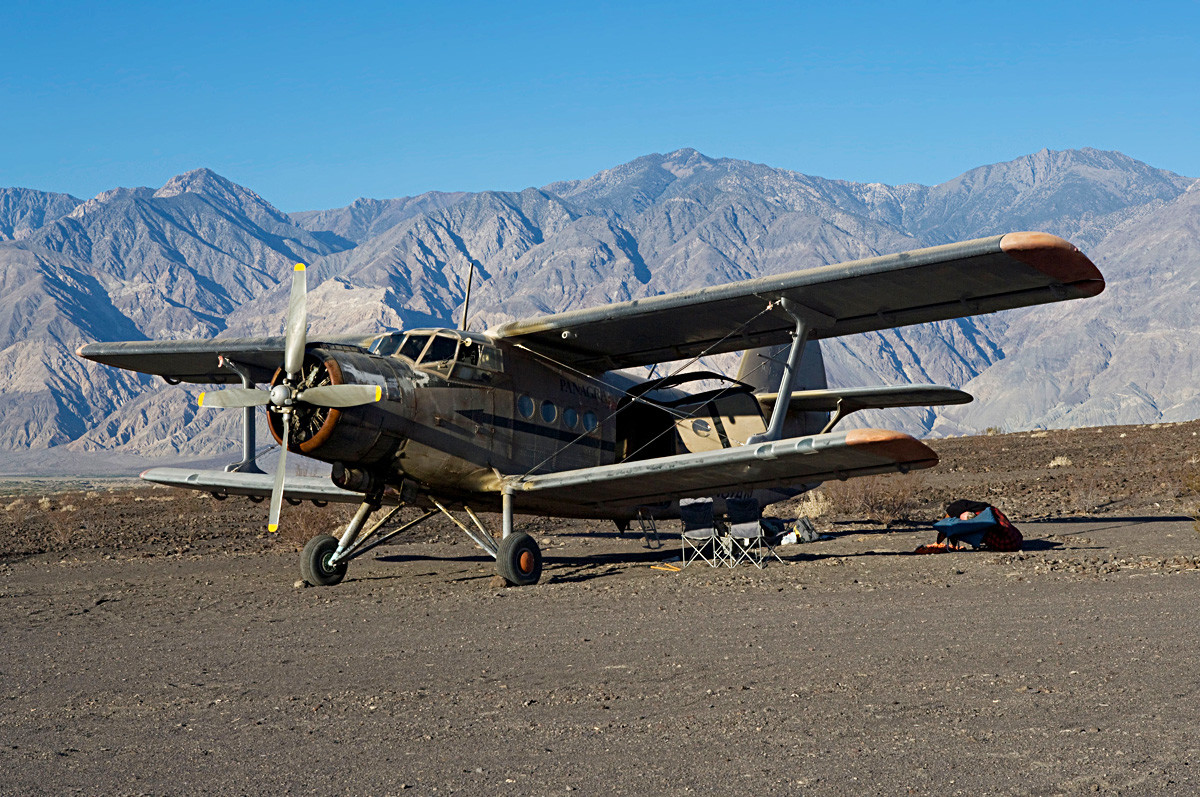 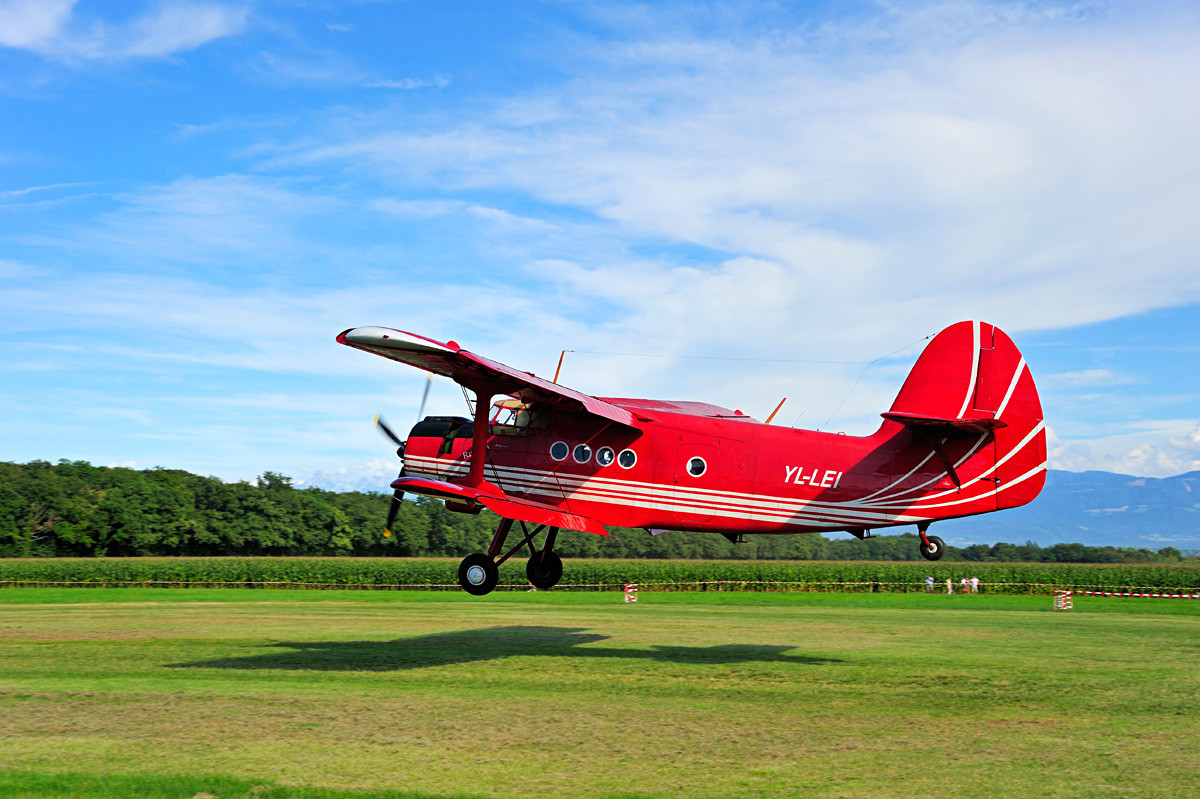