10 stunning pictures of Russian airplanes taken in the skies

Culture
Ksenia Zubacheva
Have a look at planes and helicopters from an unusual perspective. 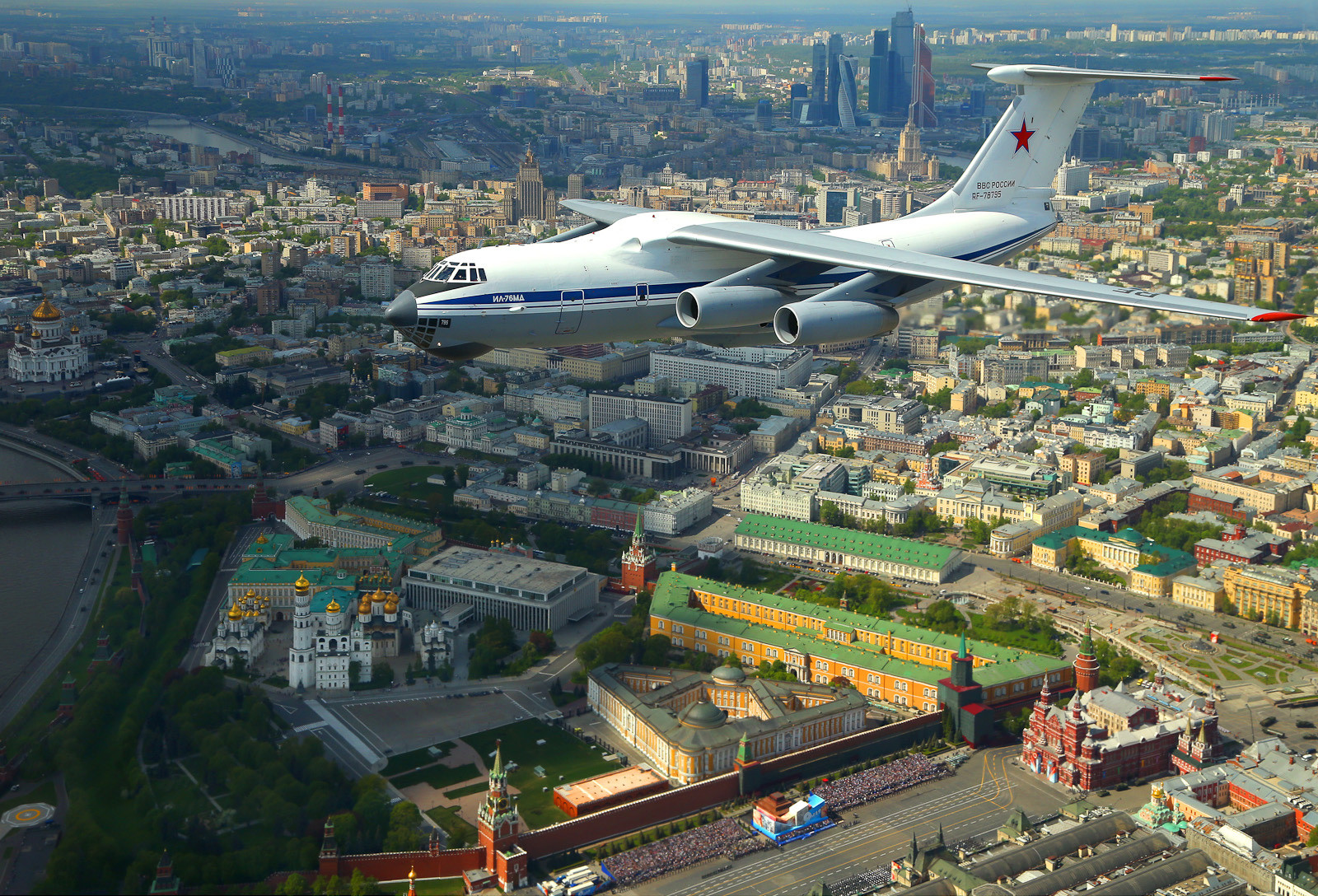 The Ilyushin Il-76, a multi-purpose four-engine turbofan strategic airlifter, above the Kremlin.

Moscow-based aviation engineer and photographer Alexey Nagaev has been taking unique pictures of Russian aircraft for over 10 years now. 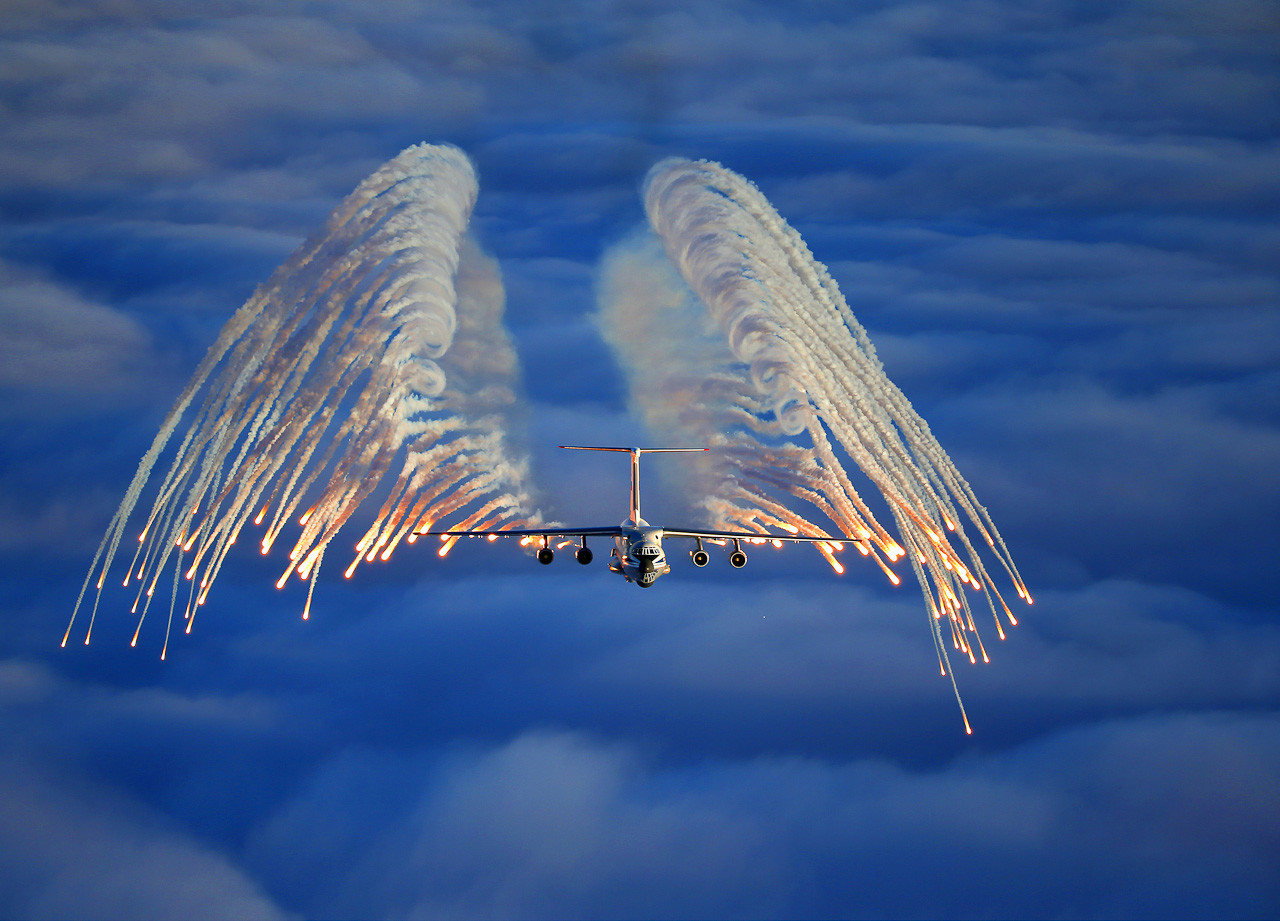 He has captured planes all over Russia, including the Arctic, Kamchatka, Crimea and the Caucasus. All of the photos are taken in the skies, above the ground. 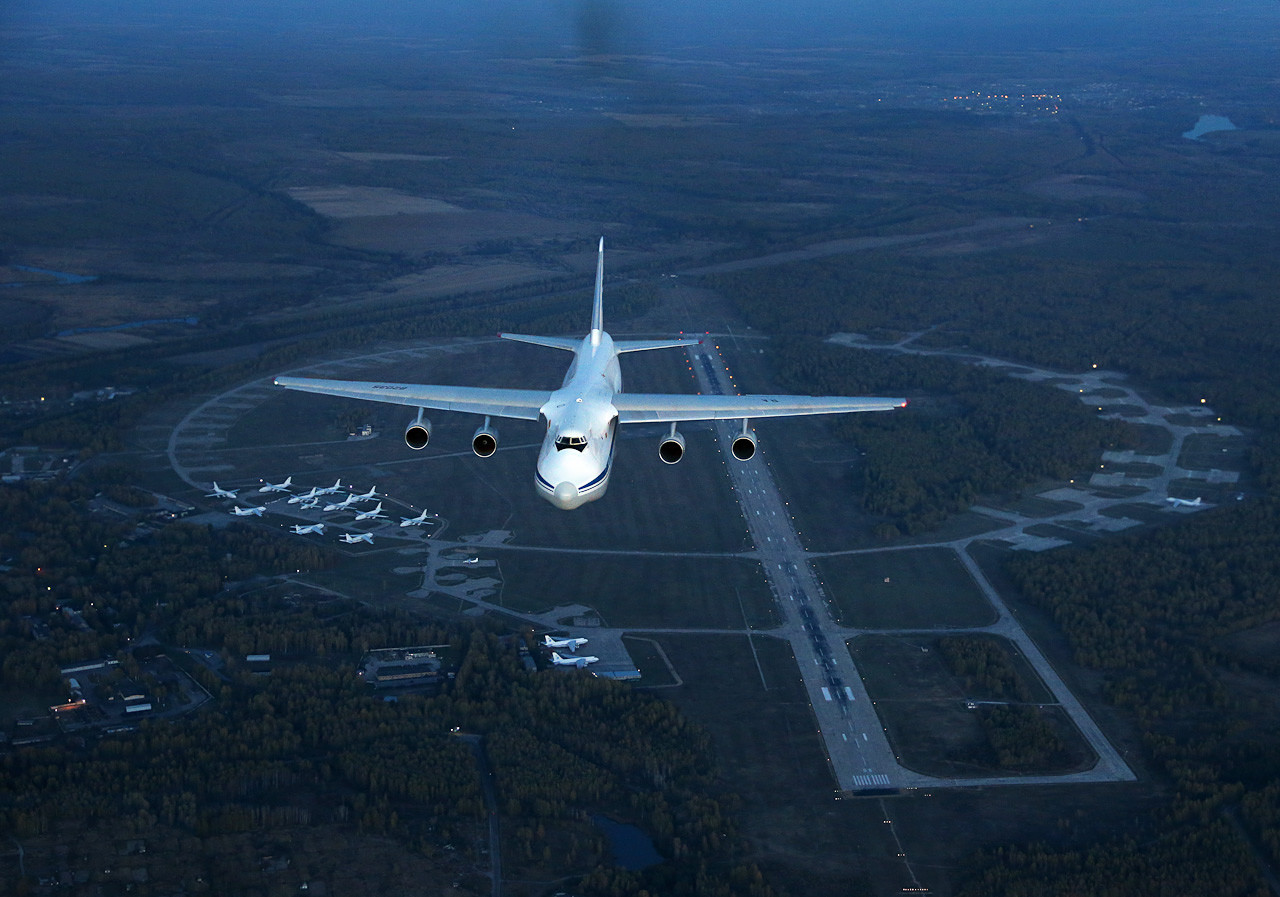 The Antonov An-124 “Ruslan,” the world's largest military transport aircraft.

Air-photography has a significant place in Nagaev’s work. As he told Russia Beyond, it was love at first shot, and he soon found himself inundated with orders and invitations to take part in flights. 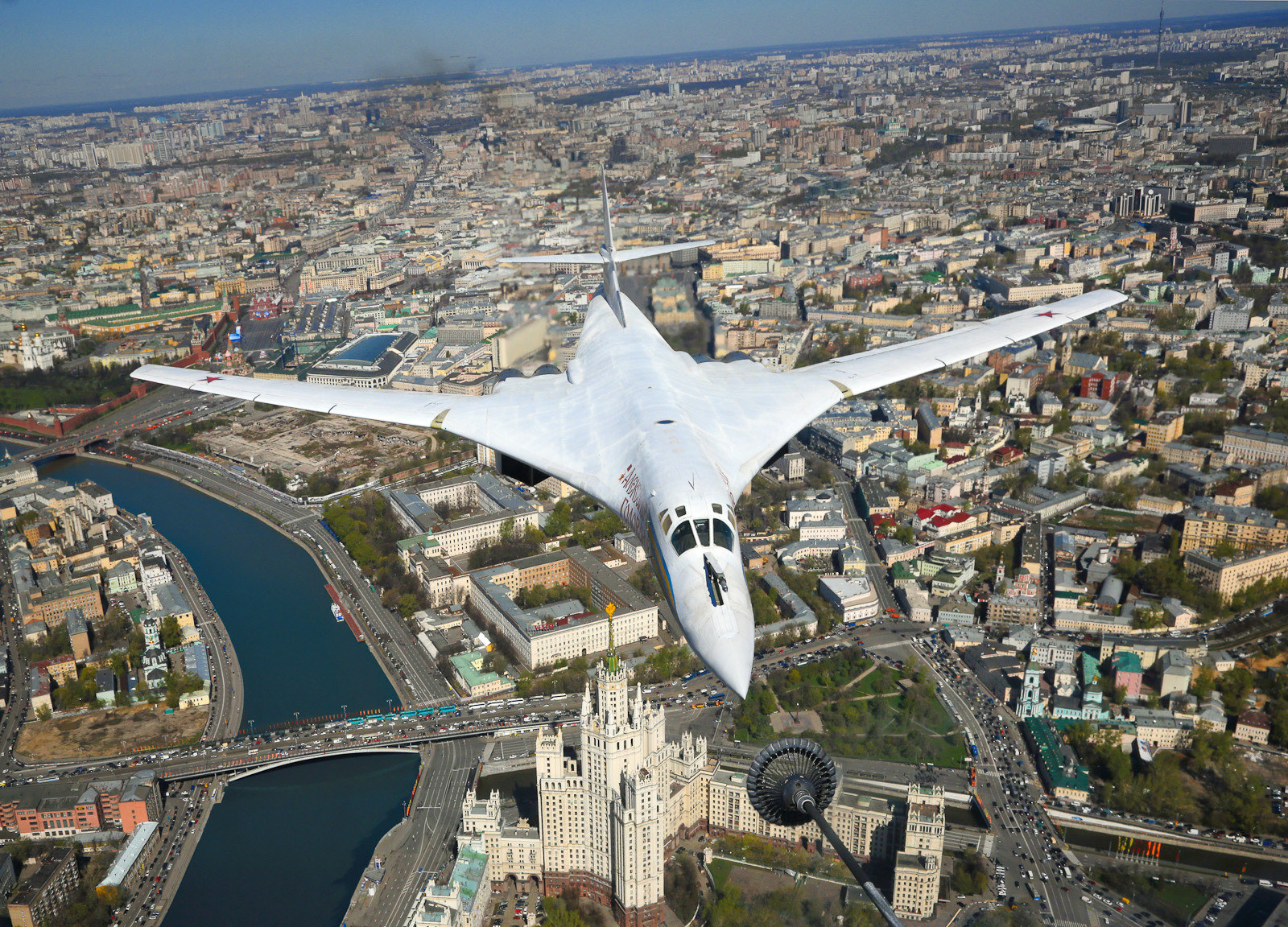 The Tupolev Tu-160 strategic bomber in the sky above Moscow.

“I take pictures of things that I find interesting, including children, female beauty, architecture and various machines.. But there is not enough time for everything, so I had to focus on something. For me it was first and foremost aviation, polar themes and Moscow,” Nagaev shared with Russia Beyond. 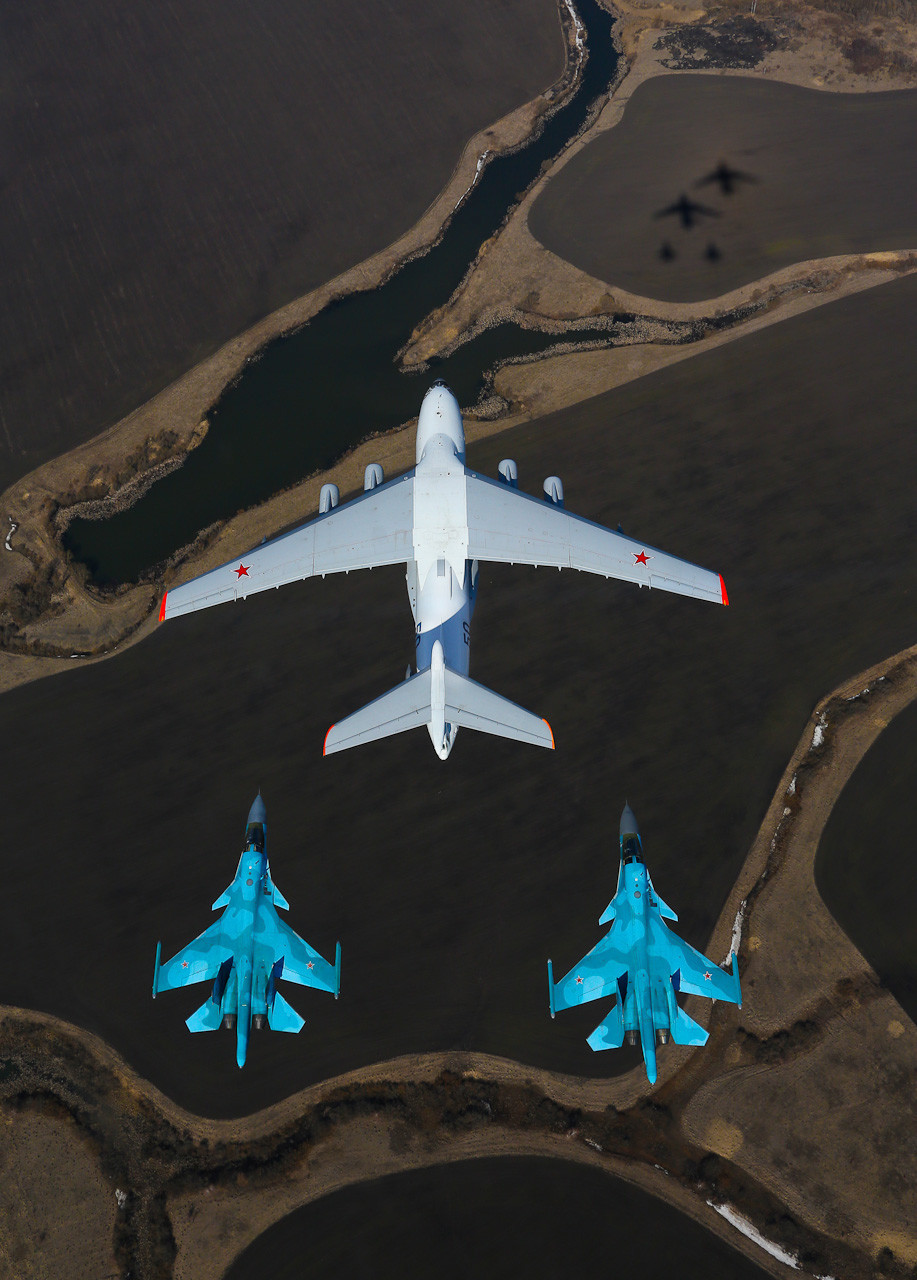 Capturing planes on film is tricky and has many limitations. According to the photographer, there are too many factors in shooting that simply cannot be controlled: the time of the flight, the weather conditions and the composition are not usually the way the photographer would like. 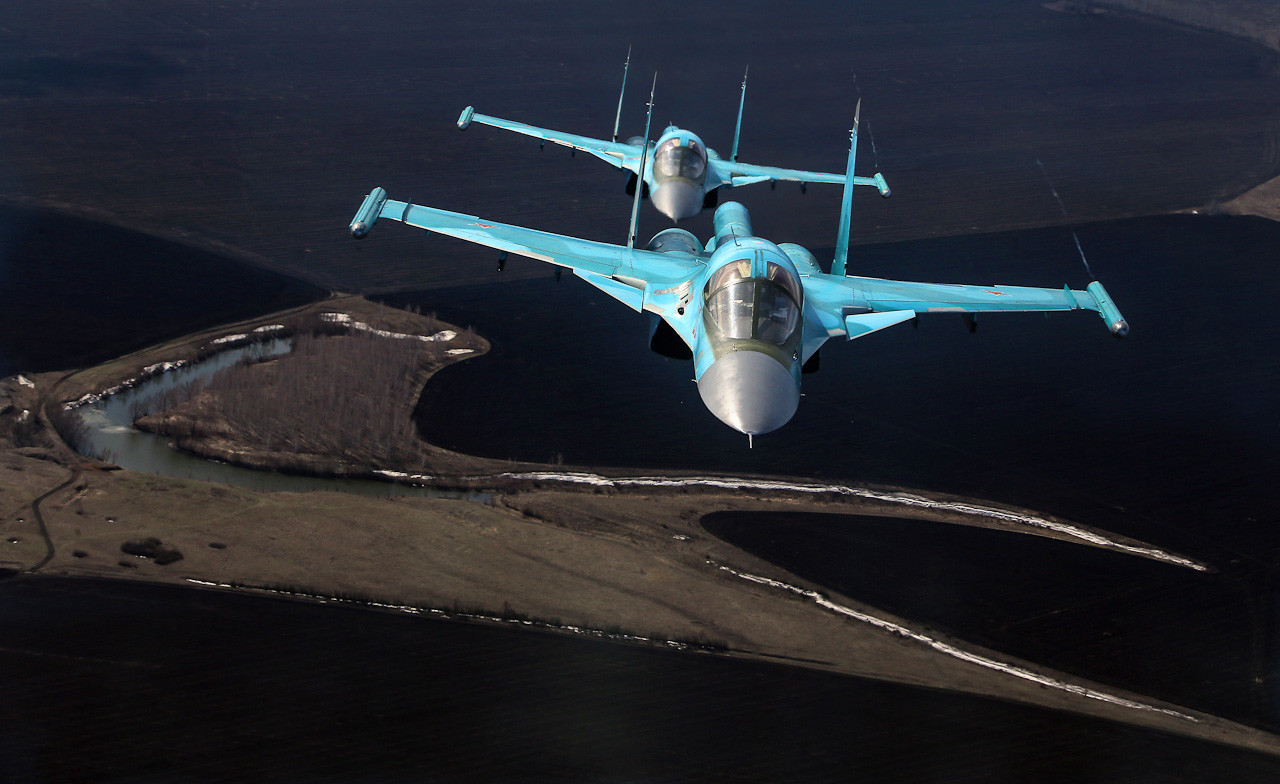 Su-34s flying over the fields of Voronezh Region.

“The flight crew members often become co-authors of the photos. The result will depend hugely on their ability to understand the photographer and bring to life his/her vision,” Nagaev explains. “It’s up to the pilot to fly at the correct angle, and the aircraft has some physical limitations in that respect.” 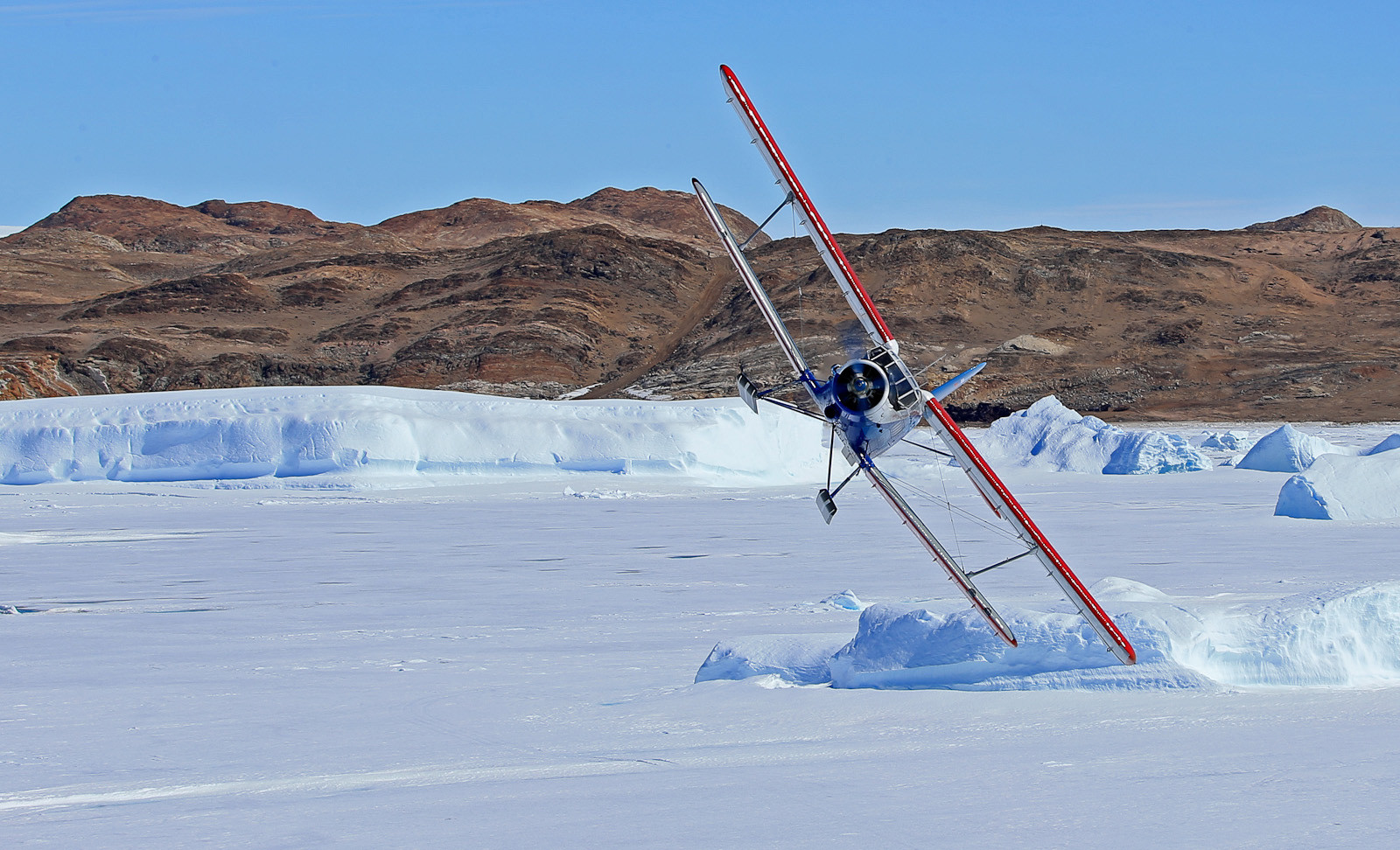 The Antonov An-2, a Soviet mass-produced single-engine biplane, in the Antarctica in the area of Progress Station, a Russian research base.

An experienced photographer knows what a pilot and his airplane can or cannot do, but still every flight is unique and it is impossible to predict how it will go and what the result might be. Nagaev sees a certain charm in this. 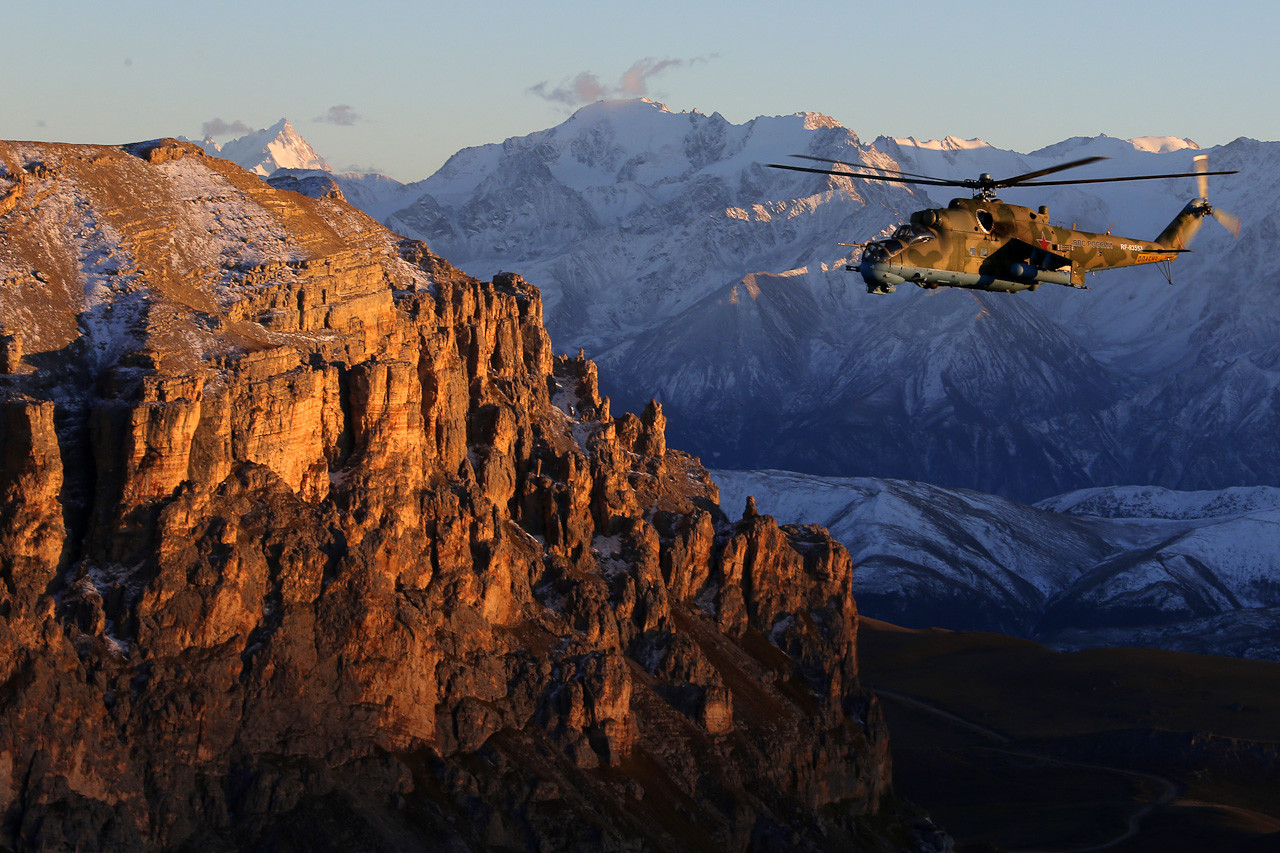 The Mi-24 helicopter, flying in the Caucasus at twilight.

“Sometimes the pictures can exceed the expectations, but sometimes they can also disappoint. Even at events like an air parade, when you’d think that everything has been planned, there would be two identical flights,” the photographer says.  “A flight can simply be cancelled for one reason or another, and all the preparation work will turn out to be for nothing. One needs to be ready for that.” 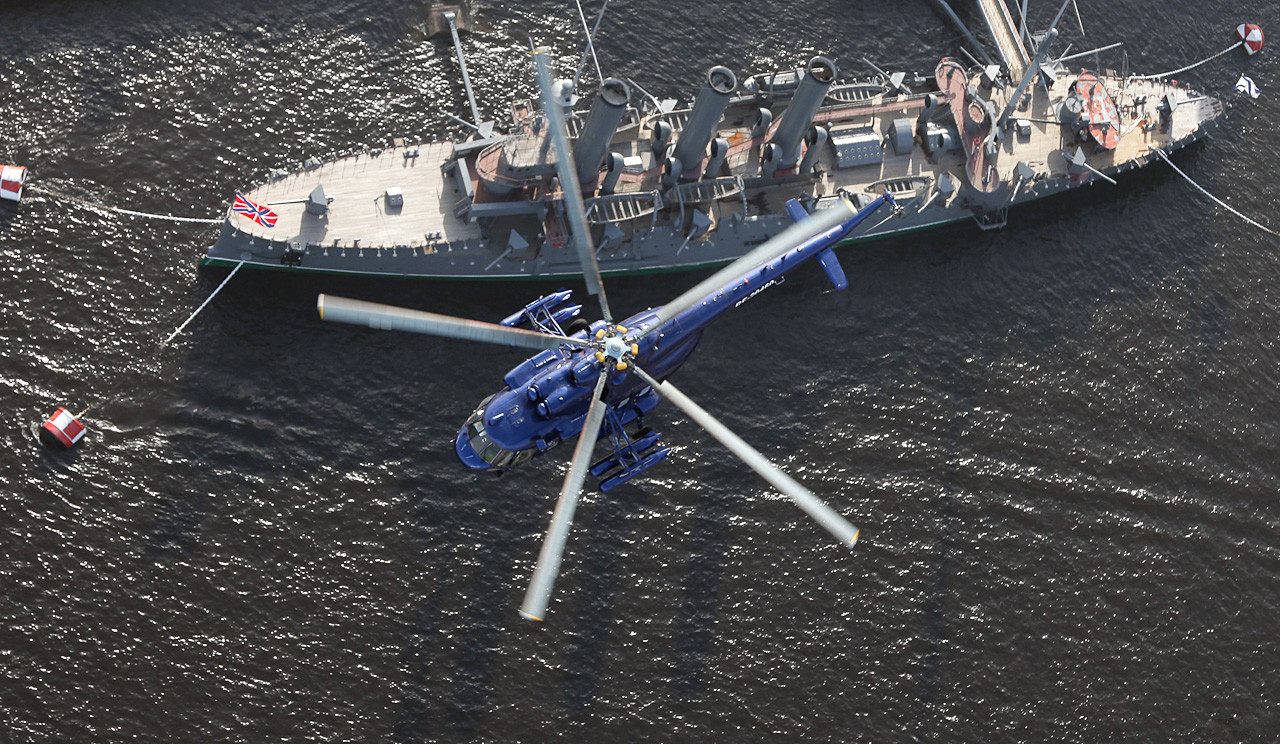 The Mil Мi-8 helicopter above the Aurora cruiser.

The photoshoot itself is not a quick process, first and foremost, because the preparations take a lot of time. One needs to organize everything, get to the location and wait for the right weather conditions. “The flight itself might take an hour or a few hours – this depends on a number of factors,” Nagaev explains. 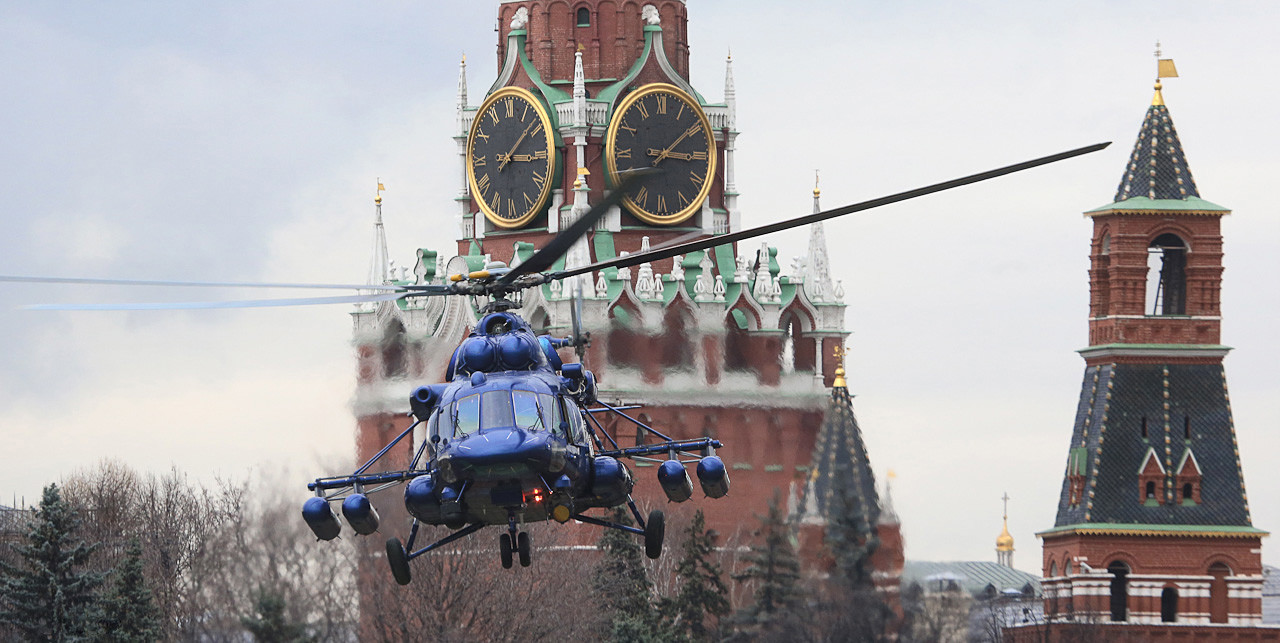 The Mil Мi-8 helicopter above the Kremlin.

The shooting can go differently depending on the aircraft: it can be done through a window or through an open ramp, door or helicopter blister. According to the photographer, the hardest thing is to bring together all the disparate factors, including Lady Luck, because the weather is something that has a huge influence on the outcome.

Want to see more? Nagaev’s works are currently exhibited at the Photocentr Art Gallery (www.foto-expo.ru) in Moscow. You can see them till Nov. 19.