First hypersonic “Putin” missiles to be sited in the Urals 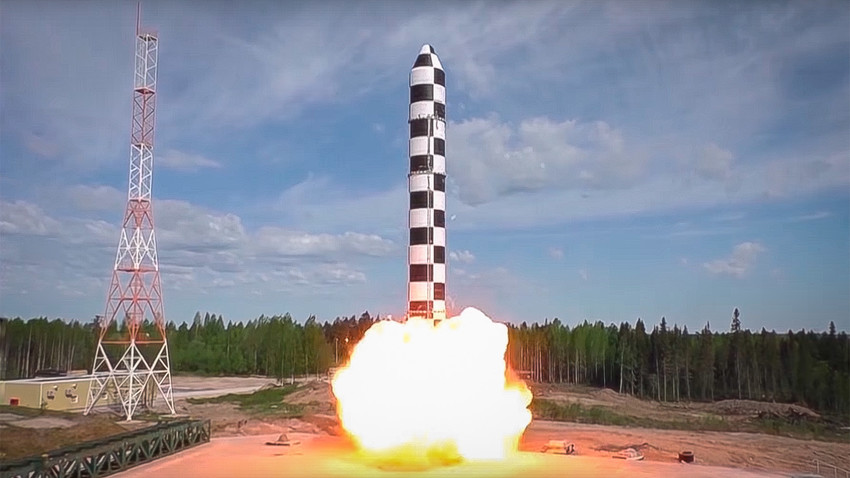 The first RS-26 Avangard intercontinental ballistic missiles are set to be sited in the suburbs of Orenburg (1,200 km east of Moscow) as early as 2019, it was announced by the commander-in-chief of Russia’s Strategic Missile Troops (SMT), Sergey Karakaev.

According to Karakaev, the new missiles will significantly increase Russia’s nuclear power, since they are superior to the current missile defense systems of any potential foe.

key advantage of the Avangard (the Russian spelling of “avant-garde”) over other missiles is its ability to climb tens of kilometers and fly towards the target through dense atmospheric layers and near The RS-26 is an intercontinental ballistic missile that can destroy targets anywhere in the world with pinpoint precision.

“The missile hurtles towards the target like a meteorite, a fireball, yet is fully controllable at all times,” Russain president Vladimir Putin said in March 2018 on unveiling Russia’s new development to the world.

According to open sources, one hypersonic Avangard warhead packs a punch of 800-2,000 kilotons, comparable to an explosion roughly 130 times greater than Hiroshima. Russian media have yet to officially confirm this data. The projectile is believed to be 5.4 m long, with a top speed greater than Mach 20 (up to 24,000 km/h).

It is due to enter service with the SMT after 2020, replacing the R-20V Voevoda, the heaviest and most fearsome strategic missile in the world, which weighs 211 tons with a throw-weight of 8.8 tons.

“It will differ from its progenitor not only in terms of its far lower but also its flight range. Whereas the Satan [NATO's reporting name] covered a distance of 11,000 km, the Sarmat will be able to fly 17,000 km and, according to the design team, even pass over the South Pole, where there is no missile shield and no one will be expecting it,” TASS military analyst Viktor Litovkin told Russia Beyond.

Litovkin added that instead of ten nuclear warheads, the Sarmat will carry no fewer than 15 independently targetable re-entry vehicles. They will be arranged according to the “bunch of grapes” principle, each having a capacity of 150-300 kilotons and able to separate from the “bunch” and home in on the target as pre-programmed in the warhead.