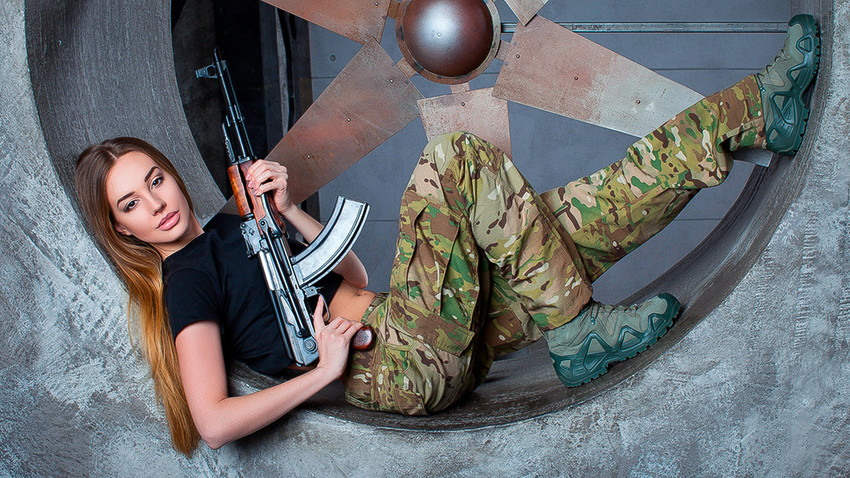 Legion Media
It’s time to debunk some mistruths with a bit of rigorous fact-checking.

Countless legends have sprung up around the most popular weapon in the world, the Kalashnikov assault rifle (AK). There have been allegations that it was invented not by Kalashnikov himself but by the Germans (whose technology the Russians stole), that the rifle is inaccurate from 300 and many others. Here are the five most popular misconceptions, as well as the unvarnished truth about the AK.

Myth 1: the Kalashnikov is a copy of the German StG 44 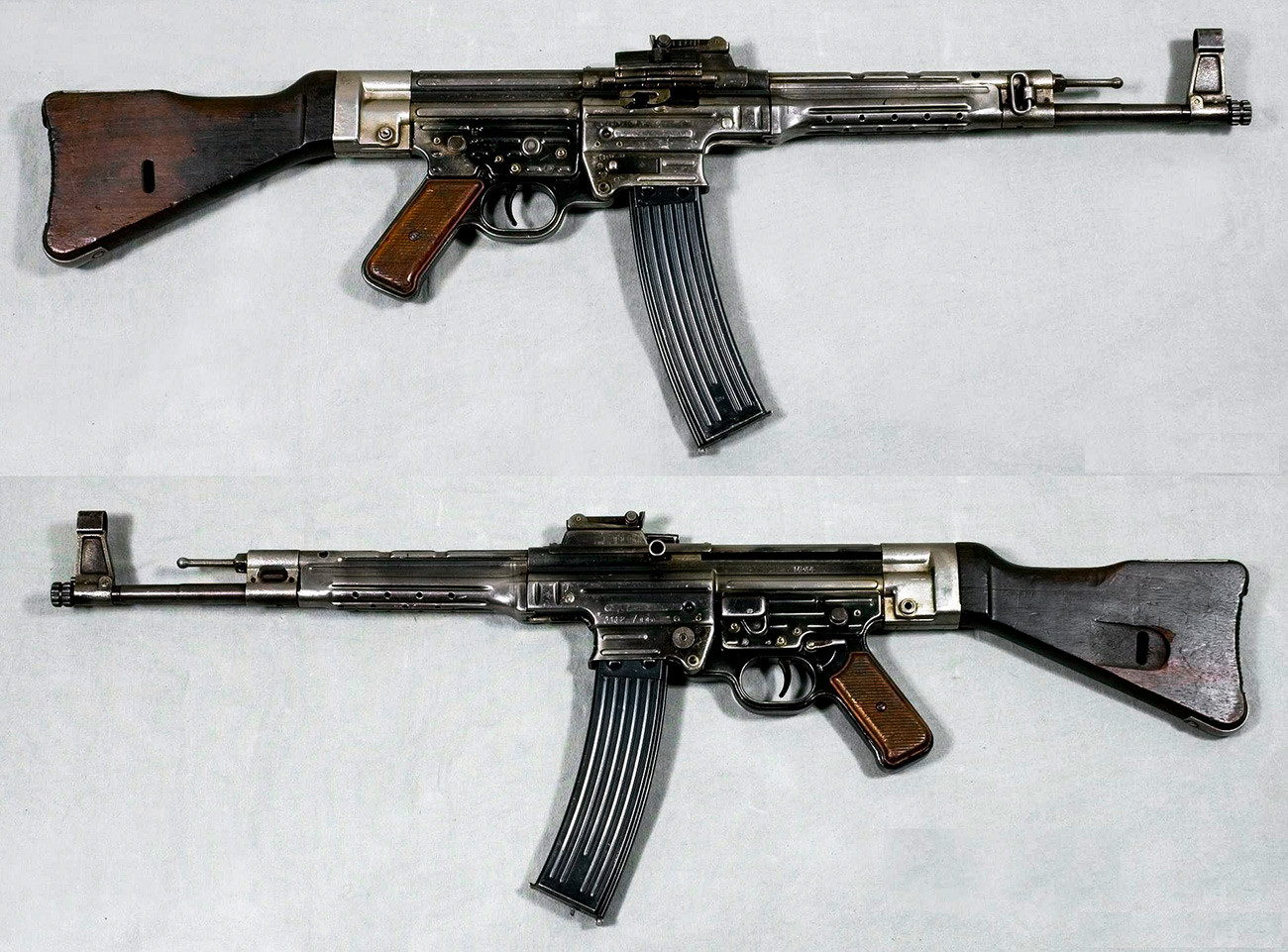 Yes, the two weapons look similar and the German gun was often taken as a trophy by Soviet soldiers at the end of the WWII.

But the first "German Kalashnikovs" only fell into the hands of the Soviet army from 1944. By 1943 designer Alexei Sudayev had already presented the USSR’s army with the first version of the automatic rifle that after his death would be completed by Mikhail Kalashnikov. In 1947 the latter would win the tender to supply the assault rifle to the military.

In the early the Danes were accused of copying the Kalashnikov and making their own assault rifle for NATO troops, called the Madsen LAR.

The key difference between the AK and the German StG 44 is evident inside the guns - they have different firing mechanisms and magazine housings (in other words, their magazines are not interchangeable). Also, each has "its own" assembly and disassembly configuration, not to mention the external differences between the two weapons.

But one shouldn't be disingenuous here: German engineers did indeed make a contribution to the development of the Soviet assault rifle. After the victory in World War II, the design bureau of Hugo Schmeisser worked in Izhevsk and helped upgrade the AK-47.

Myth 2: the Kalashnikov assault rifle is unique and unrivalled

Yes, the Kalashnikov is a fine weapon and is one of the symbols of revolution and the struggle for independence in countries all over the world, thanks to the simplicity of its design, its effectiveness, easy production, and low-maintenance.

However, Kalashnikov's "platform" is not unique. The Czechs, with their Čermák Sa . 58 assault rifle, came up with similar technical solutions.

The latter is almost the spitting image of the AK, but its automatic system works in a different way and, as in the case of the German StG 44, it can only use its own magazines.

The Sa vz.58 had a long life - in Eastern it was in use until 2010. But it never became world famous in the way the Kalashnikov has because it was not as reliable as the AK-47.

Myth 3: the Kalashnikov is not accurate from over 300 meters 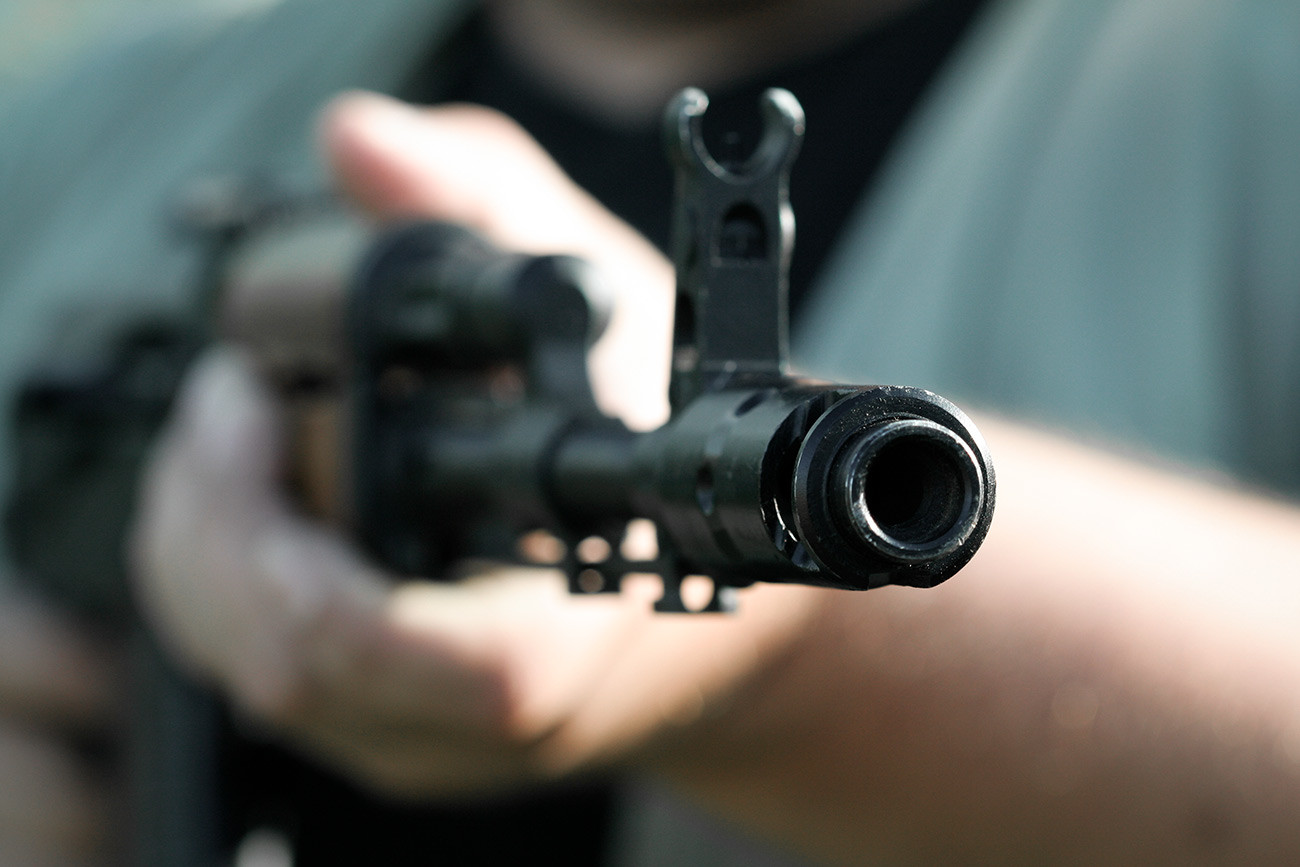 Hitting a target at such a distance is no easy task, however, for highly-trained soldiers even 400 meters is not a problem - it’s just a question of how the assault rifle is configured and customized to improve its accuracy.

In addition to the tuning of the rifle, a Kalashnikov’s accuracy is adopting a similar principle to that applied to sniper weapons - firing at the target not directly but using an arching trajectory. You aim slightly to one side and up, depending on the wind, air pressure, and range. It doesn't sound easy, but every professional rifleman knows that in long-range firing, the conditions and how the user adapts to them play a big role in accuracy.

Myth 4: the Kalashnikov assault rifle was always perfect and loved from the beginning 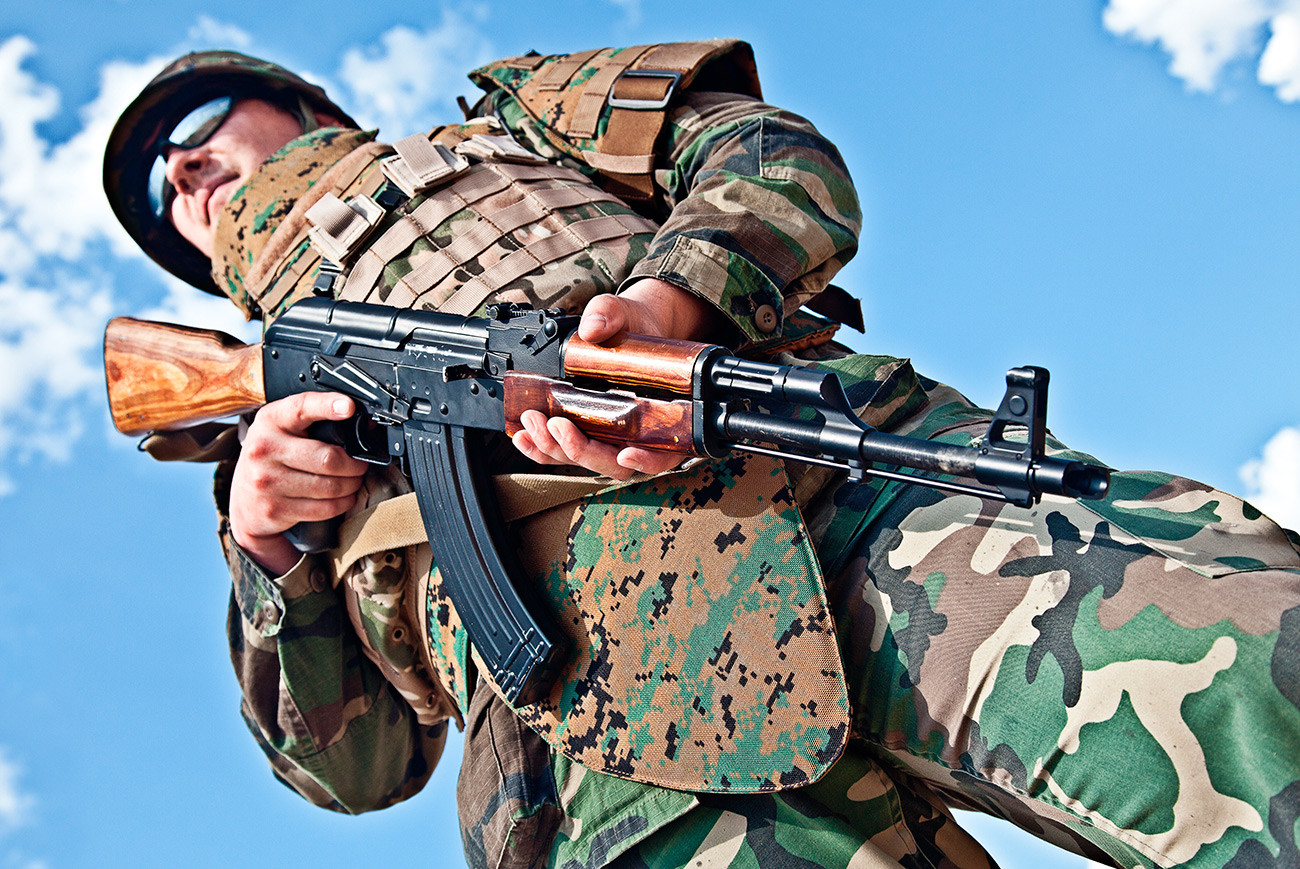 No, the 1947 model did well in testing but the AK's famous reputation for reliability and durability are a result of fine-tuning during the 12 years that followed.

The AK as we know it today is the 1959 model which Kalashnikov honed, eliminating faults outlined by the military. Among them were failures relating to its reliability and durability - the first version of the rifle would quickly accumulate dirt and fall into disrepair. Its accuracy was also a problem - it was pointed out to the designer that there was a significant dispersion of bullets during firing so he made adjustments.

In the end, even after the upgrade, the AK’s accuracy was still inferior compared to its direct competitors used by NATO at the time. However, it was more powerful and more reliable even in mud, rain, sand, snow.

Myth 5: the AK was the brainchild of Mikhail Kalashnikov alone 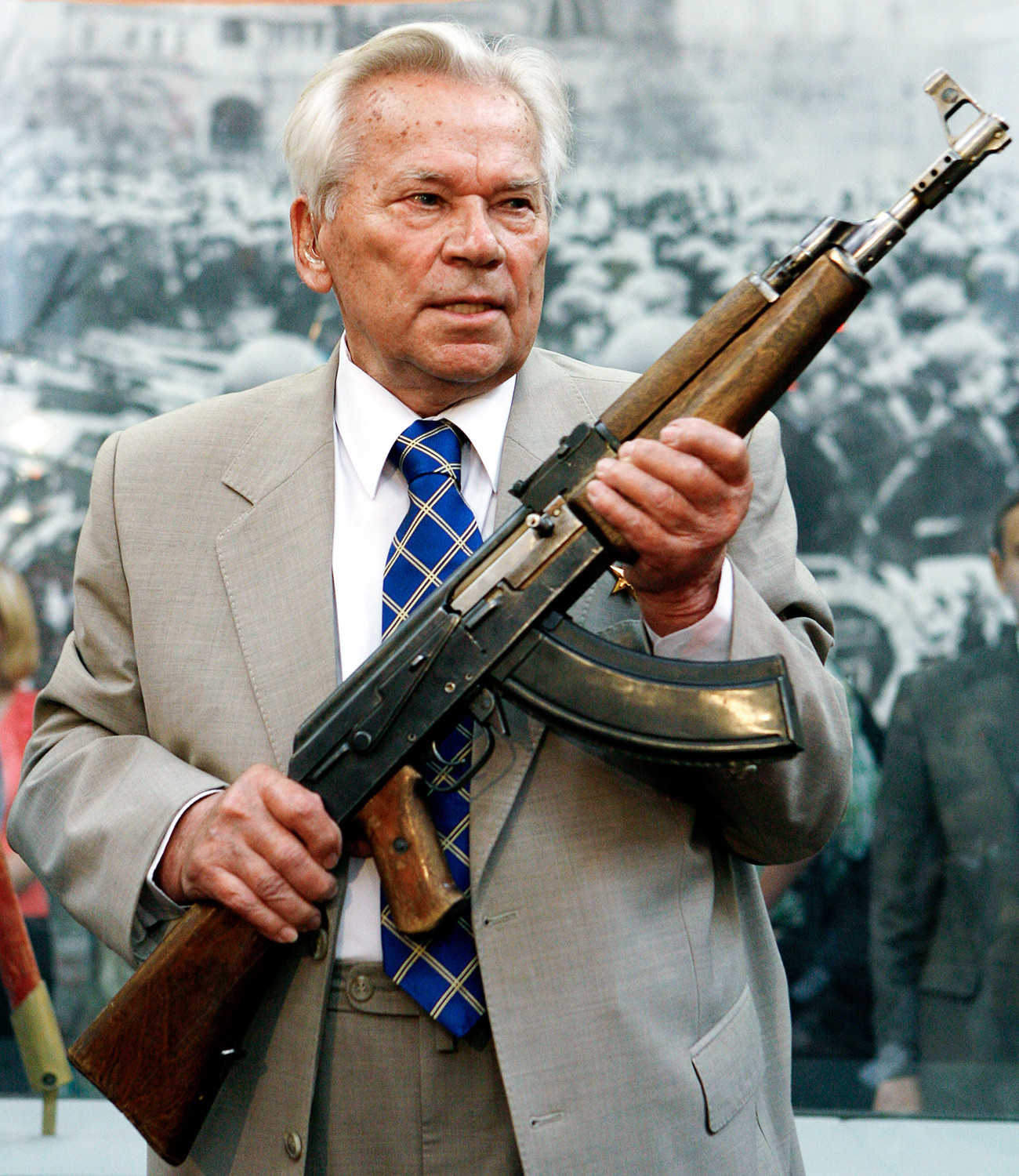 Mikhail Kalashnikov holds a prototype of his famous AK-47 assault rifle, during a ceremony to mark the 60th anniversary of the worldwide assault rifle's creation in the Russia's Armed Forces Central Museum in Moscow

This is not true. We’ve already partially answered this question, but let's sum up.

Kalashnikov was indeed a brilliant designer but a whole team of engineers worked under him. The AK project was a development of Sudayev's 1943 idea with the added assistance of the Germans from Schmeisser's bureau in the late 1940s and early 1950s.

So the AK is not just the embodiment of Kalashnikov’s genius, but also the work of a whole backroom team of designers and engineers.