What is the 'Katyusha of the 21st century'? 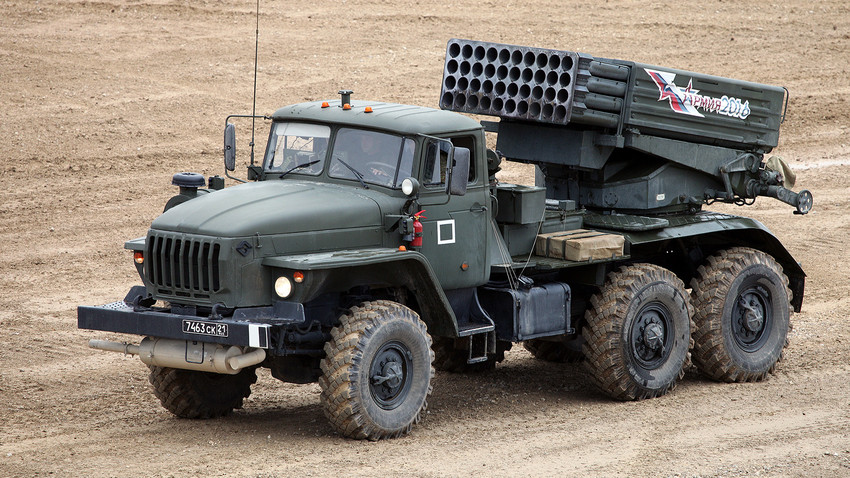 Vitaly V. Kuzmin/www.vitalykuzmin.net
It will "smoke out" terrorists from their strongholds using a whole series of incendiary devices.

Russia has procured a new consignment of "Katyushas of the 21st century" - the Tornado-G multiple launch rocket system (MLRS), which is to replace all the obsolete systems of a similar class left over in the Russian army from Soviet times.

The first of the artillery rocket systems have already entered service with Ground Troops units near Volgograd (600 miles south of Moscow), and now all specialized units in Russia are in line to get them. 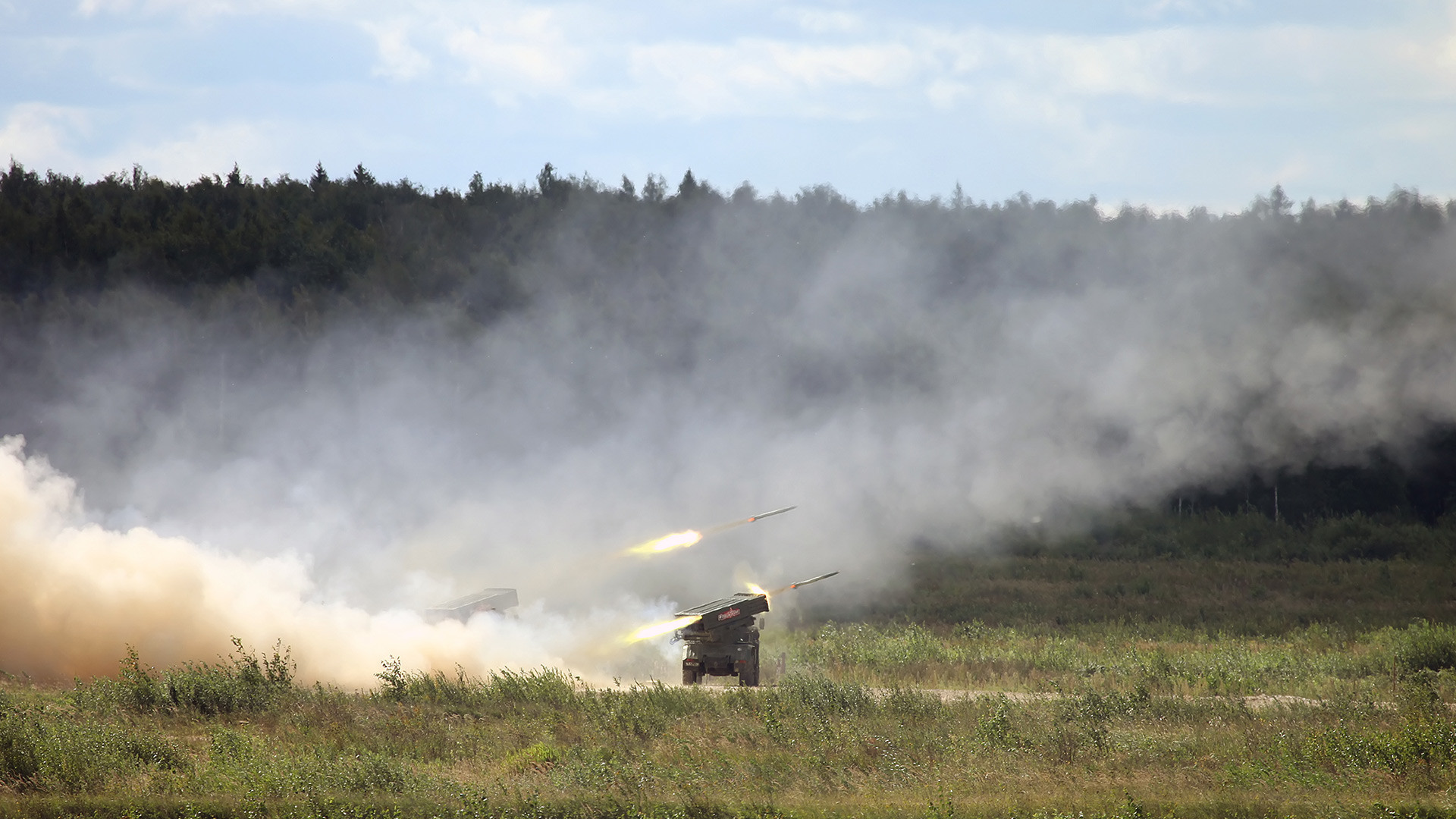 most new military projects, the Tornado is a top-secret weapon surrounded by all sorts of myths and legends. Most of them relate to its allegedly incredible firepower - said to be the envy of nuclear and cruise missiles.

In reality, the Tornado is produced in two versions for missiles of 122 mm and 300 mm caliber. Each system has 40 launch tubes and their salvos look like those from the famous Soviet Katyusha rocket launchers often seen in archive footage from World War Two.

The number of types of rockets for the Tornado has increased significantly as a result of technological developments. Today, it is known for sure that there are four new munitions developed specifically for the Tornado-G: two artillery rockets with multiple charge warheads and two types with high-explosive fragmentation warheads. Their maximum range is around 25 miles, although some Internet armchair experts claim that the rockets can fly all of 60 miles to "grab the enemy by the throat". 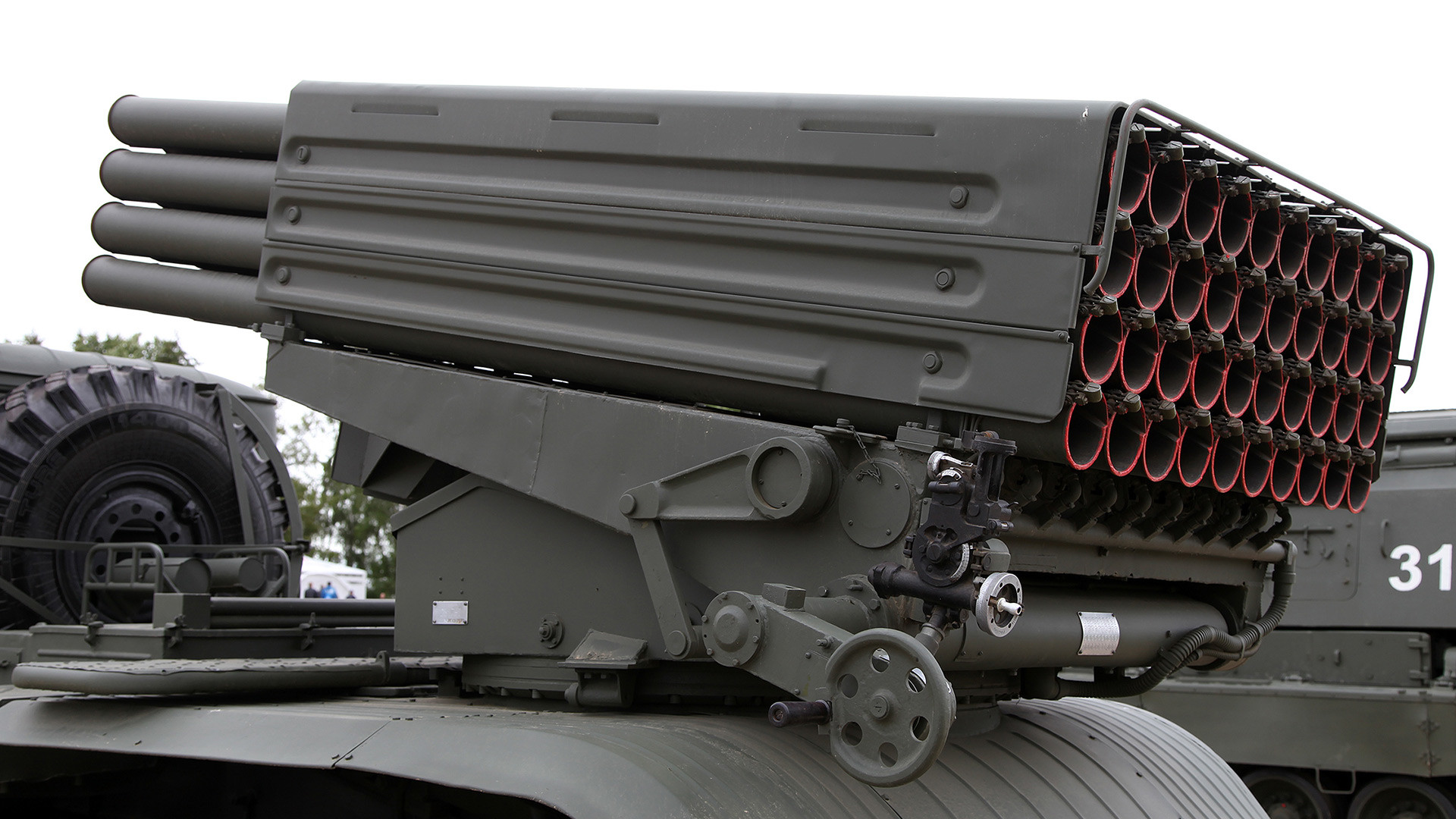 The launcher has also been fitted with a modern remote-action control and guidance system, which allows the crew of two to designate the target, take aim, lock onto the target and deliver fire without leaving the cabin. In addition, the launcher now has a "closed" satellite navigation system that, along with everything else, significantly increases its firing capabilities compared with all of its Soviet predecessors. As a result, the time required for deployment in both emplaced and unprepared positions has been reduced and accuracy of fire improved.

At the same time, it takes the system 20 seconds to fire off its full load of 40 artillery rockets and in another 30 it can go from combat position to travel and moved to a new spot or to cover for reloading.