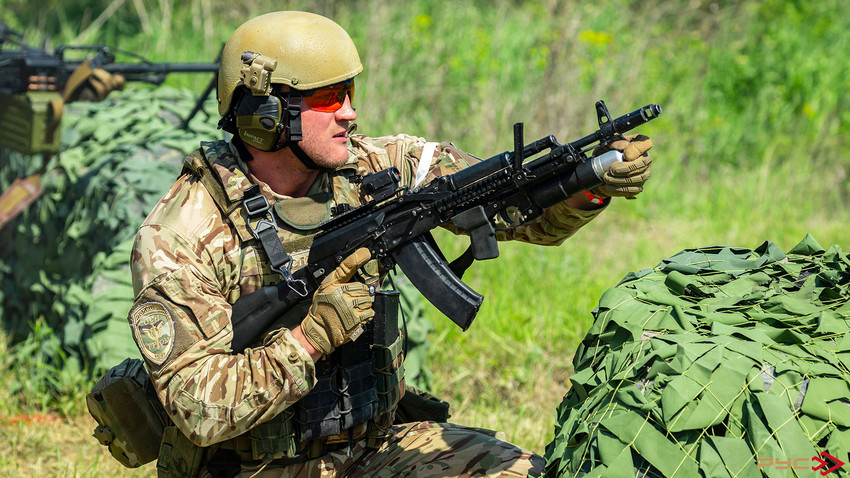 Evgeniy Kel
Did you know Russia has an actual university for Special Forces? Professional competitions for commandos are held at this particular training facility and have plotlines and settings that look like straight from a Hollywood set! Check it out for yourself!

In early May, a training center in Chechnya hosted an exercise for Special Forces units from Russia and the CIS. The best of the best gathered there to share experience and to find out what they are worth.

As part of the exercise, instructors from the Russian Special Forces University recreated various dangerous situations, while the commandos' task was to destroy "the enemy" and save civilians. 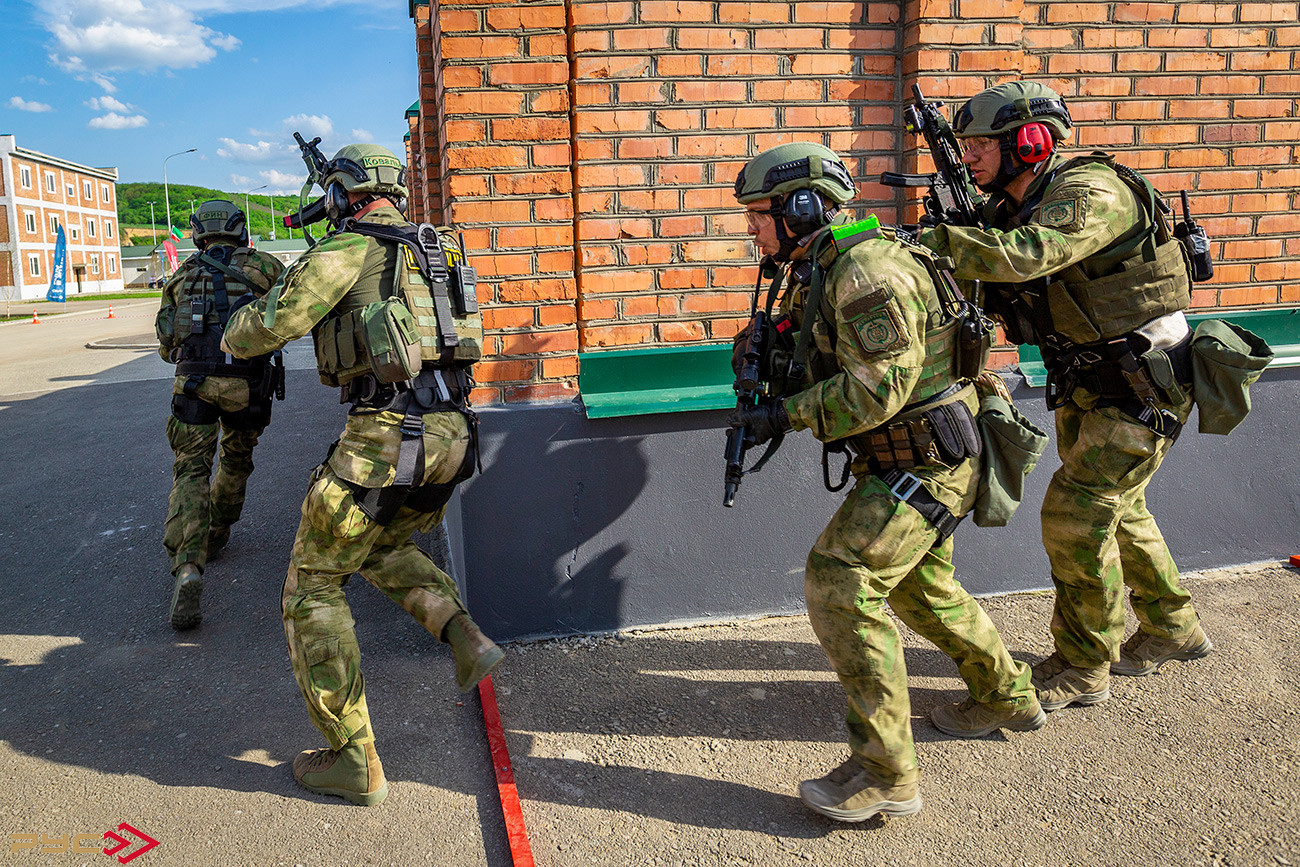 Blocking. A group of operatives take combat positions and block all entrances and exits of a residential country house. “Terrorists” who must be eliminated appear in the windows and doorways. The task is to destroy the “militants” without storming the building. 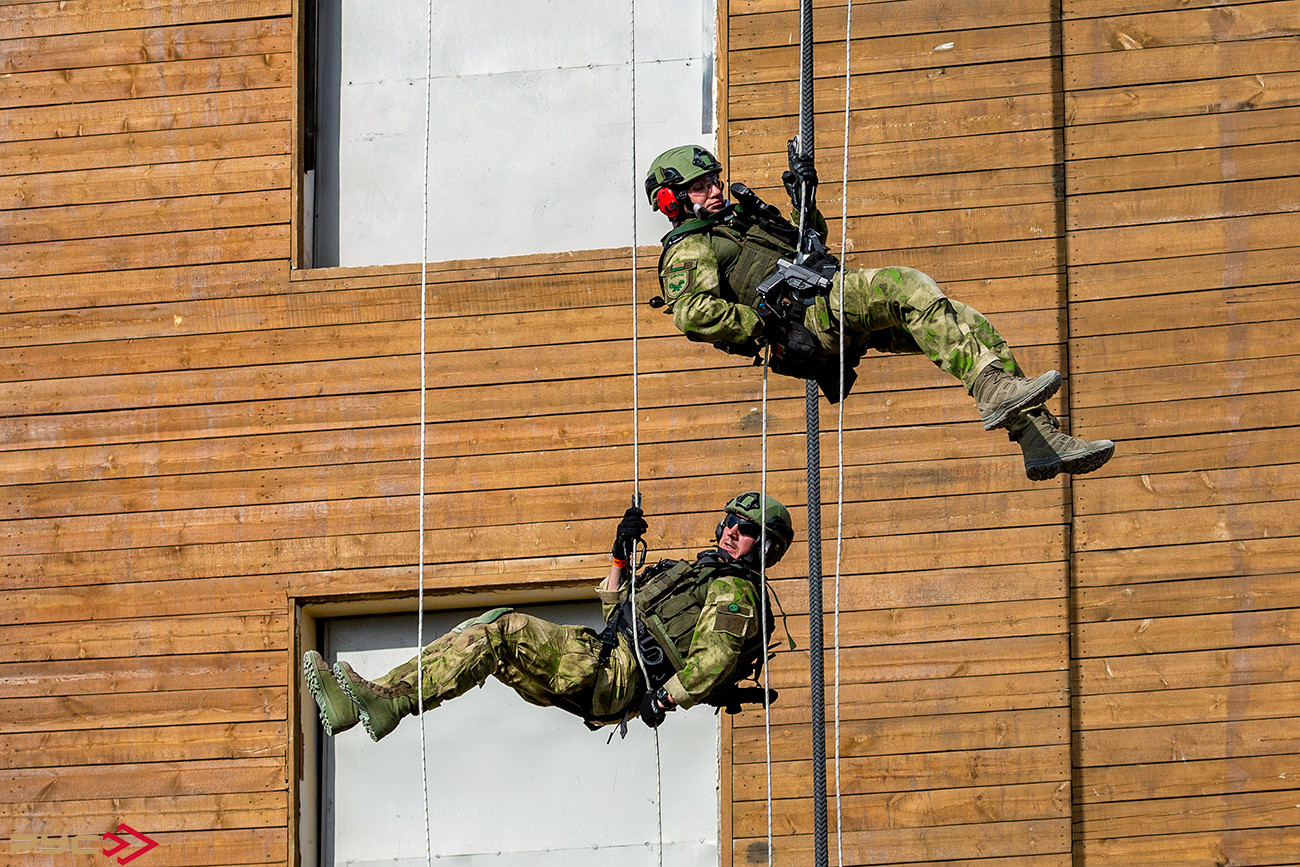 The Diplomat. This is a simulation of a ‘search-and-destroy’ operation often carried out far from cities and residential areas. “Militants” capture a senior diplomat and hold them captive in their mountain base. Reconnaissance teams are tasked with finding the base and passing the information to headquarters, which then dispatches a helicopter carrying a Special Forces unit. First, a sniper takes out the guards on the outer perimeter from the helicopter, after which an assault team, using fast-roping, into the area, neutralizes all the “terrorists” in the building and frees the diplomat. 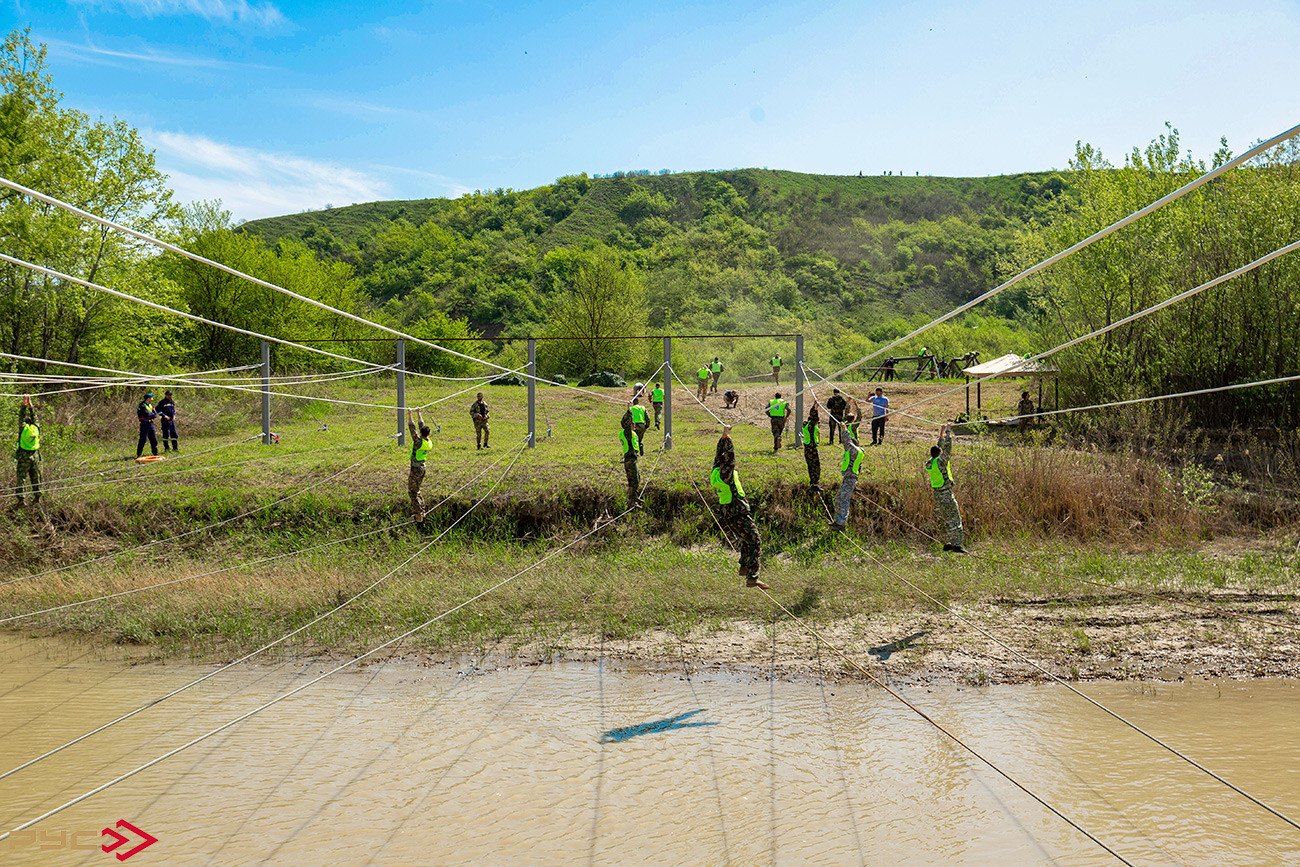 Search. This operation is held in a forest area in the mountains. A team of commandos must cross a mountain river using a Tyrolean traverse, after which they have to locate a "militant" camp and destroy all the “terrorists” in the surrounding area 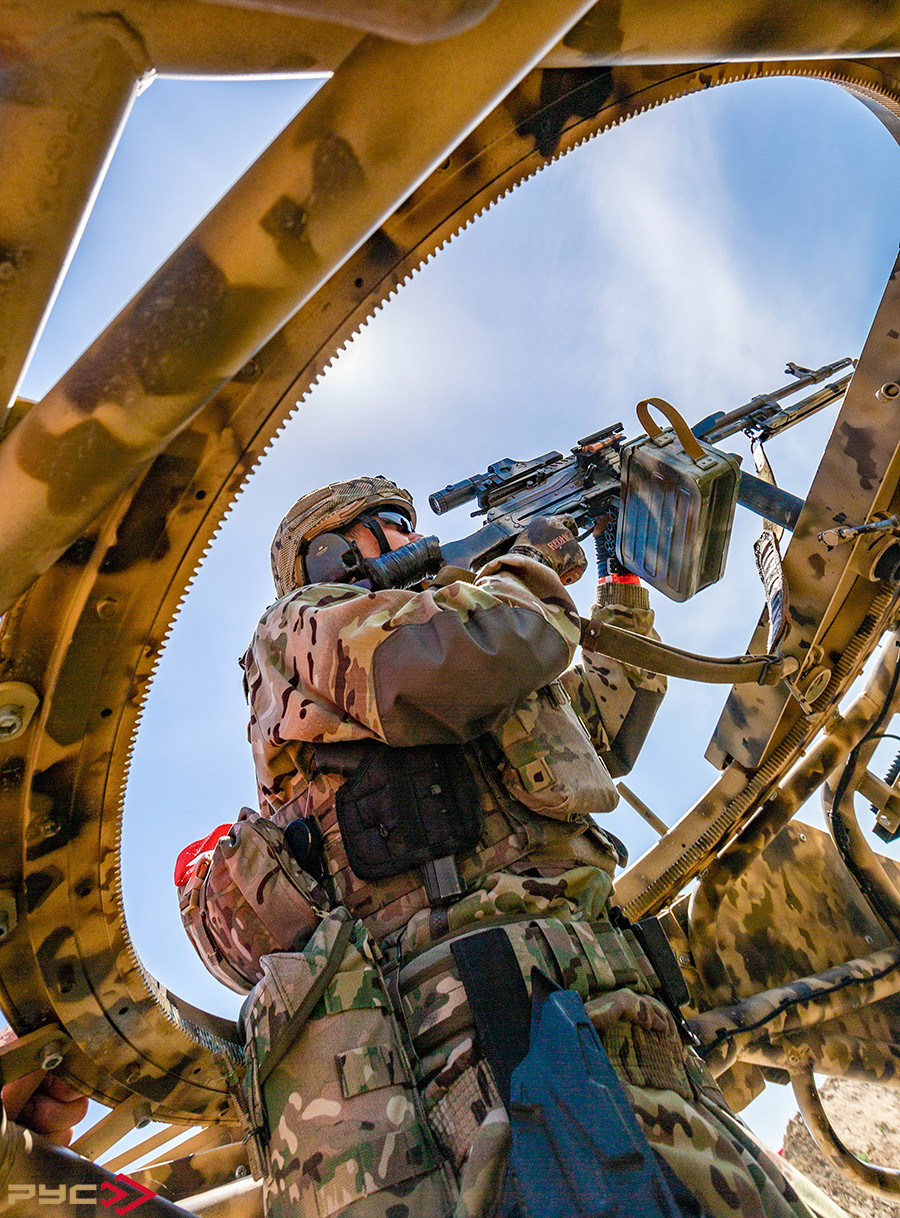 Raid. This is a simulation of fighting that would occur in the Sahara desert in the early 1990s. The commandos must break through enemy defenses on assault vehicles (in this case, dune buggies) and destroy all "militants", who are hiding in shelters 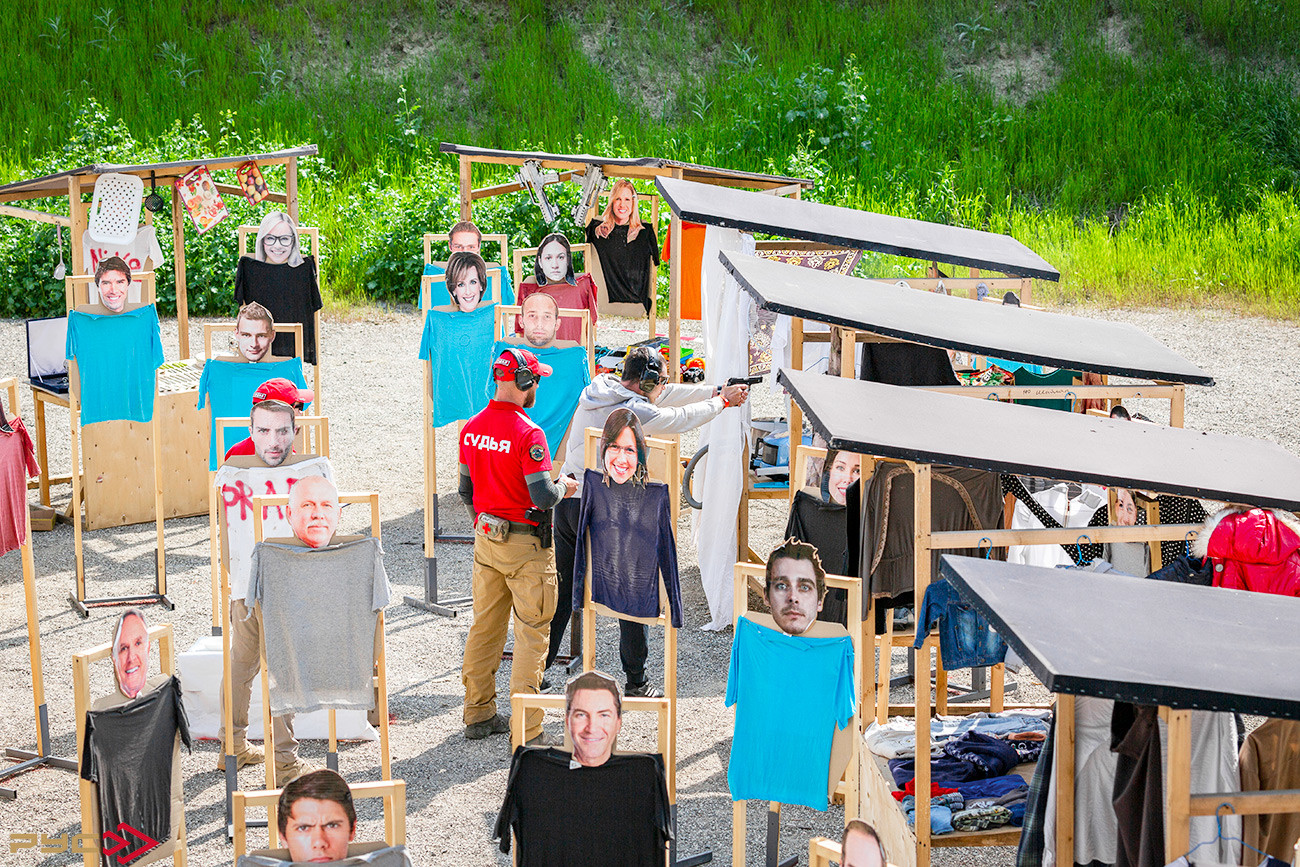 Dusk till Dawn. The task simulates a rescue operation of people from a nightclub seized by "militants". The commandos have to free the hostages while surrounded by loud music, turmoil and a lot of mannequins in different rooms, which they must separate into "good and bad" with the lights off and being blinded by spotlights 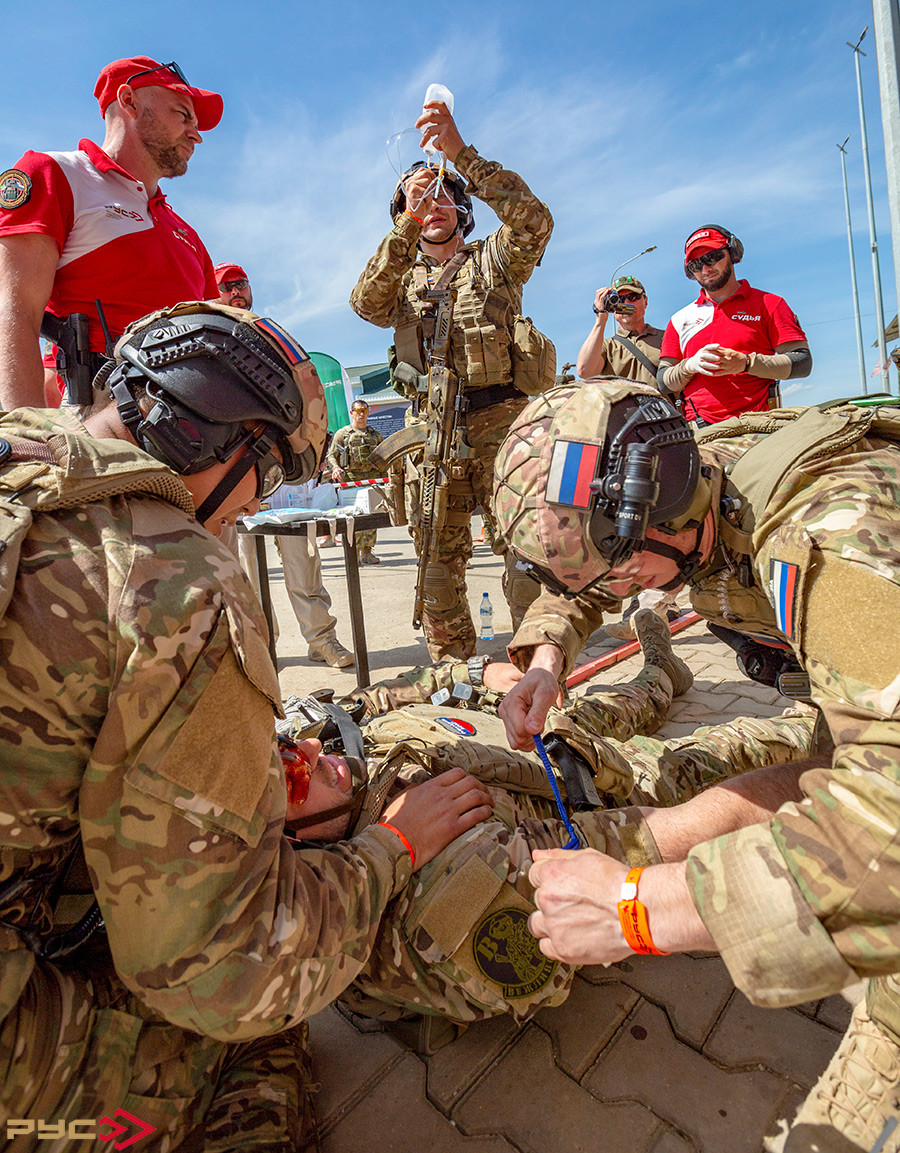 House. This is a reenactment of a battle, in which commandos are suffering losses. One of the soldiers is wounded and his fellow servicemen must bring him to a safe area and give him first aid all while under enemy fire 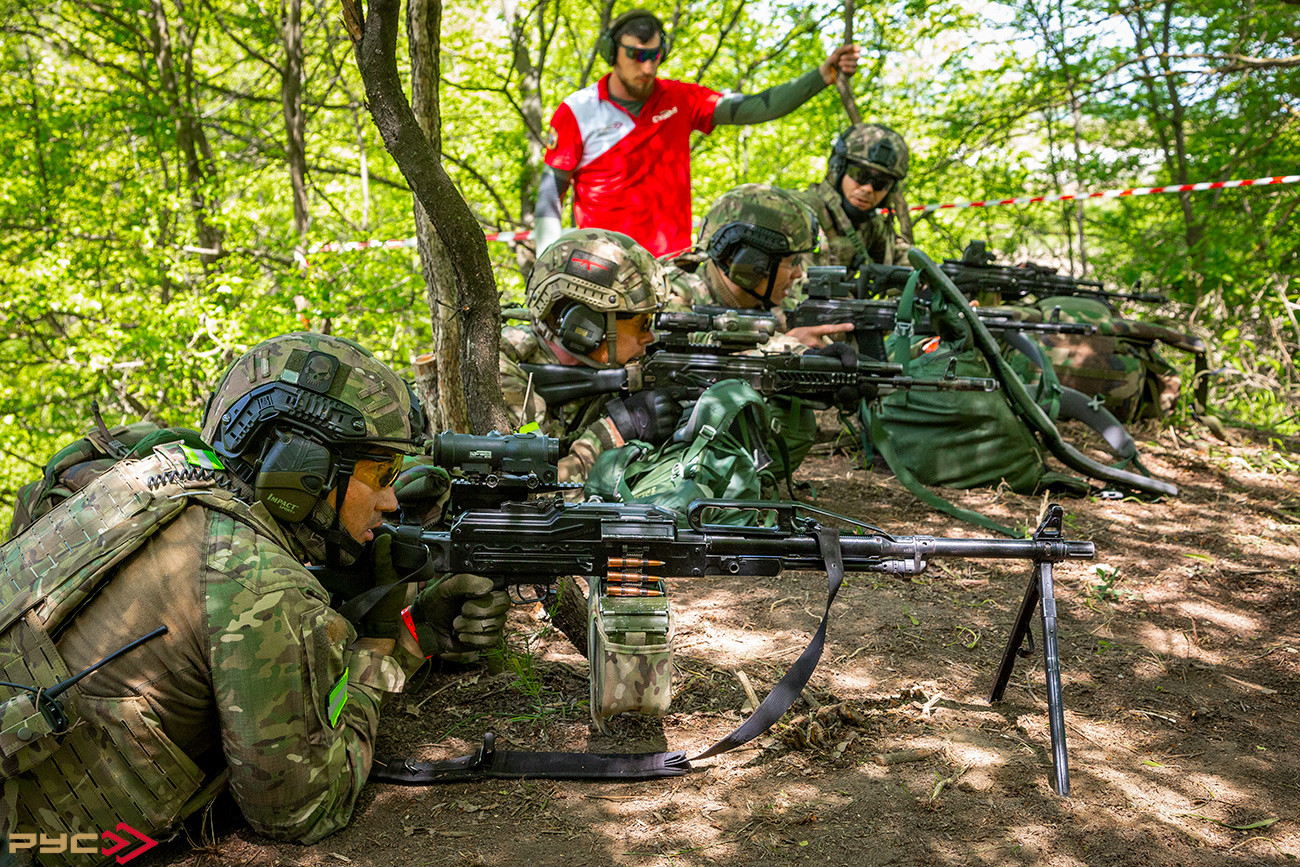 Ambush. A sniper must ambush a convoy of “militants” in the mountains and ‘take out’ their leader with a headshot. Once completed, the rest of the group ambushes, attacks and destroys the remaining “terrorists”. 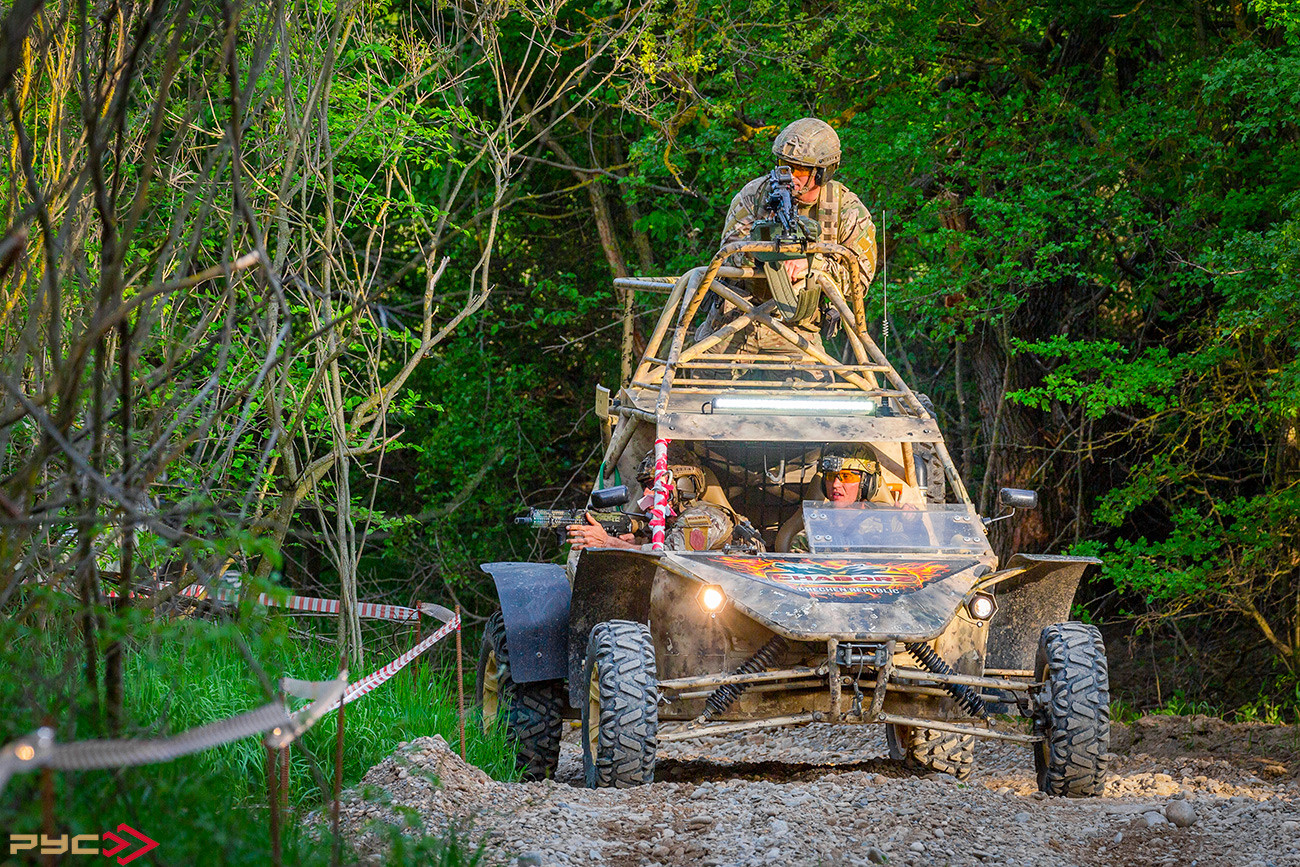 Convoy under siege. This is a reverse situation – "the militants” attack the commandos while they are in dune buggies along a set route in the mountains. The commandos do not come under real fire during the exercise: but they have to shoot moving targets as they try to get away 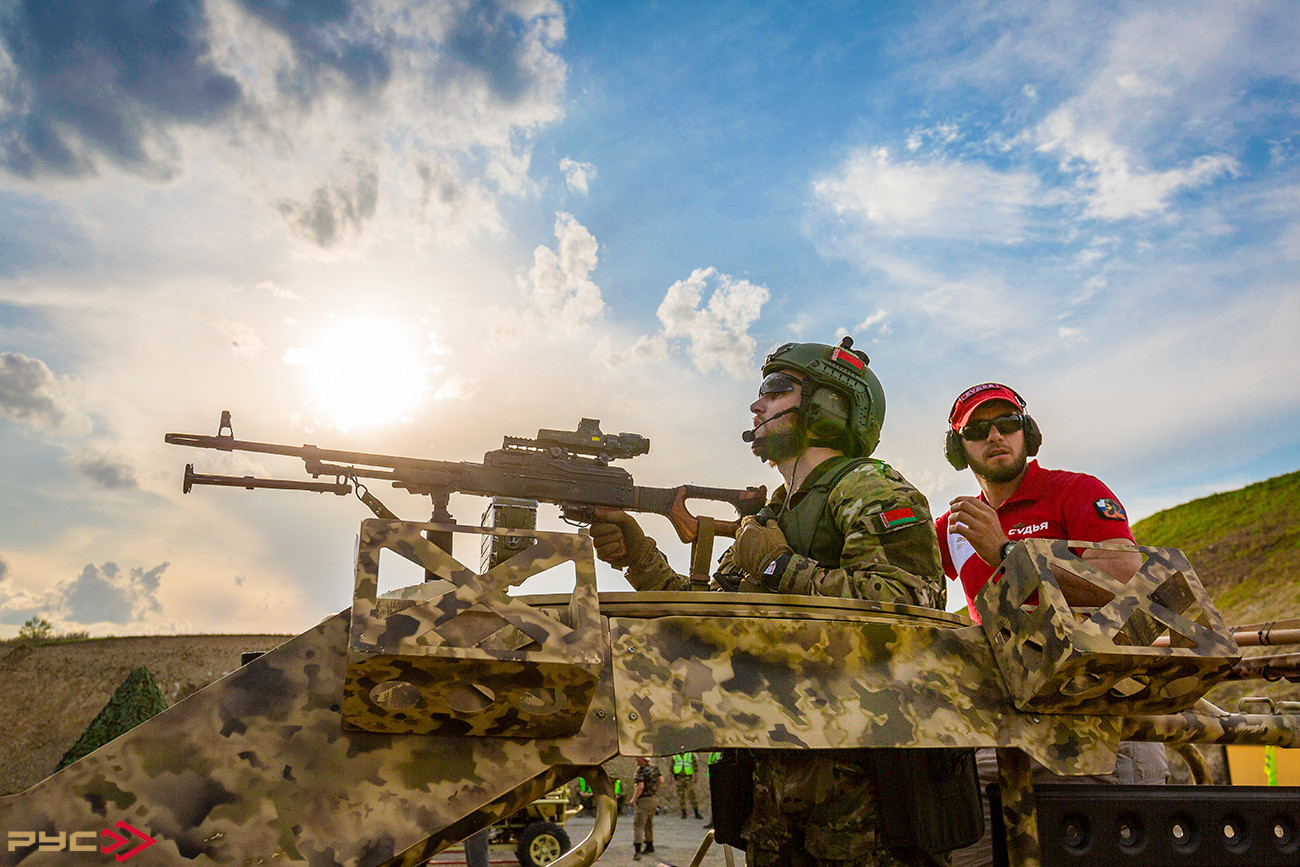 Combat. This simulation takes place in a mountainous and wooded area at night. When moving on the ground or in combat with “the militants”, commandos can only use night-vision goggles; no flashlights or any other source of light. Furthermore, commandos must pass through a mined area, where "the terrorists” have planted tripwire bombs and mines.