Russia is to build 12 ships for Zircon hypersonic missiles 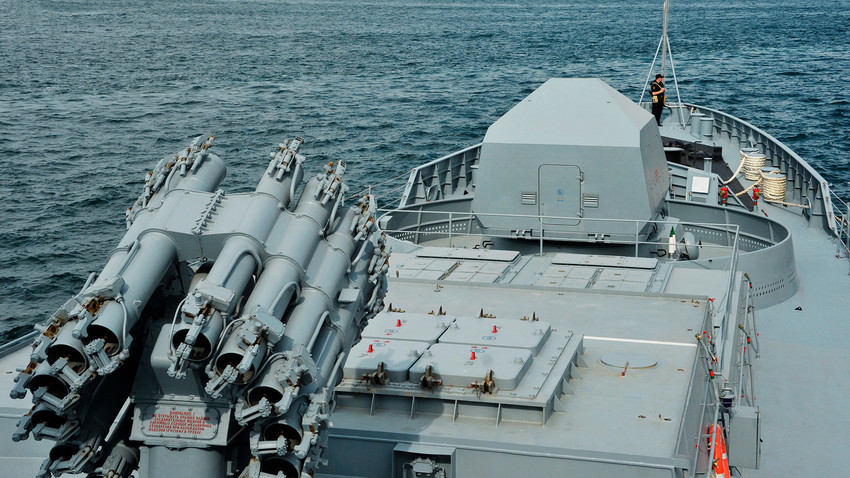 Alexander Melnikov/Sputnik
Each of the ships will carry 48 missiles - the type that no present-day missile defense system can stop.

Russia plans to build 12 modernized Project 22350M frigates, each of which will up with up to 48 Kalibr, Onyx Zircon cruise missiles, Russian media reported in mid-May, citing sources in the defense industry. 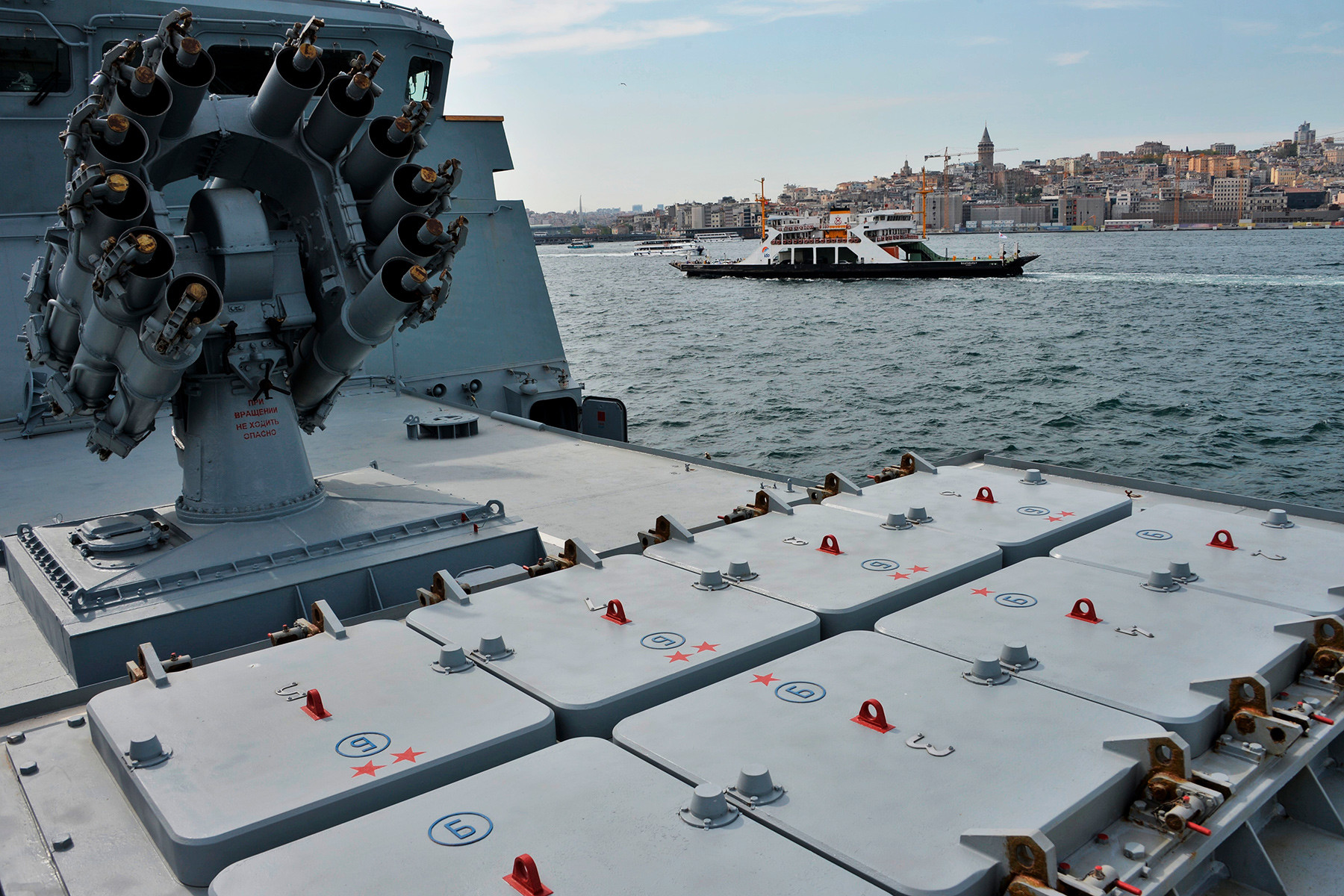 “The flagship frigate in the series is planned to be handed over to the Navy in 2027,” a source in the shipbuilding industry said.

A technical prototype of the ship, with a displacement of 7,000 tons, will be unveiled before the end of 2019. Each of the new ships is expected to have launch chambers that can accommodate three types of the most advanced Russian sea-launched missiles: the Kalibr, Onyx Zircon.

"In total, 12 of these frigates are to be built, 11 of which will be handed over to the Russian NAVY under the new state armament program," the source said.

In addition, the ships will have their own missile defense system, the Poliment-Redut, with ammunition capacity of up to 100 missiles, as well as anti-submarine and torpedo weapons.

The Russian Baltic Fleet already has a Project 22350 ship (but without the letter ‘M’, which stands for 'modernized'), the Admiral Gorshkov.

“It’s a good ship and now engineers must come up with ways to modernize it. First of all, this applies to its weapons, which capacity should increase to the above mentioned 48 missiles. It has also been decided to equip this and subsequent series of ships with a single universal automated fire control system,” a former military analyst with the Izvestia newspaper, Dmitry Safonov, told Russia Beyond.

He went on to add that the ship’s current ammunition consists of just 16 missiles, while its dimensions are about half of the post-upgrade target figures (currently the displacement of Project 22350 ships is only 4,500 tons). 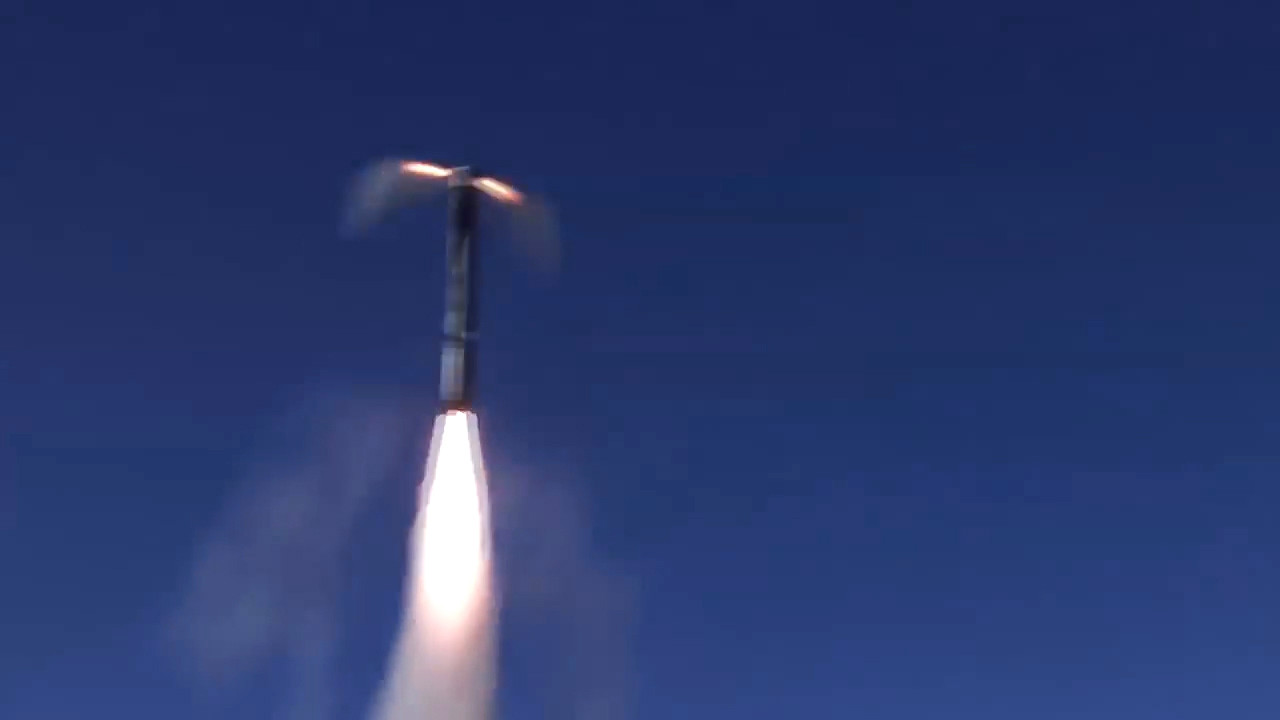 Kalibr missiles are the Russian equivalent of U.S. Tomahawk missiles. In a nutshell, these are sea-launched cruise missiles that fly towards the target along a terrain-hugging flight path and a trajectory that is unpredictable for missile defense systems. Today, missiles of this type are among the most effective and deadly weapons used in fighting against militants.

They have a range of up to 2,600 km and in 10 to 15 years' time, technology will reach a completely new level making it possible to equip these high-precision systems ( hit targets with of up to 30 meters) with warheads that have an explosive power similar to nuclear weapons.

In other words, in effect, this will be a high-precision and weapon that will not create a radioactive cloud or contaminate the terrain.

For its part, the Zircon is the first missile in the world to fly at hypersonic speed, i.e. about 2.5 km per second, which is eight times faster than the speed of sound and has a range of 500 km.

The Zircon is an anti-ship missile and, unlike the Kalibr, was specifically created to destroy enemy ships.

It’s worth noting that so far no other country, apart from Russia, has hypersonic missiles. Furthermore, at there are no effective against these missiles.