5 of the best aircraft of the Russian Yakovlev Design Bureau 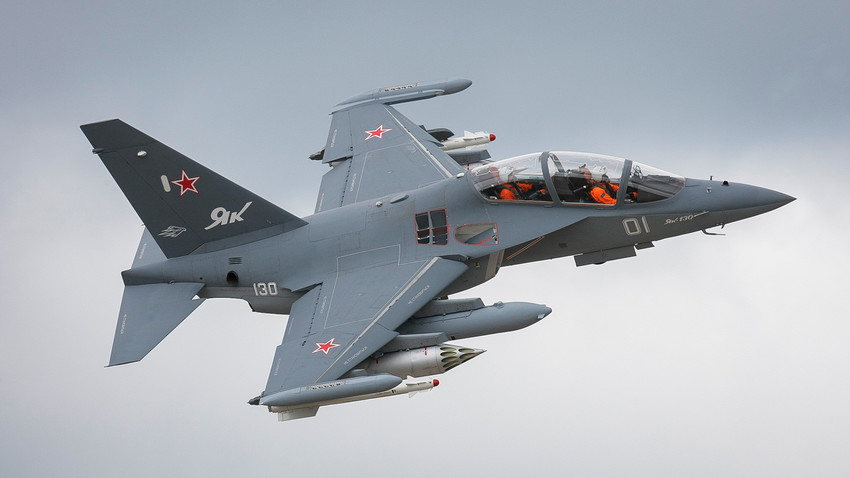 Marina Lystseva/TASS
One of the major Russian aircraft designers, Yakovlev Design Bureau has been responsible for developing over 200 types and modifications of aircraft: from powerful WWII fighters to effective training jets. 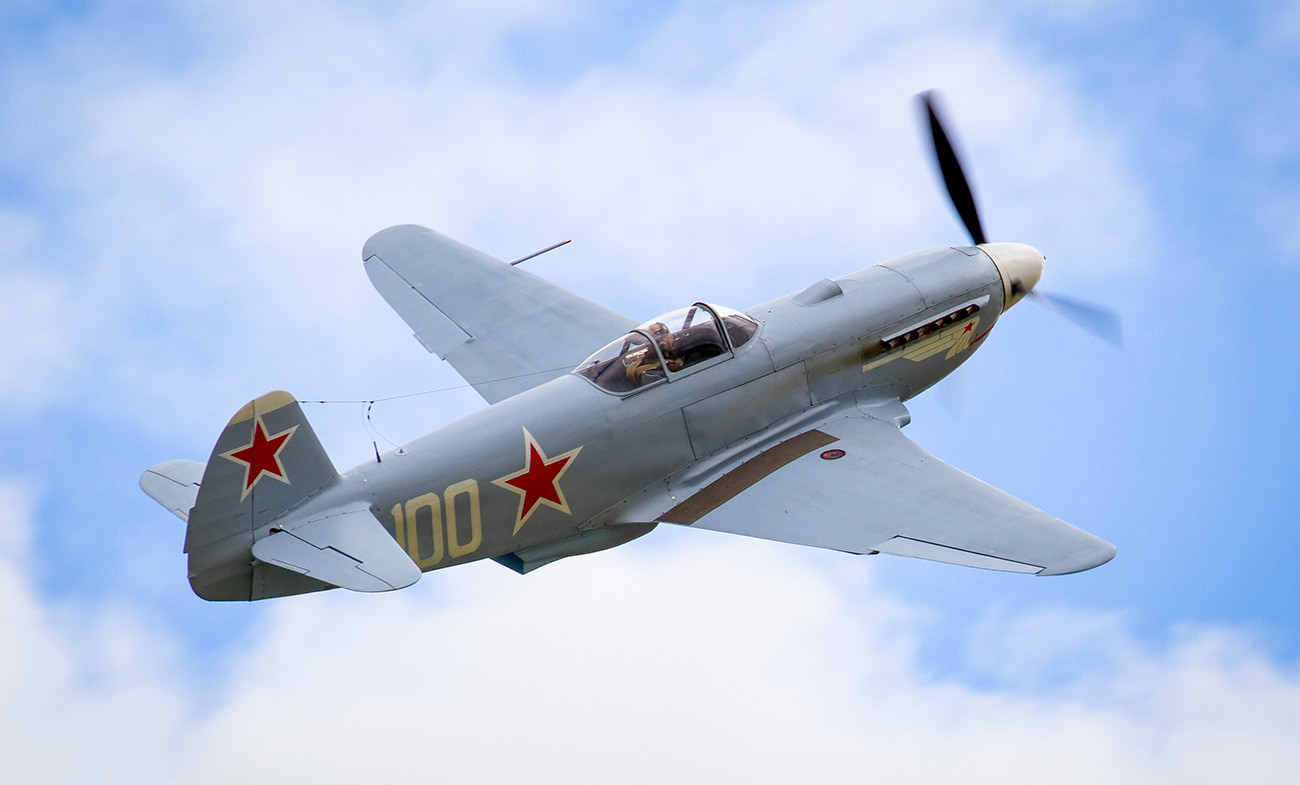 The Yak-3 was one of the best combat aircraft during WWII, not only in the Soviet Union but worldwide as well. The designers made it as light as possible, at the same time significantly increasing its firepower and speed.

A real threat for the best German fighters, Bf-109 and FW-190, the Yak-3 was deployed in the most dangerous combat areas and assigned the most important tasks.

On the 16th July of 1944, a group of 18 Yak-3s engaged in a dogfight with 24 German Messerschmitt and Focke-Wulf fighters. Soviet pilots downed 15 enemy machines, with the loss of only one of their aircraft.

Robust and easy to maintain, the Yak-3 was favored by pilots. French pilots from the Normandie-Neman air regiment, which fought in the Soviet Union against the Nazis, preferred these aircraft to any others, even to British and American ones, which the Soviets received via lend-lease.

When the war was over, the French returned home aboard 37 Yak-3 aircraft that the Soviet Union let them keep to present to the reborn French Air Force. 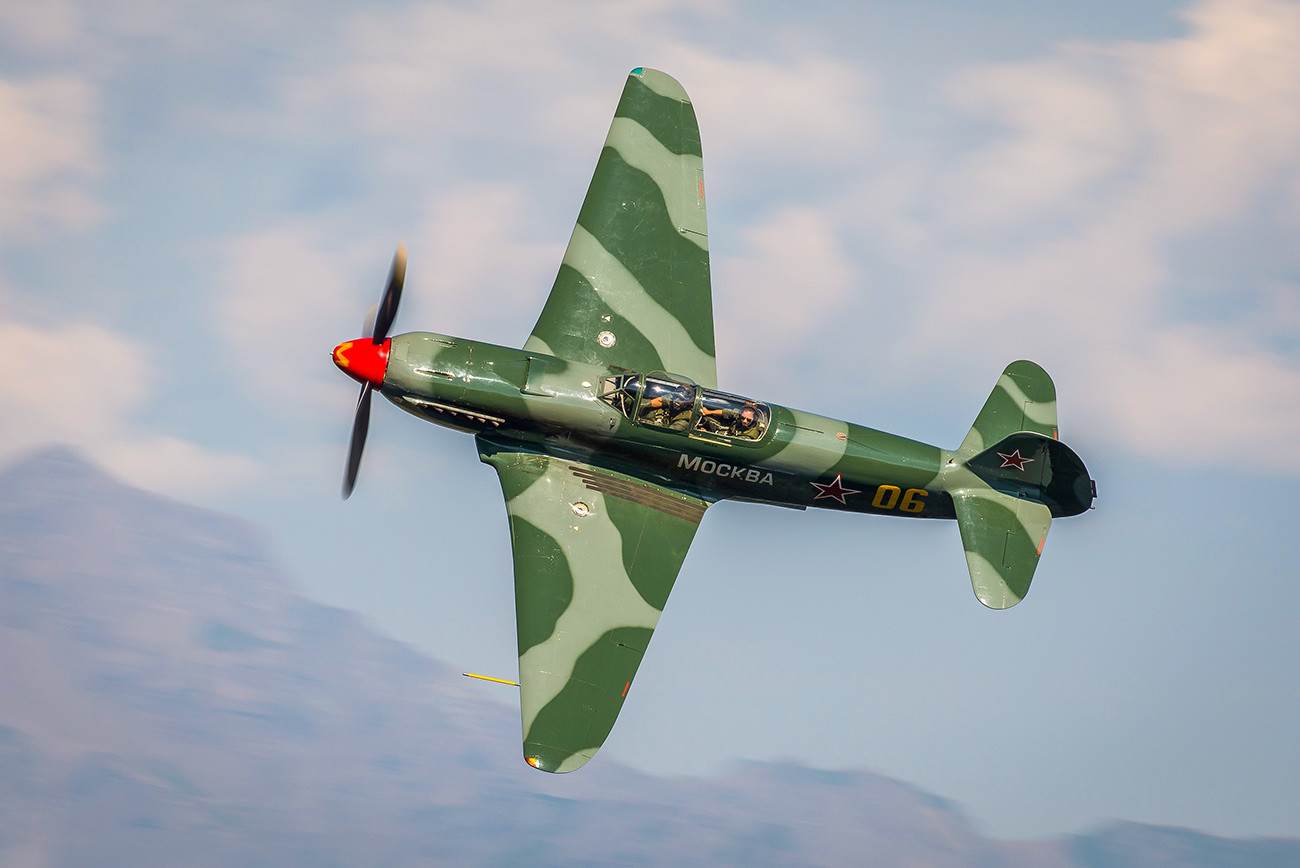 The appearance of Yak-9 in 1942 signified the end of Luftwaffe’s dominance in the skies. A total of 16,769 of them rolled off production lines, making it the biggest Soviet mass-produced fighter of WWII.

The Yak-9 was an ideal platform for turning into different types of aircraft: from fighter-bombers to reconnaissance, passenger and training aircraft. During the war it underwent 22 modifications, 15 of which went into full production.

The aircraft was popular not only with the Soviet Air Force, but among the Allies as well. For some time, a Yak-9 was the personal fighter of James Eric Storrar, commander of the 234th squadron of Britain’s Royal Air Force. 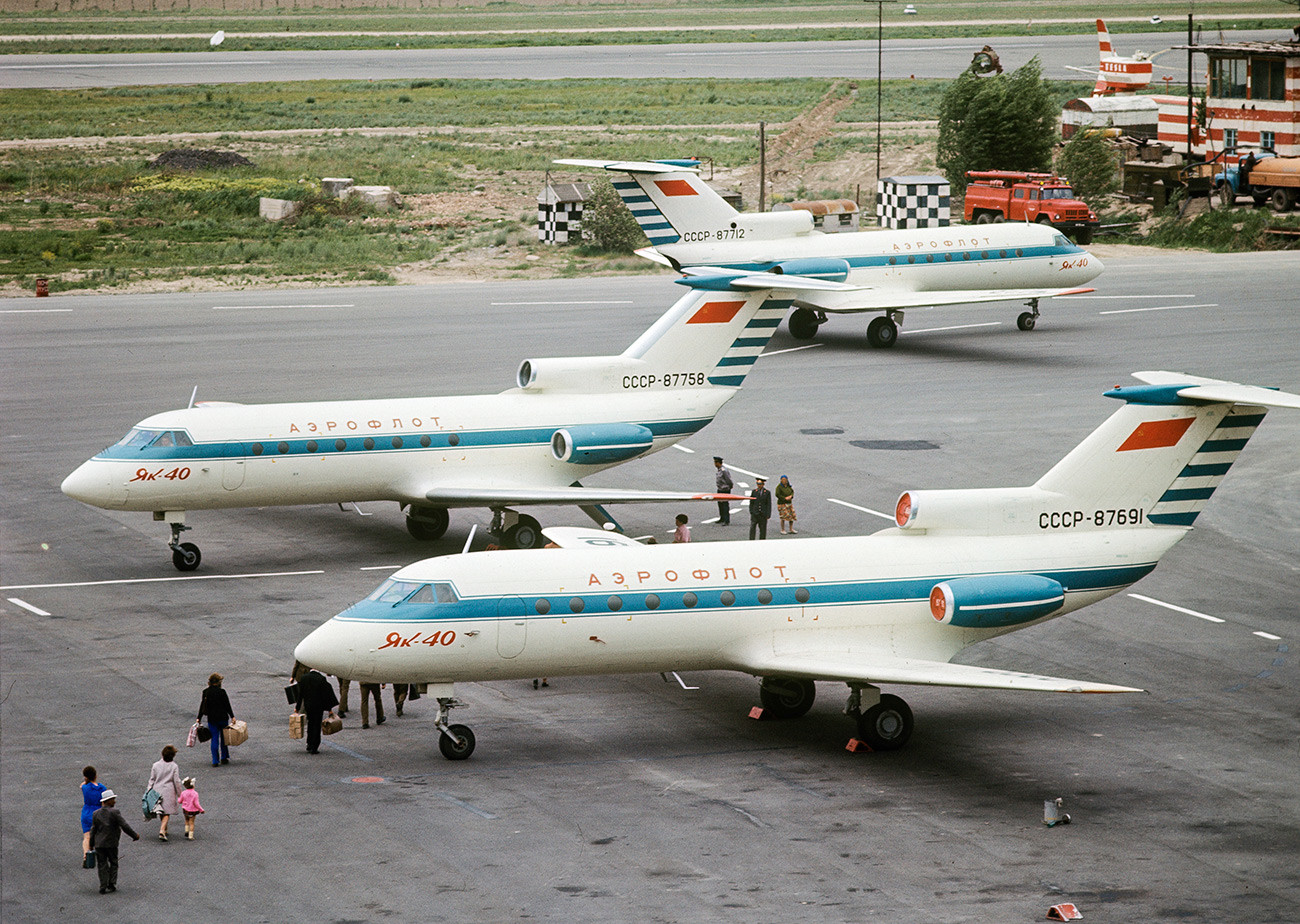 Designed in the early 1960s, the Yak-40 became the Soviet Union’s and the world’s first turbojet airliner for local airlines.

The aircraft had a simple, but reliable design. It could take off even if one of its three engines was broken, and - once airborne - fly with only one working engine.

The Yak-40 lacked overhead luggage racks, so passengers checked in their luggage for safekeeping in a special vestibule in the saloon.

In incidents where Yak-40s were lost due to crashes, the majority were caused not by technical failures but human error. A dozen were lost while serving in combat zones in Angola, Libya and other locations. 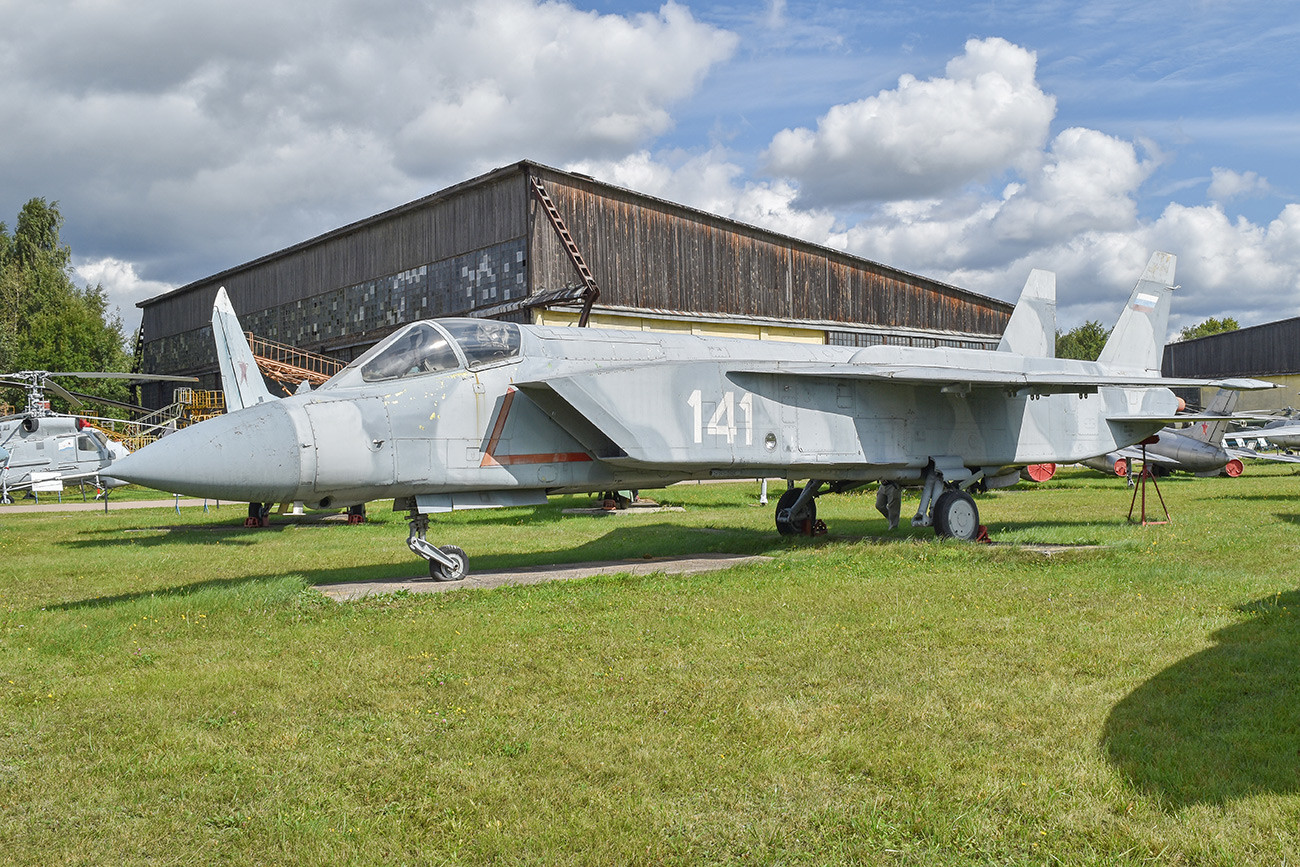 The Yak-141 was a promising supersonic vertical takeoff/landing (VTOL) fighter aircraft, which was designed to be the main machine for Soviet aircraft carrier strike groups.

In technical terms, the Yak-141 surpassed its predecessors (Yak-36 and Yak-38), as well as its foreign counterparts (Harrier, Dassault Mirage IIIV) and took part in the struggle to become the best naval VTOL aircraft.

But history proved too powerful an opponent for the Soviet machine. The collapse of the Soviet Union and the subsequent termination of funding brought an end to the project. The fighter had four prototypes, but never went into serial production. 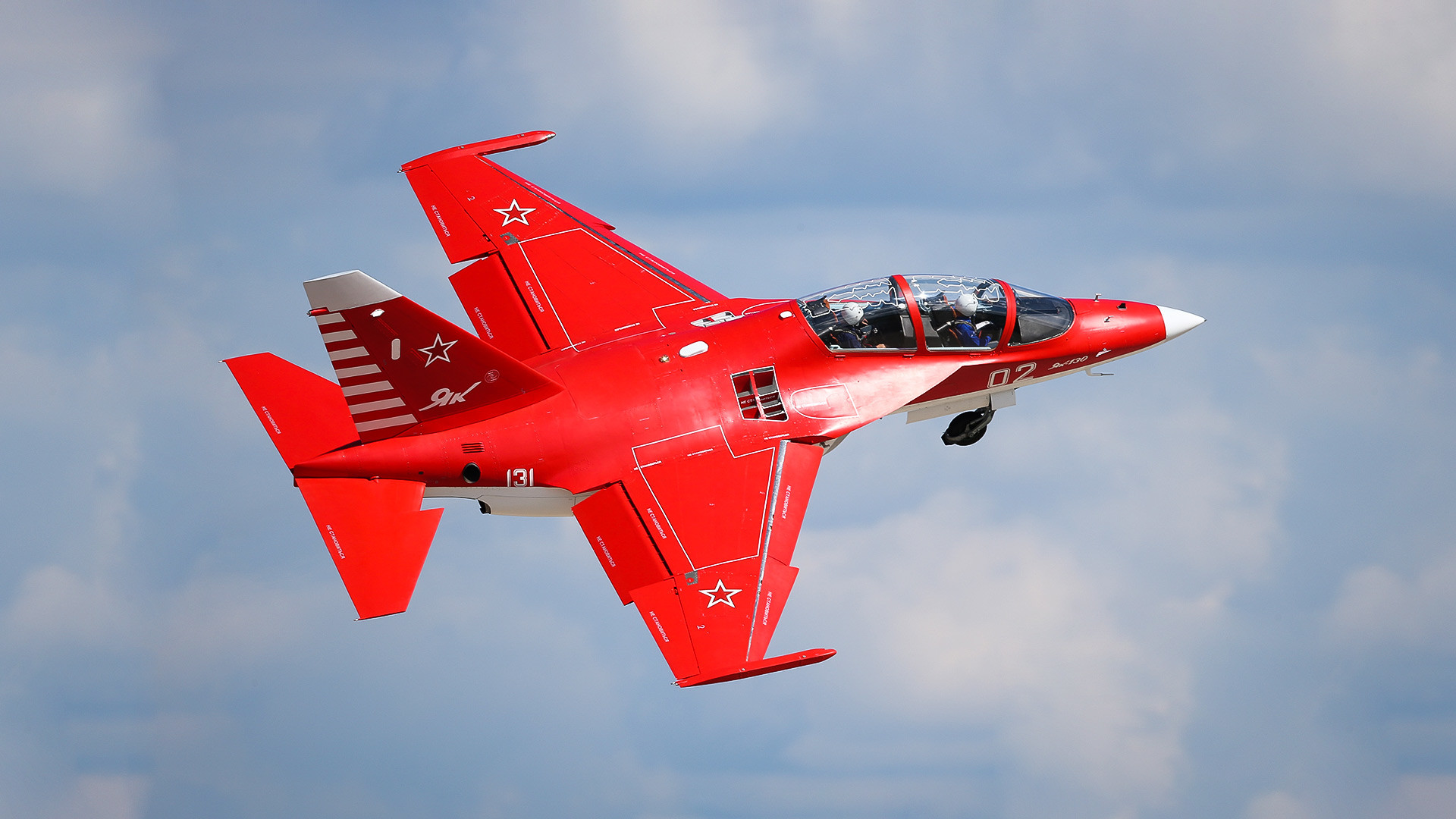 The Yak-130 is the main Russian jet trainer, which allows military pilots to perfect their take off, landing, navigation and complicated maneuvering skills. It has the unique feature of mimicking the flying characteristics of a number of fighter aircraft, including the  F-16 and Chinese-Pakistani JF-17.

In combat situations the Yak-130 can be easily turned into a light attack aircraft, able to attack ground targets and low-speed air targets - helicopters and drones.

A joint project by the Yakovlev Design Bureau and Italy’s Aermacchi, the Yak-130 is the first aircraft that was designed and produced from scratch in Russia, since the collapse of the Soviet Union in 1991.