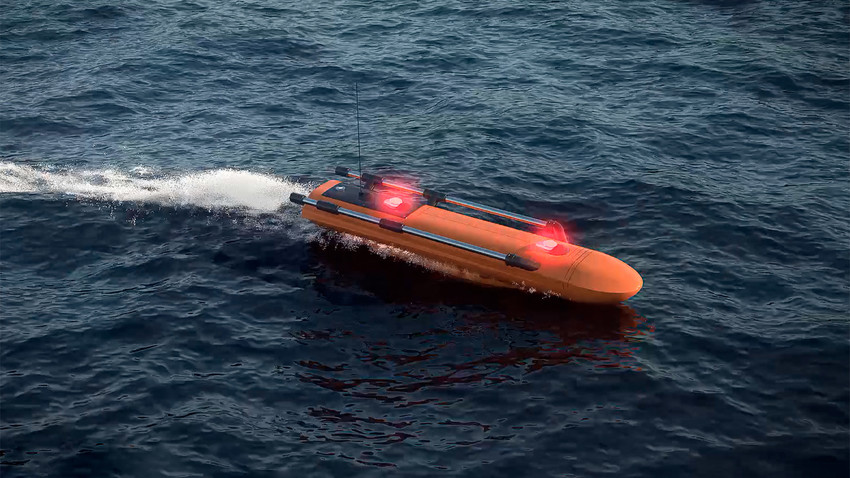 RADAR MMS
The system autonomously locates survivors in shipwreck zones and unfolds into a rescue capsule.

In late June, at the Army-2019 weapons show in the Moscow Region, Russian engineers unveiled their latest development – the Aurora search-and-rescue drone with artificial intelligence, able to independently find drowning people and transform into a life-raft

“The robot features AI and neurotechnologies, enabling it to search for people at sea with its ‘technical vision.’ It’s our own in-house development and knowhow,” said Ivan Antsev, executive director of RADAR MMS and a candidate of technical sciences ( in engineering).

He explained that special neurons and data are loaded into the drone’s AI that able to distinguish people from debris in the water.

“Our robot is already being used by the Russian Ministry of Emergency Situations,” added .

He noted that he knows of no such foreign developments able to autonomously search for people at a crash site and swim up to them.

How does the drone get to the disaster zone?

At the crash site, Aurora is dropped from helicopters equipped with search locators, and optometric and radio-electronic stations.

This type of helicopter can take off and land at unequipped sites both in urban areas and at sea. At the same time, it is able to detect objects (ranging from a sinking ship to an oilfield) in conditions of heavy rain and fog, i.e. zero visibility.

Currently, there are two versions of the helicopter: large, which can carry up to 150 kg, and small, to which one Aurora drone is suspended.

Each of the machines monitors its vicinity at a range of several kilometers, and “sees” everything underwater at a depth of 100 meters from its bird’s-eye perspective.

Besides the Ministry of Emergency Situations, RADAR MMS helicopter drones are deployed by Gazprom and Rosneft for rescue operations at oil-and-gas rigs at sea, and to search for new offshore deposits.