Science & Tech
Igor Rozin
Vitaly V. Kuzmin/www.vitalykuzmin.net
In a single minute it can riddle the enemy with 750 rounds - if the need arises.

The modern AK and M-16 automatic rifles that we have got used to seeing in the hands of special ops forces in films are perfectly matched to fighting in open terrain, but they are quite unsuited to the “ground rules” of warfare in built-up areas. Instead of the famous AK-74, urban special ops forces have been equipped with a series of Vityaz submachine guns that use the internationally recognized  9-mm round. 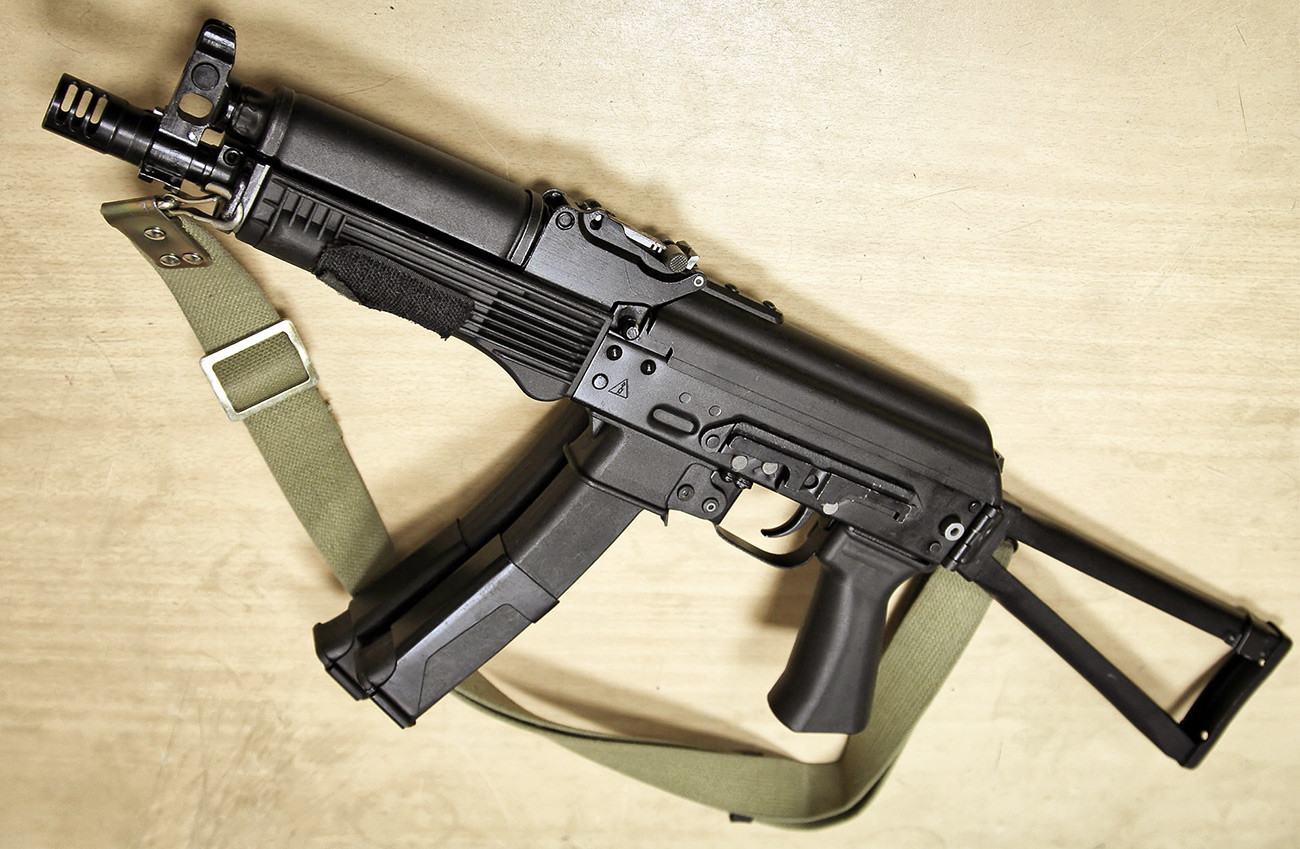 far as the Russian 5.45 x 39-mm caliber "special ops" AK is concerned, it is a lethal weapon with rounds that can go clean through a human (and sometimes even walls). This is its first disadvantage, which negates its strengths in urban fighting. The trouble with it is that it can hit a civilian who just happens to find himself in the wrong place at the wrong time.

Because of this, the ‘Russian MP5’ had to be developed for urban special ops troops - the Vityaz submachine gun with 9 x 19-mm pistol rounds.

The weapon takes 9 x 19-mm cartridges and can use the full range of ammunition of this caliber - of both Russian and foreign made. And, as a result, it could potentially service NATO units.

What’s more, it has a detachable 30-round box magazine. It’s interesting to note that the weapon comes with two magazines; they can be joined together with a special fastening device.

The submachine gun, moreover, weighs only around 3 kg and is just 46 cm in length with folded stock (and around 70 cm when extended). It has a barrel length of 23 cm, which, combined with its ammunition, gives it a maximum effective range of 100 meters.

A key detail is that the AK family’s characteristic rapidity of has been maintained - at 750 rounds a minute.

The Vityaz submachine gun uses a blowback method of automatic operation, while it fires from a closed bolt. The firing rate is fairly smooth, and if any malfunctions do occur they can be fully attributed to the use of poor quality ammunition.