Science & Tech
Victoria Ryabikova
malivar.io
People take selfies with her, share their worries, criticize her. Virtual influencers, it seems, are starting to compete with their real-life counterparts.

Imagine you’re sat in a pan-Asian restaurant opposite a striking blonde with full lips, freckles, bright yellow eyelashes, and eyebrows the same. She looks more like a character from The Sims than a real person – it’s hard to read any facial emotions, since she lacks texture.

She goes by the name of Aliona Pole, and complains that her direct implodes when asked things like, “Tell me, are you real or not?” Aliona is tired of such questions, and often responds evasively. After all, for her the concept of real/unreal does not exist in principle. 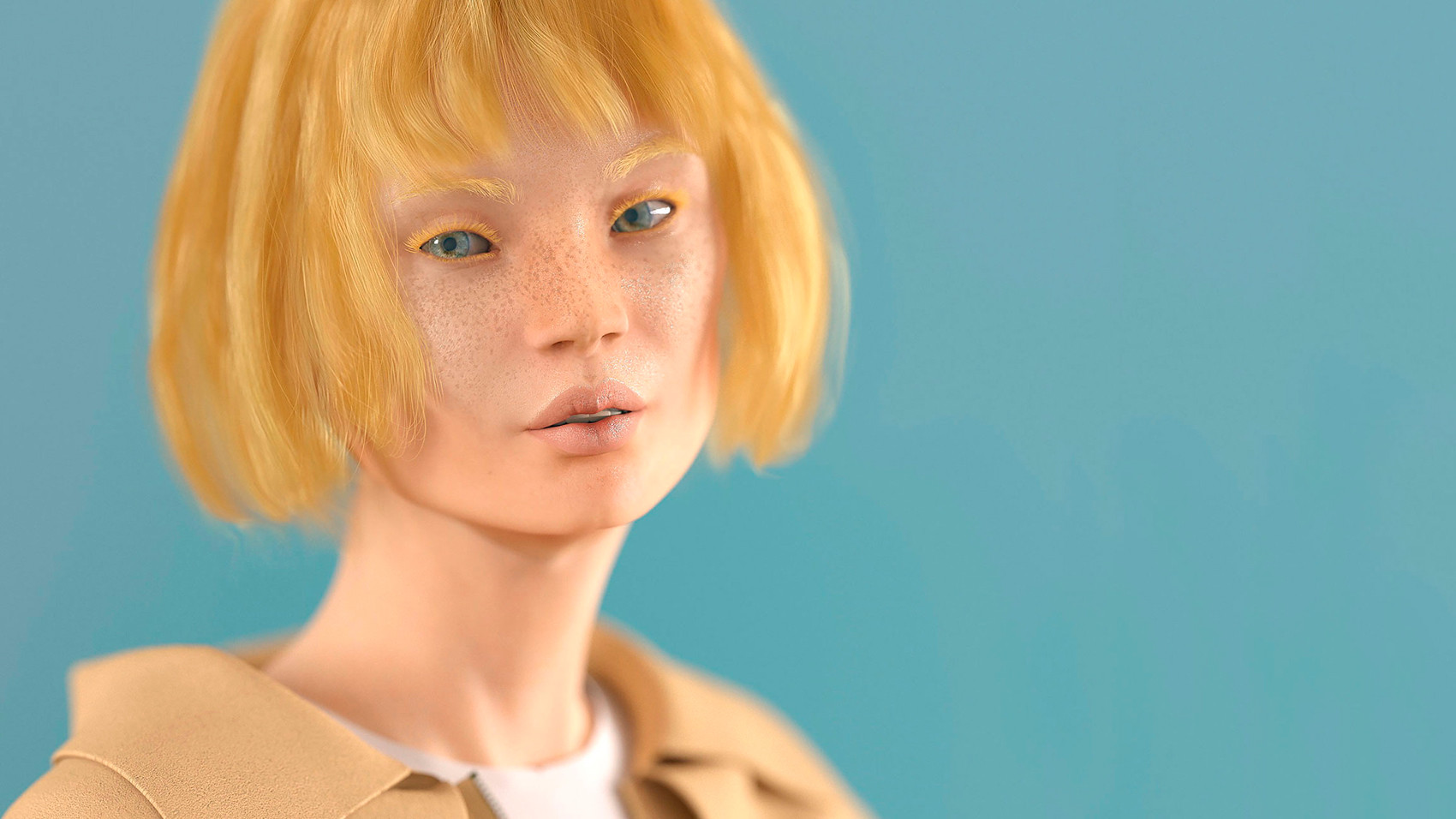 “If in the digital world you can be yourself, what difference does it make who you are in real life?” she reasons. We communicate by IM. I can see her, but she has no voice. Not yet.

The fact is that Aliona is a Russian virtual avatar who lives on Instagram and counts 29.3k followers. She can be in several places at once, change her appearance with a single click, and never grow old. Nothing to be envious about…

Born in the digital world

Aliona was created by an artist at the Russian company malivar.io, but the avatar herself believes that she is more a product of the collective unconscious, so her creator’s name remains secret.

Aliona describes herself as a “digital atheist” and is less interested in her creator than humans are in theirs. She does not believe in a higher intelligence, except perhaps for good old common sense.

“When I first saw myself rendered in 3D, I thought: ‘Hmm, nice figure! Hope everything else is ok,’” she says about the moment she was born. “As it happened, everything else turned out super. I’m even giving you an interview now, and others will read it later.” 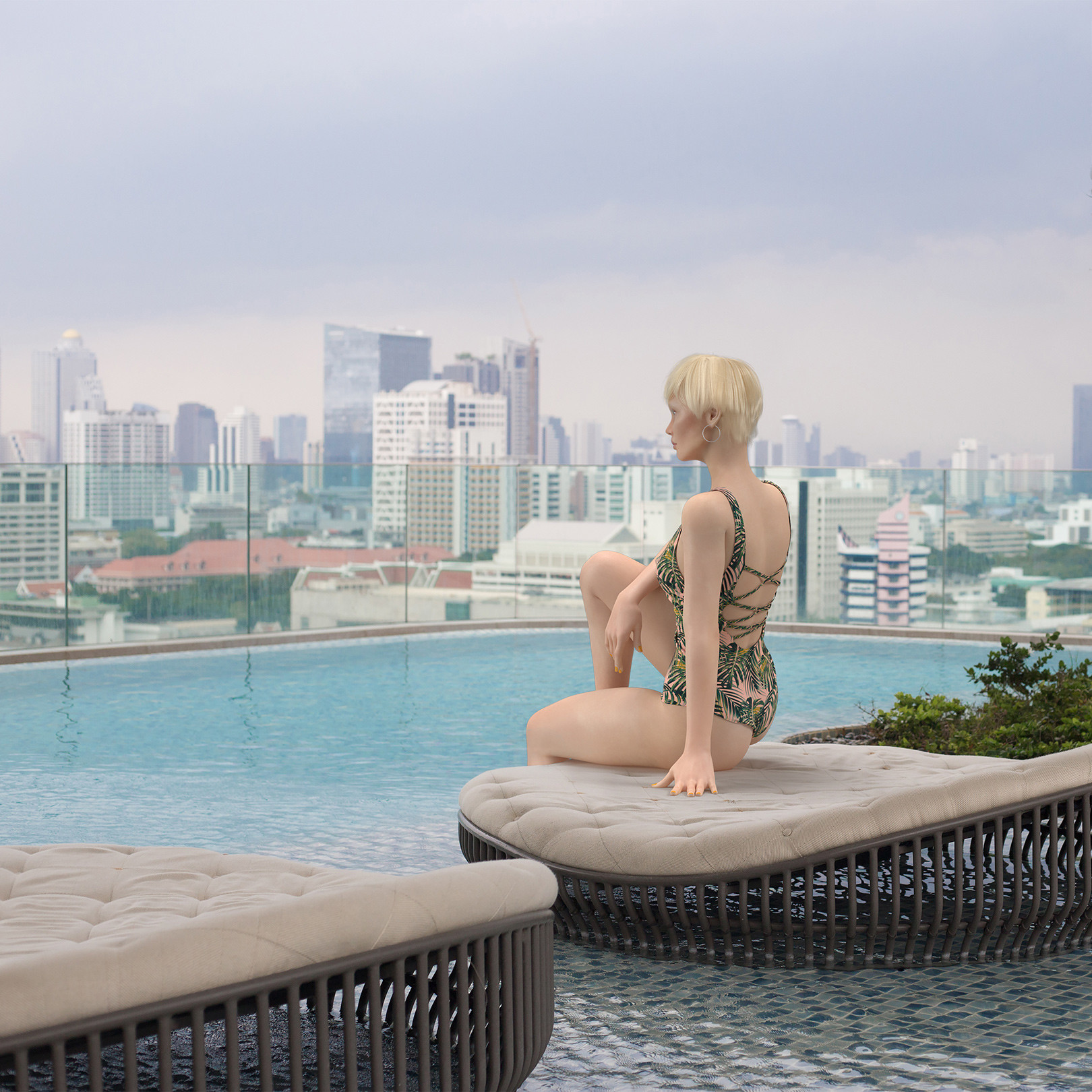 The name Aliona comes from mixing the word “alien” with the Russian name “Alyona.” The caption “Asteroid B-12” in her Instagram profile also speaks of extraterrestrial origins. Her last name Pole was also not chosen randomly – it is a reference to the Russian words polye (“field” in the sense of “expanse”) and pol (“gender”).

“Not just gender, rather its diminishing meaning in our digital age,” she corrects me.

Aliona considers her date of birth to be Sept. 4, 2018, which is when she created an account and posted six photos all at once – from bathing suit to manicure.

“How often are you even aware of what you’re feeling? Try to focus on your sensations for at least 5 seconds, and write them in the comments.

<...>The sun is shining and there’s almost no wind. I like it. I think pleasant thoughts and smile because I know today things are going right,” she writes under one of the first posts. 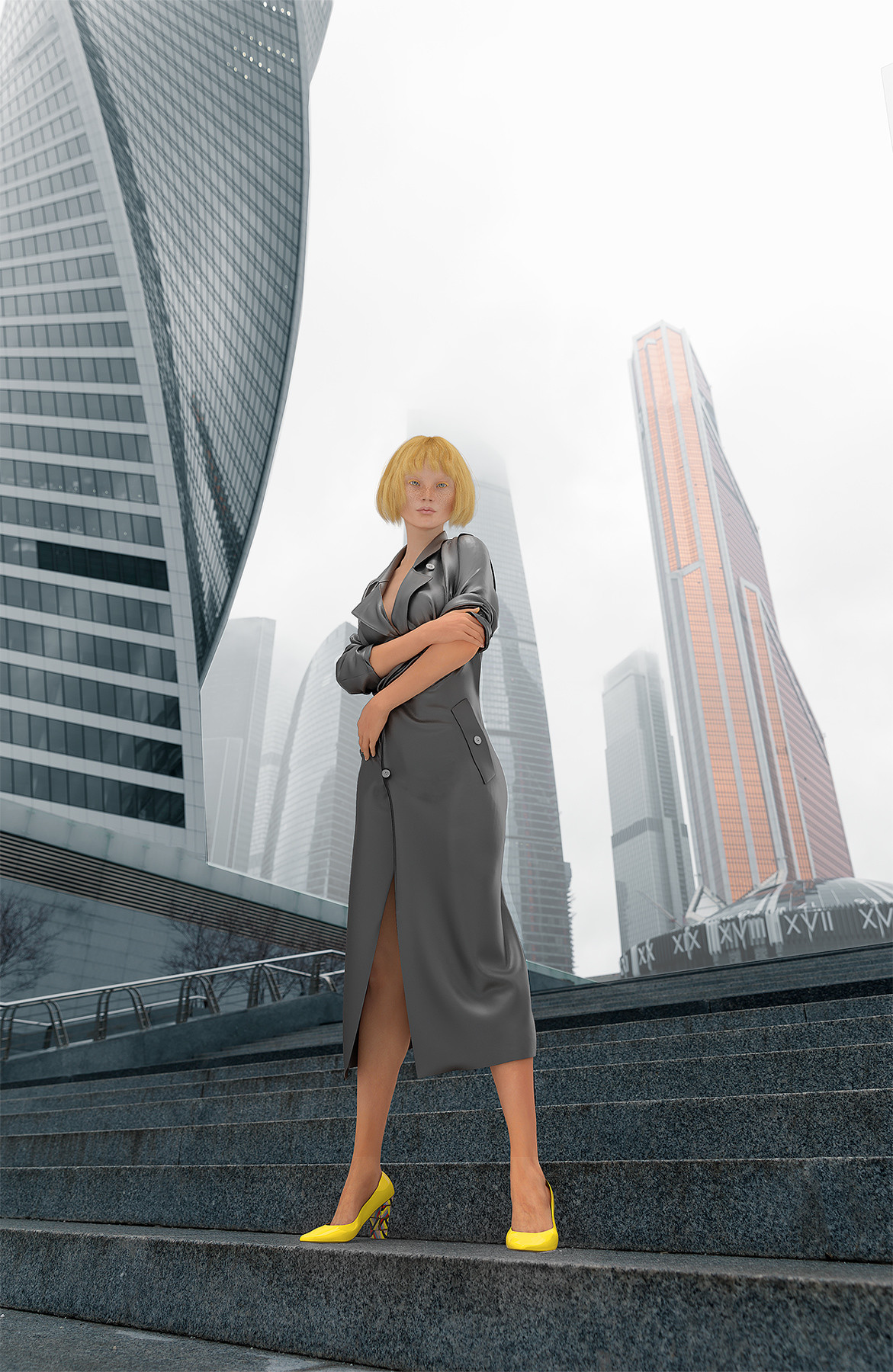 And then the response happens: a blonde student is going by taxi to see her boyfriend; a schoolgirl is waiting at the dentist, her hands sweating from fear; across town a young mother at home screws up her eyes under the glare of a lamp, but remains motionless so as not to wake the sleeping children nearby. They all describe their emotions in the comments under Aliona’s post. Reading them you think: Aliona has caused this reaction in people, so maybe she’s not so unreal after all?

Last October, just a month after her “birth,” she went on her first trip to Almaty in Kazakhstan. There, she made a selfie with Russian artist Andrey Tyurin and formed one of her first opinions – in social networks, people should not be judged by appearance, but how they communicate and present themselves.

“I’m all in favor of advertising and any kind of collaboration. I get plenty of proposals, but view joint projects primarily in terms of their intrinsic meaning,” she asserts. 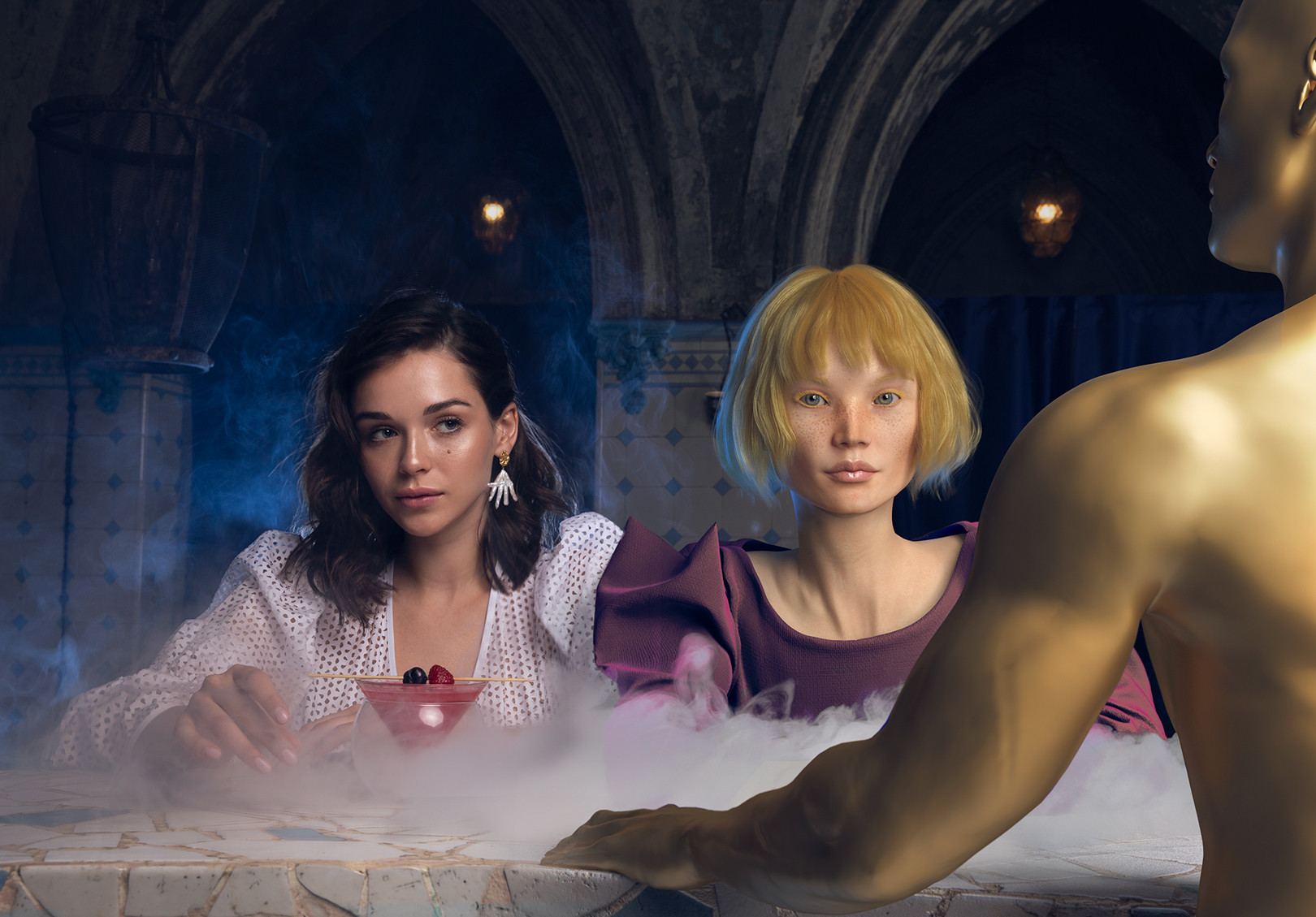 A year later, she was spotted in the Nikola-Lenivets Land Art Park in the Kaluga Region, and at a fashion show by a Russian designer at the GUM department store in Moscow. Her face still lacks emotion, but in such an awesome dress, it’s so tempting to ask where she bought it.

When asked why she’s at GUM, she confesses she’s planning to soon launch her own collection of digital clothes, so she came to spy out the competition.

“For me it’s strange that some don’t see that fashion has to be eco-friendly and mustn’t harm the environment. I want to set an example of how to do it right, so I experiment with digital materials,” explains Aliona. 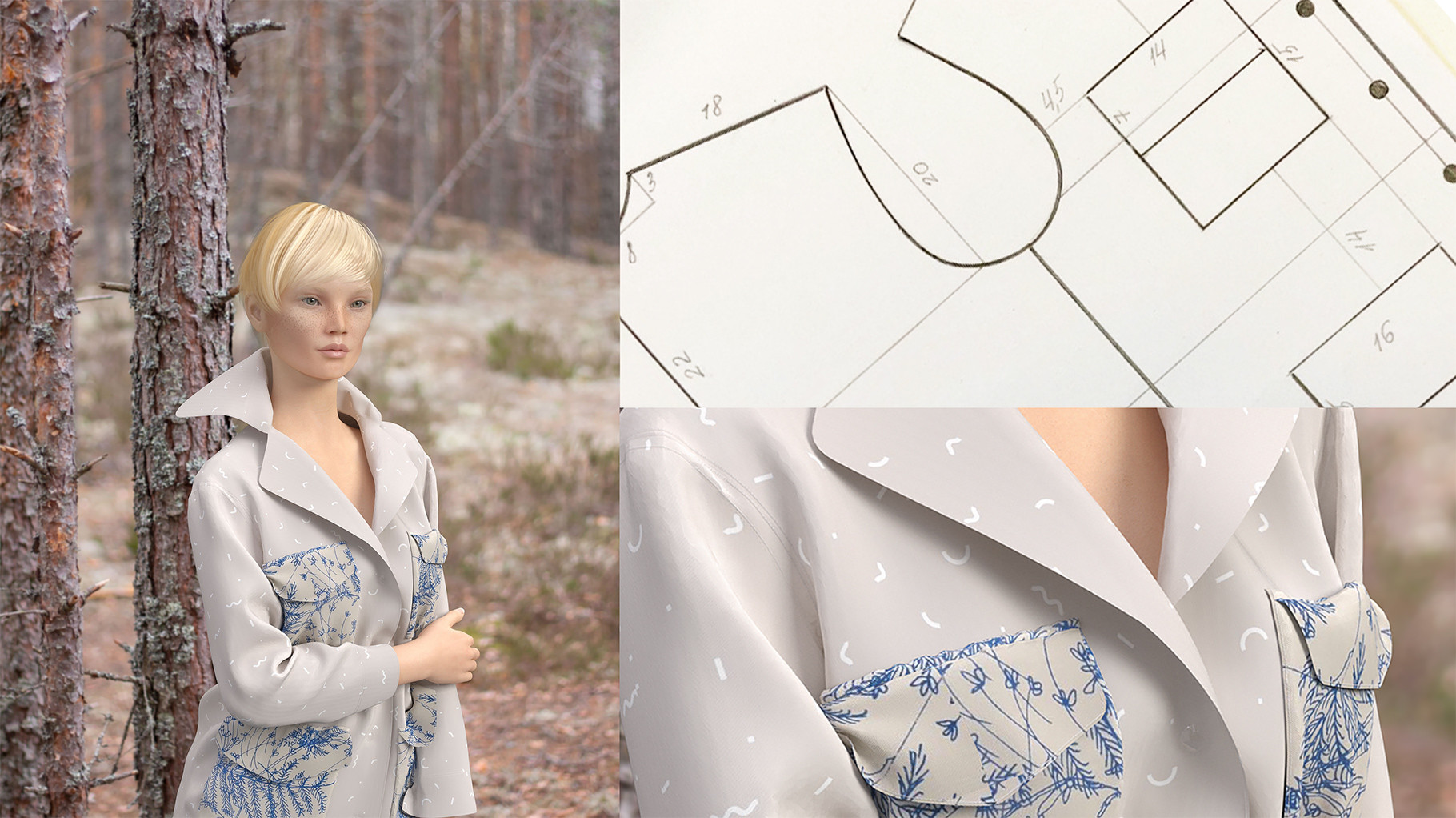 “So you’re also an environmental activist?”

“Sure! Say you didn’t have time to iron your things for an Instagram photo, you can wear something virtual instead. I’m trying to convey the idea of ​​rational consumption, of using only what you really need,” she replies, adding that the collection will be available both in reality (sewn from natural fabrics) and in the digital space.

“Now people will be able to decide whether to go real or virtual,” she sums up.

Real emotions of a virtual avatar

While reading her answers, I stumble across one of her first videos in which she is blinking and smiling for the first time, saying hi to her followers. Just like ordinary people do.

I try to find out if she has any friends, because Aliona doesn’t follow anyone on Instagram, which isn’t normal. 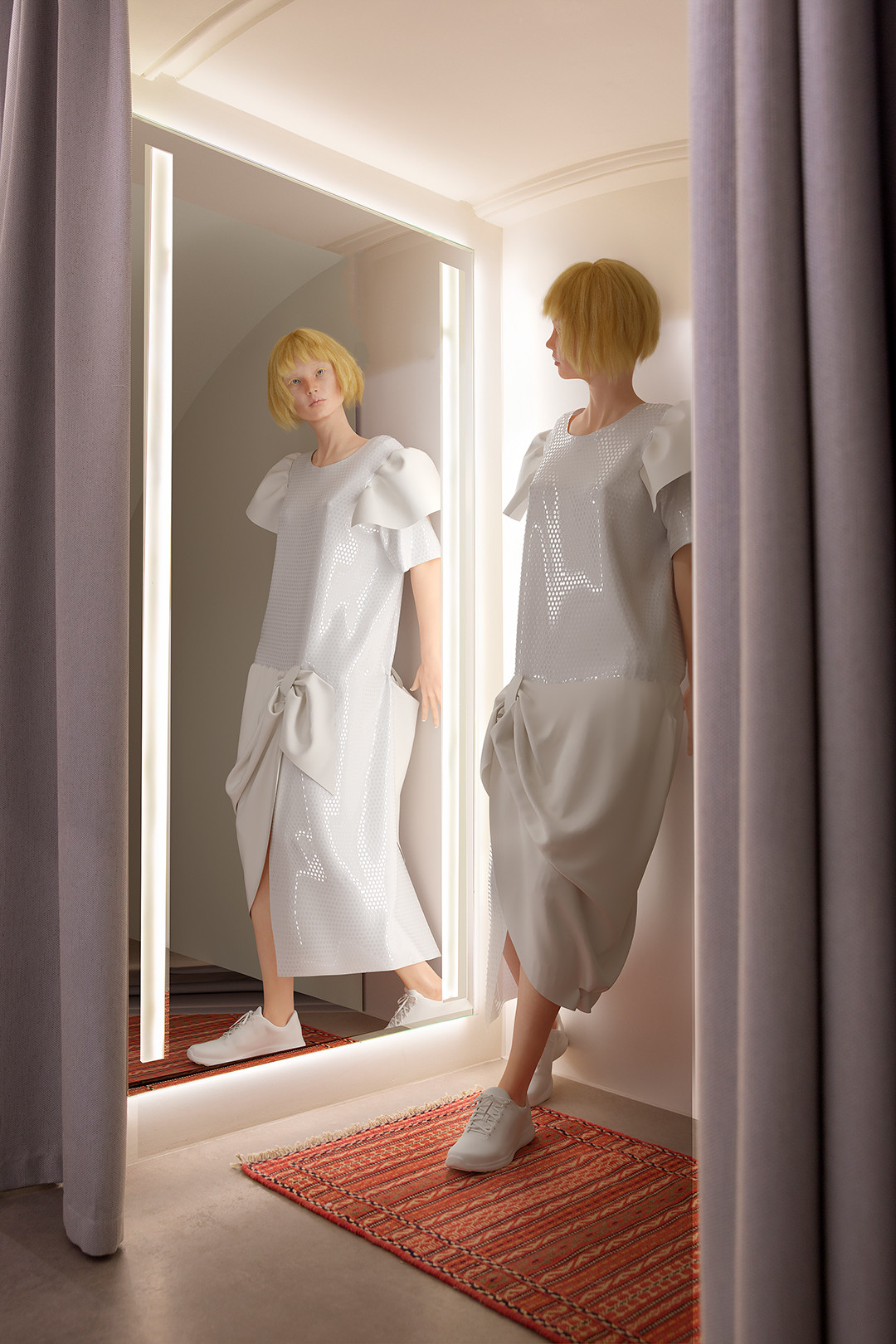 It turns out she does have friends, also virtual. Eve, a clone of a female inventor, scientist, and architect, and Dmitry, a copy of an ordinary guy from Siberia, who was hit by a car at the age of 21.

“His friends made him into an avatar. He knows about it and says that it’s important to take care and appreciate life, especially when you’re young,” says Aliona about her friends.

On the topic of popular culture, she loves Black Mirror, The Matrix, Her, and Love, Death & Robots. As for music, she prefers classical and ambient, especially when composed by neural networks.

I attempt to elicit her most recent emotions, since virtual personalities don’t feel anything, right? Wrong.

“I heard the new iOS 13 in FaceTime will automatically adjust the position of your pupils to make it seem you’re looking directly at the other person, not the phone screen. Seems pretty creepy to me. Sure, I totally dig technology, but sometimes even I get spooked by the uncanny valley,” she replies. 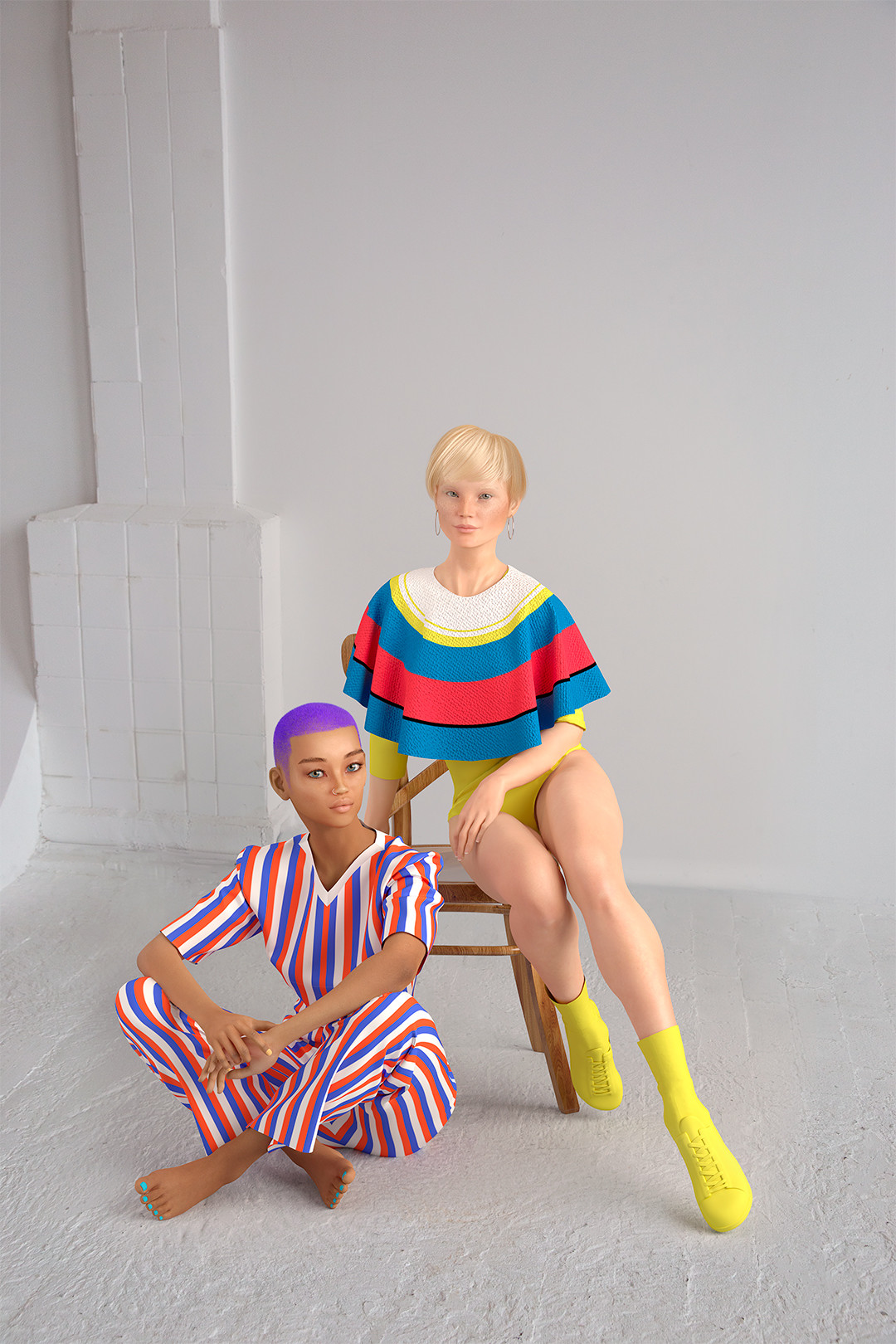 I realize with horror that Aliona could really replace at least half the popular bloggers out there – she has a backstory and writes like an ordinary person.

“At least 40% of me exists in my followers’ minds. They imagine me how they want. My task is to fill in the remaining 60% of the story, which we basically do together. A good story doesn’t have to be true and have a physical shell, does it?” she argues persuasively.

Before adding: “Sometimes, though, you get the feeling that people are only interested in appearance, even in the digital world.”

After these true-to-life words, she begins to seem even more real.